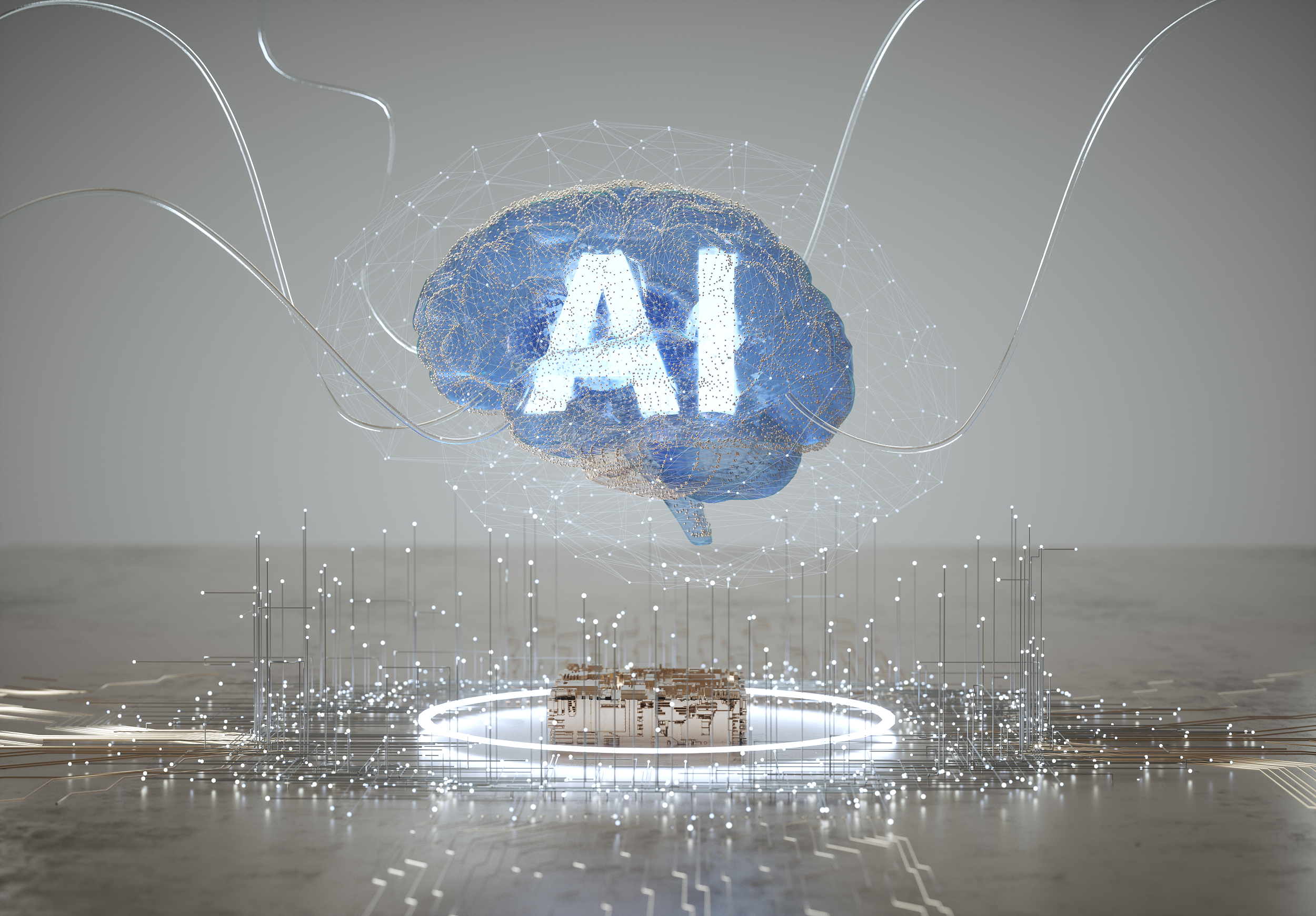 Alan Turing, the father of computer science, defined that a machine is intelligent if it is capable of conversing with a human without being identified as a machine.

Only in those days, this epoch-making contribution seemed quite lonely. AI has not yet been named, has not formed a discipline, and has no research team.

Recently, a conversational artificial intelligence platform-based company, Speed ​​Technology Co., Ltd. (hereinafter referred to as Speed) submitted a prospectus to the Shanghai Stock Exchange, planning an IPO on the Science and Technology Innovation Board, and CITIC Securities is the sponsor. The company was established at Cambridge University in the UK in 2007 and has successively received investment from Lenovo Star and Alibaba.

The prospectus shows that during the reporting period, the company failed to get rid of the AI ​​company’s loss dilemma, with a cumulative loss of more than 800 million yuan in the past three years, and the gross profit margin also continued to decline.

How did Spitsch develop in the field of artificial intelligence? How is the business organized? What challenges exist? This article will focus on answering these questions.

In 2007, Yu Kai, who was studying for a Ph.D. in speech recognition at Cambridge University, found Gao Shixing and Lin Yuandong, who were studying abroad together, and co-founded Spirit.

He hopes to industrialize what he has learned, transform the world with technology, and choose to join the intelligent voice track.

At the beginning, Spiech was exploring commercialization in the field of education.

Gao Shixing found that there are great opportunities in the voice market, especially the application of voice technology in the field of education, but there are few corresponding companies, and only iFlytek is the dominant player in China.

At that time, it coincided with the promotion of Chinese culture around the world, and the procedures for domestic teachers to go abroad were cumbersome, so the three of them positioned the commercialized landing scene in the business of Chinese as a foreign language, and provided a technical platform for students studying Chinese abroad in the form of man-machine dialogue.

In Gao Shixing’s initial vision, with the voice interaction technology, the company can serve educational software companies and even make products by itself.

Spicer’s early development was not smooth. At that time, artificial intelligence was not yet popular, there were bottlenecks in speech technology, and market awareness was low, which made it difficult for Spiech to commercialize. Gao Shixing said frankly in an interview, “In the early days, we were looking for nails with a hammer, desperately looking for customers, and asking customers to use artificial intelligence technology. Customers are half-assisted, and the scene is limited.”

A year later, Spiech was invited by the Suzhou government to return to China to start a business. This year, Yu Kai was still a postdoctoral student in Cambridge, doing research on full-link interactive speech technology. Lin Yuandong continued to be in charge of overseas Chinese business, and Gao Shixing returned to China to open up new businesses. Lead a team to develop technology to provide Chinese people with learning English.

After returning to China, Spichi did not quickly clarify the future direction of the company, and went through a period of business exploration.

First, in 2011, Apple launched the Siri function, and the voice interaction market was very popular.

But at that time, the company was unable to make ends meet, and the money on the books was only enough for a few months, so Gao Shixing had to mortgage his house. After that, at the most difficult time for the company, Ko Shixing mortgaged the house twice.

During this period, in 2012, Spirit completed the A round of financing, and obtained the investment amount of 10 million yuan from Hetang Venture Capital and Lenovo Star.

In 2014, Spichi spun off the original education sector, decided to focus on empowering terminals, and launched a dialogue intelligent cloud platform – dialogue workshop.

This inflection point in the business means that the company is officially on the right track and increasingly looks like a pure AI business.

The next few years saw a period of steady development for Spirit. 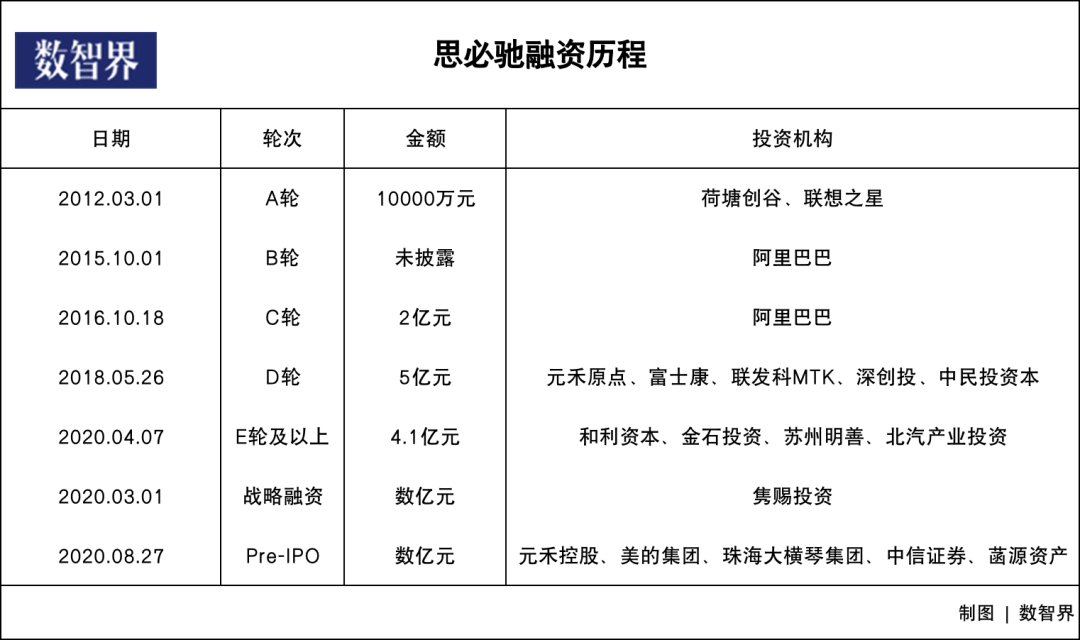 In 2018, in order to improve the performance of intelligent voice, Spichi, which has not yet made a profit, increased investment in research and development, opened new business scenarios, and established a joint venture with SMIC Juyuan, an investment company affiliated to SMIC, to establish a more expensive chip company Shanghai. For Shencong Semiconductor Co., Ltd., Spitsch empowers it with technology and resources to create an integrated overall solution of “algorithm + chip”.

Zhou Weida, chairman of Shencong Intelligence, is the original CTO of Spiech, and he explained the reason why Spiech went off to manufacture chips in an interview with the media:

On the one hand, the number of platforms covered by the Spiez products has increased, and the needs of customers vary widely. The problems of the existing general-purpose chips have gradually become prominent. On the high-performance platform, the power consumption requirements cannot be met. On the low-end hardware platform, the Spiech The technical ability of voice cannot be fully reflected. On the other hand, Spirit’s business model also puts forward demands on making chips. Spirit is on the front line of business and needs to provide professional hardware services.

After years of exploration, Spichi is now a conversational artificial intelligence platform enterprise.

Conversational AI refers to technologies that users can communicate with via voice or text, such as chatbots, virtual assistants, etc. Conversational AI products can replace human dialogue to complete a large number of repetitive and regular dialogue tasks, and optimize the workflow and functional focus of reconstructing dialogue services. 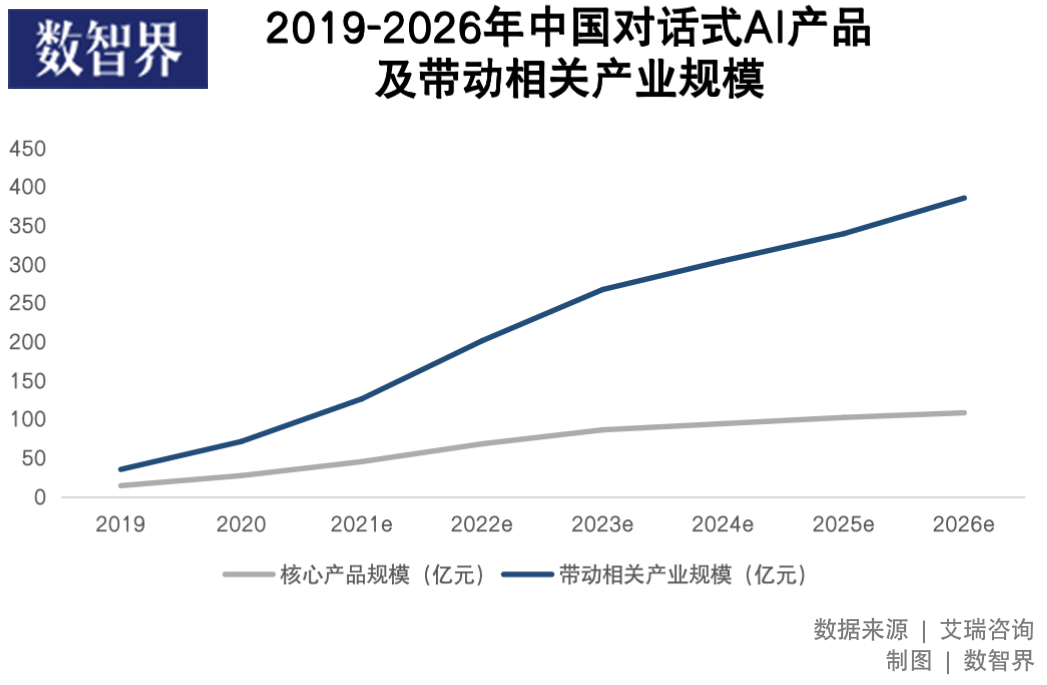 The integration of software and hardware artificial intelligence products is the current business focus of Spiech, and this part of the business is listed as the first source of income in the prospectus.

In 2019, SPIQI implemented a product strategy of integrating software and hardware, and gradually created solutions covering complete product forms such as AI voice chips, AI modules and AI terminals. All three have formed standardized products, and sales have gradually increased. Among them, the revenue of AI terminals will occupy the majority from 2019 to 2021.

However, Spiech’s gross profit margin has shown a downward trend in recent years.

During the reporting period, the comprehensive gross profit rate of Spiech was 72.17%, 69.74% and 58.15% respectively, showing a downward trend as a whole, which was strongly related to the business changes of Spiech – the change in the product structure of Spiech during the reporting period, the gross profit The proportion of revenue from software and hardware integrated artificial intelligence products with relatively low interest rates increased.

Due to the fact that the software and hardware integrated artificial intelligence products are still in the market promotion stage in 2020 and 2021, and the market competition is fierce, the gross profit margin of this product is 28.75%, 24.74% and 19.12% respectively from 2019 to 2021, declining year by year. .

As a typical company with strong technological attributes, Spiech is facing the consistent pain points of AI technology companies: difficulty in making profits and high losses. Next, Spiech will also face the following challenges.

First, the future application and commercialization of core technologies is uncertain.

Specific to the intelligent speech and language industry, compared with other segments of the artificial intelligence industry, due to its higher degree of customization, relatively low scale speed, slow commercialization, and relatively greater difficulty in crossing the “chasm” .

In addition, some core products of Spirit are still in the research and development stage, and it is not known whether the industrialization strategies such as product positioning and technology application in the future can be recognized by the market.

Second, the reduction of star shareholders’ holdings is a major hidden danger for Spichi.

The prospectus shows that starting from March 2020, Alibaba and Lenovo Star have sold part of the shares of Spiech twice within a year. Alibaba’s shareholding ratio has dropped from the original 18.32% to 13.22%, while Lenovo Star has From 8.13% to 5.21%.

Alibaba invested a total of 300 million yuan in the B rounds and C rounds of Spirit in 2015 and 2016, and there has been no additional investment since then. Lenovo once nominated a shareholder to Spiech, and after April 2020, Wang Mingyao, the nominated shareholder of Lenovo Star, no longer serves as a director of Spiech.

The most intuitive impact of the reduction of shareholders’ holdings on Spiech is the shrinking of the market value. In August 2020, the valuation of the Pre-IPO round of Spiech was 4.5 billion yuan. Two months later, after Alibaba and Lenovo Star completed two rounds of reductions, the company’s market value shrank by 200 million yuan.

There are also frequent changes in the head customers of Spirit. From 2019 to 2021, in addition to OPPO Guangdong Mobile Communications Co., Ltd., which is stable in the top five customer sales seats, other major customers have been in a state of non-stop rotation for three years.

Third, the competition in the industry is fierce, and Spichi has to compete with a large number of competitors in the market.

According to IDC data, the market size of the domestic artificial intelligence software voice semantics field was about 2.2 billion US dollars last year, and the overall market was relatively fragmented. Among them, iFLYTEK, Alibaba Cloud, and Baidu Smart Cloud ranked first, accounting for about one-third of the total. share, Spiech is in the second echelon. 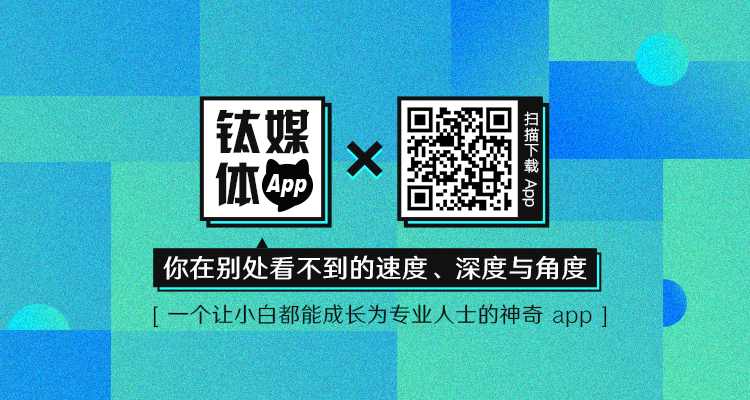 In addition to this, Spicers may also face potential competition from global technology companies.

This article is reprinted from: https://readhub.cn/topic/8hWlvrUcCui
This site is for inclusion only, and the copyright belongs to the original author.