On August 16th, Tencent Magic Core announced that it will stop the distribution of digital collections. All users who have purchased digital collections through its platform (including Tencent News Digital Collection Museum) can choose to continue to hold or initiate a refund application.

At this point, the long-rumored Tencent plans to put an end to the outage of the magic nuclear business. This platform, which has been online for less than a year and was once one of the largest digital collections in China, has ended its mission.

Tencent insiders said that this magic core adjustment does not involve the layoff of team personnel. As for the reason for the adjustment, the insider revealed that it is for the consideration of overall cost control and revenue efficiency, and also to implement the continuous cost reduction and efficiency increase strategy at the Tencent Group level.

The latest news shows that Wang Shimu has resigned and will join Baidu as the general manager of Baidu AI products.

But then, Baidu said that there is no final conclusion on whether Wang Shimu joins Baidu, and everything is still being communicated and confirmed. 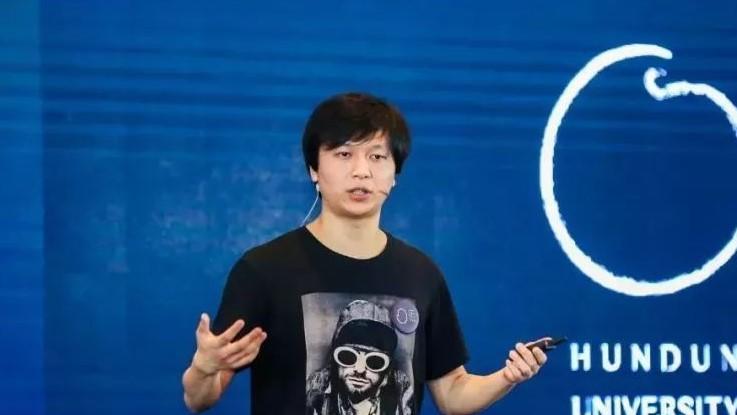 According to public reports, the Magic Core business was launched in August 2021 and is an independent digital collection platform under Tencent.

In July of this year, it was reported that Tencent was planning to abolish the “Magic Core” business, and this news had been conveyed in the core of the Magic Core (low-level managers within Tencent). There was no official response at the time.

At that time, Jiemian News said that the more direct reason for the abolition of Magic Core was Tencent’s “cost reduction and efficiency increase”. That is to say, a new GR (Gate Review) mechanism has been established within PCG. If the project does not meet expectations after a certain stage of development, it will be shut down for adjustment. In February 2022, the shutdown of “Little Goose Pinpin” is a product of this mechanism. Xiaogepinpin is affiliated to the NBase department of the creation camp, and its person in charge is Wang Shimu who hatched the magic core.

According to public information, Wang Shimu graduated from the Industrial Design Department of Zhejiang University. In the first year of work, he worked as a designer in Alipay’s life assistant, and then gradually transformed into products.

Therefore, Wang Shimu is considered to be a typical product person with Internet thinking, and he became famous because of NetEase Cloud Music.

But it is clear that the former NetEase executive seems to have encountered difficulties in the year he joined Tencent.

Leifeng.com learned that from leaving NetEase in 2019, to airborne Tencent in 2021, and to leaving Tencent in 2022, in addition to Magic Core, Wang Shimu has also been in charge of projects such as Tencent News and Xiaogepinpin. These projects either failed in transformation, or announce closure.

In May of this year, Wang Shimu’s one-year personalized recommendation reform on Tencent News failed. Since then, the decline of Tencent News has become a consensus in the industry.

At that time, for Wang Shimu, coming to Tencent News was a promotion. Tencent News has always been held by senior executives at the company’s vice president level, while Wang Shimu is only at the general manager level of the department, and is also the first Tencent News person in charge of non-content background.

After Wang Shimu took office, his main job was to promote the reform of data and algorithm recommendation, and to change the situation of too much low-value content in Tencent News.

However, this transformation cannot be said to be successful. In 2021, Tencent Media’s advertising revenue will drop by 7% year-on-year. In the first quarter of 2022, the year-on-year decline in this revenue expanded to 27%.

In addition, these drastic reform measures have caused turmoil in the Tencent News team to a certain extent. From the end of 2021, many teams will be disbanded or transferred.

In June of this year, there was a lot of news about Tencent News’ layoffs.

According to “Leopard Change”, the Tencent News team has about 1,000 people, which will be reduced to 800 after optimization, and this is only the first round, and the final number may be reduced to 500.

With the failure of the reform, in May this year, Wang Shimu was officially transferred from Tencent News; this also means that just one year after joining Tencent, the person in charge was internally marginalized.

On the same day that Wang Shimu was transferred, He Guoshuai, editor-in-chief of Tencent, Ma Teng and Yang Ruichun, deputy editor-in-chief, also resigned. They are all the management of Tencent News, and no new appointments have been announced after leaving office.

According to a LatePost report, the most intuitive performance is that He Yijin, the new head of Tencent, does not report directly to Tencent COO (Chief Operating Officer) and PCG head Ren Yuxin (Mark), but to PCG technical head Zeng Yu , with a gap in the middle.

The previous two Tencent News business leaders Chen Juhong and Wang Shimu reported directly to the business group leader Ren Yuxin during their tenures. In addition, He Yijin’s current title is the general manager of Tencent’s business, and the first leaders of other PCG businesses such as Tencent Video, Yingbao, QQ, search, and Kandian are the vice presidents of the group, a higher level.

This article is reproduced from: https://www.leiphone.com/category/industrynews/Cb1eizPXVNGD2sBw.html
This site is for inclusion only, and the copyright belongs to the original author.