On April 26, the 11th meeting of the Central Financial and Economic Commission was held. The meeting proposed to study the issue of comprehensively strengthening infrastructure construction, emphasizing that infrastructure is an important support for economic and social development, and it is necessary to coordinate development and security, and optimize the layout, structure and function of infrastructure. and development model, build a modern infrastructure system, and lay a solid foundation for building a modern socialist country in an all-round way.

The meeting emphasized that it is necessary to guide market expectations, clarify policy orientation and principles, and stabilize market confidence. The meeting pointed out that it is necessary to strengthen the construction of network-based infrastructure such as transportation, energy, and water conservancy, and focus on networking, supplementing the network, and strengthening the chain, and strive to improve network efficiency.

A number of institutions today interpreted the spirit of the eleventh meeting of the Central Financial and Economic Commission. The agency believes that this meeting has comprehensively enhanced the importance of infrastructure, and further opened up the medium and long-term development space of the sector. “Moderately advanced infrastructure investment” has become a stable orientation in the medium term. The infrastructure sector has a high probability of achieving high growth this year. It is recommended that Pay close attention to infrastructure chain investment opportunities.

GF Securities published a research report stating that the Central Finance and Economics Committee meeting involves the top-level design of major economic issues that “relevant to the fundamental and long-term”, so the spirit of each meeting is extremely important. The theme of this conference is infrastructure construction, which has given a relatively high tone to infrastructure construction. Judging from the spirit of the meeting, “moderately advancing infrastructure investment” is a stable orientation in the medium term.

CICC: Infrastructure has been mentioned as an important position related to the economy and security, which will help to enhance the growth center of infrastructure in the medium term.

CICC believes that on the basis of the spirit of this meeting, combined with the 23 measures recently issued by the central bank, it will help ensure the joint efforts of infrastructure projects and funds, accelerate the implementation of major construction projects in the 14th Five-Year Plan and form a physical workload. Judging from the recent situation, the growth rate of generalized infrastructure investment in the first quarter of this year reached 10.5%, the highest point since 2018 (not considering the high growth of infrastructure caused by the low base in the first half of last year). Statistics Bureau data shows that in the first quarter of this year, fixed investment The growth rate of funds in the government budget reached 34.7%, and the pre-existing characteristics of fiscal expenditures are obvious, and the growth rate of subsequent fund expenditures may slow down. CICC believes that if the epidemic is alleviated in May this year, combined with the recent introduction of favorable policies, physical investment in infrastructure is expected to be recovered to a certain extent within the year.

Guosheng Securities: The importance of infrastructure investment has been comprehensively increased, and the medium and long-term space has been further opened

Guosheng Securities published a research report saying that this meeting comprehensively enhanced the importance of infrastructure investment, further opened up the medium and long-term space for related sectors, and continued to remind that this year’s infrastructure is likely to achieve high growth, with a year-on-year growth of about 8% or even higher. , Investors are advised to pay close attention to investment opportunities in infrastructure chain: transportation, energy, water conservancy, pipeline network , etc. Among them, security infrastructure, such as key information infrastructure, disaster prevention, infectious disease prevention and control and other fields, are particularly worthy of attention . 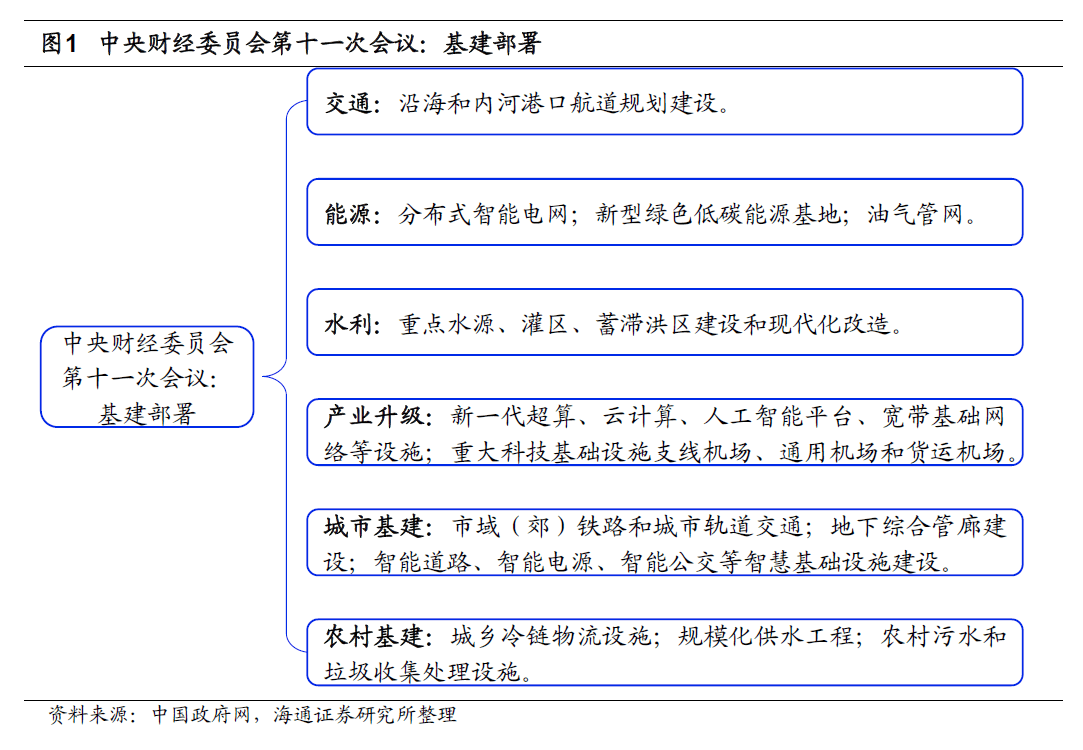 Zheshang Securities: Raise the forecast for infrastructure investment (excluding electricity), and it is expected that the year-on-year growth rate will reach 7%

What are the investment opportunities in the infrastructure sector in the Hong Kong stock market?

So, what are the investment opportunities in the infrastructure industry chain in the Hong Kong stock market? According to the company’s growth and price-to-book ratio in 2021, Futu Information has briefly sorted out the companies with larger market capitalizations in the Hong Kong stock market. It is only for the reference of cattle lovers and is not recommended as a single stock. 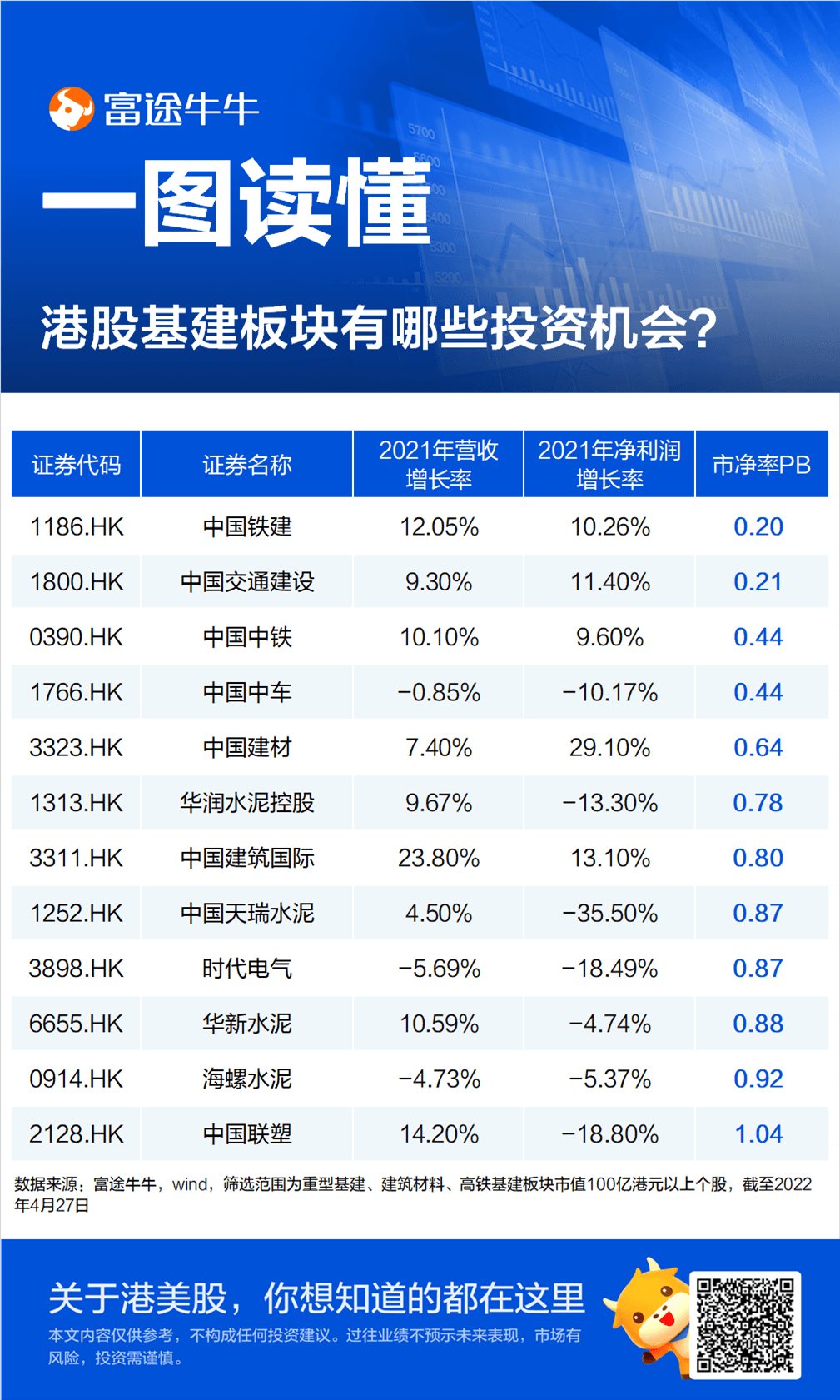 This article is reprinted from: https://news.futunn.com/post/14933683?src=3&report_type=market&report_id=204189&futusource=news_headline_list
This site is for inclusion only, and the copyright belongs to the original author.