When Steve Jobs unveiled the first-generation iPhone in 2007, he probably didn’t know that one of the most important functions of a smartphone going forward would be to watch video. At that time, 3G and Wifi were not yet popular, the GC video platform was still in its infancy, and the concept of “short video” had not even been born. With the exception of Apple, none of the early smartphone makers seriously considered video viewing in the design process.

Therefore, from the day of its birth, smartphones have been mainly used in the vertical screen. A 2013 survey by design professional community UXmatters revealed that the vast majority of users are used to holding their phones vertically rather than horizontally. I believe that this ratio has not changed today, because for mainstream users, the benefits of holding the phone upright are obvious:

The problem is that the limitations of holding a phone upright are equally obvious: it’s very unsuitable for playing games and watching videos of high production standards. For game makers, this problem can be solved – when users play heavy games, they often use a relatively long “block time” to prepare themselves for being immersed in it, so they are happy to hold their mobile phones sideways. In essence, this is a temporary sacrifice of convenience for the immersion of the game. In casual games that do not require high immersion and technical expression, the vertical screen interface is still relatively common.

In contrast, the problems faced by video producers are more serious, especially for those PUGC producers, and developers of “industrial entry-level” short content (such as short dramas, micro-movies), “horizontal vs vertical”. “screen” has become a problem that cannot be bypassed but is difficult to solve. In the past ten years, this problem has been plaguing the online video content industry, and to a certain extent, it has affected the further improvement of the penetration rate of video content. Let’s try to explain it as concisely as possible:

First, human eyes are naturally more accustomed to viewing horizontal screen content. Humans’ field of vision in the horizontal direction is much larger than that in the vertical direction, which is why the global film industry has been developing in the direction of “widescreen” in the past 100 years – the earliest is 1.33 to 1, then 1.85 to 1, and now the most popular of 2.35 to 1. And that’s not all, some professional monitor manufacturers have even introduced 32:9 (3.55:1) ultra-wide resolutions; perhaps we’ll see such ultra-wide content in movie theaters soon.

Secondly, the range of human activities is limited by gravity, and the ability to expand in the horizontal direction is much greater than that in the vertical direction. In any kind of drama, the main range of activities of the characters is their own height range, so most of the drama conflicts occur in the height range of ordinary people and the like. For most topical content, there is not much to do vertically.

Finally, before the birth of smartphones, the entire film and television industry system of mankind was built around the horizontal screen format. If you want to produce 1:85:1 or 2:35:1 industrial-grade video, then you have a set of standardized and powerful processes to use from the early stage to the post-production process; it is a lot of trouble to make a vertical screen video. Basically, it is trimmed on the basis of the horizontal screen format. 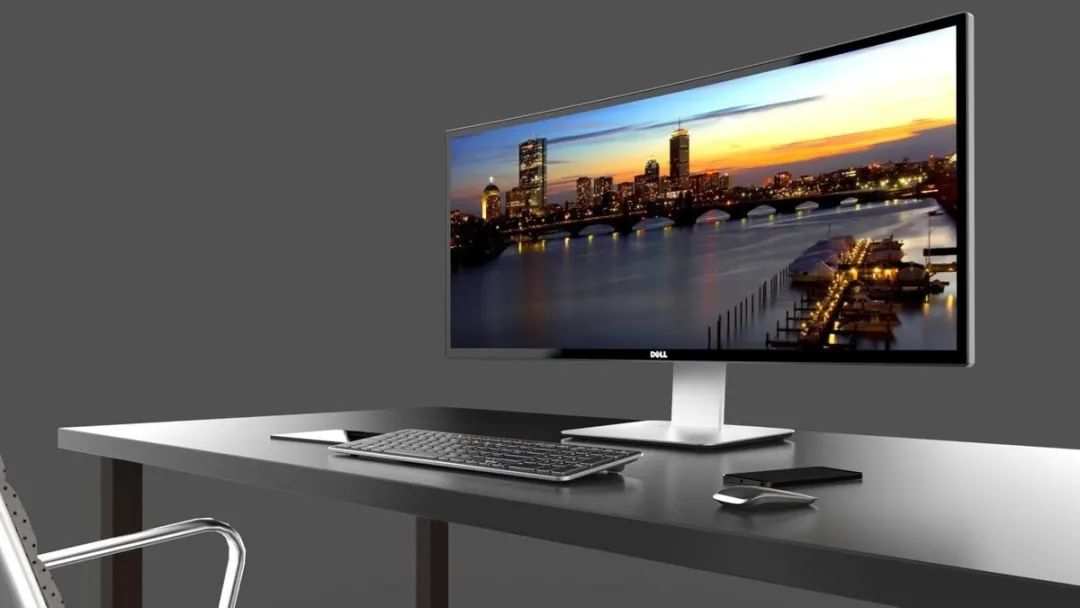 It is undeniable that vertical screen video does have a unique advantage: the perspective is focused on the protagonist, which can greatly enhance the personal appeal of the protagonist. Therefore, the vertical screen is especially suitable for conversation, talent and some daily video content. Most of the personal live content is also in vertical screen, because this allows the anchor himself to occupy as much space as possible, making his speech more persuasive, and making his body language more exaggerated and easier to impress.

However, the “advantage scene” of vertical screen live broadcast is actually very narrow. The more complex, dramatic, and professional the video content, the more obvious the disadvantage of the vertical screen compared to the horizontal screen. Take two simple examples:

You may think that it is very simple to solve the problem of “vertical screen VS horizontal screen”. You only need to choose horizontal screen for industrial-grade long videos (such as film and television dramas), and vertical screen for PUGC-grade short videos. Isn’t it over? That’s what most platforms and content creators think in the first place. However, with the continuous evolution of Internet video content, some more thorny problems have arisen:

You may notice that some “medium video” content parties have adopted a compromise solution: adding borders to the top and bottom of the horizontal screen video to make it more in line with the viewing habits of vertical screen users. For example, the video below has a title bar above and a subtitle bar below the 1:85:1 original material, making it 1:33:1, barely able to cover both landscape and portrait users (but not very clever). ).

Some content parties go further, adding larger borders, and turning 1:85:1 (or even 2:35:1) horizontal screen material into a 3:4 or even 9:16 vertical screen. . This method is even less clever, because the large border does not provide information, but prevents users from turning to landscape viewing. Sadly, many corporate promotional videos, movie trailers, and short documentaries are currently broadcast vertically on short video platforms in such a “framed” format. The sacrifices made by this method of communication are too great.

To sum up: horizontal video has an absolute advantage in professionalism and expressiveness, while vertical video is mainly advantageous in terms of user convenience (and personal appeal). We haven’t been able to find a unified framework to solve the problem of “what kind of video should be horizontal screen, what kind of video should be changed to vertical screen”, let alone “how to effectively spread horizontal screen content on vertical screen video platform” The problem. To really solve the above problems, I am afraid that only by relying on the maturity of VR glasses and even brain-computer interconnection, then the format of video content will no longer be constrained by the hardware platform of smartphones – but this is unlikely to happen within ten years.

In any case, based on the experience and common sense of the past years, I still believe that the development space of horizontal screen video will gradually expand, narrowing the gap with vertical screen video. If “China Video” can really become an independent video form, then it still has to be dominated by horizontal screens. Now the most popular knowledge video, the best way to implement it is also horizontal screen. In addition, I always think that the “vertical screen drama” is just a gimmick that is bigger than the actual vertical content, and its market space will be very narrow.

This article is reprinted from: https://news.futunn.com/post/16352292?src=3&report_type=market&report_id=207926&futusource=news_headline_list
This site is for inclusion only, and the copyright belongs to the original author.