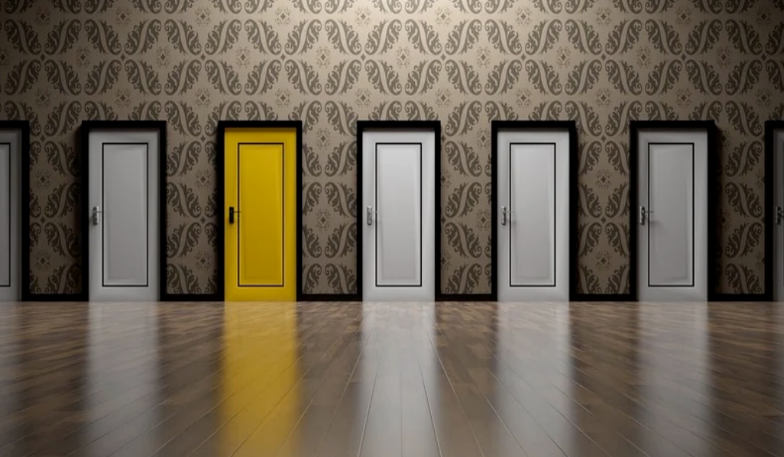 This is the original 1708th issue of the vernacular blockchain

To say that one of the most important events in the encryption field this year may be the ever-closer consensus merger of Ethereum. After all, in addition to its own market value of more than 100 billion US dollars, there is also a huge ecosystem . This upgrade of Ethereum will bring major changes, and these changes will inevitably bring about the division of the community and also bring new opportunities…

A fragmented community of hundreds of billions of dollars

The father said that the public was reasonable, and the mother said that the mother was reasonable. The Ethereum community has been discussing this matter the most, because Ethereum’s switch to POS means a one-size-fits-all “abandonment” of the original community’s POW block producers. If we compare our hearts to our hearts, it really makes the POW block producers who have maintained this system day and night feel chilled for many years. As a result, we saw the “computing power transfer” protest on the eve of EIP1559, and the shutdown of EthFans, the oldest and most influential Chinese Ethereum community…

Before the shutdown of EthFans, the editor-in-chief A Jian also made many appeals on behalf of the interests of POW block producers. He believes that EIP1559 is a permanent income deprivation. Although the POS mechanism has many advantages, the POW mechanism is even more indispensable. However, in the end, the developers of the Ethereum community are resolute about EIP1559 and the merger that hurt the interests of POW block producers. At present, it seems that the division of the community is already a certainty.

Ethereum POW block producers generally believe that even though the advantages of the POS mechanism outweigh the disadvantages, can it sacrifice the interests of a large number of people? Where was the fairness in the first place?

In fact, with the change of Ethereum’s route, the Ethereum mining industry with a scale of over 10 billion US dollars is currently facing a turning point. Should you choose to sell the equipment and join POS Staking, or will you die until the last minute and then switch to other projects?

A new order in chaos

When a whale falls, all things are born, not to mention this huge and vibrant encrypted community. It will inevitably bring some new opportunities due to the division of the community, and a new order will also be born in the chaos. At least we can see the following What time is it:

1. There are also a large number of users and funds behind the migration of the industrial chain. Where will they flow?

The fragmentation of the community usually brings about a change in consensus, and it is believed that POW block producers who have been treated unfairly may transfer tens of billions of funds to other POW ecosystems, such as the recently popular Ethereum Classic. However, perhaps when people calm down, they will find that Ethereum Classic, which adheres to the POW route, still faces various problems that existed in Ethereum in the past. Therefore, this choice may not be a long-term solution. Similarly, other projects focusing on POW are similar.

For block producers and funds facing a decision, it is a good choice to follow the income in the short term, and consider flowing into a public chain with a stable consensus mechanism and long-term sustainable development . When it comes to the stability of the consensus mechanism, then the POW/POS hybrid consensus mechanism that V God expressed on social media some time ago may be a “one-step” option?

The current POW/POS hybrid consensus mechanism has been verified only by Decred and its fork Decred-Next ( for Decred-Next, please refer to the previous article ), from the perspective of their market performance, community support, and innovation From the point of view, it is obvious that the advantage of the latter is better.

The consensus mechanism of Decred-Next has also been introduced before. Even Buterin thinks that the POW/POS hybrid consensus mechanism is good. In short, it retains the advantages of POW and obtains the advantages of POS. These two mechanisms are jointly protected. Down to the effect of 1+1>2, making the system more stable and secure. It is precisely because of its many advantages that DCRN has received a lot of support and recognition, including the recent addition of Antpool’s access support to DCRN.

The long-term consideration met, and the immediate short-term interests also met , because Decred-Next is a high-profile new chain forked from the backbone of the former community, and the POW block production in the early stage of development is considerable, so a large amount of computing power has been brought out from the DCR community. Power, last week, DCRN computing power nearly tripled.

At the same time, as in the previous article “The competition of the trillion-dollar public chain is fierce, is there still a chance for the new public chain? “The DCRN mentioned in the line was very popular as soon as it was launched, and its market value rapidly increased by nearly 6 times, which has surpassed the original community project Decred. Unlike many newly launched projects, which are “the peak when they go live” , DCRN has not plummeted after a period of time. The current market shows a trend of unabated popularity . Combined with the continuous surge in computing power on the other side, the launch of this public chain is quite a bit. It went well, it can be said to be a double harvest of computing power and market.

2. The merger of Ethereum may bring about a wave of POS Staking

In the past, POW block producers were really heartbroken . They not only had to deal with the 7*24-hour operation and maintenance of hardware and software facilities, but also constantly looked for lower-cost power resources, and at the same time, they had to guard against various “new chips”. , “low-cost new energy” invoicing, from the recent selling tide of graphics cards, we found that quite a few people are already tired, and they plan to join the POS Staking, which is easier and less “rolling”, to lie down and win. It is also a major migration point for the mining industry behind Ethereum to POS.

Due to the popular science and cognitive output of V God and other KOLs, many people have relatively accepted POS staking. Of course, people are still profit-seeking. Wherever there is more gain, they will go there. The Decred-Next mentioned above also has The POS Staking option is also a good choice for those who not only retain a favorable impression of the POW consensus mechanism, but also do not exclude participating in POS Staking.

Recently, I learned from the Decred-Next community that the initial APY participation in DCRN POS Staking exceeds 1700%. Although it is said that with the entry of more and more participants, this number is definitely only short-term, but it is indeed a short-term quick acquisition of more DCRN catches A good opportunity to live the dividends of this emerging public chain.

With the adoption of more and more public chains, especially the giant Ethereum, the future POS Staking industry is already on the way to surpass the POW industry…

The field of encryption has continued to move forward in the chaos of previous consensus splits in large communities. We have seen new opportunities brought about by the merger of Ethereum, and we have also seen Decred’s transcendent fork, Decred-Next, which has brought “have the best of both worlds”. sustainable development plan . The world is not black and white. POW and POS do not have to be competitive. While maintaining the original intention of POW, we can also embrace POS.

This article is reprinted from: https://www.hellobtc.com/kp/du/07/3978.html
This site is for inclusion only, and the copyright belongs to the original author.