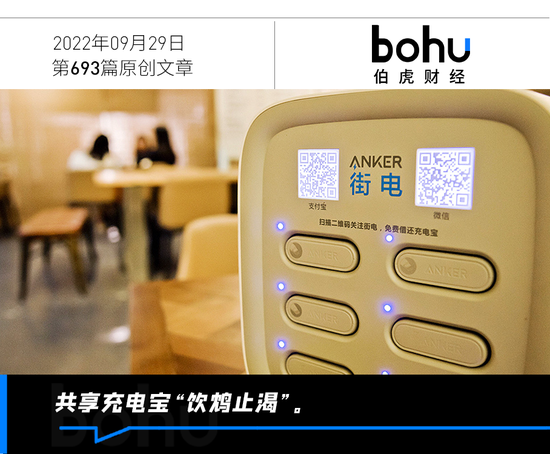 Just after the “ice cream assassin” was captured in the summer, another “charging assassin” came in the autumn.

Recently, the news of the price increase of shared power bank has rushed to the hot search, from the early 0.5 yuan/hour collectively into the “4 yuan era”, and the charging price of some popular attractions is even as high as 10 yuan per hour.

As soon as the talk show actor House’s complaints came out, he was immediately declared by netizens as an “internet mouth substitute”. Consumers who were “stabbed” everywhere were furious: “It obviously can directly steal money, but it gave me 0.05 kWh of electricity.”

But although consumers are about to be bald, the shared power bank has turned from profit to loss, and the more expensive it is, the more loss it is. “The first share of the shared power bank” Monster Charge lost 125 million in four consecutive quarters last year, and another 280 million in the first half of this year; Xiaodian Technology, which was listed on the market, also reported the news of laying off 2,000 people.

The trend of the case began to become confusing. What about the money that the shared charging treasures earned (grabbed) for 10 yuan per hour?

Where has all the money gone?

The part that is left after the migrant worker pays the rent every month is the disposable salary for that month. The rent money only stays on his card for a short time, which is easy to understand.

For shared charging treasures, a large part of the rental income of charging treasures is only passed on the company’s account, and immediately transferred to the pockets of offline merchants or agents, and the rest is at their disposal. revenue.

For Monster Charge, the above sales and marketing expenses as a percentage of total revenue climbed from 67% in 2019 to 96.2% in the second quarter of this year, that is, almost all of the revenue goes to merchants and agents. “Rent”.

In the agency mode, it relies on the agent to expand the offline, contact the merchant, and then conclude a contract with the bosses of these points, agreeing on the proportion of the share, and the brand only needs to provide equipment and business support. 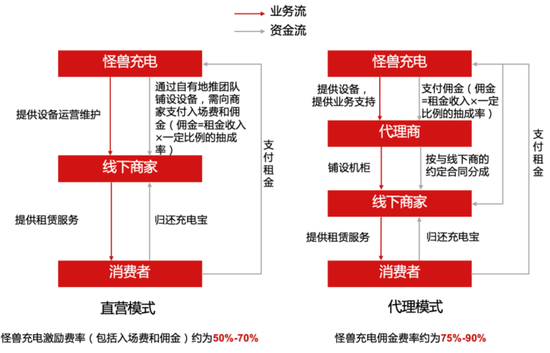 Although the direct sales model can allow the shared power bank enterprises to obtain all the income, it is a test for the cash flow of the company, and it is necessary to pay a high entry fee to the merchants in advance; and the agency management model is lighter than the direct sales management model, and the agent is responsible for it. Point competition and profit pressure are conducive to rapid expansion of the sinking market.

In return, the company needs to pay a commission fee to the agent in a certain proportion from the rent collected by the consumer. Under the invoicing, this commission rate can often reach 75%-90%.

However, in addition to sharing most of the company’s profits, the agents are also extremely difficult to manage, and have extremely high pricing power in their own jurisdictions. Even if the shared charging treasure brand does not increase the price, the agents and point merchants will arbitrarily make more profits. With the price increase, the “high-priced charging treasure” was born. However, the quality of products and services has not been significantly improved while the price has risen, which has resulted in a sharp drop in consumer reputation. 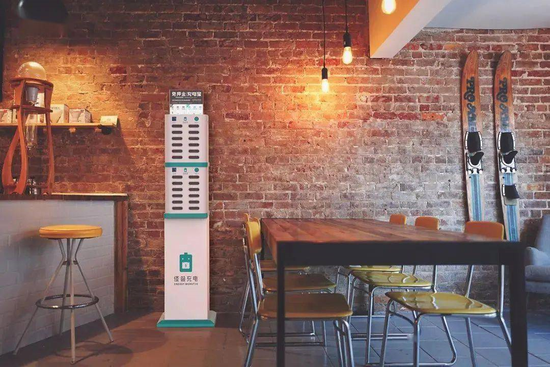 Even so, if the shared charging treasures want to “survive”, they must rely on agents to conquer cities and occupy market share, and “burn money” must continue until the moment when the industry is reshuffled again.

In this way, even if the shared power bank is getting more and more expensive, the share paid by the brand to the agents and merchants is getting higher and higher, the marketing and sales expenses are also increasing, and the performance loss will also appear.

However, such a drama of burning money for growth is not sustainable. The barriers to the shared charging treasure industry are low. Once new capital players enter the market, the scale moat established before is very easy to collapse.

Shared bicycles are a lesson from the past. Now this track has become a wrestling field for Internet giants. The top three in the market are firmly occupied by Hello, which is backed by Ele.me, Qingju and Meituan, which are backed by Didi.

Interestingly, there is also a familiar player on the shared charging treasure track – Meituan.

“Three in and two out” Meituan

The shared power bank, which can be borrowed and returned at any time and solve the anxiety of mobile phone power consumption, quickly opened up the market with its low price in the early days of its birth, and has become one of the few truly profitable business models in the sharing economy format.

In May 2017, Tencent Ventures calculated that the actual profit of each power bank cabinet is 1020-1380 yuan / month, and the cost can be recovered in 4 months, and the annual cost profit rate can reach up to 85%. In the same year, Meituan tested the power bank business on a small scale in Shijiazhuang and Qingdao.

2017 was also the most popular year for the shared charging treasure track. There were 39 investments and financings throughout the year, with a total amount exceeding RMB 3.064 billion. Street electricity, small electricity and monster charging all completed three rounds of financing within the year. .

However, due to the fact that Meituan was caught in the “takeaway battle” with Ele.me and the slow business progress during the trial operation, Meituan’s charging treasure was stranded twice and did not restart again until 2020. At that time, the market structure has undergone earth-shaking changes, and the “three electric and one beast” composed of street electric, small electric, electric and monster accounted for more than 80% of the market share.

However, Meituan, which missed the air, quickly turned the game upside down. Since May 2020, Meituan’s power bank business has been launched in more than 200 prefecture-level cities across the country, and about 70,000 or 80,000 merchants can be launched every month. Meituan has also become the company with the largest growth in equipment volume that year. , the annual active users reached 6.5 million.

The shared power bank industry has also ushered in a new round of reshuffle. In 2021, Jiedian and Soudian announced the official merger into Zhumang Technology, and the industry pattern became “Little Bamboo Beast” + Meituan. As of the first half of this year, Zhumang Technology accounted for 39.5% of the market, and Monster Charge accounted for 21.3%, followed by Meituan and Xiaodian, which accounted for 15.4% and 14.7%, respectively, accounting for more than 90% of the market share.

Meituan quickly squeezed into the top three, which was interpreted by the outside world as a “dimension reduction attack” carried out by its large-scale merchant resources, user traffic, and “ground push iron army”, but the answer may be more than that. In fact, the real reason for Meituan to enter the game to share the power bank is not to make money back in the short term, but to seize the offline traffic entrance.

According to the forecast of the Prospective Research Institute, by 2024, the number of users of shared power banks in China will reach 600 million. The introduction of relatively high-frequency applications such as shared power banks will increase the traffic entry and login frequency of super APPs.

The user scans the code to lend the power bank, and then returns it to the checkout, at least three processes of “view click”, “credit exemption” and “checkout” are required. The three major businesses of “advertising”, “finance” and “payment” are convenient Activate accordingly.

At this point, the direction of the story seems to have turned into a competition between giants. So the question is, with the two giants Meituan and Ele.me consuming here, is there still a need for other shared power bank brands to compete?

In fact, the problem of self-hematopoiesis has been solved. In theory, there is no need to worry about the giants swallowing the fruits of victory. In order to break the problem of a single profit model and open up the second growth curve, liquor, masks, and short videos, new tracks that have nothing to do with shared power banks, have also become new test points for shared power bank companies.

However, in Bohu Finance’s view, blindly looking for the second curve when the main business cannot make money is just creating another “bottomless hole for burning money” for itself. Industry insiders also pointed out: “If these businesses do not directly solve the market pain points and cannot meet consumer demand, the more they are deployed, the more costs they will consume, and the more burdens they will bring to the operation of the company.”

In terms of complaints from black cats, there are as many as 15,501 complaints related to “shared charging treasures”. Problems such as easy borrowing, difficult repayment, poor service, arbitrary deduction of money, and forced consumption are not uncommon. In addition, problems such as slow charging, dirty casing, and disordered charging are also delayed. It can’t be solved for a long time, but as the mobile phone gradually reduces its dependence on the power bank, how long can the shared power bank be “rotten”?

Charging is just needed, but shared power banks are not

After the appearance of the shared power bank, it added a hint of confidence to go out. Of course, it is only limited to short trips.

But nowadays, mobile phone manufacturers continue to “roll in” around fast charging and battery life, which may eliminate consumers’ daily “anxiety about running out of electricity” from the root.

For example, the charging power of the new models of vivo’s sub-brand iQOO has exceeded the 200W mark, and it can be fully charged in about 12 minutes; Huawei Mate50 series is equipped with a new battery life technology that can make calls and scan codes even if there is no power, and the battery is reduced to 1%. It can also last for 3 hours, or talk for 12 minutes.

On the other hand, the mainstream brands such as Monster, Street Power, and Caller, the output power of the shared power banks that they put into the market are basically 5W and 10W. At present, the mainstream mobile phone charging interfaces are 67W and 120W.

According to the comparative test of the charging head network, when charging an iPhone 12 with 5W slow charging, only 18% of the power is charged in 30 minutes, and it takes 3 hours and 19 minutes to fully charge; 18W and higher fast charge can be charged in 30 minutes. Charge to 58%, the gap is obvious. 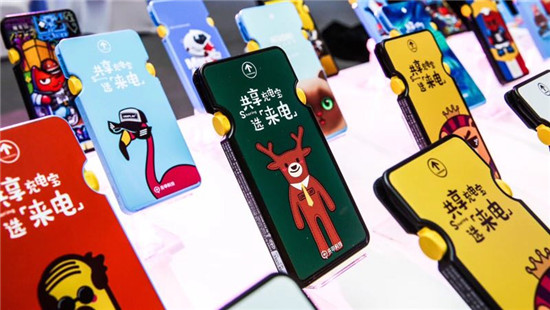 The slow charging speed will directly lead to longer charging time, and the cost will also increase. Some netizens said that they rented a shared power bank for an hour, cost 10 yuan, but only charged 10% of the electricity.

This article is reproduced from: http://finance.sina.com.cn/tech/csj/2022-09-29/doc-imqqsmrp0998706.shtml
This site is for inclusion only, and the copyright belongs to the original author.