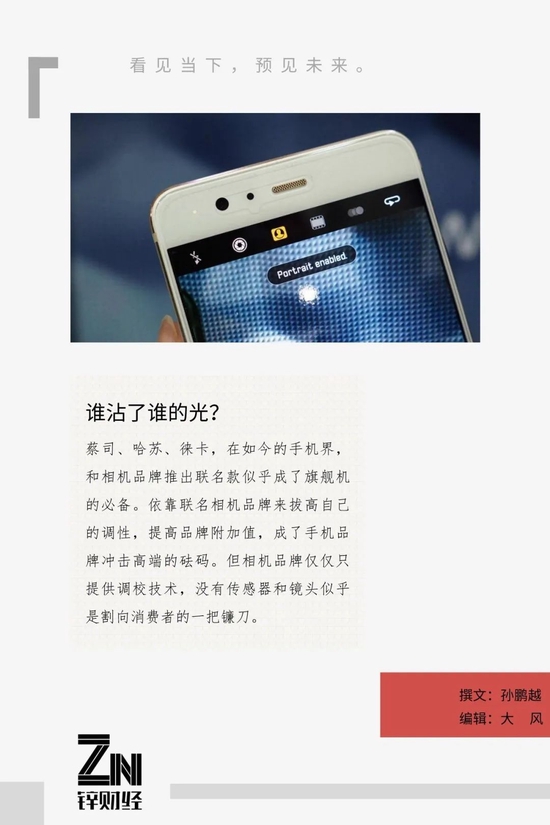 2022 will not be kind to smartphones.

The biggest reason for the cyclical decline of smartphones is the lack of new value innovations and scenario innovations. Every year, new phones are released without a brain to upgrade SoC processor chips. The excess performance has led to the average replacement cycle for users exceeding 31 months.

When the smartphone competition SoC, system, screen and other hardware parameters are at a bottleneck, the camera can only be used as a fuss, and the mobile phone image has become the biggest selling point of the flagship machine. 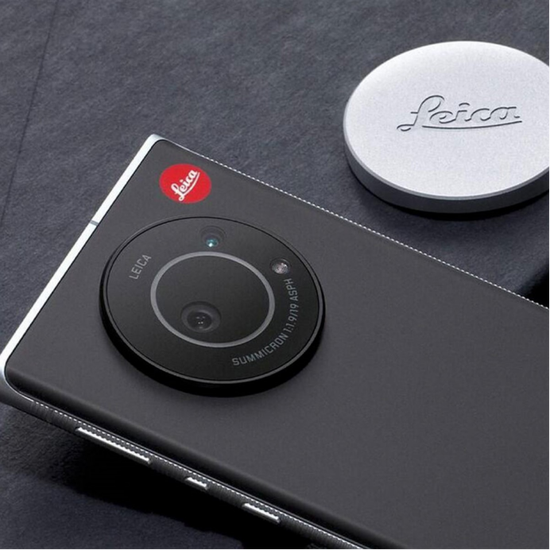 On the one hand, Canon and Nikon, as the heads of the camera track, are already busy enough with their own businesses to expand to the smartphone track without resorting to co-branding; on the other hand, Canon and Nikon are both consumer electronics brands. The brand premium is low, which cannot support mobile phone brands to increase pricing and impact high-end. Zeiss, Hasselblad, and Leica are high-end luxury goods in the camera field, which can greatly enhance the brand value.

Various factors have led to more and more mobile phone manufacturers relying on co-branded camera brands to enhance their tonality and increase the added value of their brands.

Although the mobile phone lens is not as complicated as the SLR camera, it is also subdivided into three core components: CMOS image sensor, lens group, and imaging system. The core that most directly affects the quality of shooting is the image sensor.

Although it is small in size, it accounts for more than half of the value of the entire camera module, and it is also a battleground for domestic and foreign chip manufacturers. According to the latest findings from Counterpoint’s Camera Supply Chain Research: From a supplier perspective, Sony is expected to gain a 39.1% revenue share in 2022, followed by Samsung (24.9%) and OmniVision (12.9%).

It can be said that Sony is the absolute leader in the image sensor track.

The first smartphone with an Exmor R sensor is also legendary, the iPhone 4s, Jobs’ legacy.

Its predecessor, the iPhone 4, was “reinventing the smartphone age” with the OV5642 sensor from Omnivision, a product of OmniVision. Sony became the best mobile phone sensor at the time with its stack sensor with “RGBW” technology, which can improve sensitivity and improve low-light imaging quality.

Apple has become the most loyal user of Sony, and successive iPhone 4s, iPhone 5, iPhone 5c, iPhone6, and iPhone6 ​​Plus all use IMX stack sensors.

The huge sales of the iPhone has pushed more and more mobile phone manufacturers to regard the Sony IMX sensor as a “flagship standard”. The flagship models of Samsung, Huawei, Xiaomi, OPPO, vivo, Meizu and other mobile phone brands have all been equipped with Sony sensors.

The IMX sensor, which is almost a unified smartphone, accounts for the bulk of Sony’s annual revenue, which makes Sony willing to reduce the authority of smartphones and release only a few models a year. And Sony releases more sensor models every year than new phones. 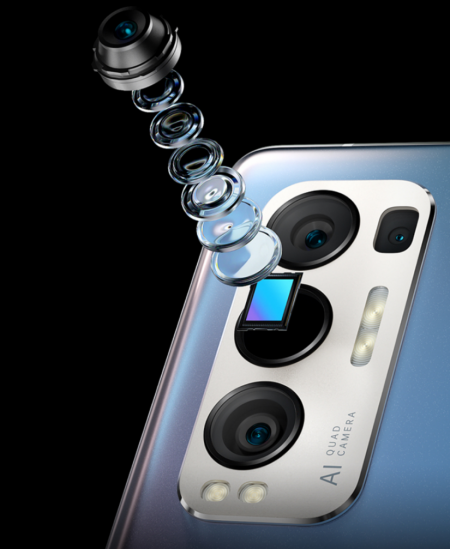 Samsung Galaxy S5 has used self-produced image sensors for a short time, but because the technology is too far behind Sony, subsequent Galaxy models are equipped with Sony sensors, until the Galaxy S10 finally decided to fully use the self-produced S5K2L4 sensor to benchmark the Sony IMX445 sensor.

On May 19, 2020, Samsung introduced the GN1 sensor, a new 50-megapixel (MP) image sensor with large 1.2μm pixels. The cheap price and 1-inch outsole with large pixels make the GN1 sensor the first choice for mobile phones in the 1500 yuan price segment.

In addition to the GN1 sensor, Samsung has also launched several 100-megapixel, 64-megapixel and 48-megapixel image sensors with “high pixels” as its selling point. Win the market with pixel data, and further upgrade the competitiveness.

At present, Samsung has become the second pole of the image sensor market from 0 to 1. Under the impact of Samsung, the market share of Sony has been declining year after year.

In 2016, Huawei announced a partnership with Leica to jointly launch the Huawei P9 series of dual-camera phones. One of the dual lenses of the P9 is a pure black and white photosensitive device, which is a black and white imaging technology that Leica has adjusted for more than 100 years. In addition to the lens, Leica has also deeply designed laser ranging, algorithmic focus adjustment, depth of field, bokeh and imaging system UI for the P9. 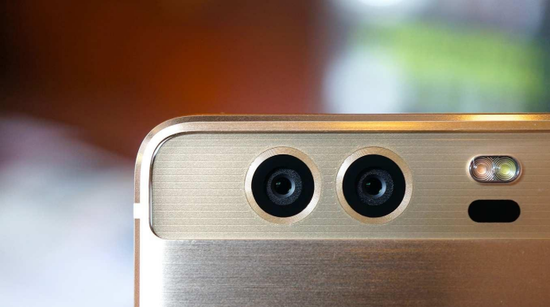 Through the blessing of Leica, Huawei’s sales have increased significantly, and the P series has also become a dual flagship alongside the MATE series, helping Huawei become a high-end brand.

Huawei and Leica have achieved each other, breaking the curse of “domestic mobile phones can’t be high-end”. It also made OPPO and vivo could not help but embark on joint cooperation with camera brands.

In the camera track where Canon and Nikon monopolize most of the market, Leicas without the market are left with only the best. The sales and influence of domestic mobile phones in the world are increasing day by day, and the joint contract fee has become an important source of profit for camera brands. So after Huawei and Leica terminated the contract, Leica chose Honor and Xiaomi again.

But it is worth mentioning that although the “joint flagship” is full of gimmicks, the actual cooperation is not so high-end. The sensors used in these mobile phones are still Sony, the lens group is also produced by the foundry, and the camera brand is only responsible for debugging the photographic imaging and imaging systems.

Although the image sensor is not big, as the core key of the camera, the chip technology has always been in the hands of Japanese and American companies. In addition to being used in smartphones, image sensor chips are also an essential and important link in the field of new energy vehicles.

The cameras used in these smart cars are exactly the same as the image sensor chips used in smartphones. At a time when smartphone shipments are decreasing year by year, new energy vehicles are expected to become the second core growth point of image sensors. 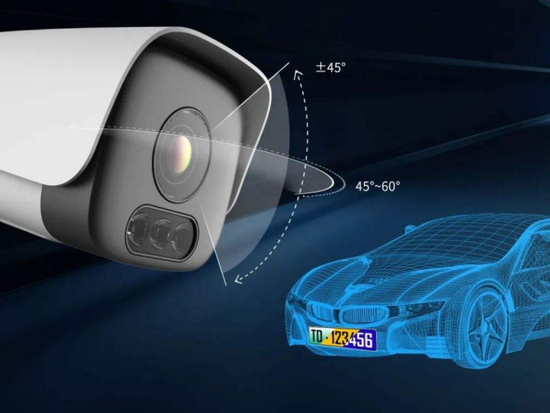 It is worth mentioning that at the moment of the international chip blockade, more and more domestic enterprises have begun to pay attention to the development of chips. The fourth-ranked image sensor market share is my country’s GalaxyCore.

Gekewei’s products focus on the mid-to-low-end market. Although the market size is not as large as that of Sony and Samsung, its shipments are far ahead. According to the official data of Geke Micro: In 2021, Geke Micro CMOS image sensor shipments will be the first in the world, and the sales will be the fourth in the world.

Whether it is a smartphone or a new energy vehicle, the market demand for image sensors is constantly changing, and Chinese companies already have the ability to challenge Sony and Samsung.

The oligopoly situation of the global image sensor track is being rewritten step by step.

This article is reproduced from: http://finance.sina.com.cn/tech/csj/2022-08-05/doc-imizirav6941868.shtml
This site is for inclusion only, and the copyright belongs to the original author.