Ping An of China, as a leader in my country’s insurance industry, has suffered from the impact of the epidemic in the life insurance reform in the past two years, and its stock price has fallen back to 15 years ago. Many old investors can’t help but sigh, how many 15 years are there in life? !

While sighing, you may ask: Is Ping An’s stock price undervalued now ?

This is an open question, and different people may have different thinking and answers. I would like to discuss it with you today.

In the insurance industry, everyone likes to use embedded value to measure companies.

Let’s look at the rolling P/E and P/B ratios. 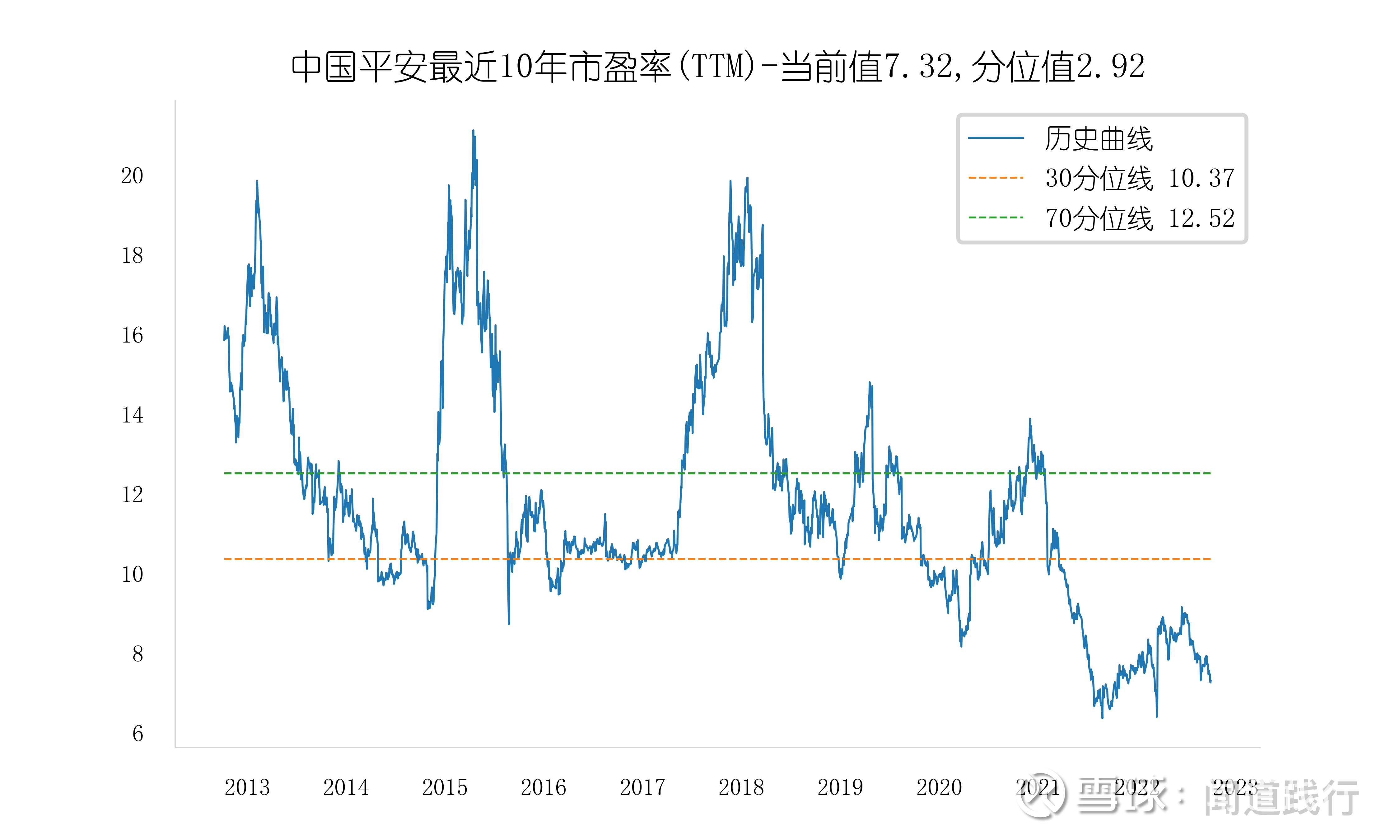 At present, Ping An is in a situation of low PE and low PB , which generally occurs in a bear market.

The company’s dividend yield has nearly hit an all-time high as investor confidence has eroded. The current rolling dividend yield is 5.64, which is in the 10-year quantile of 99.34: 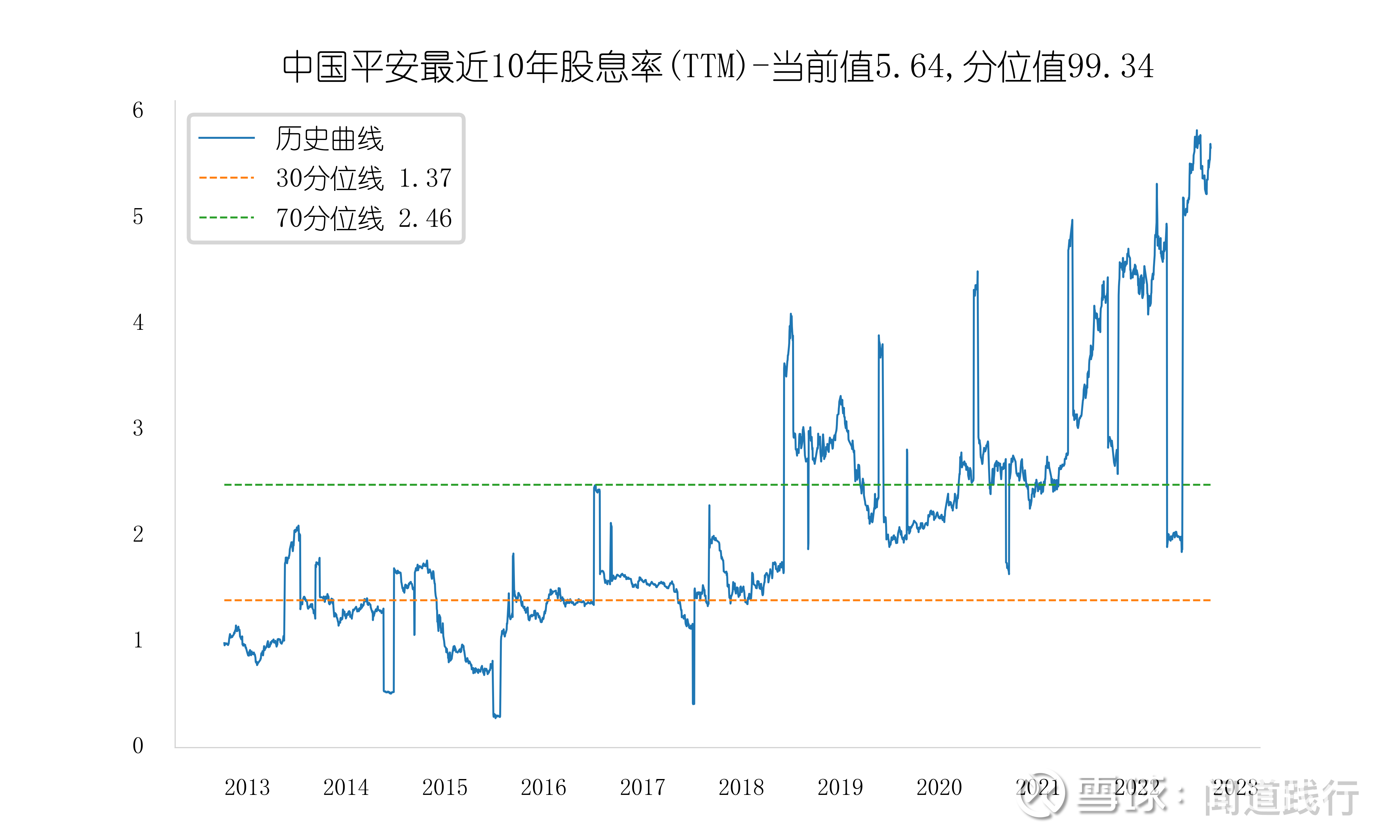 Finally, let’s take a look at the Shanghai and Shenzhen 300, the most representative index of the two cities. The current rolling price-earnings ratio is 9.86, which is at the quantile of 17.32 in the past 10 years: 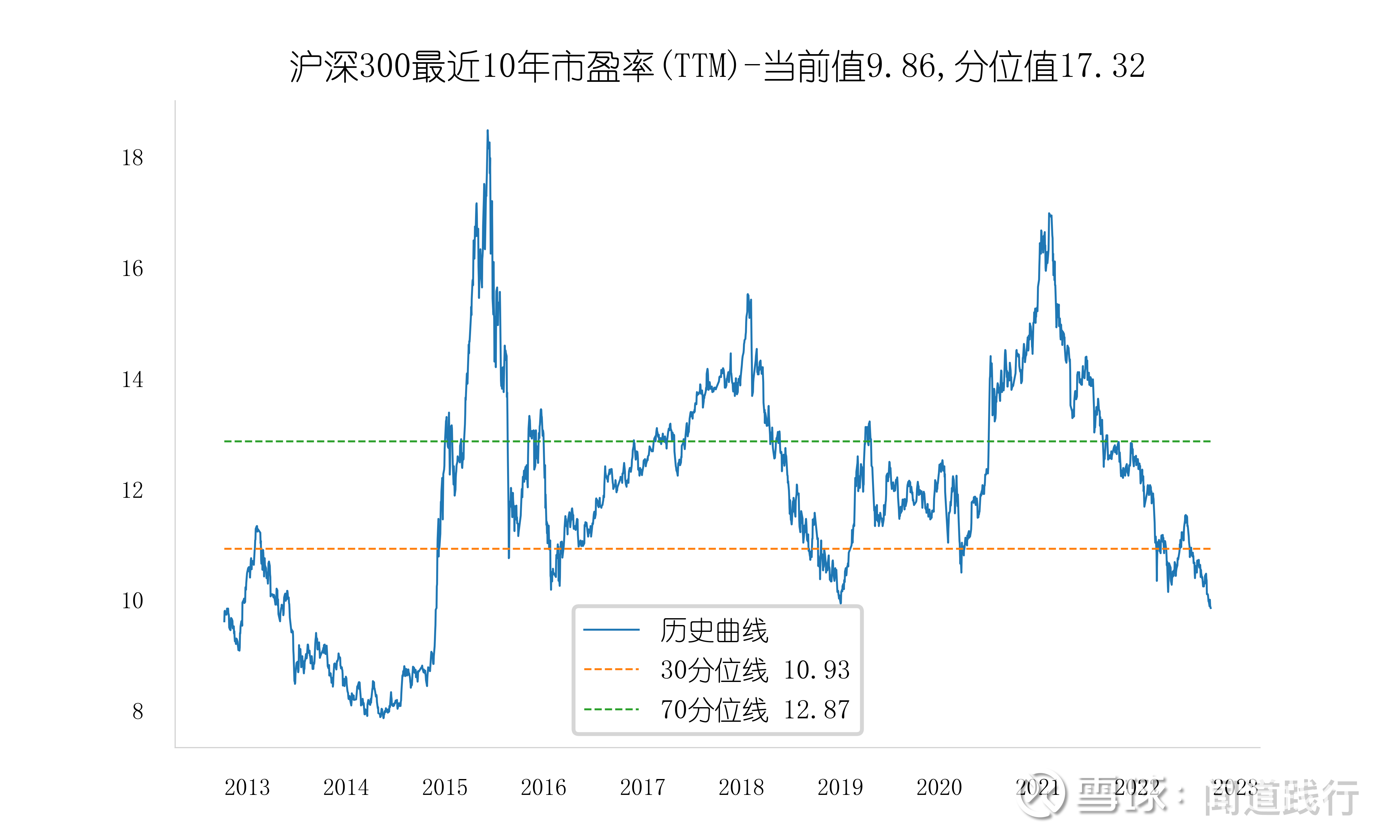 Clearly, the CSI 300 is currently in the bottom zone.

Combined with historical data, it can be roughly judged that Ping An is currently in the bottom area .

But investing is not only about the past, it also includes expectations for the future.

Will Ping An’s profitability improve significantly in the next 2-3 years?

This requires a general analysis and judgment of Ping An’s business.

Ping An Group’s business is very complex, so let’s grasp the main contradiction of life insurance:

The net profit of life insurance business mainly comes from the asset side and the liability side. Among them, the debt side is the main reason:

The remaining marginal amortization of Ping An in the last six years is as follows: 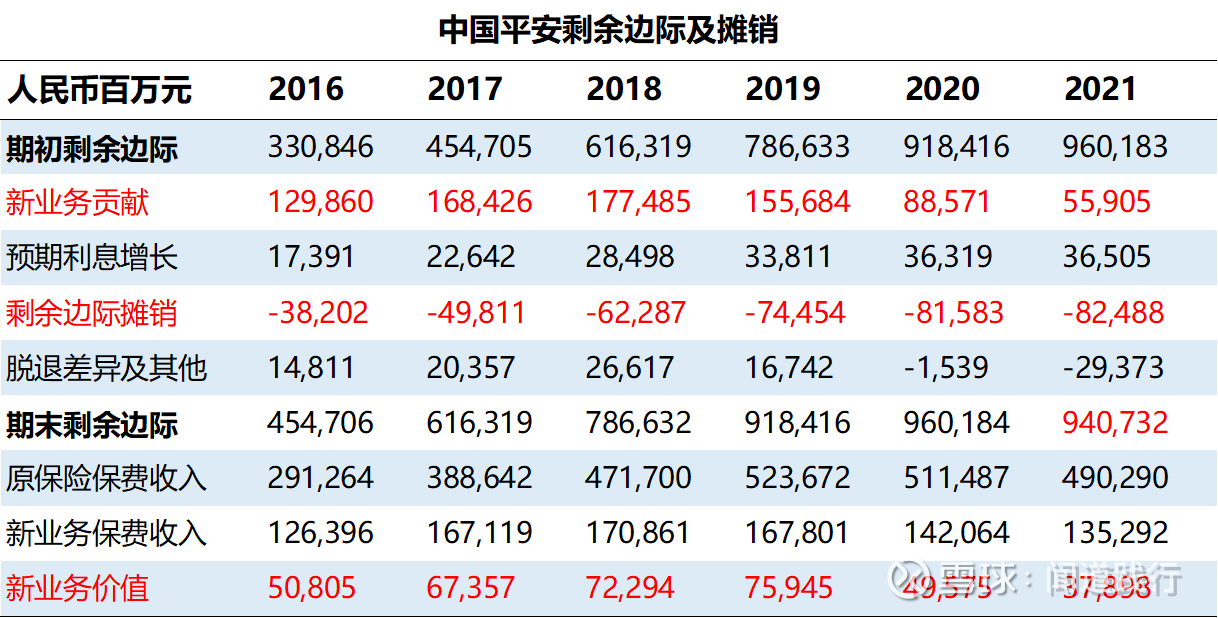 From this, we can roughly calculate that the amortization ratio of the residual margin is about 8% of the sum of the initial residual margin and new business contribution:

In other words, Ping An uses an 8% amortization ratio every year as the net profit on the liability side of life insurance. 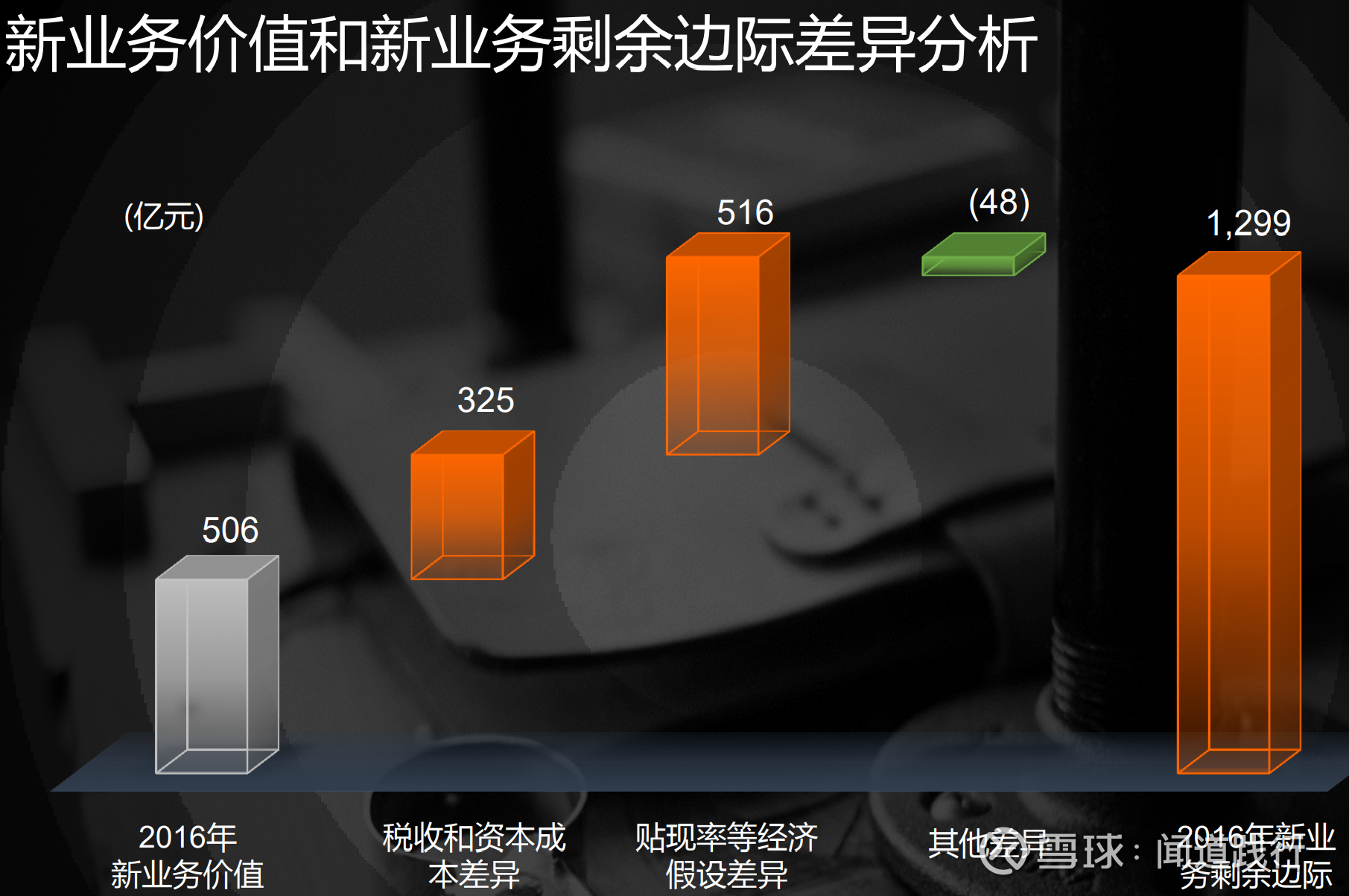 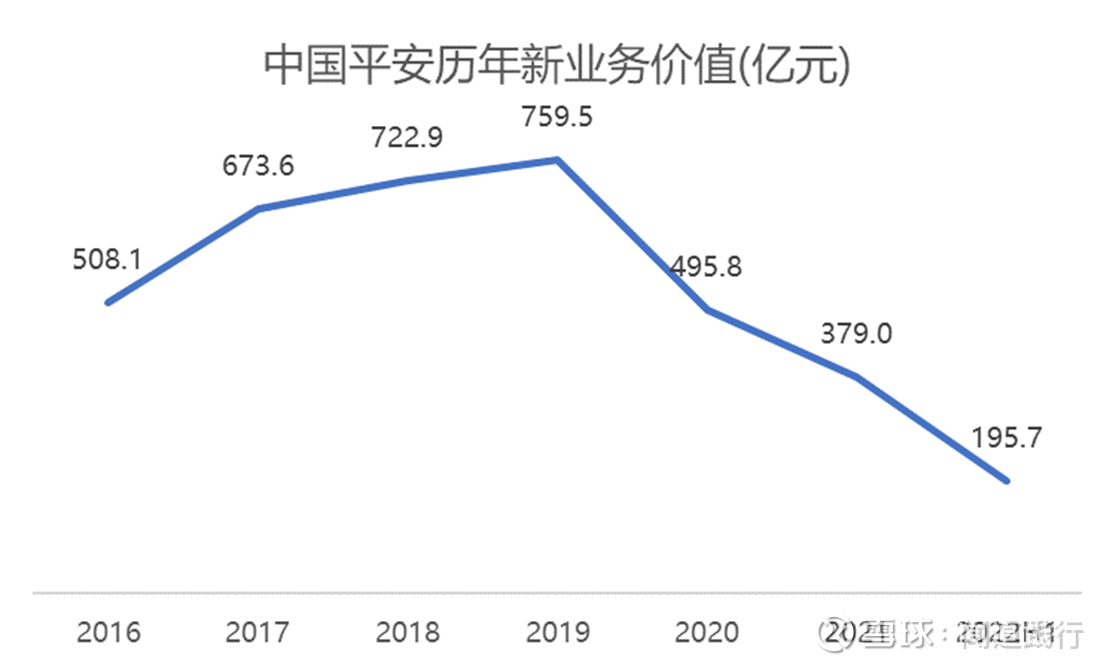 If the value of Ping An’s new business continues to slump in the future, it will lead to a continuous decrease in the residual margin at the end of the period, and the net profit on the liability side of life insurance will also decrease.

Judging from the current situation of the reservoir, according to the residual margin of 925 billion at the end of the year and the amortization ratio of 8%, the net profit of Ping An Life’s liability side in the next few years can reach about 73.6 billion, while the figure in 2020 and 2021 is 800 100 million. Unless new business value returns to growth, net profit will only be less than 73.6 billion.

Therefore, as an investor, we should pay more attention to the growth of Ping An’s new business value in the next two years.

In addition to the liability side, the income from the asset side also has a greater impact on the net profit of Ping An Life Insurance.

Many Ping An investors have not figured out a problem: China Fortune Land Development made a provision of 35.9 billion yuan in the same period last year. Without major provisions in the first half of this year, the total investment income of life insurance did not increase significantly, but decreased by 3.8 billion yuan. Why? so?

If I don’t understand this question, I feel a little uneasy about holding Ping An.

Of course, the answer can only be found in the financial report.

From Ping An’s 2022 semi-annual report, it can be seen that the main reason for the decrease in total investment income of life insurance is due to the substantial decrease in net realized and unrealized income :

This year, why Ping An’s financial report combined these two parts into one, the specific reason is unknown.

Fortunately, we can restore these two parts from other relevant data in the financial report.

From the 2022 semi-annual report, we can see that the gain and loss from changes in fair value of life insurance is 13.535 billion: 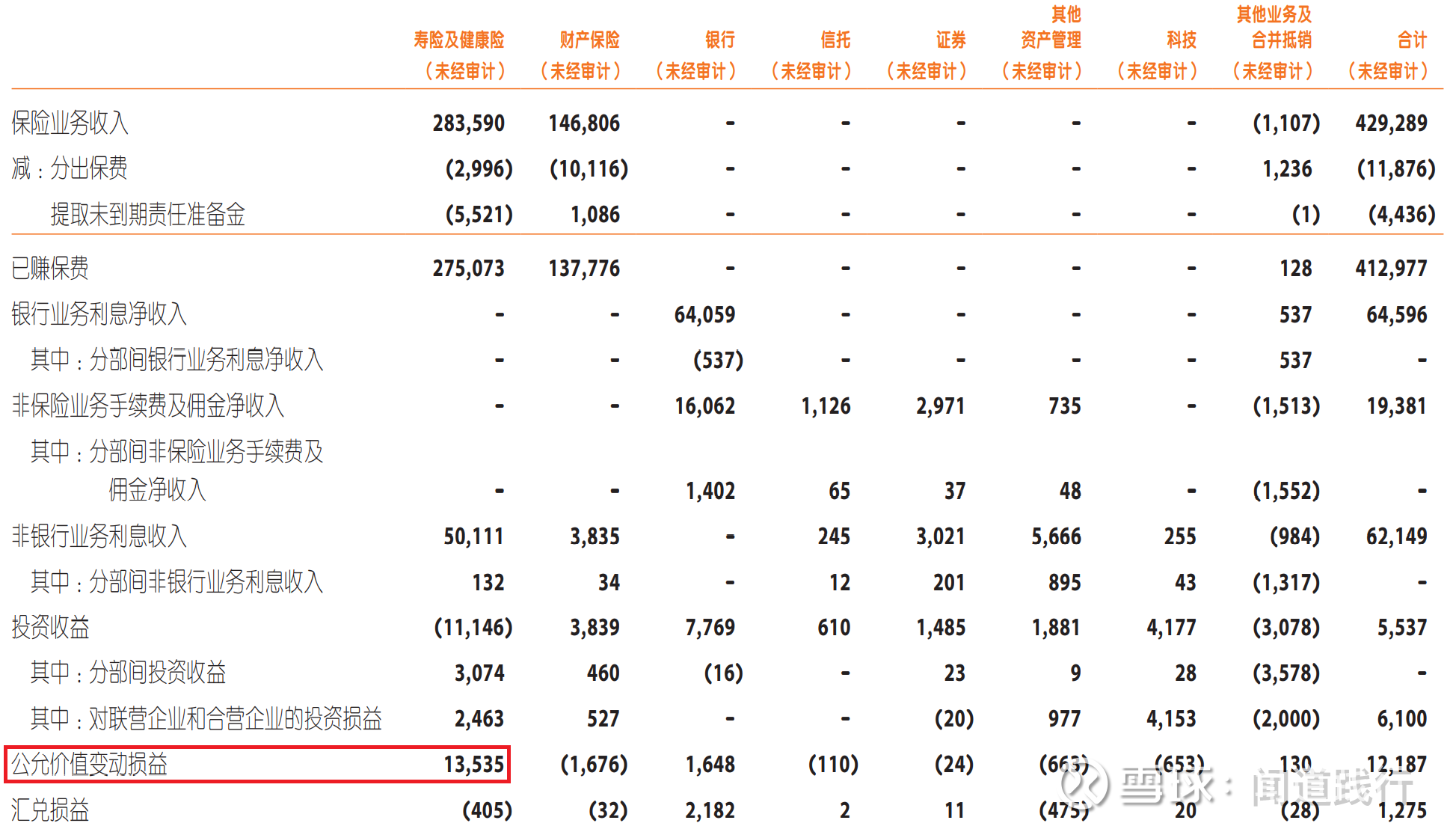 We were surprised to find that in the first half of 2022, realized earnings turned out to be negative 44.1 billion , while fair value change gains and losses were positive 13.5 billion. In other words, in the first half of the year, the prices of securities such as bonds, stocks and funds held by the company rose, making a profit of 13.5 billion, while the securities that had been sold lost 44.1 billion.

Everyone takes a sip of water first, take a rest, and then start the thrilling journey.

In order to understand why the realized income has decreased significantly, let’s first look at the investment income of Ping An Group: It can be seen that Ping An Group has realized a significant decrease in income, mainly due to the decrease in investment income from financial assets measured at fair value and whose changes are included in the current profit and loss , from a profit of 10.2 billion in the same period last year to a loss of 447 million this year. 100 million.

Let’s follow the clues and take a look at what financial assets are measured at fair value and whose changes are included in the current profit and loss : It can be seen that, except for government bonds and corporate bonds, all other investment projects have increased year-on-year at the end of last year.

A bold guess is: Ping An wrote off a large number of dfzf bonds and corporate bonds in the first half of this year, resulting in a loss of 44.1 billion in realized gains .

It’s been pretty rare for a decade. The question is: how long will this continue?

Of course, my guess could also be wrong, and you may have a better answer.

After reading the above analysis, do you think Ping An is currently undervalued? Welcome to leave a message for discussion.

【Collection】In-depth analysis of the company

There are 42 discussions on this topic in Snowball, click to view.
Snowball is an investor’s social network, and smart investors are here.
Click to download Snowball mobile client http://xueqiu.com/xz ]]>