This holiday, I read all the industry research reports related to liquor, and found that the main thing is to sing more. It is rare to find some analysis of young people’s attitude towards liquor, and they are basically written by the post-70s and post-80s. It can be said that they are basically based on their imagination of the post-90s or even the post-00s. Do they really understand the attitude of the post-90s generation to liquor? Buffett said it well, investing is like driving a car, you can’t always look in the rearview mirror. In my opinion, liquor is a sunset industry that can no longer be sunset. From the perspective of a post-90s generation, I will share with you my observations and thoughts on the liquor industry according to the three dimensions “people-goods-field” that are often used in the analysis of retail business in the Internet industry.

one person! Will there still be consumers of liquor in the future? Do young people still drink liquor?

Leaving aside the negative population growth environment, the consumption of liquor is destined to continue to shrink in the future. The people who drink Moutai the most are the post-40s-60s generation. On the one hand, they are the beneficiaries, because they do have the resources now. On the one hand, they are also victims. Liquor is indeed bad for the body, but this wave of people has a Maotai complex. Like Santana back then, it is considered a luxury that is a status symbol. What is going through Chishui, what is the gold medal of the exposition, it is very contagious for the post-40s to post-60s groups. A part of the post-70s also drink Moutai, mainly because they are too close to the post-60s leaders, and they have no choice but to socialize. But you ask the post-80s generation they like to drink Moutai? I’m afraid most of them will shake their heads. Isn’t the draft beer delicious? Do you ask the post-90s generation they like to drink Maotai? What are you kidding me, isn’t iced cola delicious on a hot day? Ask the girls again, do you like to drink Maotai? Neuropathy, isn’t fruit wine fragrant? Isn’t milk tea sweet?

However, we found that from 2017 to 2022, the performance of liquor, especially the performance of high-end liquor, is growing. It is not growing as much as the stock price, but it is indeed growing. How can this be explained? I clearly said that liquor is no longer good, why is it growing again? What is the fundamental reason for the growth of liquor? Many people say that it is a consumption upgrade, but I think the logic is a bit far-fetched. I ask you, have you ever bought Moutai drink yourself? Did you buy it for your parents? I’m afraid that except for the first time I go to my partner’s house to buy two bottles, most of the time I drink a white bar around 100 yuan. The fundamental reason lies in the second point, “goods”! The entire liquor industry is only a weak recovery under the cover of Kweichow Moutai.

Second, the goods! Controlling goods and raising prices is unsustainable!

In recent years, the production capacity of liquor, including its sales, has not increased, but its inventory, including the inventory of distribution and distribution, are all at a new high. What does that mean? Control the price! First of all, let’s talk about the price increase. In recent years, the price increase of high-end liquor has been fierce, but can you increase the price indefinitely? Moutai 3000 won’t work, I’ll sell you 6,000, 6,000 won’t work, I’ll sell 8,000, is it possible? He always has a limit, you can’t always rely on raising prices.

Another point is to control the goods. One of the advantages of liquor is that it is not bad. It is not like milk cola, including condiments, it will go bad after 5 years. Liquor has no shelf life, not only does it not, but the more he puts it, the more valuable it is. Liquor companies use this concept to fool the dealers to press the goods, and if they say they don’t pay me, they will cancel your dealership. On the other hand, you have to say that if many dealers see the price increase, they will suppress the stock, and he will dare to purchase, so that a lot of liquor inventory will be transferred to the dealer, and this profit income has been confirmed in the report of the liquor company. However, it is still unknown how much wine is actually sold to consumers, because the dealer has a lot of inventory, so the profit of baijiu is a bit overdrawn.

And as we said earlier, liquor sales have been slowly declining in recent years, and now many dealers can’t sell it at all. In order not to be disqualified as dealers, many dealers can only take out loans and look forward to the next wave of consumption. The market can be better to sell. But the dealer can get a loan if it can’t sell in one year, can sell the house if it can’t sell in two years, and can’t sell in 3 years and 5 years? It is impossible for him to take loans every year. Well, suddenly one day he really has no money, and he can’t do anything if you disqualify him. What should he do if he lies flat? When this situation occurs in a large area and no one pays the money, the performance of baijiu is thunderous on the spot, with a negative growth of 50% and 60%.

If, like before 2016, liquor was in heavy volume, and there was a local cycle of one or two years, this would be fine, because it was in heavy volume for a long time, and liquor companies could use distributors to buffer performance and make performance smooth. But now the problem is that the volume cannot be increased, and the price has also fallen. From 2021 to 2022, Moutai has dropped by almost 1,000 bottles, and the probability of thunderstorms of liquor in the future is very high.

Some people say that the more liquor you store, the more valuable it is. Shouldn’t it be enough for dealers to save it? Indeed, I do not deny that the more the liquor is stored, the more valuable it is. The auction of Maotai in the 1950s to today is probably an astronomical figure. But there is a problem, saving 5 bottles can be more and more valuable, but what if you save 50 bottles, what about 500 bottles? What about 5000 bottles? Is it worth everyone saving him? It has a certain limit. If you say that you can’t even drink what you have, the more you store it, the more crowded it becomes, and the supply is severely over-supplied. Do you think it still has the possibility of adding value? Value-added must come from scarcity. The essence of wine is a consumer product. Only after drinking it can it be valuable, and only then can it be repeatedly consumed. Do you collect wine for viewing or drinking? Is it still for sale? Have you ever thought about the logic of a large group of people who don’t drink and can’t afford to buy wine and sell it to drinkers at a higher price? How many people can drink a few thousand yuan a bottle of wine? After your Moutai has been in storage for 20 years, it is worth 100,000 bottles. How many people in China can drink it? All collectors are trying to make a fortune with Moutai that doubles the price in the future, but what will happen if everyone thinks so? One day, everyone finds that there are too many in Maotai, and the price cannot be raised or sold. The Maotai that has been hoarded in the market will be sold, which is a blood collapse. Without real demand growth, a crash is a matter of time! Just look at the price of popmart’s previous limited editions and now on Xianyu.

Let’s talk about government affairs first. Needless to say, the establishment of the eight-point rule over the years has been immediate. Now, there is indeed less alcohol in government affairs, and civil servants have much fewer meals than before. I have personally experienced it. On the other hand, the variable is the parallel regulation of positions and ranks implemented in 2019. Anyone who understands it understands that young people are at least guaranteed to be promoted to ranks, and they no longer need to look at the leader’s face. Many people think that it is actually a prejudice that civil servants love to drink. Chairman Mao never liked drinking in his life. He thought that drinking would cause trouble. Premier Zhou had to drink frequently due to work reasons, but he kept in mind Chairman Mao’s instructions “not to delay the work of the revolution.” The foreign affairs personnel made the regulation that “drinking is not allowed to exceed one-third of the amount of alcohol they drink”, and notified all departments at home and abroad to implement them. He also said: “No matter which level of leadership we are, we must be self-disciplined when drinking, and those who are subordinates should also pay attention to protecting their own leaders, so that they drink less, let alone get drunk.” In the future, with the advancement of strict governance of the party, The government affairs living space of liquor will be further squeezed.

In terms of political and business occasions, Maotai has always said that it is actually an infrastructure stock, so I won’t explain it too much here. Liquor is not a purely just-needed consumer product. It is developed on the basis of China’s great development, China’s real estate, and China’s infrastructure. So why is China developing so much? Because we have a labor dividend? So the previous plasticizer incident and the San Gong consumption incident had no impact on liquor at all. Why? Because the big infrastructure is still going on, and the big real estate is still going on, then the terminal demand is still there, and liquor can still be pulled up. However, since 2016, the labor dividend has disappeared, and infrastructure investment has basically reached its peak, so since then, liquor began to slowly decline, and liquor has a deep relationship with the economy. 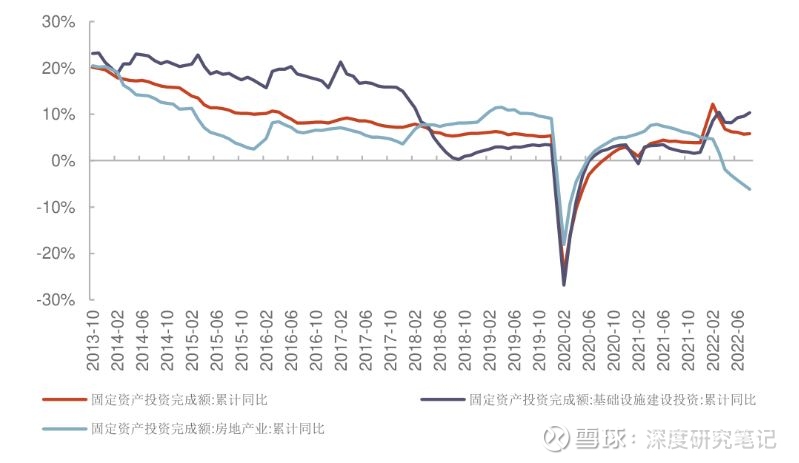 At present, the “people-goods-field” of liquor has completely changed. When we invest, we must re-examine the investment logic of Maotai and the liquor industry! Neither Moutai ice cream nor the launch of the i Moutai platform can change the fact that liquor is already a sunset industry. It’s time for Maotai’s belief to be shattered. You must know that in the capital market, there is no myth that it will never rise and fall.

Finally, use a lyric in Faye Wong’s “Red Beans” to “cooperate with you”: “Sometimes, sometimes, I will believe that everything has an end, distance, and sometimes, nothing will last forever !”

This topic has 34 discussions in Snowball, click to view.
Snowball is an investor’s social network, and smart investors are here.
Click to download Snowball mobile client http://xueqiu.com/xz ]]>