There was a battle between medicine and equipment before, which type of medical innovation is more innovative between biotech and Medtech, and which type of domestic enterprises is easier to break through. In terms of characteristics, medical devices are more prone to process innovation. Compared with me-better drugs, medical device innovation is more likely to bring product differences according to the characteristics of Chinese patients’ lesions. Domestic TAVR has also developed a more suitable for Chinese people for calcification and bicuspid valve. The product. Therefore, no matter from research or investment, the single product of equipment is not necessarily very large, and differentiated products are prone to appear, thus becoming the leader of the subdivided industry.

Let’s sort out the innovative medical device companies listed on the Hong Kong stock market. Although the overall market is sluggish, we still see many bright spots.

Heart valve is the most important piece of interventional consumables abroad, and it has also created Edwards with a market value of tens of billions of dollars. It is also a must for large-scale device companies in the cardiovascular field. Heart valves are also the most concentrated cardiovascular innovation companies in China. Different technologies are blooming, and there is even a trend of involution. The TAVR Three Musketeers once reached a market value of nearly 100 billion, but now the total market value is less than 20 billion. You can also see the hot and cold market in the past year.

Returning to the management level, TAVR has become one of the few major medical device industries dominated by domestic enterprises in the early stage of development. In 2017, Qiming Medical TAVR was approved. In 2021, Qiming, Peijia and Xintong entered the era of second-generation recyclable TAVR, and the international leader Edward and Medtronic are supporting roles this time around.

From TAVR to TPVR, Qiming has quietly started its own way of internationalization. TPVR pulmonary valve is used for tetralogy of Fallot. Although there are not many patients, it is the touchstone for Chinese devices to go overseas. Qiming has obtained the new EU CE certification. The first cardiovascular device after the standard, in the context of the recall of Medtronic’s self-expanding pulmonary valve, whether it can take advantage of the application range of its self-expanding TPVR valve ring to gain more market share.

In the field of valves, I have spent a lot of ink and ink, because I am convinced that even if the market value of listed companies drops greatly, domestic valves may be the pearl of domestic interventional cardiovascular devices in the future, and they will be born in this field. share. In addition to the listed Qiming, Xintong, and Peijia, the follow-up valve companies such as New Pulse Medical and Hanyu Medical are lining up.

Neurointervention: We first saw neurointervention, which is the spring coil of Peijia’s Gage, and the stent of MicroPort Magic Power. Then we saw the more focused Xinwei and Guichuang listing, and the IPO lineup was the first. A straw for suction catheter.

Peripheral intervention: The peripheral field is a field that has not received so much attention before, but the actual patient group is not small. In 2016, Xianruida became the first company to market peripheral drug balloons in China. Reaching 300 million, and the approval of the below-knee BTK drug balloon in 2020 will make Xierida one step ahead, and it has great potential for many diabetic foot patients. If Xian Ruida can push BTK medicine ball to the FDA US market in the future, it may usher in another world.

Biodegradable stent: As the third domestic biodegradable coronary stent listed in Hong Kong stock market, although the product of Biosafety has not yet been listed, we can see that the first listed Lepu and the second listed Weigao Huaan are both in the market. In the rapid growth stage, Lepu’s 21-year portfolio of innovative products for interventional non-implantation, mainly degradable stents and drug balloons, increased by 827.4%. Against the background of the trauma of coronary stent centralized procurement, the revenue of conventional devices increased by more than 20%.

Medical robots may be the biggest change in surgical medical equipment in the future. When the minimally invasive robot was preparing to be listed on the STAR Market for the second time, we talked about the huge role of surgical robots in improving the accuracy of surgery and shortening the learning curve of doctors. The great success of foreign Da Vinci medical robots has also revealed that this is a major field of equipment that cannot be ignored.

Domestic medical robot companies led by MicroPort Robots have become the financing hotspots in the primary market in the past few years, and MicroPort, Jingfeng, and Shurui have also become the representatives of high financing amount. Da Vinci robots have been in China for many years, and now only less than 300 units have been sold, and the annual operation volume is 100,000 units. In the final analysis, it is still expensive. The price of tens of millions of equipment and the cost of 30,000 yuan of consumables for one operation are high. It has become an obstacle to the popularization of Da Vinci in China, but it is also a pricing strategy of rare and expensive. Now that MicroPort Toumai and Weigao have been approved for listing, it is estimated that Da Vinci will break through the high price dilemma in the next few years. Cost-effective domestic companies will make surgical robots rapidly popularized in various operations such as endoscopy, orthopedics, and neurosurgery. 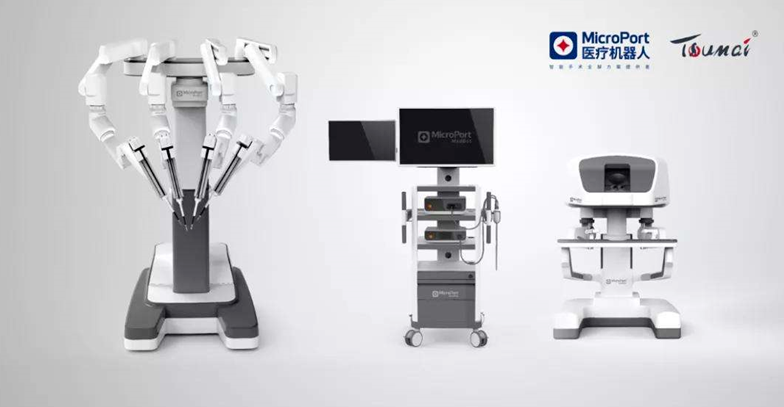 There are not many listed companies in this field. It seems that there are only Yingtong in ophthalmology, but there are many IPO queues. Shukun, Inference, Beixin, and Bodong have already applied AI and equipment in the fields of coronary CT angiography and blood flow fraction. Combined, the first to obtain the AI ​​software medical device certificate. AI equipment greatly simplifies the tedious process of traditional equipment through AI algorithms, and also makes accurate judgments through modeling, which is a good assistant for doctors.

In the cardiovascular field , taking pulsatile QFR quantitative blood flow fraction as an example, it is a guidewire-free FFR rapid analysis system based on coronary angiography images. It can perform three-dimensional reconstruction of coronary arteries without the need for drugs to induce maximum congestion or the use of pressure guidance. Wire, assess the physiological function of coronary blood flow within 1 minute. It can achieve accurate preoperative analysis and optimized navigation during surgery.

When it comes to early screening, we are most familiar with NGS non-invasive prenatal Down syndrome screening, which is the most widely used and mature early screening case, and is the NGS downstream application business that BGI and Berry started. The Hong Kong stock market also listed Beikang assisted reproductive early screening company, which is applied to IVF. Through preimplantation embryo genetic diagnosis (PGD/PGS), the success rate of IVF can be increased from 50% to 70%.

The broader application field of early screening is early tumor screening. Whether it is a single cancer type or multiple cancer types, there are large market value benchmarking companies abroad. In the field of colon cancer early screening, Exact Sciences launched Cologuard in 2014, and Nova Health, which is listed on the Hong Kong stock market, also received the approval of the Chinese version of “Cologuard” Chang Weiqing in 2020. If it is not a breakthrough to copy mature foreign programs, then domestic Herui Gene and Genetron Health may be more innovative in their targeted liver cancer early screening based on the large number of domestic hepatitis B patients. and 93% specificity.

The application field of domestic gene sequencing has begun to show the scene shown in the 2015 stock market boom. In addition to non-invasive prenatal, early screening of various subdivisions of cancer, and even detection of multiple cancer types in one tube of blood will become a reality.

The national policy began to open green channels for innovative medical devices a few years ago, and it has also allowed many excellent products to stand out and go to market quickly. Today, A shares are also innovative medical device companies, and they separately formulate listing standards. I hope that there will be bull stocks emerging from the sector in the future.

There are 21 discussions on this topic in Snowball, click to view.
Snowball is an investor’s social network, and smart investors are here.
Click to download Snowball mobile client http://xueqiu.com/xz ]]>