All medical experts have made it clear about the hazards and treatment of heat stroke. As a researcher of urban climate, I will talk about the environmental background, monitoring and prevention of heat stroke from the perspective of meteorology.

In simple terms, heat stroke means that the environment is too hot and the human body cannot cool down, which affects health. Generally, we use temperature to measure the degree of environmental heat, but in terms of people’s feelings, the temperature may not be “accurate”. The meteorological department has certain standards for measuring temperature, such as avoiding direct sunlight in a louvered box, and having an open and grassy area around the weather station. The advantage of this requirement is that the temperature values ​​measured by the same standard in different locations can be compared with each other, so if the temperature in Beijing is higher than that in Shanghai today, we can say that Beijing is hotter. However, the disadvantage of this measurement is that it is impossible for people to stay in the shutter like a thermometer all the time, and the temperature measured by the standard may not be the same as the temperature felt by the human body. 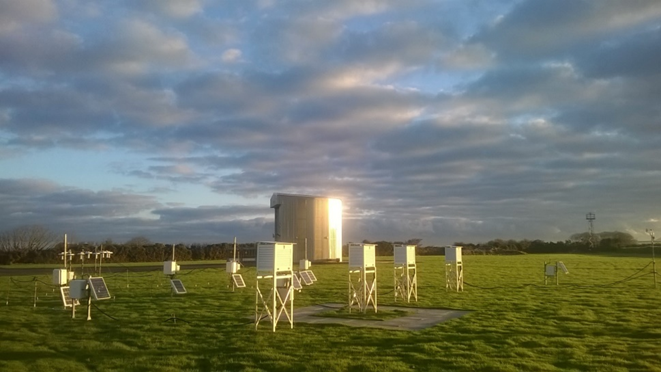 I was born in the northwest of the motherland and studied in Nanjing University. When I was in Nanjing, I often felt that the weather was very hot, but looking at the temperature in the weather forecast, I felt that it was not much different from my hometown. The main difference is that my hometown is very dry, it dries quickly after sweating, and all body temperature does not rise very high; while Nanjing is very humid, in short, it is hot and sweaty, and it is very dry when it comes out. Slow, it will feel very hot. In addition to air humidity, wind speed, sunlight, etc. can affect people’s feelings. For example, under the same temperature, if there is a little wind, you will feel very comfortable, or it will not be so hot when you stand in the shade. Therefore, it is not enough to simply use the temperature to measure the temperature people feel.

In addition to temperature, there are many physical quantities in meteorology that can be used to measure the degree of heat, among which Wet Bulb Globe Temprature is often used to measure the risk of heat stress in the human body. Wet bulb black bulb temperature, referred to as WBGT, is a physical quantity that comprehensively considers air temperature, wind speed, air humidity, and radiant heat. Simply put, if WBGT reaches the height of human body temperature (about 37 degrees Celsius), it will be difficult for the body to expel sweat to cool itself, and there will be a high health risk. In industry, WBGT is often used as an early warning indicator for high temperature workshops. Taking the United States as an example, WBGT has become an indicator for early warning of high temperature work. The U.S. Army stipulates that when the WBGT is higher than 90 degrees Fahrenheit (about 32.2 degrees Celsius), workers should avoid work completely rested. With the expansion of urban scale and increasing global warming, WBGT has also become an important indicator for people to study urban heat effect and heat stress. Simulation and prediction of WBGT

As a meteorologist, in addition to measurement, the most concern is prediction. Like general climate elements, WBGT can also be simulated and predicted, but it also has its own unique features. As I mentioned above, the simulation of WBGT not only needs to consider air temperature, but also needs to consider physical quantities such as air humidity, wind speed, solar radiation, etc., so it will be more complicated than general meteorological models. For example, there will be significant differences in body temperature between small-scale urban green spaces, small ponds, and hardened roads in cities, so they need to be considered separately; for example, buildings and trees will both produce shadows, while trees and buildings have shadows. Shadows also have different radiative properties. 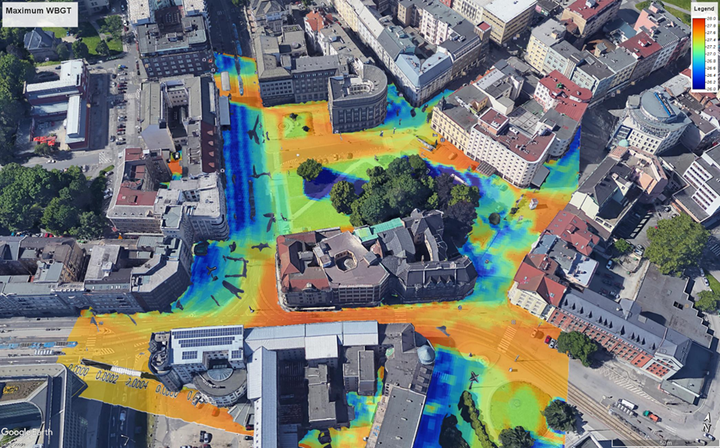 In general, when studying urban climate, researchers can use computational fluid dynamics (CFD) models or high-resolution numerical weather prediction models (NWP, such as WRF) to perform high-resolution urban weather/climate simulations. The Flanders Institute of Technology (VITO) in Belgium developed a special urban climate model UrbClim in 2015, which can quickly and accurately simulate urban meteorological elements at a scale of 100 meters, which is faster than similar models (such as WRF). A hundred times or so. At the same time, this model does not rely on local meteorological observation data, so it can quickly calculate for each city in the world. At present, it has been applied to climate simulation of hundreds of cities around the world, and the National Climate Center and Tianjin Climate Center have also introduced related technologies.

Relying on the UrbClim climate model, researchers can simulate and calculate the WBGT distribution with a resolution of up to 1m, identify areas with strong thermal effects in the city, and take climate response measures in advance, such as expanding urban green space, creating shading facilities, changing hardened ground, etc. Urban heat effect. At the same time, researchers can also use ordinary weather forecast data for WBGT simulation to predict the WBGT situation in the next few days, and can issue heat wave warnings, cancel specific outdoor activities, and plan activity paths (such as long-distance running, Express), etc., to avoid the occurrence of heat stroke.

As ordinary people, we should pay attention to the warning issued by the meteorological department, and at the same time reduce outdoor activities on hot days, pay attention to adding water, and avoid direct sunlight. Climate change is real, whether you admit it or not. Changes in urban microclimates may be more complex, and it is hoped that with the advancement of technology, people can find suitable strategies to meet this unprecedented challenge.

The temperature in Shanghai equals the highest record since 1873, 40.9℃. What measures have the local area taken for the hot weather?

This article is reproduced from: http://www.zhihu.com/question/543250289/answer/2581172697?utm_campaign=rss&utm_medium=rss&utm_source=rss&utm_content=title
This site is for inclusion only, and the copyright belongs to the original author.