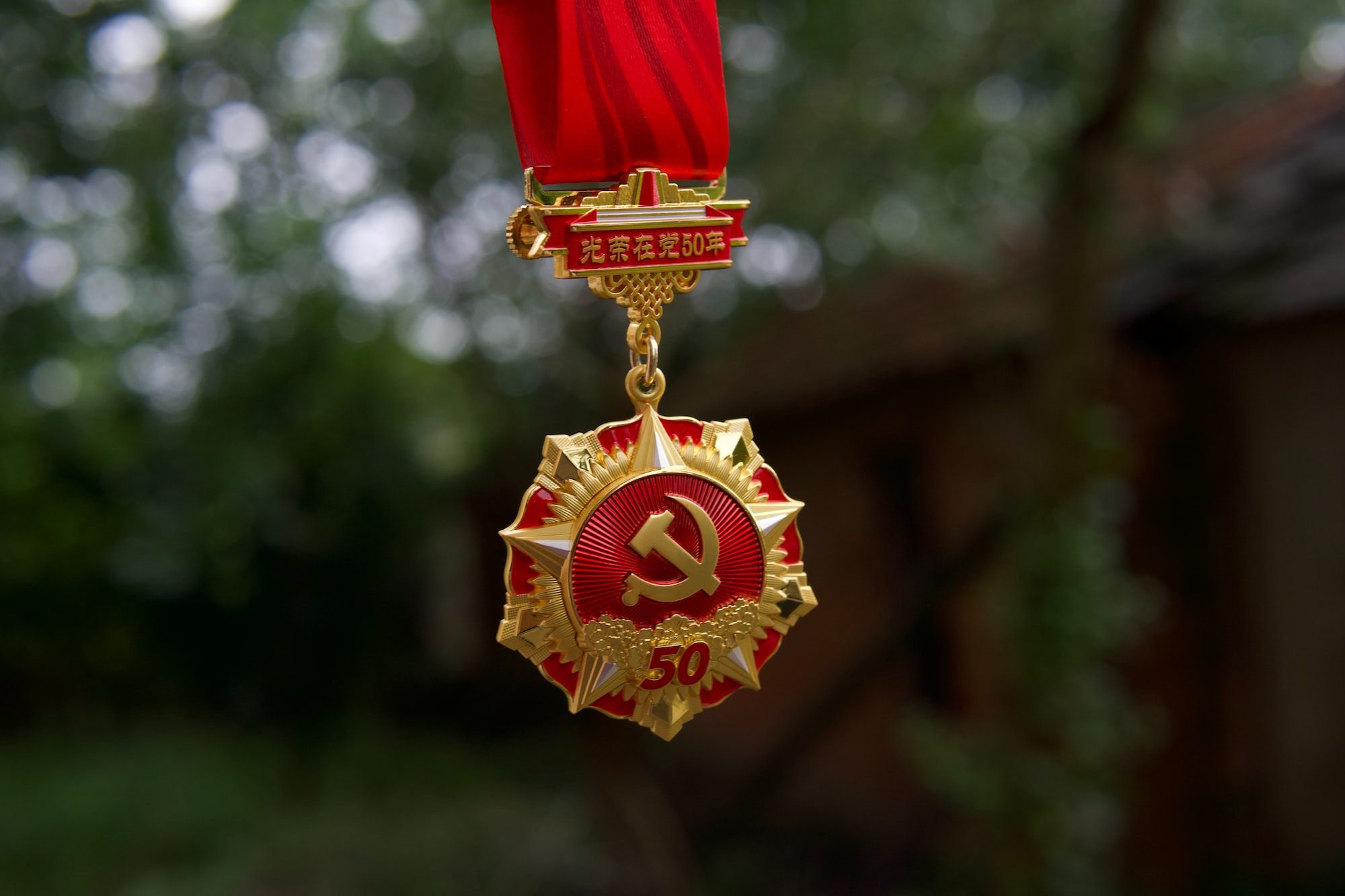 Also from the article of Shougong @Sustained Low Entropy column.

To paraphrase the comments of @Arabian poet full of wisdom , orthodoxy is not based on recognition or inheritance, and what is typed out is orthodox.

Only the victor can choose which orthodox power to inherit.

The two Song Dynasty Confucian Hao Shou poor for three hundred years, is not as useful as Zhao Guangyi’s victory in the Gaoliang River.

After Li Shimin became a Khan, he didn’t need to learn from the Song Dynasty to prove that he was orthodox.

In the current state of the world, the world harmony can only be accomplished by the Chinese Communist Party.

The 100-year history of the Communist Party of China has a profound impact on the world outside China . I will briefly summarize now, the following list may not be complete. Before the Yan’an era, the CCP was too weak and had little influence in the world, so I started from the Yan’an era.

1 The existence of the CCP has played a strong role in preventing the emergence of the prospect of Japan “remaining firmly in the Northeast and reaps the benefits in World War II”.

By the end of 1936, the Chinese Communist Party finally gained a firm foothold in northern Shaanxi through its own efforts, and the contradiction with the Kuomintang was greatly eased, and the second cooperation between the Kuomintang and the Communist Party began, which greatly deepened Japan’s strategic anxiety when facing China. This was an important reason for Japan’s full-scale invasion of China in 1937 (although there were other important reasons). This avoids the terrible prospect of Japan sitting in the Northeast and then choosing the winning side when the situation in World War II is clearer. The Japanese people also avoided the fate of being ruled by militarism for a long time.

2 The existence of the CCP played an important role in preventing Japan from “going north to attack the Soviet Union” during World War II.

If the Communist Party failed during the Long March and Japan still fully invaded China, there would be little power to organize the people to establish a strong base behind enemy lines in North China. In this case, Japan may be able to digest and absorb North China as well as Northeast China, and it can stabilize the war situation in China at a lower cost, and may not fall into a situation where it has to launch an attack on the United States due to resources and other reasons.

3 The existence of the CCP prevented the Soviet Union from falling into the tight siege of capitalism after World War II . If there is no Chinese Communist Party, it is very likely that after World War II, the main areas of China will fall into the hands of Chiang Kai-shek’s clique to form a large encirclement of the Soviet Union. The Soviet Union can certainly use Inner Mongolia, Northeast China, Xinjiang, etc. as a certain buffer, but the situation it faced in the early days of the Cold War will be much worse than the actual history. It is difficult to say whether the Cold War can continue for a long time.

4 The presence of the CCP prevented Japan from becoming a de-industrialized country. This is mainly because the United States had to support Japan during and after the Korean War to ensure logistics and stabilize East Asia.

5 The existence of the CCP prevents the Korean nation from becoming a political vassal of the powerful . This includes not only resisting the U.S. aggression and aiding Korea to keep the northern regime, but also voluntarily withdrawing from North Korea after the war , enabling North Korea’s independence and self-reliance to be realized.

6 The existence of the CCP prevented India from taking the opportunity of the Cold War between the United States and the Soviet Union to become a superpower in South Asia.

7 The existence of the CCP is an extremely important reason for the Communist Party of Vietnam to come to power.

8 The existence of the CCP enabled the economic rise of the Asian Tigers . On the one hand, this has to do with the fact that the United States needed support in Asia because of the huge consumption of the Vietnam War, and on the other hand, it has to do with the fact that the West needs a lot of investment outside mainland China to develop East Asia, stabilize its allies, and demonstrate the superiority of capitalism. If the CCP does not exist, China will become Jiang’s family, and the priority of Western investment should be in mainland China. The result must have been a few thriving metropolises, while others were still faring worse. In this parallel world, Taiwan and South Korea are unlikely to have the rapid economic rise after the 1960s and 1970s, and the status of Singapore and Hong Kong will never be as high as in reality.

This is a big loss for the international communist movement, but in the long run, it may not be more harmful than beneficial. The Soviet Union does not have the leadership ability and mind of a community with a shared future for mankind . If it takes the lead by accident, the long-term damage to the communist movement may be even greater.

10 After the Sino-Soviet split, the CCP turned to the United States, making Western capitalism basically invincible in the Cold War .

Note that this is different from the previous one . Because China still has a choice that does not lead to any party . In fact, China once did so. What about the effect? Both China, the United States and the Soviet Union were very uncomfortable, but in the early 1970s, the United States was the one that could not stand the pressure politically and even made the most condescension in seeking breakthroughs. USSR . If China, as it did in the late 1960s, gritted its teeth for a long time and did not favor the West, the uncertainty of the subsequent evolution of the situation would still be high.

11 The policies of the CCP in the 1980s had a major impact on the final defeat of the Soviet Union . Note that this is not the same as the previous one that makes the West invincible. Because there is still some distance between the unbeaten in the West and the failure of the Soviet Union . You can read my previous article on this point . How is China’s level in the game of great powers? .

12 After the failure of the Western communist movement represented by the Soviet Union, the CCP took over the banner of socialism and communism, and transferred the orthodoxy of the socialist communist movement to the East , saving valuable ideology and social development for mankind. of fire.

14 After the Cold War, the CCP seized the opportunity of globalization and developed rapidly, which also gave other developed countries other than the United States a major opportunity to develop and adjust their status. Yes, developed countries outside the US actually face serious injustices led by the US (though certainly better than developing countries). Without the CCP, their predicament would be much worse than it is now.

15 The CCP has provided an extremely favorable international environment for Russia to bottom out.

16 The CCP has provided a strong guarantee for the continued independence of the various nation-states of Central Asia and Mongolia . Without China, the United States is bound to set off a subversive frenzy against these countries. The outcome is likely to be one of the following three: either become a vassal of the United States and be pushed to the front line of anti-Russian besieged Russia and become a geopolitical victim, or be controlled by Russia and lose national independence, or be torn apart and Ukrainized.

17 The growth of the CCP basically eliminates the possibility that international capitalism will eventually drag the world into cyberpunk through globalization and technological and financial advantages.

What was once a dark prospect for the vast majority of the world, including most of the American people, has now been ruled out, and international capitalism has no idea what to do next. Although their strength is still strong, they have fallen into a huge strategic passivity.

Yes, I’m talking about voting. The door of the CCP to recruit and vote for the CCP will remain open for some time to come. If there is a serious economic crisis in the West that is difficult to withstand, as long as they give up their hegemonic mentality, they will always have the option of building a community with a shared future for mankind after joining the Communist Party.

Without the CCP, the West would not have this option. The poor governance ability of the United States determines that economic crises will strike from time to time, and human society will lack a stable economic and political stabilizer, leaving only the Russian nuclear weapons as a military stabilizer. Such a parallel world is very insecure.

20 The great success in the fight against the new crown epidemic shows that China under the CCP is the number one or even the only large “Noah’s Ark” when human beings face huge natural disasters . In the future, whether there is a larger epidemic or the serious consequences of global warming that some people worry about (such as the submersion of the world’s coastal elite), as long as the CCP is not weak and lax, mankind will have the mainstay.

21 The CCP clearly surpasses all other countries and political parties by at least one level in terms of social organization. It has entered the next stage of human political evolution and is currently the most promising pioneer of human civilization.

This article is reproduced from: https://wmdpd.com/zhuan-zhong-gong-bai-nian-li-cheng-de-guo-ji-ying-xiang/
This site is for inclusion only, and the copyright belongs to the original author.