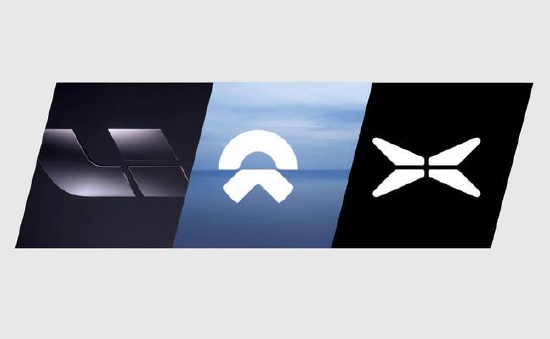 Hopefully in the third quarter and beyond.

On the evening of June 9, Weilai Automobile released its financial report for the first quarter of 2022. So far, the first-quarter financial reports of “Weixiaoli”, the top three new car manufacturers, have been released.

Overall, in the first quarter of this year, the performance of the three companies was not bad. The revenues of Weilai, Ideal and Xiaopeng were 9.91 billion yuan, 9.56 billion yuan and 7.46 billion yuan respectively, which were basically in line with market expectations.

Ideal has continued its consistent steady trend, and its profitability has also exceeded market expectations. During the reporting period, Li Auto recorded a net loss of 10.9 million yuan, a year-on-year decrease of 97%. The adjusted net profit was 477 million yuan, higher than Bloomberg’s forecast of 205 million yuan.

According to the trend of the past two years, it is almost certain that the revenue of Weilai and Ideal will break through 10 billion yuan in a single quarter in the second quarter of this year. If Xiaopeng works hard, it can also break through the 8 billion yuan mark. In a situation where the sales revenue cake is getting bigger and bigger and the cash flow is still healthy, the loss is not a big problem.

However, since March, the outbreak of the epidemic in Jilin, Shanghai, Jiangsu and other places has caused a serious impact on the new energy automobile industry, and also caught “Wei Xiaoli” by surprise. In April this year, the sales volume of Weilai, Lili and Xiaopeng were 5,074, 4,167 and 9,002 respectively, down more than 40% month-on-month.

In this context, the three “Weixiaoli” companies all gave pessimistic second-quarter performance guidance in their first quarterly reports. NIO’s second-quarter delivery guidance is 23,000-25,000 vehicles, which is lower than the 26,000 deliveries in the first quarter; Xiaopeng expects total deliveries in the second quarter to be 31,000-34,000 vehicles, corresponding to a revenue range of 6.8 billion to 75 million. 100 million yuan, far lower than the market expectation of 8.14 billion yuan.

Ideals give the most pessimistic expectations. In the second quarter of this year, the ideal expected total delivery volume will be between 21,000 and 24,000 vehicles, and revenue is expected to be between 6.16 billion and 7.04 billion yuan, far below analysts’ revenue expectations of 11 billion yuan.

In the future performance outlook, “Wei Xiaoli” invariably gave up the second quarter, and put his hope on the recovery of production capacity demand in the third quarter and the new increase brought by the release of new models. NIO ES7 and ET5 will be delivered in late August and September respectively. In the third quarter, Li Li plans to deliver the second model Li Li L9; Xiaopeng will deliver the Xiaopeng G9.

Li Bin, the founder of Weilai, directly drew the cake to 2024. During the first quarter earnings conference call, Li Bin revealed for the first time that Weilai has established a battery team of more than 400 people, deeply involved in battery materials, battery cell and whole package design, battery management system research and development, battery manufacturing and other links. 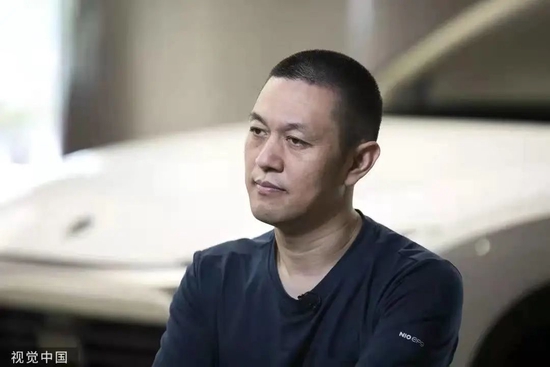 The battery developed by NIO will be installed in new brand models. According to Li Bin’s spoiler, the new brand planned by NIO will focus on the range of 200,000-300,000 yuan, and it is planned to be mass-produced and delivered in the second half of 2024.

From fighting for single-month sales to looking into the third quarter and beyond, under various unfavorable factors, “Wei Xiaoli” began to be forced to turn to “long-termism”.

Behind the pessimistic expectations of the three companies are the common problems faced by the entire industry.

The impact of the epidemic is the most intuitive. In April this year, the sales of new energy vehicles fell sharply. According to the retail data released by the Passenger Federation, the retail sales of new energy vehicles in April were 282,000 units, a year-on-year increase of 78.4%, but a month-on-month drop of 36.5%. The sales volume of “Weixiaoli” fell month-on-month, underperforming industry data.

Among the three, ideal sales declined the most. In April this year, the ideal delivery volume was 4,167 units, a year-on-year decrease of 24.8% and a month-on-month drop of 62%.

In this regard, Shen Yanan, President of Ideal Motors once explained to the outside world that the Changzhou base of Ideal Motors and more than 80% of its parts suppliers are located in the Yangtze River Delta region, and some suppliers in Shanghai and Kunshan are unable to supply, and some suppliers even completely shut down, The outage made it impossible to maintain production after the existing parts inventory was digested. 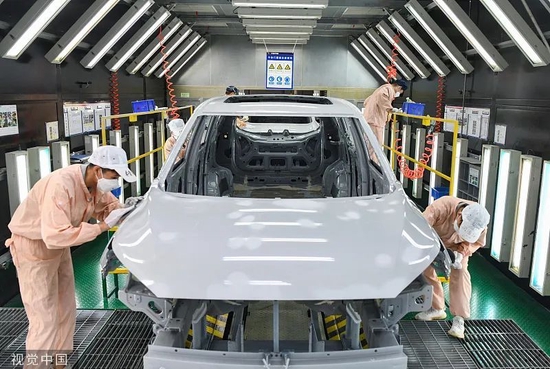 At the earnings conference call, Shen Yanan revealed that at present, about half of the ideal suppliers have resumed production. “However, as far as the development of the situation in the next stage is concerned, there are still certain uncertainties.” Shen Yanan said, “The biggest risk is still the problem of suppliers’ capacity recovery.”

It is foreseeable that the impact of the ongoing epidemic on the performance of “Weixiaoli” will gradually appear in the second quarter.

However, from the perspective of the industry, the epidemic is still an accidental event, and it is not a normal situation, and will not have a great impact on the long-term supplier management strategy of car companies.

In the long run, the pressure of rising raw material costs will be a more pressing threat than the pandemic.

Rising raw material prices will be transmitted from battery manufacturers to car companies. Since the end of last year, the price of battery raw materials has been almost one a day. Li Bin revealed at the NIO earnings conference call that starting from April, according to the new agreement between NIO and the battery supplier CATL (Ningde Times), the cost of batteries will be linked according to the raw materials.

At the earnings conference call, Li Bin expected that Weilai’s gross profit margin would rebound in the third quarter, but the specific level of the rebound is limited by the fluctuation of battery costs, and there is still uncertainty.

Based on the expectations of the three companies, “Wei Xiaoli” is equivalent to giving up the second quarter. Faced with the increasingly uncertain external environment and the dual pressures of production capacity and cost, “Wei Xiaoli” turned to focus more on operational capabilities and future layout.

In the first quarter of this year, Weilai’s net loss reached 1.78 billion yuan, down 16.8% from the previous quarter, but it was still the largest among the three. Xiaopeng ranked second with a loss of 1.701 billion yuan, an increase of 32.1% month-on-month. The company explained that the expansion of the loss was caused by the development of new models and the increase in R&D personnel, which doubled the R&D expenditure year-on-year.

At present, “cost reduction and efficiency increase” have become the key words of the three companies.

Since the beginning of this year, the recruitment rhythm of the three companies has slowed down, and Xiaopeng and Ideal have also been exposed to the news of breaking their contracts for fresh graduates.

Optimize employee costs, and the effect will be quickly reflected in performance. According to the report of “Bian Niu Shi”, some people in the industry pointed out that if the optimization of employee costs can be realized, the ideal will likely turn losses into profits and become the first new force among the three “Weixiaoli” companies to achieve profitability.

But there are still some cost problems that “Wei Xiaoli” cannot solve in a short time, such as chips and batteries, which are a major shortcoming of being controlled by others. In the face of chip supply shortages, BYD can sit back and relax at its own chip factory, while He Xiaopeng can only use Duck to “seek chips online”.

At present, the three companies have begun to “make up lessons” for their own problems, but this process is undoubtedly long.

Xpeng Motors said that it has started to build in-depth self-research on embedded system hardware and underlying software in steps since 2015. In 2022, this part of self-research results will enter the stage of generating economies of scale, which will enable Xpeng to develop more in the future. Respond flexibly to chip supply issues. 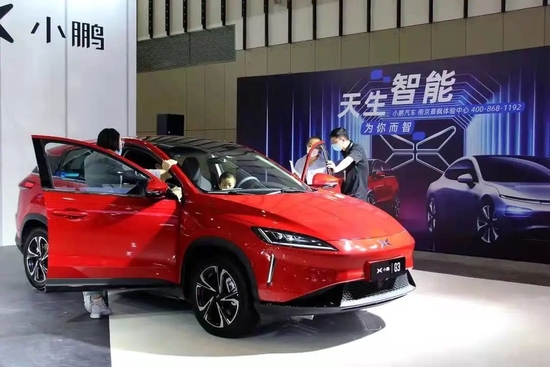 In the battery field, in March this year, “Weixiaoli” jointly invested in Xinwangda, a top ten domestic battery manufacturer, hoping to share the risk of battery supply by finding more suppliers.

In the long run, the common goal of the three companies is to get rid of foundry and gain the initiative in the supply chain to improve profitability, but this obviously takes time.

At the financial report conference, Li Bin revealed that the new brand models equipped with NIO’s self-produced batteries will not be delivered until the second half of 2024.

In the face of the common problems faced by the industry, the troubles of “Wei Xiaoli” are not the same: Wei Lai, which has lost its top position, needs to prove itself again; Xiaopeng urgently needs to improve its gross profit margin; , to launch new products as soon as possible and open up new markets.

On the issue of how to solve their own troubles, “Wei Xiaoli” tacitly reached a consensus – to launch a new car.

Launching new products is also a major means for “Wei Xiaoli” to increase efficiency. Under the background of poor performance in the second quarter, the three companies hope to fight a “turnover” with new models in the second half of the year.

In the second half of this year, the market will usher in a wave of intensive new car launches. NIO released three new models this year, namely ET7, ET5 and ES7. Currently ET7 has been delivered, while ES7 and ET5 will be delivered in August and September respectively.

Li Bin is relatively optimistic about the performance of the new car. At the earnings conference call, Li Bin said that the models equipped with NT2.0 released in the second half of the year will help improve the gross profit level. In addition, as soon as the second half of this year, Weilai’s overall production capacity may reach 20,000 units/month.

In addition, Li Xiang said that in the future, an explosive product will be launched in a price range of every 100,000 yuan, including 400,000 to 500,000 yuan. “We will also evaluate whether the product power offered in each price range can become the absolute leader in this price range.” 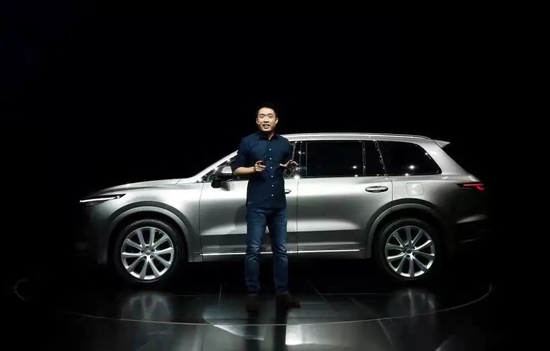 As for Xiaopeng, at the end of 2021, the flagship model G9, which debuted at the Guangzhou Auto Show, will be launched and mass-produced in the third quarter of this year. The Xiaopeng G9 is expected to sell for more than 300,000 yuan, and will form a head-to-head competition with the Ideal L9 and Weilai ES7.

If all goes well, NIO’s monthly delivery volume will rise rapidly in the second half of the year. Ideally, it will make explosive models in various price segments. Xpeng will also rely on high-priced SUV models to greatly improve gross profit levels. According to He Xiaopeng, the medium and long-term goal of Xiaopeng Motors is to increase the overall gross profit margin to more than 25%, which is similar to Ideal’s current gross profit margin.

From the perspective of their respective product strategies, Weilai and Ideal are exploring the hinterland of Xiaopeng; Xiaopeng has begun to attack the high-end. With the step-by-step implementation of the three product strategies, “Wei Xiaoli”, who once relied on differentiated play methods to develop independently, will have to face-to-face collision in the future competition.

It is foreseeable that their competition will become increasingly fierce. In the next period of time, “Wei Xiaoli”‘s close combat will become a major attraction in the industry.

This article is reproduced from: http://finance.sina.com.cn/tech/csj/2022-06-10/doc-imizmscu6140649.shtml
This site is for inclusion only, and the copyright belongs to the original author.