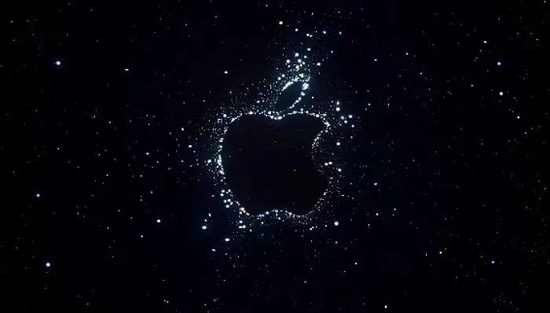 Beginning with the iPhone 5, the iPhone’s autumn launch has been fixed on Tuesday in the third week of September, with the exception of the iPhone 12, which was delayed due to the epidemic. But this time, Apple has brought the event up a week earlier for the first time.

This “scheme” was seen by columnist Tim Culpan, who believes that the “tricky” behind it is actually Apple’s unique fiscal year arrangement – Apple’s budget and revenue calculations this year are from October last year to September 24 this year. This also means that if new products are released ahead of schedule, nearly a week of sales will be included in Apple’s fiscal revenue this year. This is crucial for Apple, whose performance is not ideal.

Last month, Apple released its fiscal 2022 third-quarter performance report. Except for the iPhone, the performance of other product lines declined across the board. The iPhone, whose beauty hides all ugliness, is the lifeblood of Apple. In this context, the launch of the iPhone 14 at the autumn conference will almost become the ballast stone that determines Apple’s performance in the coming year.

In the early morning of September 8, Beijing time, Apple’s autumn new product launch conference was held as scheduled. At the 1 hour and 40 minute conference, Apple updated its three product lines, namely Apple Watch S8, AirPods Pro 2 and iPhone 14 series. Overall, it can be summed up as “expected”.

Without the 15% price increase in the forecast, Apple still continues the idea of ​​increasing the volume without increasing the price. Some analysts said that the previous price increase news may only be a tentative move in the market. If the price is generally increased, especially the ordinary version of the volume, the final sales may be affected.

The two models that have changed the most this year are the iPhone 14 Pro and the iPhone 14 Pro Max: starting with the iPhone X, the “Liu Haiping” that has lasted for many years has been changed to a “Pill Screen”. In fact, this design has been around for a long time on Android phones, but Apple has gone a step further. In order to weaken the visual barriers caused by this hardware limitation, it has designed an interactive experience called “Smart Island” – which is rarely seen in Apple in recent years. differentiating highlights. 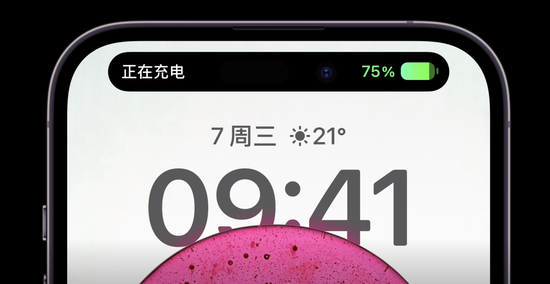 After the press conference, some people were pleasantly surprised by the design of “Smart Island”, and some people sighed that it was still “13 incense”. Can the iPhone 14 series become a real fist product? Perhaps we can find some clues from the past generations of iPhones.

The first-generation iPhone was born in 2007, with a 3.5-inch full screen and a home button, which was a stark difference from the mainstream mobile phones with keyboards at that time. However, it was still the world of functional phones at that time. Until the appearance of the iPhone 4 in 2010, Apple’s mobile phone really won the recognition of the world. Together with the iPhone 4S, two works of Steve Jobs during his lifetime have become eternal classics.

Next, the iPhone 6 is probably the best-selling series ever, with 222.4 million units sold. In this series, the iPhone has made a major change to the appearance of the mobile phone, with a rounded corner design and a thinner and lighter body. At the same time, it also allowed Apple to open the era of dual flagships (the Plus model was set up for the first time).

2017 is the node of the 10th anniversary of the birth of the iPhone. Apple ushered in a major innovation. The launch of the iPhoneX series used Liu Haiping for the first time, completely canceled the Home button, and used FaceID as a new unlocking method.

After the iPhone 6, the best-selling model is the iPhone 13 released last year. According to Canalys data, the iPhone 13 series accounted for two-thirds of the global high-end mobile phone market in the first quarter of this year. In the second quarter, Apple shipped 18.9 million mobile phones, accounting for 52% of the market share. Among them, the sales of the iPhone 13 were far ahead.

The loss of domestic mobile phones in the high-end line, coupled with the strong discounts on the iPhone 13, have made this series an absolute best-seller. 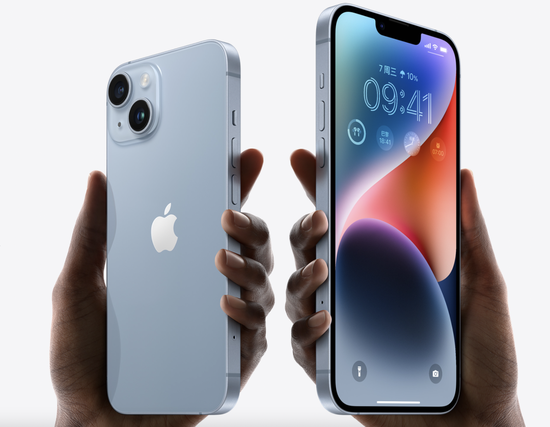 In fact, after sorting it out, it can be found that the success of the iPhone in the consumer market has long ceased to rely on major innovations at the technical level, so there is a situation where the industry complains that Apple squeezes toothpaste every year without innovation. Models that can achieve high sales are either won by highly recognizable features such as appearance and color matching, or won by price.

To measure the iPhone 14 series by this standard, it is foreseeable that the Pro series equipped with the “Smart Island” design may be favored by more consumers.

Can the iPhone continue to pull Apple?

Regarding the sales of the iPhone 14, there have been continuous predictions before the launch.

Tianfeng International analyst Ming-Chi Kuo once said through overseas social platforms that based on his survey of Chinese dealers, retailers and scalpers, the demand for iPhone 14 in the Chinese market may be stronger than iPhone 13, because the above-mentioned people are iPhone 14 Paid the “largest down payment ever”.

In addition, according to estimates by component suppliers and electronic manufacturing service manufacturers, iPhone 14 shipments in the second half of this year will be about 100 million. Among them, the demand for the iPhone 14 series in the Chinese market may be higher than expected.

Regardless of the analysis and prediction of experts, at least before the launch, Apple’s suppliers are already busy. According to the Times Weekly report, about half a month ago, the production capacity of Foxconn’s factory in Guanlan, Shenzhen began to climb rapidly, and by the start of the press conference, it was close to the peak production capacity. The factory’s stocking in the past month is roughly 350,000 units, mainly to meet the shipments after the release of new products.

The final result is still unknown, but it is an indisputable fact that the annual Apple autumn conference and the latest iPhone series products can always be a booster for the consumer electronics market. Especially in the current downturn in the industry, this conference came very timely. 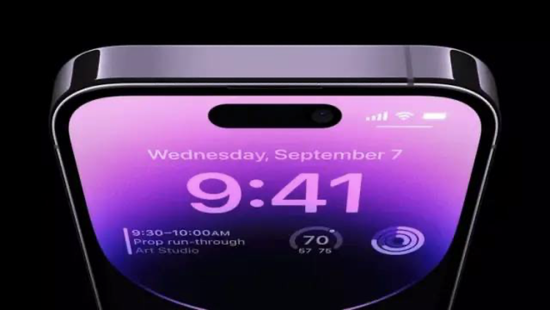 According to data from market research firm CINNO Research, in the first half of 2022, China’s smartphone sales were about 134 million units, a year-on-year decrease of 16.9%. Looking at the world, the situation of the mobile phone market is also not optimistic. According to Canalys data, during the first and second quarters of 2022, global smartphone shipments will drop by 11% and 9% year-on-year, respectively. According to Qualcomm’s forecast, global smartphone shipments will drop by 5% this year.

The market is sluggish, and the life of the mobile phone manufacturers in it is not easy. In the second quarter of this year, in addition to Honor, several other manufacturers in the domestic market experienced significant declines. Among them, vivo shipments fell by 28%, OPPO fell by 30%, and Xiaomi fell by 16%. Xiaomi’s financial report also said that in the first half of the year, its mobile phone sales decreased by 25 million year-on-year.

In this situation, the performance of the iPhone can be described as a “counter-trend” general existence.

According to Apple’s financial report for the third fiscal quarter of 2022 (that is, the second quarter of the natural year of 2022), despite the slowdown in revenue growth, the decline in net profit, and the decline in other business lines, Apple’s mobile phone business remains unchanged. Growing Growth — Sales in the fiscal third quarter of 2022 were $40.665 billion, up 2.8% year-over-year and better than expectations of $38.85 billion.

There is no doubt that the iPhone 13 series, which is in high demand, has not only become the savior of Apple’s performance, but also an “alternative (Canalys’ analysis)” in the global mobile phone market.

The reason why the iPhone 13 series can maintain stable and upward sales is largely because the high-end mobile phone market has been less affected. Previously, Qualcomm said that currently the most affected are the low-end and mid-range mobile phones running the Android system. Counterpoint data also shows that during the second quarter, compared with the overall 14% year-on-year decline in the Chinese smartphone market, sales in the high-end market fell by only 10%.

Judging from the composition of the new products released this time, Apple’s distinction between high-end and high-end mobile phones has been further widened, and its intention to grasp the dominance of the high-end market is also very obvious. In the second half of last year, the shipment of iPhone 13 was less than 75 million, and the order volume of iPhone 14 in the second half of this year was about 90 million. Apple’s confidence and ambition are not small. 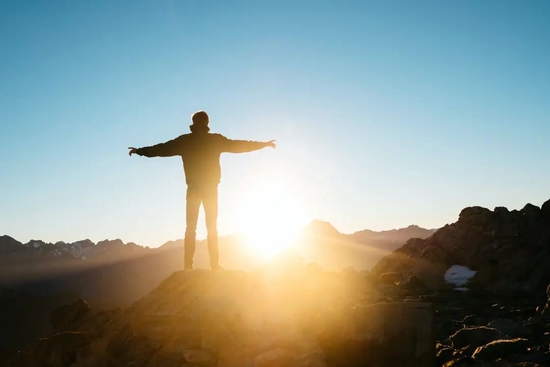 High-end market users have strong spending power, high product profit margins, and stronger brand anti-risk capabilities. This is an industry consensus. Everyone wants to rush to the high-end market, but in the end, only a few people can stand on this thin mountain. Apple accounted for more than 60% of the high-end market share.

As for the iPhone 14 series, whether it will help Apple continue to consolidate the country, or will it bring certain risks, it will take time to give the answer.

However, in the current downturn in the electronic consumer market, the industry needs someone to stand up and boost morale and confidence. Only when the overall market is improving can the participants in it be generally comfortable.

Even if this confidence comes from Apple, the “public enemy of the industry”.

This article is reproduced from: http://finance.sina.com.cn/tech/csj/2022-09-09/doc-imqmmtha6620148.shtml
This site is for inclusion only, and the copyright belongs to the original author.