One late night during the Dragon Boat Festival holiday, I was playing games on my computer at home, specifically, Survival on a Raft. I was very enthusiastic about this game in those days, and I was addicted to making a fire, cooking, building a house and sailing on a raft. While fishing, the character suddenly walks forward uncontrollably and falls into the sea with a thud. The shark that had been swimming beside him for a long time swam over excitedly, and just opened his bloody mouth, the screen suddenly went black, and the game crashed.

At first I thought it was the computer’s regular exhaustion, and I restarted the game without caring, but it crashed again after more than ten seconds. At the moment when the game was closed, I noticed that other programs originally opened on the computer desktop, such as WeChat, Steam, and folders, were also automatically closed one by one. Then I opened the Edge browser to search for the reason why the game crashed. Before I could type, the Edge window disappeared automatically.

My next action was to habitually right-click on the desktop to “refresh”, and then I found a more bizarre scene: the mouse pointer automatically moved up and down in the right-click menu uncontrollably, and hovered over “New”, as if to prevent I use other right click function. A familiar feeling came up, and I immediately entered the task manager to check the process. At this time, I found that the right mouse button was no longer able to call up any menu on the task bar, but fortunately ctrl+alt+del was still available.

There are no unfamiliar process names in the task manager, but there are a lot of repeated normal application processes. I tried to end the task. Guess what, I can’t close any of them. Just tell me that I have no permission.

At this point, I’m sure my computer is poisoned. Since Windows Defender is built into Windows 10, it is equivalent to its own anti-virus software. Computer poisoning is really a new thing. Most malicious programs are killed before they show up. It’s been a long time since I saw a live virus, but instead I’m a little interested. But at this time, I still feel that this virus is just a small case, but it is just a level of manual killing and killing – at most, let Defender scan the hard disk once. 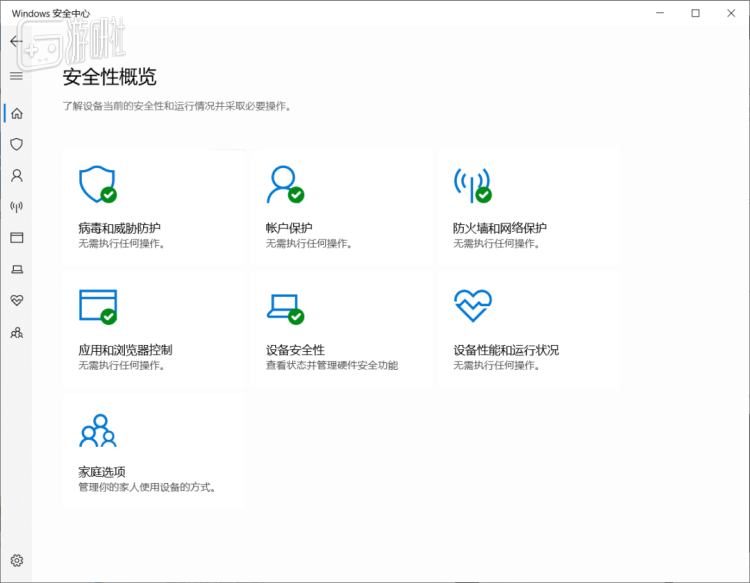 Usually this is enough

So Defender started a quick scan, and sure enough, several malicious programs were found, which were removed immediately.

After restarting the computer, the problem persists.

The virus is not only not cleaned up, but more rampant. I feel that I am gradually losing control of the computer, the resource manager cannot be opened, cannot view any folders, and the keyboard is showing signs of failure. Pressing the “windows key” cannot bring up the start menu, but pressing ESC brings up the start menu. Came out, very confused. Windows Defender has been unable to detect any abnormalities, and it seems that its virus database does not contain this virus.

At this time, my spirit began to get excited, my long-lost passion for repairing computers was awakened, and the Bosses in the game were suddenly boring. Before going to bed, focus on eliminating the virus!

Don’t laugh, I should have recruited in the domestic download, because I downloaded a bunch of simulator tools on a whim the day before. Considering that foreign antivirus software may be unaccustomed to the environment, I plan to use the most entry-level 360 to deal with it. After all, with past experience, most viruses can be killed with 360 kills, which is completely enough.

360 Security Guard + Antivirus successfully settled in my computer and started the killing work. I was very worried that the installation process would bundle a bunch of other software, but later I found out that it was a lot of worry. It seems that it has been standardized a lot in the past two years. After a scan, 360 told me that your computer is safe, but the boot speed is not fast enough. There are the following X options to optimize…

For the first time, I realized the seriousness of this virus, but I downloaded a Tencent computer manager without giving up. My reason is that maybe 360 ​​has been in trouble over the years, and Tencent has grabbed a lot of shares. Now Tencent may know more about domestic viruses.

After Tencent Computer Manager was installed, it even suggested me to scan it in safe mode, but no virus was found.

The situation at this time is already a bit funny. Through the background process, it is obvious that the virus is spreading and infecting in the computer. The disciples and grandchildren of the virus seem to have started a Party on my desktop. The word “poison”, the keyboard and mouse functions are disordered, and even the wallpaper has been changed for me. The two antivirus software turned a deaf ear and could not detect any abnormality at all.

It seems that foreign antivirus software must be used, I said to myself.

After a Google search for the most popular antivirus software, I downloaded Avast, which came first in the search results, from Prague, Czech Republic, and has been known for a long time. In order to avoid any accident, I took 360 Antivirus and Tencent Butler out of the computer. 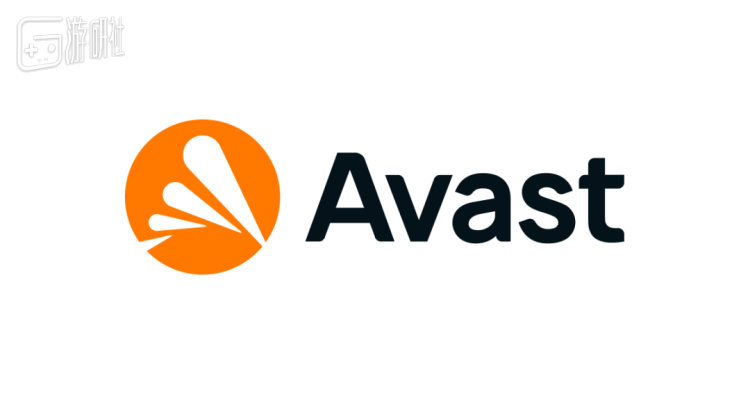 However, Avast didn’t detect any viruses either, and even bundled a home browser when I wasn’t paying attention.

To be honest, three antivirus software in a row said my computer was not poisoned, and I even wondered if my keyboard and mouse were faulty. At this time, the keyboard has almost failed, but it is not completely unresponsive, but each key is mapped to a function that does not belong to it. I repeatedly plugged and unplugged the keyboard and mouse to make sure that the interface did not enter the water, and then entered the safe mode and found that everything was normal. Only rule out hardware problems.

In my impression, the viruses I have encountered in recent years are all petty troubles, because most viruses are also profit-seeking. If you can silently open the back door and plant a Trojan horse, even if you complete your duty, you will not be able to paralyze the user’s computer. . I haven’t encountered this kind of virus that will kill the fish and the net when it comes up for 10 years.

Time to do some homework, I said to myself.

After reading some comparative reviews, I decided to install ESET, and I heard it’s amazing.

But at this time, with the continuous invasion of the virus, my keyboard input function has completely failed, I can’t type a word, and I can’t use software such as QQ. How can I access its official website address and download it?

Fortunately, Chrome can still be used normally (Edge has been hung up), and there are ladders in the home routing. I first used Chrome on my phone to access the ESET official website, and then synced the access records on my computer before I dragged the software down.

Just after the installation, ESET gave me another dismay. As an old-fashioned antivirus software, it adheres to the fine tradition of trial first and then purchase – “Just enter your email and you can try it for 30 days!” The system prompts.

As I said before, I can no longer use the keyboard, and naturally I can’t enter the mailbox. After hesitating for a moment, I remembered that I could still use Chrome to save my life, so I entered Gmail from the homepage and copied it over (fortunately, copy and paste can be used), and then I officially entered the antivirus software.

Although the content that follows is too much like an advertisement, it is indeed ESET that solved the problem for me.

Before that, the only impression I had from ESET was the robot image that resembled the protagonist of Public Enemy Mechanical. That day was the first time I used their product. The functions of the entire software are extremely streamlined, as if it was passed through 20 years ago, and there is not even a “quick scan”, one scan is the whole picture, and two abnormal programs are found at the beginning of the scan. It was four o’clock in the morning after the toss, and I no longer had the energy to accompany me, so I went to bed at the appointed time.

When I woke up, ESET told me that 17 abnormal conditions were found. After one-click cleaning, the computer finally became normal. I did not worry and swept it again, wiped out a few virus remnants, and the computer was completely clean.

Until the end, I didn’t know what the virus was. The malicious files scanned were disguised as EXE files of normal computer programs. The difference was that the file name had an A or B letter compared to the normal version, such as “Photoshop B”. . Some fear is that the virus has spread to the One Drive drive letter. This means that if I open my work laptop rashly before I completely remove the virus, the virus will be automatically synced through the One Drive cloud disk as soon as I turn it on… This is the first time I realize that there is such a danger in cloud disks.

This is all my experience of computer poisoning in 2022. I feel like I dreamed of going back to the XP system era in college. I even showed my girlfriend how to repair a computer. She thinks that the computer is poisoned like this, and it is no longer possible for ordinary people. The scope of the solution is over, and I need to find a professional to deal with it, and I keep asking me if I know anyone who understands computers, which makes me feel a little underestimated. I said that in the past we used computers like this, and it was a big deal to reinstall the system. 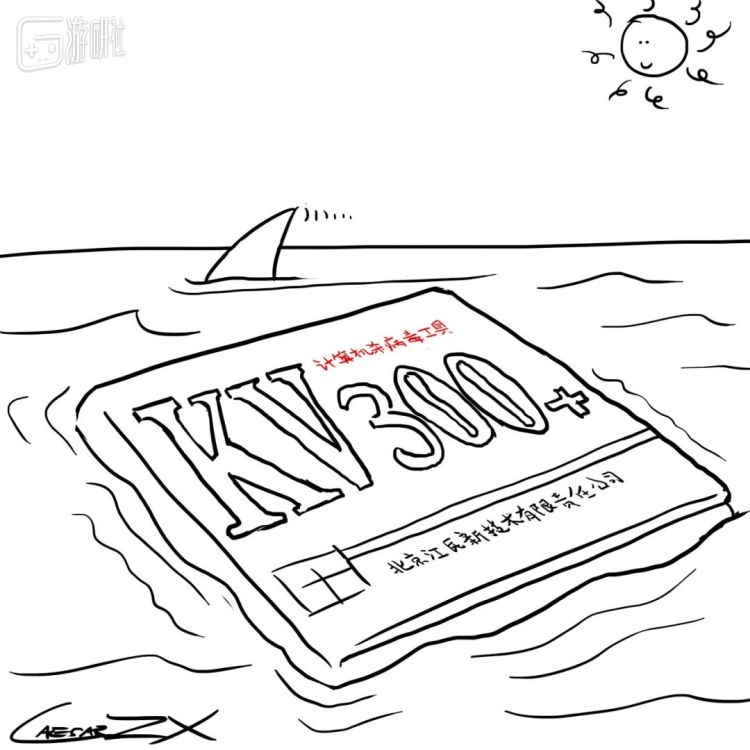 In that era when every reinstallation of the system takes a whole half day, antivirus software is still somewhat useful. -CaesarZX

This article is reprinted from: https://www.yystv.cn/p/9237
This site is for inclusion only, and the copyright belongs to the original author.