I hope it’s a starter, not a follower.

After “Vampire Survivor” was launched on Steam last year, it has received nearly 110,000 reviews so far, with 98% of the positive reviews and more than 100,000 positive reviews. It carried forward a sub-genre of Roguelike and became a classic of the genre. 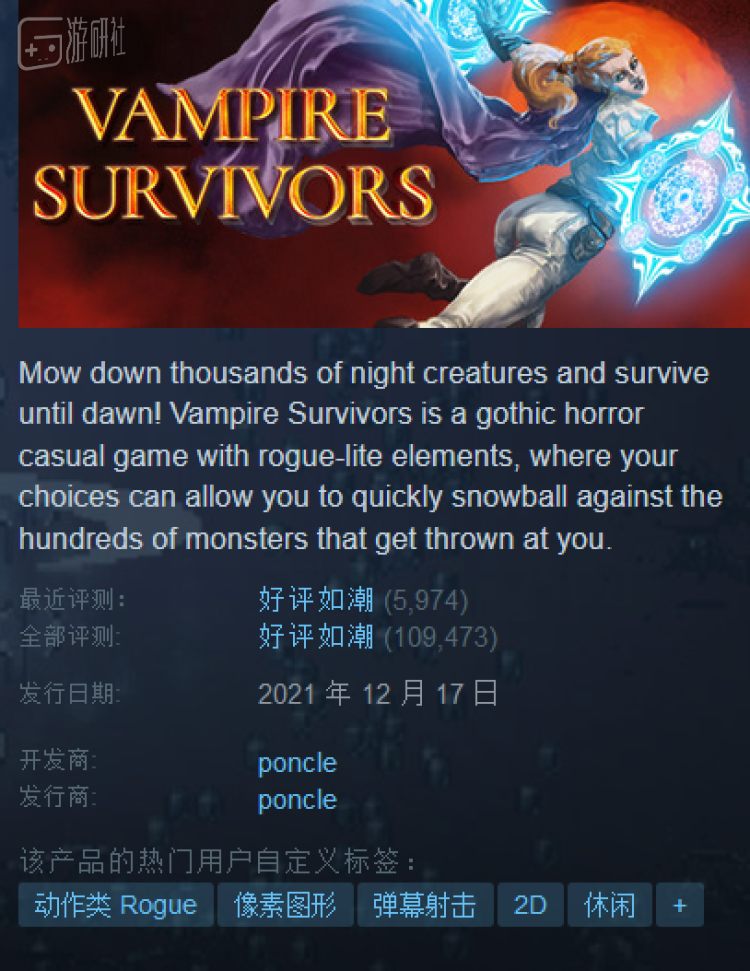 Before that, there were actually many games with similar styles in the Roguelike genre. For example, games such as “Bloody Land”, “Planet Drift”, “Geometry Arena” and “Strike Doll: The Primarch” also have Rogue elements and a large number of monster spawning characteristics, and they have all received extremely high praise. But the popularity of these games has not reached this level. “Vampire Survivor” can be said to integrate the advantages of these predecessors and improve them. Even compared to its direct imitation object, the mobile game “Magic Survival”, it leaves it far behind in many aspects. 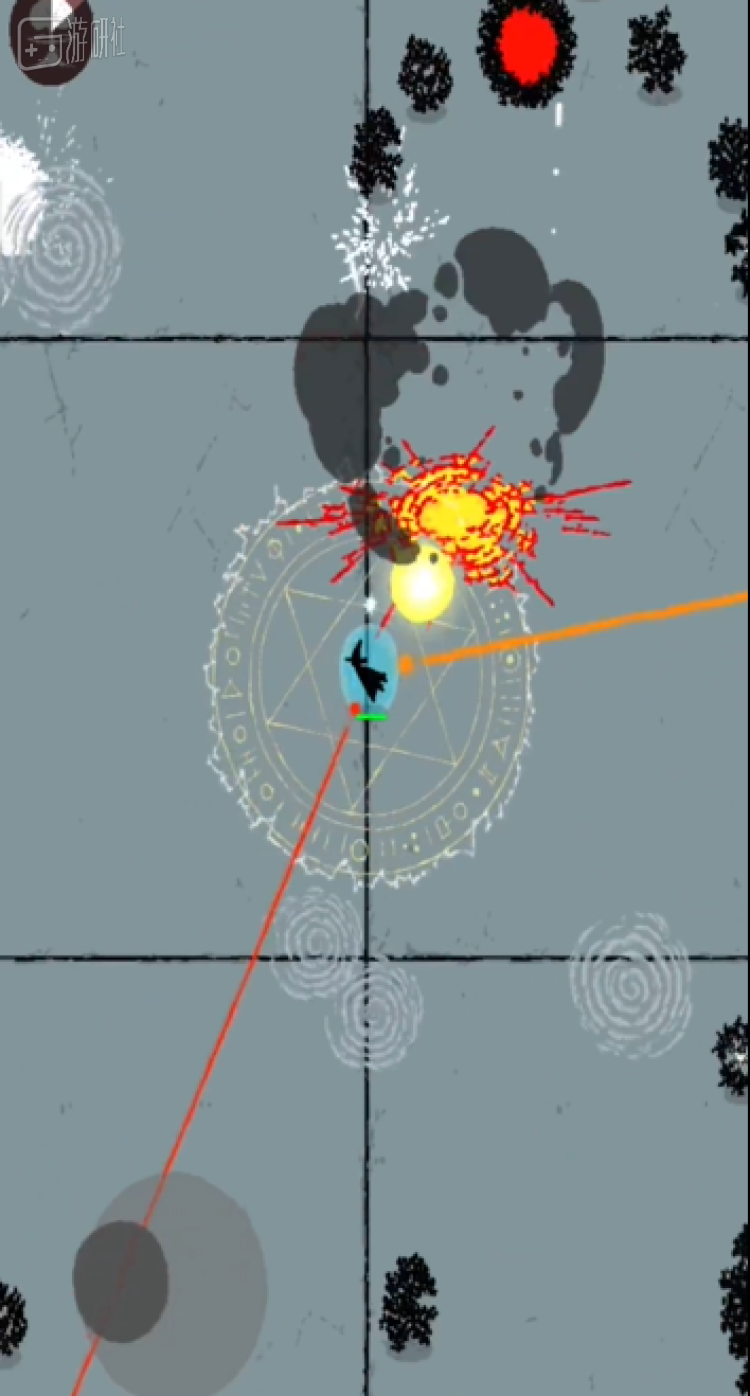 The difference between “Vampire Survivor” and previous Roguelike games is that it sets a fixed amount of experience to upgrade to obtain talents, which makes the rhythm of Roguelike more distinct, and the number of monsters on the same screen is piled up to the extreme, which greatly improves the sense of refreshment. . These two points are not possessed or combined by previous Roguelikes. 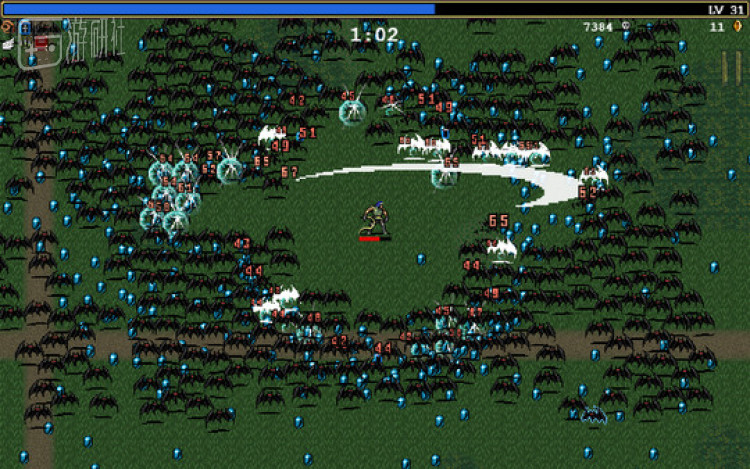 And the whole game is full of rhythm, no matter the attack frequency or the damage value, the player can effortlessly estimate how many attacks it takes for the monster in front of him to destroy it.

At the beginning, I was still wondering how this game thought of using only a single joystick, but after seeing that the work it imitates is a mobile game, it is not surprising. For mobile games, the single joystick operation is more concise and convenient. Unexpectedly, after this feature was reversely migrated to the computer, a wonderful feature was revealed. The richness of Roguelike and the simplicity of operation were combined, making the fun of this game purer.

It is this simplicity that makes people fascinated by it. I have seen some people say that if you develop on this basis, you may be able to compete with Roguelike predecessors such as “Dead Cells” and “Hades”, but in fact, it does not need to follow The works are side by side, without needing to add unnecessary excess and dimension to it, and it’s just as captivating as a skimpy game.

For small genre games, the simpler the game operation, the higher the positive emotional feedback, the more likely players will like it, as evidenced by “Xiao Xiaole”, which once topped the list. 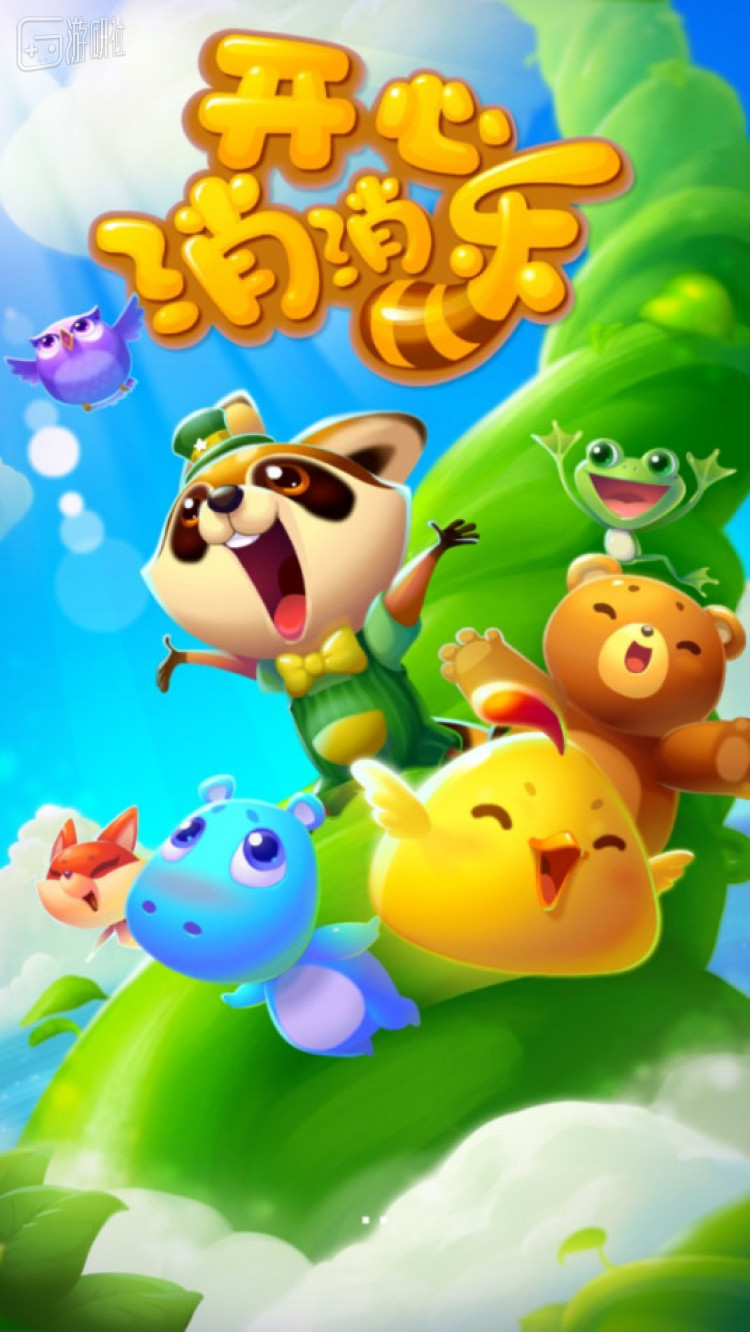 Mobile games that once dominated the charts

3. Differences from the predecessors

After being inspired by the “Vampire Survivor”, a Roguelike mode that combines upgrades and monsters, a large number of games that directly or indirectly imitate it have emerged.

A new word was even derived – vampire-like survivor game. This name is the same as the naming logic of soul-like games and Metroidvania games. Because it is a new type, it is difficult to summarize its characteristics with simple concepts. Therefore, it is directly referred to by the name of the work, and the Roguelike to which it belongs is also such an example. If you really want to name this genre, maybe the name “Roguelike lawn mowing game” is more appropriate.

This prosperous scene reminds me of a group of little butters who all took the form of matchmaking after “Mirror” became popular. These butters can also be called Mirror-like games.

In terms of picture style, these imitators have diorama, cartoon, and two-dimensional. In terms of themes, there are space colonization, alien invasion, Cthulhu, fantasy, etc. In terms of gameplay, another joystick, talent skill book, monster types and behaviors, and characteristic Boss battles have been added. It can be described as a variety of, everything.

It is a pity that although there are many followers, there are very few outstanding ones. Not to mention the quality of “Vampire Survivor” itself, the quality is also pitiful.

Here I will make a simple listing and sorting of this type of games that were produced at the same time or at the later stage of “Vampire Survivor”, for the reference of players who are interested in such games. The following rankings refer to steam ratings and my own impressions of them, with decreasing quality from front to back. 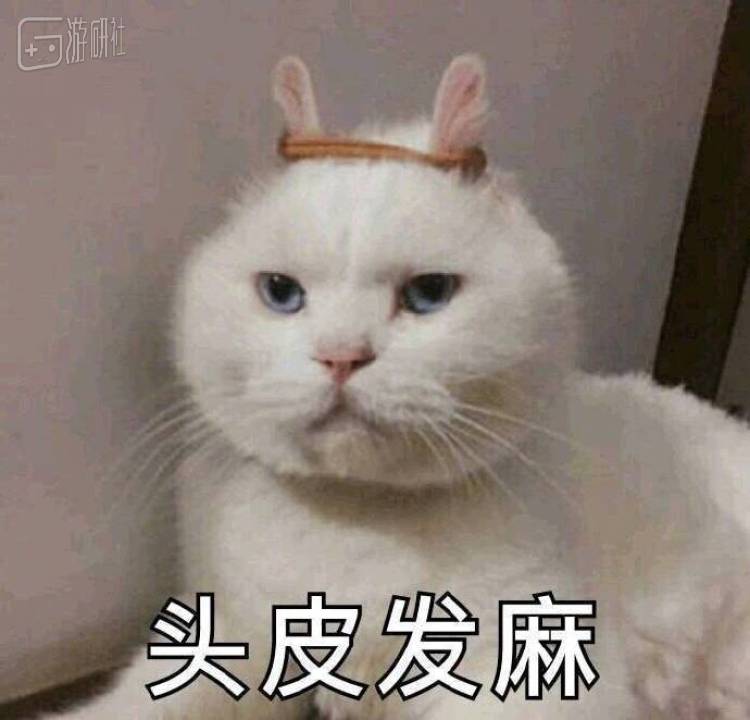 Although these successors are the same in form as “Vampire Survivor”, they are a combination of upgraded Roguelike and lawn mowing, but the reason why they are incomparable is mainly due to the difference in two details.

One is the control of the number of monsters, and the other is the balance of numerical design. The two are indispensable. Control the number of monsters on the same screen and do a good job of designing the monster’s HP value, so that the field of vision is not too empty, or the output is unsustainable and the game cannot be continued. This can create the right sense of urgency to move around, so that players can get the most basic sense of engagement in casual play.

To put it simply, other imitators tend to have few monsters, and easily reach the level of invincibility. In the later stage, they can’t even see the trace of the monsters. The most obvious point of controlling the number of monsters is impossible, let alone the exquisite numerical design. It is no wonder that these imitators have a bad response. 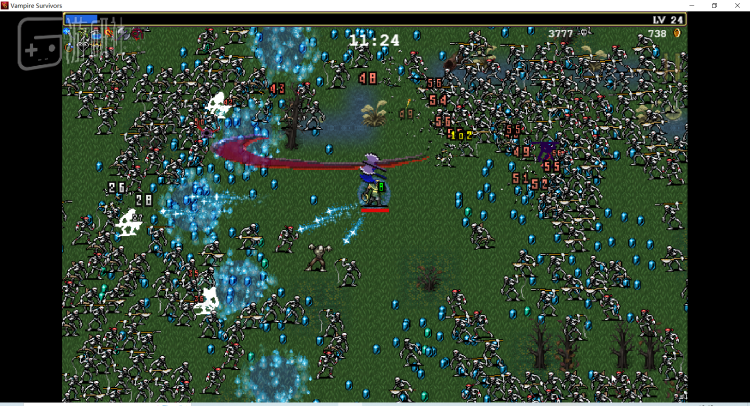 strong contrast with the former

The only two of these successors that stood out to me were 20 Minutes Before Dawn and The Last Battle of the Seraph. “20 Minutes Before Dawn” vaguely showed me the new direction of Roguelike games. I never thought before that the experience of dual joystick shooting Roguelike can be so fast-paced and refreshing. 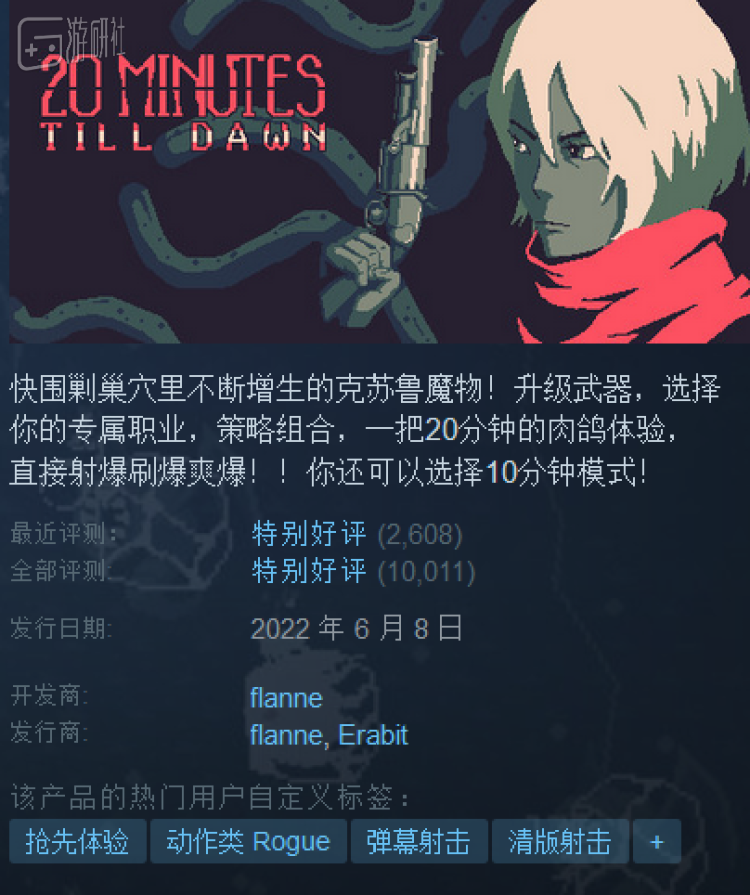 In “Seraph’s Last Battle”, the upgrade element has been changed to a level-breaking element, and new abilities can be obtained every time you pass a level, which makes the feedback of character improvement more vivid, and its numerical design is also quite in place, making its strategy Sex is greatly improved. 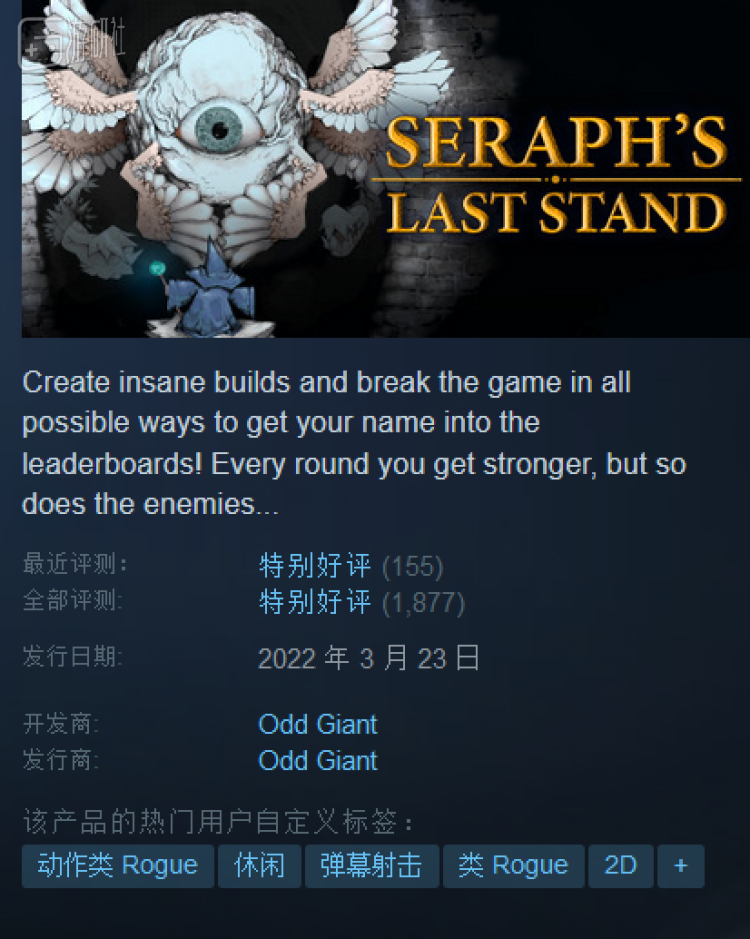 “Vampire Survivor” perfectly combines Roguelike and fast-paced monster spawning, which makes Roguelike reduce the cost of learning and improve the refreshment of the experience, which is undoubtedly a huge improvement from a certain point of view. This door was opened by “Vampire Survivor”, and I don’t want its successors to just stop there. I think the road that this door leads to is far-reaching and promising, and I hope the successors will follow through.

This article is reproduced from: https://www.yystv.cn/p/9524
This site is for inclusion only, and the copyright belongs to the original author.