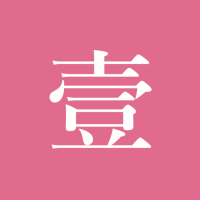 I am obsessed with language. Although I am not a fan of the Queen, I don’t like Hong Kong people calling the Queen a clerk. This title reflects the Chinese ignorance of the British order and British tradition.

There are indeed thousands of mountains and rivers between different orders and traditions.

The views of those who use “fans” in a grand manner should be ignored, but there are just relevant passages in the aforementioned Li Zhaoxing’s article that explain it well:

… As a Hong Kong-style common name, Shi Tau Po explains the relationship with the Queen of England in the imagination of more Hong Kong people: of course, it is far from a blood family, not even a self-proclaimed citizen, but a labor-management relationship. Yes, Hong Kong people only work for the Queen mentally. Hong Kong people generally refer to small bosses as “Shitou” (the word “head” in Cantonese is pronounced first), remember, not big business owners, but more referring to small shop owners. Just like those mom-and-pop shops or tea restaurants at the end of the street, the husband and wife often take turns to watch the stalls, and the hostess is generally called “Shitoupo” (the word “head” here is read back to the regular). It is a classy but friendly title. It is a small team-type employment and employment scale. It pays on time and goes all out. It may not have the bitterness of a male boss, but has a human touch of a female owner. What it symbolizes is actually a kind of social tacit understanding: fair trade, sophistication… In any case, it is necessary to understand the popular understanding of the Queen of Hong Kong people, in order to understand the emotional changes in the fire. Therefore, it was only later that this understanding was discovered. It turned out to be so compatible with the colonial strategy that the United Kingdom first implemented on Hong Kong nearly 200 years ago. Originally, it was such a naked commercial exchange. , at that time Britain hired Hong Kong people to help it do business.

You don’t like the lofty stance, you want to be a little more mundane, that’s fine. But even the worldly can and should be educated. Secular does not mean vulgar.

In the 1970s, Hong Kong people already expressed their secular upbringing through the word “shou”, but Yu Jie, who grew up drinking low-quality milk, did not understand it until 2022.

This article is reprinted from: https://blog.yitianshijie.net/2022/09/12/why-was-the-queen-called-shi-tou-po-in-hong-kong/
This site is for inclusion only, and the copyright belongs to the original author.