Today’s mobile devices have been monopolized by the two major operating systems, Apple and Android, and players can also find the most suitable handheld games for themselves. However, if we go back to the beginning of this century, the number one overlord in the mobile phone field is undoubtedly Nokia. Especially in the domestic market, with its outstanding performance and durable advertising, Nokia has a very high position in the minds of the masses.

At that time, Nokia not only had excellent hardware performance, but also launched the revolutionary mobile phone system Symbian (Symbian), allowing users to freely install software on their mobile phones like computers. What is particularly outstanding is the game. No matter the performance of the picture, music, or the smoothness of the operation, it has not lost to the game consoles at that time. Compared with the traditional black and white snakes, it is a leap forward. Nokia even launched a special game. Mobile N-GAGE. Soon Saipan mobile games have become a new entertainment choice for many players. In those days, the installation of games was not as easy as downloading from the app store. You need to download the installation package yourself, and then transfer it to the mobile phone for manual installation. Due to the particularity of the Saipan system, users still need to install Certificate signing and other operations. Even so, players are still eager to try all kinds of new games. At that time, the capacity of mobile phones was limited, and most of the games were deleted after they tried, and only the favorite ones were kept.

Among the many classic works of the year, two were regarded as classics, and they were the first choice for many people to go to work and go to school. Sky Force and Sky Force Reload. 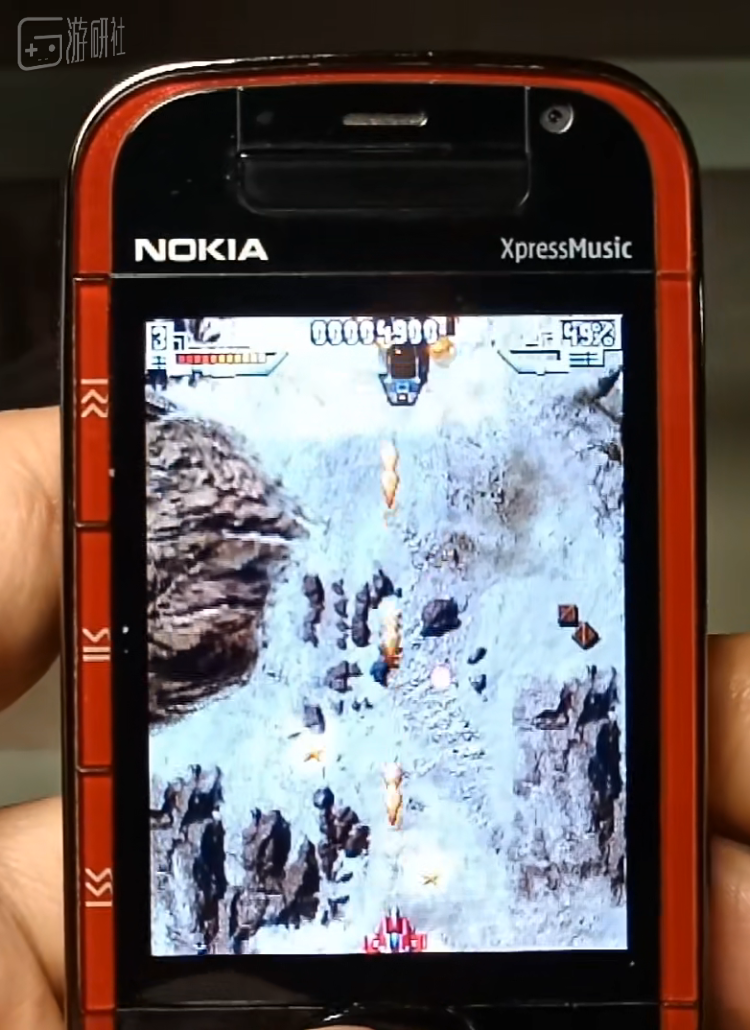 The developers of these two games are Infinite Dreams, located in Gliwice, Poland, a small city with a population of less than 300,000. The company was established in 1997 and initially produced PC and GBA games, which did not attract people’s attention. The smartphone platform has been a huge success. Especially the Saipan system, many games were loved by players back then, including “Explode Arena”, “Super Miners”, “K-Rally”, “Deep Sea Fishing” ( Hooked on Creatures of the Deep), etc., but the two most well-known works are still “Pride Eagle”.

The “Pride Eagle” launched in 2004 adopted the classic arcade vertical version of the aircraft gameplay. At that time, most mobile phones did not support touch, and needed to use four arrow keys to control the movement of the aircraft. The better ones will be equipped with a small joystick, so players can play the game very easily. Easily hold the phone with one hand, and then use one thumb to easily operate the game. The vertical version of the plane and the vertical screen phone are a perfect match. IGN gave this game a super-high score of 9.5, which made the status of mobile games and PC games. , host, handheld on an equal footing.

The sequel “Arrogant Eagle Reloaded” launched in 2006 enriched the levels and bodies on the basis of the previous game’s gameplay. These two works were almost a must-install game for Saipan players. 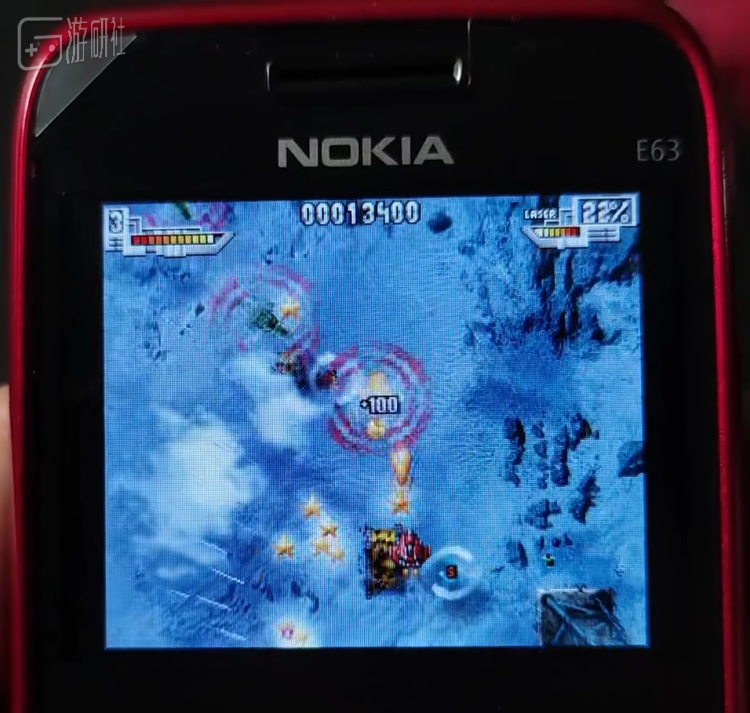 The Nokia E63 with landscape screen can also be played

However, as Nokia and Symbian systems gradually faded out of the market, Infinite Dreams has also fallen into a long period of silence, and mobile games have entered a new stage of prosperity. Many players are looking for excellent vertical plane games on mobile phones, but it is difficult to make them. People are satisfied, either the arcade works are simply transplanted, or they are full of krypton gold advertising content. This wait is ten years, until 2014 and 2016, Infinite Dreams, which has been away for a long time, launched two remakes of the tenth anniversary of “Pride Eagle” respectively. 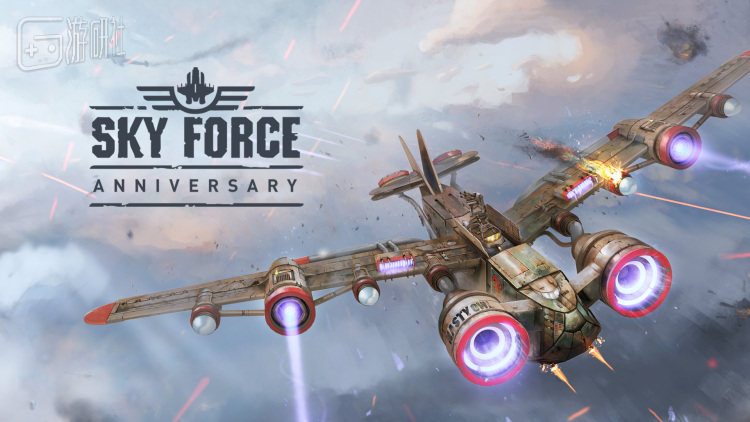 Compared with the original version, the remake version has been completely reborn. Except for the basic gameplay, the screen and other systems are all remade, similar to the “Resident Evil 2” remake version. “Pride Eagle” has no revolutionary innovation in gameplay, but why has it been sought after by players for a long time? Compared with classic arcade flying shooters such as Thunderbolt, Striker 1945, and Angry Chief Bee, what are the advantages?

“Pride Eagle” inherits the simple and easy-to-follow characteristics of classic aircraft games. The weapons are fired in bursts. Players only need to focus on flexible mobile attacks and avoidance. In “Reloaded”, although charging attacks are added, they are basically useless. . The ease of operation does not mean that the body has a single attack method. In addition to the main gun, the secondary guns with slow firing frequency but strong penetration, as well as the missiles that track the enemy, make players even more powerful. In addition, the game has designed three expendable ” “Insurance”: a short-term invincible protective cover, a straight-line penetrating laser, and a full-screen, large-scale damage bomb, which players can use flexibly according to the situation. 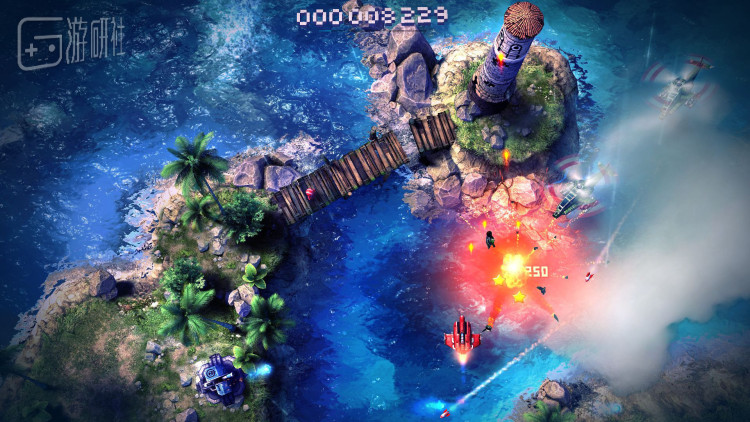 The remastered version has completely evolved the graphics

The game uses 3D technology to create a variety of different styles of scenes. Various environmental details and bold BOSS battles have left a deep impression on people. When destroying the enemy, the gorgeous explosion and shooting of gold stars are extremely refreshing and have achievements. The high-quality sound effects greatly reduce the boring feeling of players repeatedly challenging levels. This game does not use the almost full screen to block the gorgeous barrage that is common in Japanese aircraft games. It mainly relies on a variety of attacks with different rhythms to test players, such as a group of high-speed shots suddenly when focusing on avoiding slow barrages, or straight-line lasers Combined attack with homing missiles.

In general, “Pride Eagle” does not lose to the classic masterpieces of major Japanese manufacturers in terms of core experience such as sound and picture effects and operating feel, but what makes these two works truly unique and deeply loved by players is the development of The player is completely aimed at non-arcade users, abandoning the traditional body growth and level difficulty design. In the early arcade flying shooting games, players often had to eat multiple props to increase the firepower to the full level. The typical representative is “Thunderbolt”. Not only the main gun has to be upgraded many times, but also the secondary weapon missiles. , the firepower of the reborn body will be seriously reduced, and at this time, the strength of the enemy in the level will remain unchanged, which will cause the player to suddenly increase the difficulty due to a mistake, and thus die in a row, and lose the whole game if he accidentally moves. Similar works after that have reduced the number of upgrades, usually 3-4 treasures can be full of firepower, but for those non-core players who cannot clear the level with one life, there are still the problems mentioned above. 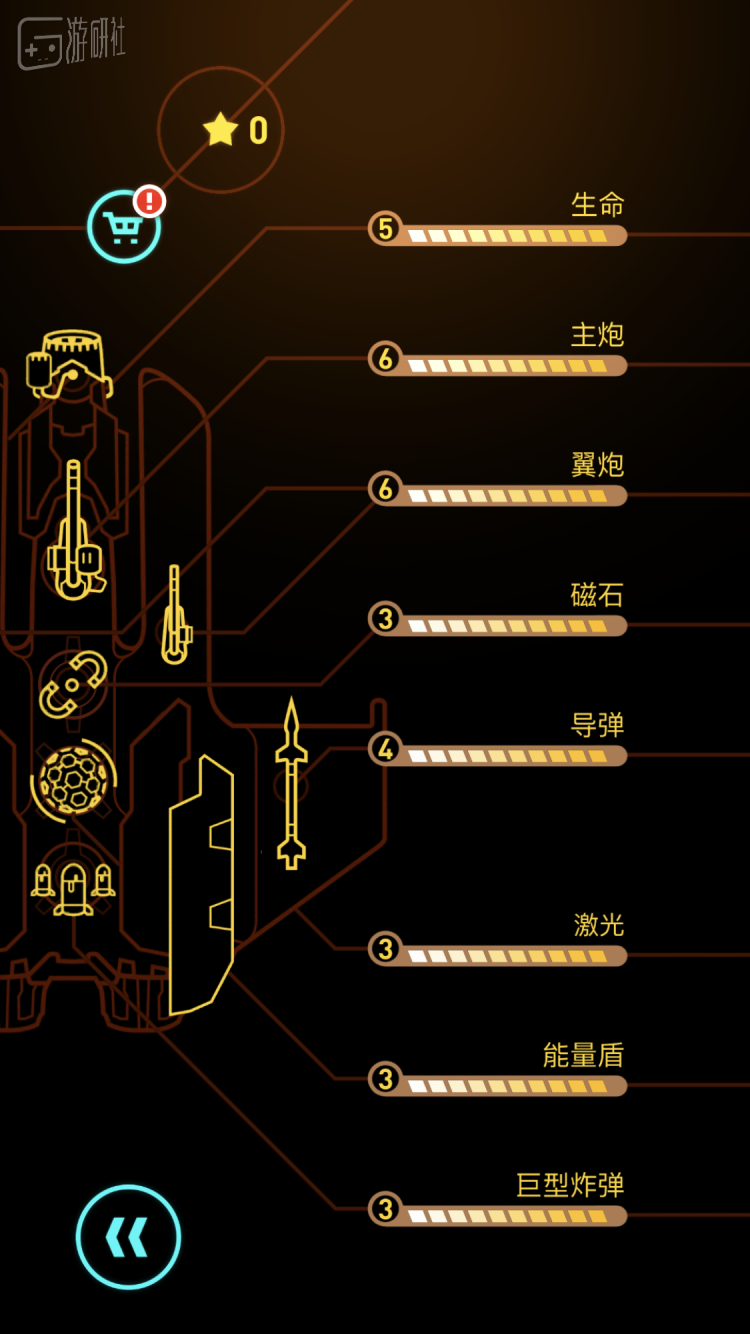 The ability of the body is fixed and upgraded, and it will not be lost due to death

According to the characteristics of home and mobile users, “Pride Eagle” has changed the design that arcade machines need to complete multiple levels in one go, and changed it into a level that players can choose at will. Each level has four levels of difficulty. There are four medals in difficulty: destroy 70% of enemies, destroy all enemies, rescue all personnel (equivalent to finding collectibles), and pass the level without damage. These medals are not required to be obtained at one time, but can be challenged multiple times. For the next difficulty, each level needs to get 4X4=16 medals to be considered a complete success. This design allows players of different levels to find suitable challenges for them, and it doesn’t matter if they encounter a certain level, they can improve their body ability by earning gold stars.

Level selection interface, the completion of each difficulty is clear at a glance

The upgrade system of the game is divided into two parts: permanent upgrade and temporary upgrade in the level. Players can purchase various upgrades in the hangar by eliminating the Venus dropped by the enemy in the level, including protection, main guns, secondary guns, missiles, magnets ( The ability to absorb gold stars) and the power of three special weapons, the higher the difficulty of the level, the more gold stars you will get. Players who want to level up can repeatedly challenge the difficult levels. Destroying enemies in the level will still randomly drop upgrade props, but it can only increase the rate of fire, and there are three kinds of special weapons. , but on the highest difficulty, you will be killed with one hit if you are not careful, and you will not be able to pass the level easily.

The 3D screen background is full of depth

Players will have a chance to drop cards when challenging difficult levels in the later stage. After obtaining them, they can be added to the card library after successfully passing the level, including permanent cards that improve the attributes of the body, and those who get BUFF bonuses in the next 15 minutes. Temporary cards, collecting all cards is one of the ultimate goals in the later stage. In “Reloaded”, the body and pilot systems are also added. Players can choose different combinations and challenge each level with different abilities and forms.

All cards collected by the author

“Pride Eagle” has turned the flying shooting game into an RPG-like copy challenge form. Players configure the body in the main base, select the appropriate level and difficulty, and get gold stars to continuously upgrade. At the same time, they can still experience the traditional arcade in the level. The fun of temporary props, this form greatly improves the playability of the game. At the same time, the developers have not added too many criticized kryptonite elements. Even in the free mobile version, players can enjoy all the fun without spending money, while the paid console version upgrade system is simpler. 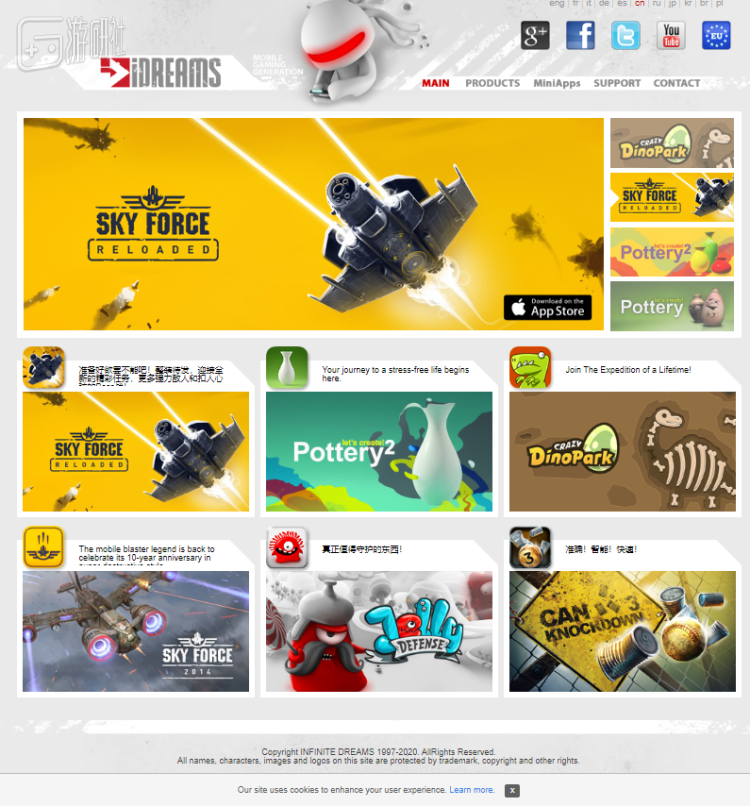 Infinite Dreams homepage, a small but sophisticated team with more than 20 years of history

As we can see in the list of game producers, the core developers of the two original versions of “Pride Eagle” more than ten years ago were only 5, and these few are still still in the remake today. This company has produced products in recent years. There are very few games in the game, it can be said that it is “two swords in ten years”. Nowadays, flying shooting games are no longer the focus of players’ attention, and this kind of work that insists on pure gameplay is even more precious. I sincerely hope that Infinite Dreams, the team that brings us infinite joy, can continue to fly proudly and happily like the name of the game. .

This article is reproduced from: https://www.yystv.cn/p/9675
This site is for inclusion only, and the copyright belongs to the original author.