However, V agency is lovingly helping people find it back.

There is a user named HFB in the CS:GO player community. He is a well-known figure in the CS:GO circle and even in the entire Steam. He is better known as “Brother White Horse”. Because his Steam avatar was this white horse

Brother White Horse’s reputation stems from his astonishing collection of CS:GO accessories, which has always been in and out of, and has a large collection of the most expensive accessories in the game’s history. Many of the rumored trinkets ended up in his account. But in recent years, his account has been set to a private state, so his identity has become more mysterious.

However, yesterday, CS:GO accessories player and KOL ohnePixel in the circle broke the news, saying that the account of this well-known boss was hacked, and more than 2 million US dollars of items were stolen, some of which have already flowed in the market. Among the stolen items were 7 souvenir dragons, sapphire claw knives valued at $1.26 million, and starless claw knives that were once thought not to exist but were just “legendary”. At the beginning, HFB’s account suddenly released the inventory, and the 23-page collection began to disappear. People also suspected that the owner himself migrated the accessories to other accounts. Even when the items in his inventory appeared on the sales platform, some people still speculated that he was out of Clearing stock for some reason.

But it didn’t take long for an unusual situation to appear. The items that were traded to the new owners began to disappear, which meant that Valve intervened in person, confiscated these “stolen goods”, and confirmed that the HFB account was stolen. Happening.

According to another insider zipeL, HFB has not logged in to this account for three years, and now all the account friends have been deleted, and the email address and password have been changed without changing the mobile phone authentication. It’s not difficult to understand that HFB may have long since cared about these things, but apparently the means of hacking into his account were not routine.

It is worth mentioning that half of these stolen items were sold at low prices on some third-party trading websites, the most important of which are the Russian website market.csgo.com and the domestic trading platform BUFF. According to people familiar with the matter, the other half of the inventory is still on the hacker’s Steam account and is in a locked state. 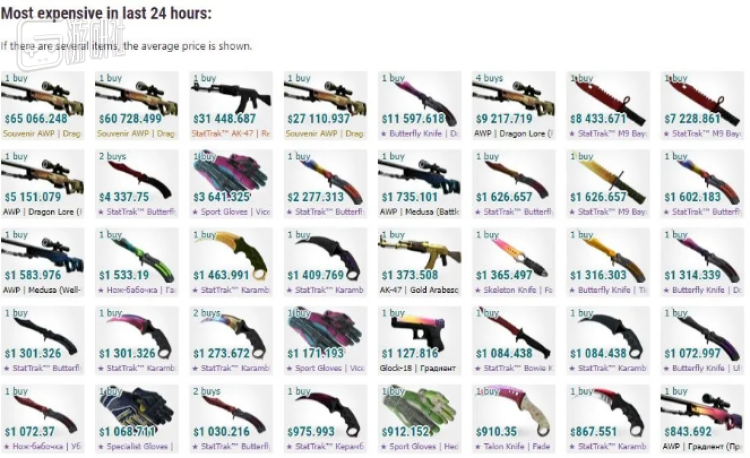 Among them, the priceless Pandora gloves collected by HFB were photographed by a Chinese player at a price of 170,000 yuan. Unfortunately, 4 hours after the transaction was completed, the buyer confirmed that the purchased items had been recycled. It seems that most traders want to encountered such a “change”. Fortunately, when people are worried that this farce will cause losses to other traders, BUFF has made it clear that they will return the transaction amount to the buyer after confirming that Valve has recovered the stolen accessories traded on its own platform.

zipeL also broke the news that HFB is currently communicating with Steam officials about this matter, and it seems that these “low-sale” items are going to return to him.

However, a series of abnormal situations have caused discussion and controversy among players and even KOLs-you must know that Steam account hacking happens almost every day, but this time, whether it is from hackers directly hacking into accounts without mobile verification, or V The society’s unusually quick action can’t help but arouse suspicion. Some people speculate that some internal loopholes of Steam caused this result, so it caused such a big official response, but the real reason has not been disclosed at present.

This seemingly unrelated matter has aroused the vigilance of many players – if hackers can directly bypass Steam’s mobile authentication and hack into the player’s account, then the safety of players’ property in Steam obviously needs to be officially given more information. many guarantees.

This article is reprinted from: https://www.yystv.cn/p/9310
This site is for inclusion only, and the copyright belongs to the original author.