Anti-missile interception technology is vividly likened to “shooting bullets with bullets”. What are its characteristics? What are the interception stages?

I believe you must be more curious!

Next, we will tell you from three aspects~

1. Interception in the boost stage – talk on paper

The boost stage is the process in which the missile takes off from a ground-launching vehicle, an underground silo or an underwater submarine and flies upwards with the thrust of the engine.

In theory, the missile boost phase interception is the easiest to achieve. During the upward flight of the missile overcoming the gravity of the earth, the high-temperature gas ejected by the engine is easily detected by the infrared detection device, and the wreckage after being shot down also falls on the enemy’s territory.

According to this principle, since the last century, the United States has deployed several generations of missile early warning satellites in space, using infrared cameras to monitor the locations where the Soviet Union/Russia and other countries may launch missiles to conduct real-time surveillance. Moreover, the missile’s flight speed in the boost phase is low and it is easy to be targeted. If the early warning satellite detects a missile taking off, it can be destroyed with a laser or other missile.

Although it is easy to detect, the boost phase interception is the most difficult, mainly because it is difficult to choose an effective interception method. This is because missiles generally take off from a country’s homeland, making it difficult for interceptors to get close to the launch site. Therefore, the United States has proposed a plan for space-based laser and airborne laser interception.

Space-based lasers are missiles that deploy lasers in the earth’s orbit and irradiate them from top to bottom, but the choice of the laser’s orbit is a difficult problem. The laser beam has a problem of divergence, and the orbit is high, and the laser will not be powerful enough when it irradiates the atmosphere; if the orbit is low, a large number of lasers need to be deployed, and the cost is high. If the missile is launched in rainy or foggy weather, the laser can only be effectively irradiated after the missile flies out of the clouds, or even before it has time to irradiate.

In addition, the space-based laser needs to keep dozens of laser cannons in orbit, and it costs a huge amount of money every year in peacetime. Even the wealthy United States cannot afford such a “bottomless pit”. Therefore, this scheme was eventually abandoned. 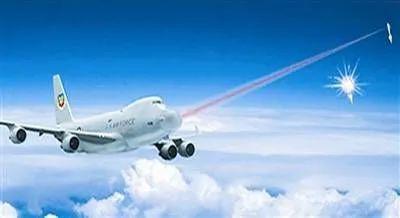 The airborne laser is a laser cannon mounted on a Boeing 747 aircraft that illuminates the missile in the booster section from hundreds of kilometers away. But this also has the problem of being affected by rain and fog, and the distance of several hundred kilometers is not safe for Boeing 747 aircraft. The other party can use fighter jets to patrol around the launch site. Due to the difference in speed and maneuverability, Boeing 747 aircraft once It was discovered that there was absolutely no escape from the pursuit of fighter jets. Therefore, this plan was not realistic and was eventually abandoned.

The United States later launched an air-to-air missile anti-missile program, that is, using a drone to carry a modified AIM-120 air-to-air missile, cruising around the opponent’s missile launch site, and intercepting the missile once it found that the missile took off. This solution, like the airborne laser, has the problem of insufficient range and easy to be intercepted by the opponent. Therefore, the boost stage interception is still only on paper.

The middle stage is the process of guiding the projectile to fly out of the dense atmosphere, and to fly in the outer atmosphere of thin air or even higher space.

The advantage of the mid-course anti-missile is that the enemy missile can be intercepted and its warhead destroyed before it reaches the homeland, avoiding the nuclear pollution over the homeland caused by the enemy’s incoming missile with a nuclear warhead during the final interception, or due to The debris generated by the interception falls on the mainland causing economic losses. Therefore, at present, some major military powers in the world are researching and testing the mid-course anti-missile technology. Its combat effectiveness is outstanding, but the technical threshold is very high. Incoming missiles will release decoys and change orbits, so the biggest problem is target tracking and identification.

After the incoming missile enters the mid-flight, the engine of the booster section has been disengaged, and only the warhead is left in flight. Due to the smaller size, it requires a high-performance large-scale phased array radar to detect and track.

Once the radar has identified the target, the “smart pebbles” in the corresponding position are activated, starting the engine to intercept. However, this solution needs to deploy a huge number of interceptors, which may require thousands of interceptors, and it is difficult for any country to afford the cost of construction, launch and maintenance. So “smart pebbles” only stay on paper.

Land-based mid-section interception is more realistic. However, “the world’s martial arts can only be fast without breaking”, in the face of high-speed flying missiles, interceptor missiles also need correspondingly high speeds. Among them, the most important indicator is the engine shutdown speed. The faster the shutdown speed, the wider the coverage of the interceptor and the greater the kinetic energy.

In addition, when the missile and the interceptor are flying relative to each other, the interception window flashes away. For this reason, the researchers installed a number of small orbital adjustment engines on the warhead of the interceptor for short-range maneuvering in order to incorporate the target into the Kill range.

Third, the last interception – the last line of defense

The terminal stage refers to the flight process of the incoming warhead re-entering the dense atmosphere under the action of gravity and returning to the ground again. The terminal interception is the re-interception of incoming missiles after breaking through the mid-course interception, in order to increase the probability of interception.

When the incoming missile is flying at the end, only the warhead remains. Due to the continuous decrease in height, the potential energy is continuously converted into kinetic energy, and the speed of the warhead is getting faster and faster until the air resistance and gravity balance. The interceptor took off from the ground, almost flying against the warhead, and the relative speed was very fast. Therefore, as far as the interception process itself is concerned, the final interception is still very difficult.

There are 859 more answers to this question, see all.

How do you view China’s successful implementation of the land-based mid-course anti-missile interception technology test again? What is the difference from the last time?

What do you think of China’s successful implementation of the ground-based mid-course anti-missile interception technology test? What does it mean?

This article is reproduced from: http://www.zhihu.com/question/538511702/answer/2536032959?utm_campaign=rss&utm_medium=rss&utm_source=rss&utm_content=title
This site is for inclusion only, and the copyright belongs to the original author.