One is making mistakes and facing many difficulties. The major shareholder, Wuhan Contemporary Technology Industry Group, has all 27.98% of its shares frozen or marked by the judiciary. It has been pledged by securities companies before and forced to reduce its holdings. This situation is very similar.

In order to rescue the contemporary group, Renfu Medicine purchased a 1.6 billion apartment office building this year, and the company said it has nothing to do with major shareholders. Careful disassembly and analysis are actually more or less related. Why should we buy a large number of office buildings and apartments while shrinking the front line, withdrawing funds, and reducing debt?

The reasons given by the company are employee talent apartments, welfare guarantees, R&D investment, etc., which are reserved for the future. Prices for buying apartments and offices are also listed, with a slight discount. What the market is worried about is whether this batch of office buildings can be delivered as scheduled? Will it become a rubbish building? After all, you spend so much money to buy a building, and the building has not yet been built. Does the relevant company really have the ability, strength, and money to complete the building?

After taking office as Chairman Li Jie, he has done a lot of right things. People also took a fancy to the shareholding of Yichang Renfu after it was acquired by Renfu Medicine, which accounted for 80%, and saw some positive changes.

In any case, the purchase of office buildings will have a negative impact on the company’s entire image, and further observation will be required in the future. If you are a perfectionist value investing concept, you have very strict requirements on management. There is no need to read further on what is said next.

Since 2017, the company has continued to do the re-assessment work, that is, it has chosen to sell the companies that have acquired a large number of acquisitions and invested in the past, with poor profitability and poor synergy. This is a good thing. Hundreds of millions of funds, reducing debt. In 2021, it will handle financial business and sell 7.85% of Tianfeng Securities. It is expected that 2.1 billion will be returned in 2022. Selling Renfu US 24.57.1% is expected to recycle 1.1 billion. Selling the insurance company is expected to recover about 1 billion yuan. If it goes well this year, more than 4 billion yuan of funds will be returned. However, after deducting 1.6 billion yuan in fixed asset investment expenditure, the company still has a net return of 2.4 billion yuan, which is used to fully repay debts, which is expected to reduce 150 million yuan in financial expenses.

In 2020, the company’s net profit growth accelerated significantly to 36%, while revenue fell by 6.559%. After the loss-making business was sold, although the revenue decreased, the profitability increased and the return on equity increased.

In 2020, the financial cost reached 870 million. After the debt was repaid in 2021, the financial cost dropped to 578 million. This year, if the debt of 2 billion is repaid, and the company still has 3.5 billion to 4 billion in cash, long-term debt is 2.78 billion, short-term debt is 7.65 billion, and the cumulative debt reaches 10 billion, the company’s debt is still relatively large. This is related to the company’s large investment and commercial wholesale business in the past.

Next, the assets of the Maternal and Child Health Hospital will be sold to recover some of the funds. After that, it may become more and more difficult to sell assets. Even so, there is still a financial cost of 400 million yuan, which is still not low for a leader in the benchmarking industry. To further sort out the equity, it will continue to sell in the future. The company may sell the village bank, what else can it sell? The company positions itself as anesthetic nerve drugs, hormone drugs, and ethnic specialty drugs. The three major development areas are focused on development. The core business is its psychotropic drugs, which are also anesthetics. The most difficult thing is whether to learn how to sell Hengrui Medicine. Drop wholesale business. If it is eventually sold, it will greatly increase the return on assets and reduce liabilities.

I boldly make a logical guess here. The remaining 20% ​​of Yichang Renfu’s equity belongs to Sinopharm. If the commercial wholesale business is transferred to Sinopharm through asset replacement and share issuance, after all Sinopharm is a national pharmaceutical company. A commercial wholesale enterprise, which is also the largest anesthetic drug distributor, then swaps 20% of its equity for Fuyao. After issuing shares or paying in cash, it is not better to directly hold the equity of Fuyao’s listed company, although Sinopharm has also invested in some Anesthesia companies, but the income is extremely low and there is no competitiveness, why not package it.

The possibility of this path still exists. Market speculation is expected to transfer the majority shareholder’s equity to Sinopharm to reduce debt. This possibility cannot be ruled out, but Sinopharm will have two listed companies at that time. It has to deal with the pharmaceutical business and anesthetics business of Renfu Medicine because of competition in the industry, which can be said to kill two birds with one stone.

The company’s research and development expenses will reach 800 million yuan in 2021, increasing year by year, because the commercial revenue itself accounts for a high proportion, probably accounting for more than 10 billion yuan. After deducting more than 10 billion yuan, the company’s research and development expenses are about 8%, which is not bad. 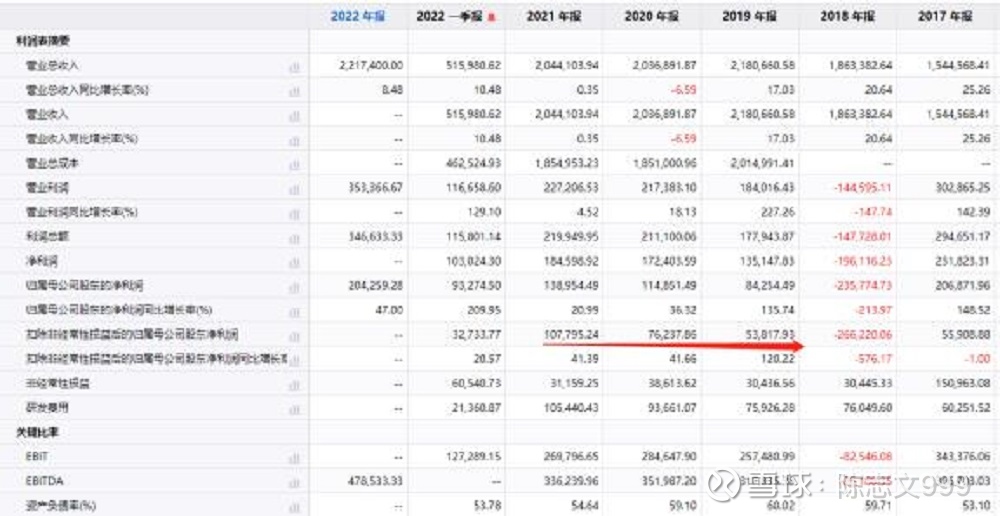 In 2021, the revenue of the pharmaceutical manufacturing industry will be 10 billion, the gross profit will be 71%, and the gross profit of the wholesale business will be 15%. Obviously, the company’s core business profitability is still strong, but the wholesale business reduces the company’s overall gross profit. Many companies have their own wholesale businesses, such as Fosun Pharma and Huadong Pharma, all of which are concentrated in a certain region and have their own unique advantages, which are beneficial to the sales of their related drugs and products, and may also lead to an increase in related party transactions. It is relatively stable, but the profitability is not good. It is relatively mature and does not have much growth, but it can generate more income and generate a certain amount of cash flow, but it will have a certain impact on the entire valuation.

In 2021, the operating income will be 20.4 billion, and the net profit from deduction will reach 1 billion. A 41% increase over the same period last year. We only need to look at its core anesthetic business, that is, Yichang Renfu, which will reach a profit of 1.8 billion in 2021, and the company accounts for 80%, so it is also close to 1.4-1.5 billion, but only 1 billion when it is entered into the report. , because the related R&D expenses and management expenses are hedged through subsidiaries.

Under normal circumstances, plus the value of commercial companies of 40 billion, hormones, national specialty drugs, and other generic drug internationalization business, we have not included this one. If our guesses are verified at a later stage, the company will increase its assets and profit margins in the future. According to the current development progress, it will reach 2.6 billion in 2023, plus commercial and other businesses, it will reach 3 billion in net profit, Once the pharmaceutical industry stabilizes and rises across the board, the industry is expected to heat up, and the valuation will reach 100 billion, normally around 60 billion.

The company is currently undervalued due to various factors, and the judicial freeze and capital occupation of major shareholders have caused the market to not be optimistic in the past and have some concerns. In addition, centralized procurement, involving medicine and medical equipment, will be more or less worried. Anesthetics are special drugs. There is fentanyl in the raw materials, which is the key raw material for making drugs. The state has very strict control, and there are very few companies that can produce related anesthetics.

Will more companies be approved to enter the narcotics industry in the future? The possibility is not high, because it is a special industry with high barriers, and the price is set by the National Medical Insurance Bureau. If you let it go, it will be more troublesome to manage, because if there is too much production, it will be chaotic, and it will be difficult to manage. Poor management will involve people’s livelihood, because it involves drugs, which is the most critical, so it has little impact.

Even if it is really going to be centralized procurement, due to the limited number of manufacturers, the relative competition pattern is relatively clear, and the price reduction is not large, which is also conducive to promoting the development of other departments. So this one doesn’t need to worry too much. The company also has a large number of re-developed drugs and new drugs to be approved that can be added to the centralized procurement, which is conducive to the rapid development of the national market, which is a new growth point.

Let’s think about it for ourselves. If it really turns into a state-owned enterprise, will it improve the company’s development? Whether Chairman Li Jie can do more things in the process, take the remaining 20% ​​to the listed company and improve profitability again, this is worth looking forward to.

In all respects, in a familiar way, the largest shareholder has problems and may face the pressure of losing control in the future, and will be subject to judicial auction. This is an expected negative, which will lead to a large amount of equity, which will lead to a drop in the stock price. The company’s share price has dropped from 39 to 13 yuan, which has shown this fact.

The growth of the core business mainly focuses on the stability of the management, the investment in research and development, the policy of anesthetics, the internationalization of the company, and the last 20% of the equity. Can hormonal drugs and national characteristic drugs achieve high volume and sustainable and stable profits? If all goes well, the company, as China’s largest anesthetic drug manufacturer, is expected to achieve an annual net profit of 25-30 yuan after the pressure on centralized procurement is relieved.

The above analysis is for reference only, welcome rational communication and interaction, remember to pay attention and like!

There are 15 discussions on this topic in Snowball, click to view.
Snowball is an investor’s social network, and smart investors are here.
Click to download Snowball mobile client http://xueqiu.com/xz ]]>