On August 31, according to media reports, after Didi went through a series of incidents such as the filing of the case, the stock price plummeted, and a heavy fine of 8.026 billion yuan, Apple has quietly given up its seat on the board of Didi Chuxing. Withdrew from the Didi board of directors.

Perica, who is also Apple’s head of mergers and acquisitions strategy, chose to leave after a turbulent year at Didi, the report said. Adrian Perica, Apple’s vice president of corporate development, has resigned from Didi’s board of directors, according to a press release on Didi’s board realignment announced on August 4.

According to the data, Perica was a banker at the investment bank Goldman Sachs. He joined Apple in 2009 and was responsible for mergers and acquisitions and strategic investment, reporting directly to CEO Tim Cook. 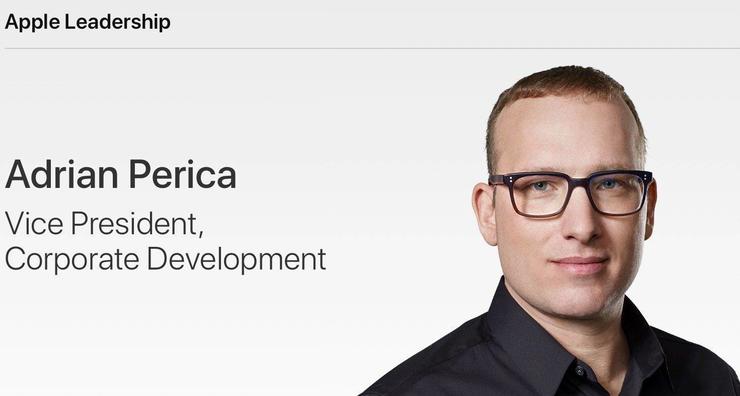 In 2016, Perica joined Didi’s board of directors after Apple announced an investment of $1 billion (about 6.892 billion yuan) in Didi. Cook said at the time that it was a “great financial investment.”

On June 30, 2021, Didi officially listed on the New York Stock Exchange. . According to the prospectus submitted by Didi to the SEC, Goldman Sachs, Morgan Stanley, JPMorgan Chase, and China Renaissance are the underwriters. The list of the board of directors disclosed in the prospectus shows that the chairman of Didi is the founder and CEO Cheng Wei. Among the management, co-founder Liu Qing and senior vice president Zhu Jingshi have a board seat. In addition, the board of directors also includes Liu Chiping, president of Tencent, Zhang Yong, chairman of Alibaba, and Adrian Perica, vice president of corporate development of Apple. At the same time, Didi’s largest shareholder, SoftBank, withdrew from Didi’s board of directors.

But then, due to data security and other violations, Didi was jointly investigated by seven departments. In May, Didi said it would delist from the New York Stock Exchange. In addition, after a year of investigation and inquiries and technical evidence collection, the Cyberspace Administration of China has fallen heavily.

On July 21, the Cyberspace Administration of China issued a notice stating that the Cyberspace Administration of China has filed a case for investigation into the suspected illegal activities of Didi Global Co., Ltd. in accordance with the law. After verification, Didi Global Co., Ltd. violated the “Network Security Law”, “Data Security Law” and “Personal Information Protection Law” with clear facts, conclusive evidence, serious circumstances and bad nature.

It is reported that the illegal activities of Didi Company started in June 2015 and have lasted for 7 years. The relevant person in charge of the State Internet Information Office said that after investigation, there were 16 illegal facts in Didi, which can be summed up in 8 aspects.

The second is to excessively collect 8.323 billion pieces of user clipboard information and application list information;

Fourth, 167 million pieces of precise location (longitude and latitude) information were collected excessively when passengers evaluated the chauffeur service, when the app was running in the background, and when the mobile phone was connected to the orange video recorder device;

Seventh, when passengers use the ride-hailing service, they frequently ask for irrelevant “telephone permissions”;

Previously, the network security review also found that Didi has data processing activities that seriously affect national security, as well as other violations of laws and regulations such as refusal to fulfill the explicit requirements of the regulatory authorities, violation of the law, malicious evasion of supervision, etc. Didi’s illegal operations have brought serious security risks to the security of the country’s key information infrastructure and data security. It is not disclosed in accordance with the law because it involves national security.

In addition, Didi has the highest decision-making power over major matters of each business line in China. The company’s internal rules and regulations are applicable to all business lines in China, and it is responsible for the supervision and management of the implementation. Through the Didi Information and Data Security Committee and its personal information protection committee and data security committee, the company participates in the decision-making, guidance, supervision and management of online car-hailing, ride-hailing and other business lines related behaviors. The company’s unified decision-making and specific implementation under the deployment.

Accordingly, the subject of the illegal act in this case was identified as Didi Company. Cheng Wei, chairman and CEO of Didi, and Liu Qing, president of Didi, are responsible for the violations.

This article is reproduced from: https://www.leiphone.com/category/industrynews/q6eZDR17REkVb1rd.html
This site is for inclusion only, and the copyright belongs to the original author.