On July 27, Xbox director Phil Spencer publicly stated on his social account that his next most anticipated game is “God of War: Ragnarok” by Sony Santa Monica Studios. 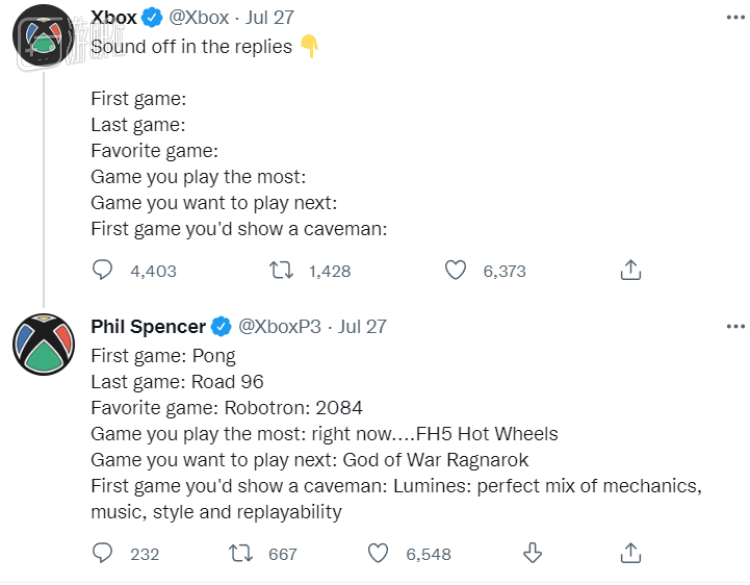 This isn’t the first time Spencer has expressed his appreciation for Sony’s first-party games, either. But just as he made it public as the PlayStation flagship game platform, a game called “War Gods” was announced that day.
The game “Zeus of Child” (the son of the god of war Zeus) landed on the Xbox store very “interestingly”.

The same gray-skinned and bald person seems to have responded to the owner’s desire for the God of War series IP intentionally or unintentionally, but the price is much cheaper than the 3A game, only $4.09. 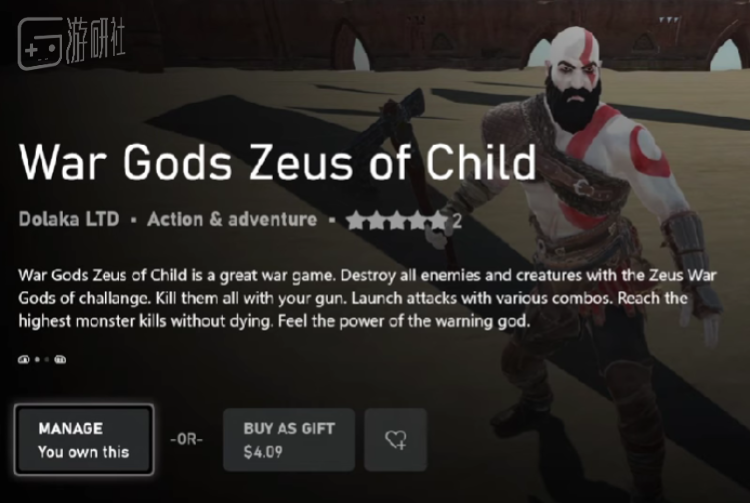 Players and netizens soon discovered the existence of this Xbox version of God of War. Open the game’s page. It’s amazing to see its introduction – “This game is a great war game” “Kill them with your gun (yes, GUN, not other weapons)” “Kill more monsters without restarting, Feel the power of warning God for yourself.”  …

Yes, the “unknown” atmosphere about this game has been conveyed to the players through the introduction text. However, considering the low price, many players still choose to buy it to find out.

However, according to the exploration of the forerunners, in this “War Gods Zeus of Child”, although the protagonist is indeed the familiar gray-skinned bald Kratos, the opponent is not the Olympus gods, but a group of monsters suspected of passing through the Resident Evil crisis.

And Kratos’ battle location is limited to a huge colosseum. His “great” war refers to the fact that the player-operated Lord Kui keeps killing these monsters with the axe in his hand before the blood bar bottoms out— – Don’t look at the scene, this game is quieter than the universe, we Kui Ye and the BOSS face each other with claws and claws, but no one can make a sound.

Whether it’s Lord Kui’s soft axe slashing, or the extremely silky step back and slide, and the copy-paste-like movements of the bosses, they are all trying to tell the netizens who have already cried: this 4 dollars is too distressing. .

“I cried because I paid for it”

As for the “GUN” in the introduction, don’t ask me where Kui Ye’s gun went, no one has ever played it anyway.

Obviously, the God of War that Phil got on the day he “wished” is not a good game, and in fact it has not been officially recognized by the Xbox – the game was released on the Xbox Store in the Xbox Store.
The Creators Collection area, where games can be released without concept review.

And the developer of this game, Dolaka Ltd, is actually a London-based individual company, and its “works” are not only “God of War”. Two days after the game’s launch, it’s back on Xbox Creators
The Collection featured a game called Dinasaur Falling Survival. Like “God of War”, it is also born out of the games we are familiar with. 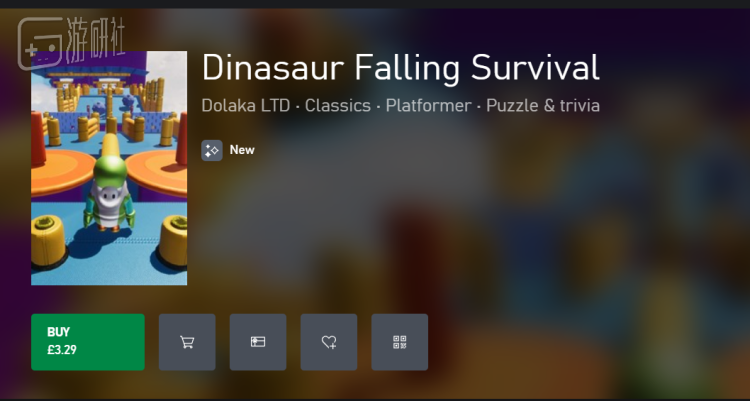 No one can tell whether this is a prank, or a pure fish in troubled waters, or a little bit of deception. Fortunately, for some reason, this Xbox version of “God of War” has been removed from the Xbox store.

This article is reproduced from: https://www.yystv.cn/p/9543
This site is for inclusion only, and the copyright belongs to the original author.