Hello everyone, I’m the producer of The Mountain: Critical Survivor. This game is a folk suspense AVG made by me and another artist friend. Although both of them are social animals, the two, who are both suspense lovers, decided to use their spare time to make their own game works.

Taking advantage of the fact that “The Mountain: Critical Survivor” has just been completed and launched on Steam, I would like to share with you some thoughts on the entire game production process. 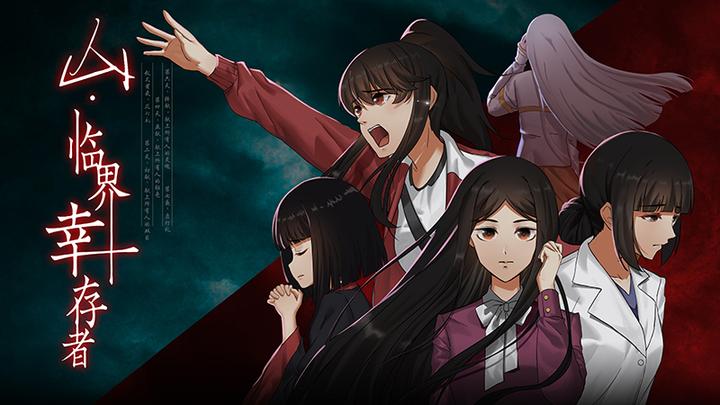 In order to find my missing sister, I came to a village deep in the mountains.

At this time, the triennial ceremony of worshipping the gods, “Xiangu Banquet”, is being held here.

However, this year’s sacrifice was not peaceful, and there was a series of deaths in the village.

Could it be that this is the curse of “Blood Eyed Fairy”?

Who took my sister and broke the taboo of sacrifice.

Who is it, who opened the curtain of the long killing drama…

As a suspense lover, I especially like remote mountain villages, mysterious sacrifices, and terrifying murders. Whether it is the Knife City Words series, or EVER17, God of Pop, When Weeping, Backtracking Dependence and other games, these kinds of suspenseful and mysterious works make me fall in love with them.

On the other hand, I found that the ancient Chinese witches and sacrifices are actually very suitable as the subject matter of suspense stories. The (beautiful girl) witch is the core and starting point of “The Mountain: Critical Survivor”.

“Said Wen · Witch Department”: Witch, wish. Female, who can do invisible things and seduce the gods by dancing.

There are a total of four heroines in the game, and two of them, like the protagonists, are “foreigners” who came to the village from the big city. The other two are the mysterious witches. Their sacrificial costumes are designed with reference to the characteristics of the costumes of the Eastern Zhou Dynasty in China, supplemented by simple, heavy and mysterious features. 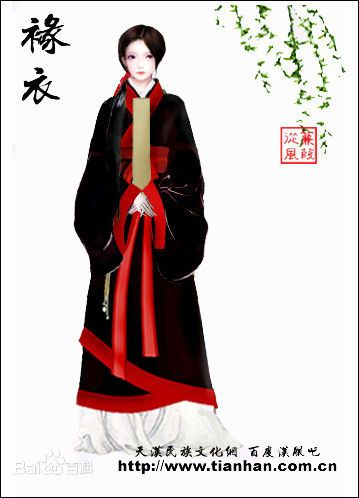 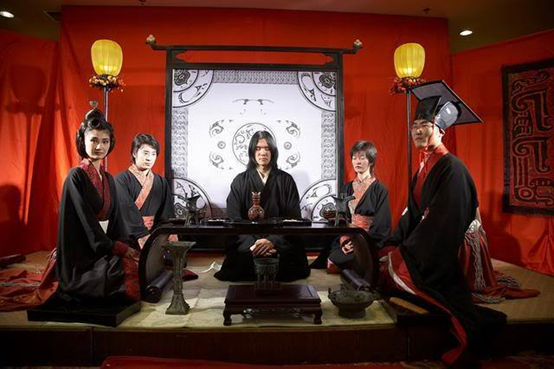 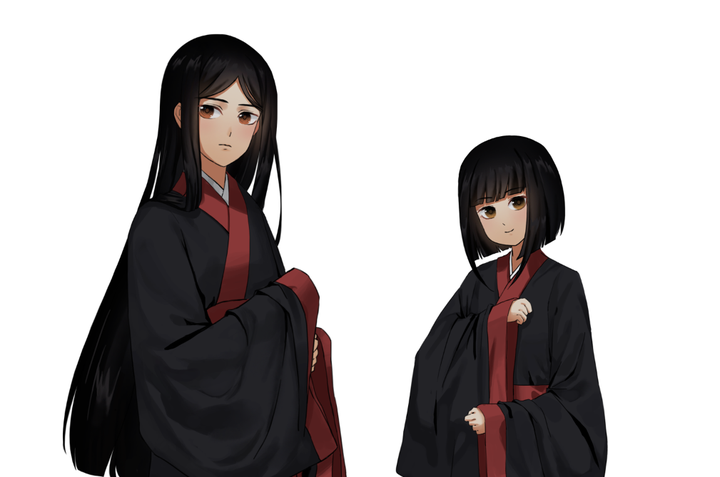 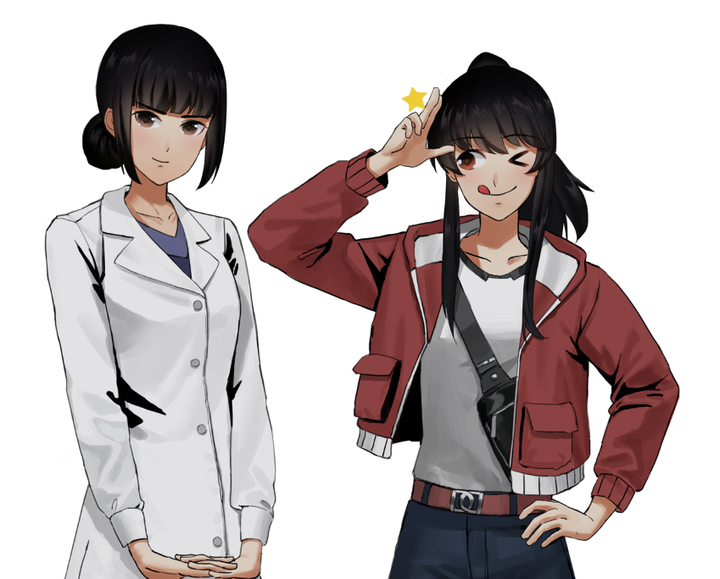 Among them, the sacrifice scene of human sacrifice left a deep impression on me.

Later, I checked historical materials and gradually learned about the oldest belief in China – totem worship. In the ancient land of China, which was still in the primeval era, people gathered together through totem worship. As a messenger to communicate with gods, witches express their worship to gods and nature through wonderful witch dances.

Since I learned about the sacrifices and witches in the Eastern Zhou Dynasty, a story has vaguely formed in my mind. Since I originally worked in a game company, I am familiar with the production process of the game, and I also know some friends in the same industry. When I told the other person about this idea, he also found it very interesting. But at that time, because we were both very busy at work, it was limited to some verbal communication.

Until the Chineseization of “The Mystery of the Wolf Village” appeared…

After we couldn’t wait to finish playing “Mystery of the Wolf Village”, we finally couldn’t hold back our excitement, so we decided to try to challenge such a theme ourselves. If it is based on the framework of traditional suspense and joins China’s unique Spring and Autumn sacrificial culture, it must be a unique fun, right? 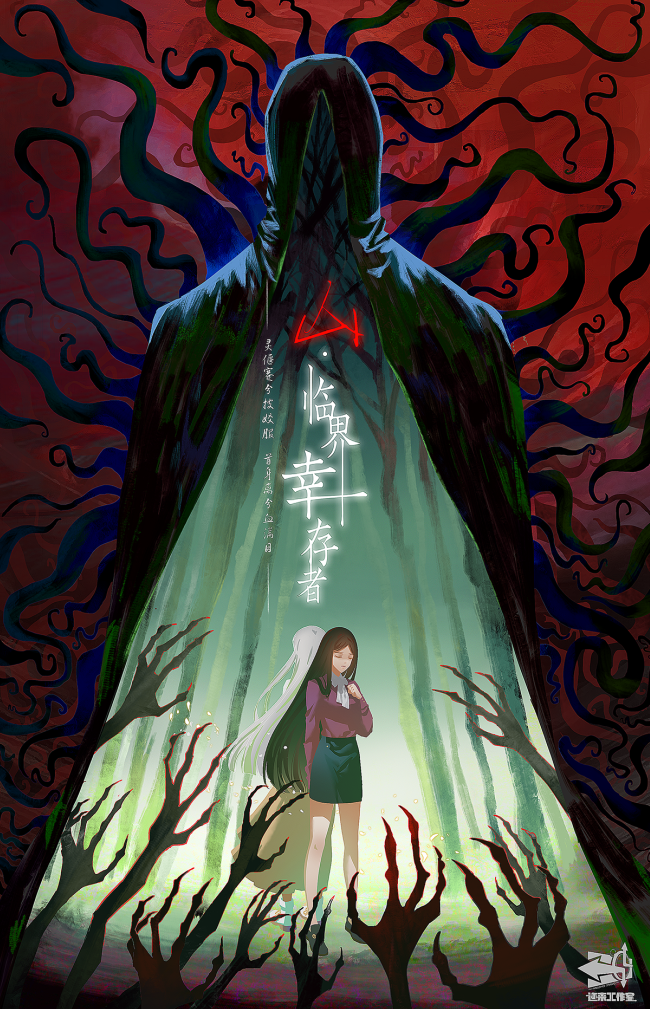 Although there were many setbacks during the production process, when the game finally appeared in front of us, it felt that everything was worth it. In particular, several maverick heroines have been created in this story. Their personalities, their spirits, and their kindness are the most moving places in the game.

I would also like to thank Xianta Wutong and others for their excellent dubbing. The dubbing of many characters in the game has actually exceeded my expectations. There are even some characters that I never thought would reach such heights before they were dubbed. When the voice actors were dubbed, I realized that these characters can present their unique personalities in such a vivid way.

Therefore, some color schemes with few lines also make me a little regretful: if I knew the dubbing was so good, I should have written a few more lines for her~~

Finally, thanks again to all the friends who follow and support us.

“The Mountain: Critical Survivor” will be released on July 29, 2022, with all lines dubbed, priced at 22 yuan, with a 10% discount for the first week.

If this game can bring happiness to everyone, it is the best reward for us, thank you.

There are 3 more answers to this question, see all.

What is the background of the game Survivor Camp?

What unpopular suspense AVG games are worth recommending?

This article is reproduced from: http://www.zhihu.com/question/545194401/answer/2592831352?utm_campaign=rss&utm_medium=rss&utm_source=rss&utm_content=title
This site is for inclusion only, and the copyright belongs to the original author.