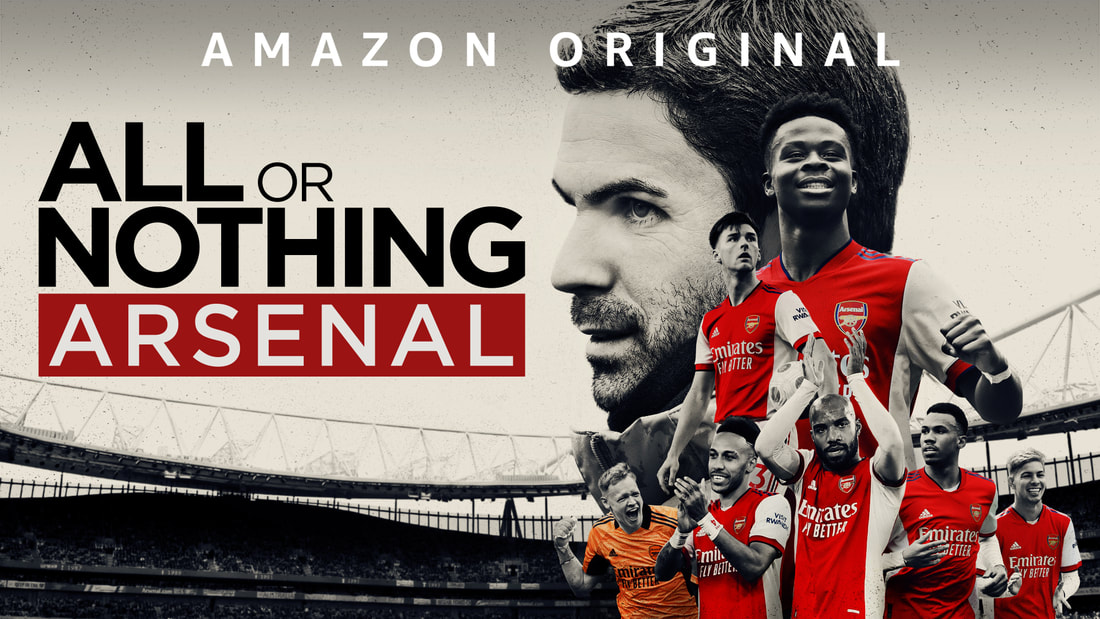 Finished All Or Nothing: Arsenal this week! I learned a lot of MLM Dafa with the head coach Arteta (wrong!

My roots with Arsenal can be traced back to high school, and one of the boys I admired back then was the Arsenal crowd, who often told me about Wenger, Bergkamp and Henry. Later, I followed Guardiola into the Manchester City pit and got to know his assistant coach Arteta. At that time, Arteta was not impressed, and it was not until he joined Arsenal that he gradually paid attention to his technical and tactical skills.

A brief summary of a few scenes from this documentary that impressed me:

– Arteta is a great storyteller, especially the one who dares to expose his vulnerable side. For example, he lost 5:1 to Liverpool at Anfield as a player. He recalled that in the middle of the game, after seeing the overwhelming red, his mind immediately went blank, and he gave up the game very early after conceding the goal. The frustration was still fresh in his memory. So Arteta brought his disciples to prepare for the game with Liverpool, and played the Liverpool ball song “You’ll Never Walk Alone” on the training ground, so that the players could adapt to the atmosphere of the Devil’s Stadium early. This trick is fun.

– Arteta’s ability to withstand pressure and the courage to take responsibility is so admirable! Everyone knows how many questions an inexperienced young coach will receive. Fans applaud you after you win this game. If you lose in the next game, you may face the crisis of being dismissed. I still remember when Rijkaard brought Barcelona , ​​his family said that he seemed to have lost his soul because of the pressure. So as a fan, be less of a keyboard warrior and give your favorite clubs and coaches more time. Roma wasn’t built in a day, and neither was the team’s revival .

– Arteta shared the three values ​​of his coaching: respect, commitment and passion, and of course the drive to win! Watching him waving his arms in the players’ lounge, shouting in a hoarse voice, and seeing Gugua possessed, the enthusiasm is really touching!

– Arteta has the qualifications to become a cult leader , take those pre-match motivational speeches, let the players gather in a group, close their eyes and rub their hands to share energy; or hold a light bulb as an analogy, or show off him” “Superior” painting skills, I heard that his inspirational pictures have been made into peripherals, have the factory honey bought them?

– It is said that Arteta is quite vengeful, he mentioned the mockery of Arsenal by Mahrez and Tony teacher, and also recorded his conversations with Auba in detail to prepare for future disputes. In order to have a good relationship with the players, he will spend a long time studying each player, from technical and tactical to personal life, so that a coach who does not regard players as a number is worthy of the players working for him.

– The shadow of Wenger can often be seen in documentaries. Arteta also mentioned a sentence that Guagua told him: football coaching is the loneliest profession , a little sentimental.

– I cried twice because of Saka, once when he scored a penalty against Chelsea, the script of getting back where you fell and getting up to win is such a good cry! Another time, a child wrote a letter to Saka to comfort him about the racial discrimination he encountered (at this time, he remembered sb Namdaemun)…

– Interestingly, Arsenal opened a three-game losing streak in the 2021/2022 season; and in the 2022/2023 season, Arsenal temporarily topped the list with three consecutive victories. Interesting reincarnation (by the way, thanks to Odegaard and Jesus for their contribution to my fantasy Premier League FPL , three keep your factory steady!)

Going back to the old saying, from the arts to the Tao, from the arts to the Tao, watching sports documentaries such as the “All Or Nothing” series or “Formula 1: Drive to Survive” and other sports documentaries can also learn from all walks of life the truth of being a good person . Finally, I recommend Leeds United’s documentary “ Take Us Home: Leeds United “. I cried so hard . Those who don’t watch football may really not understand the bond between fans and the team ! 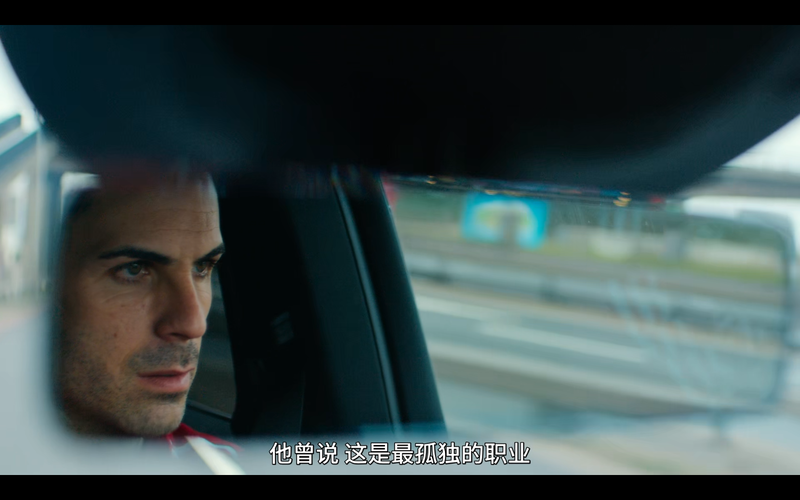 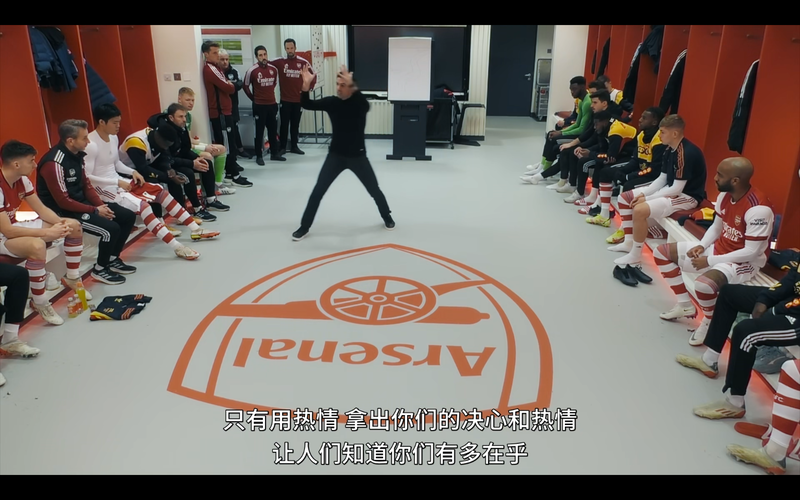 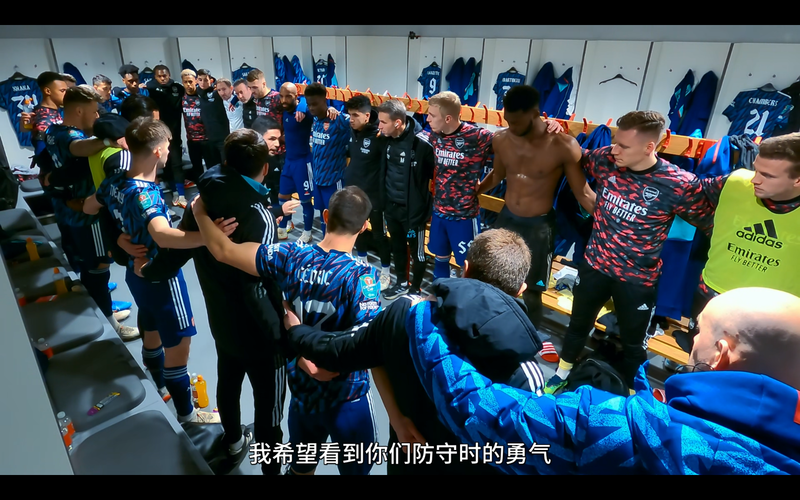 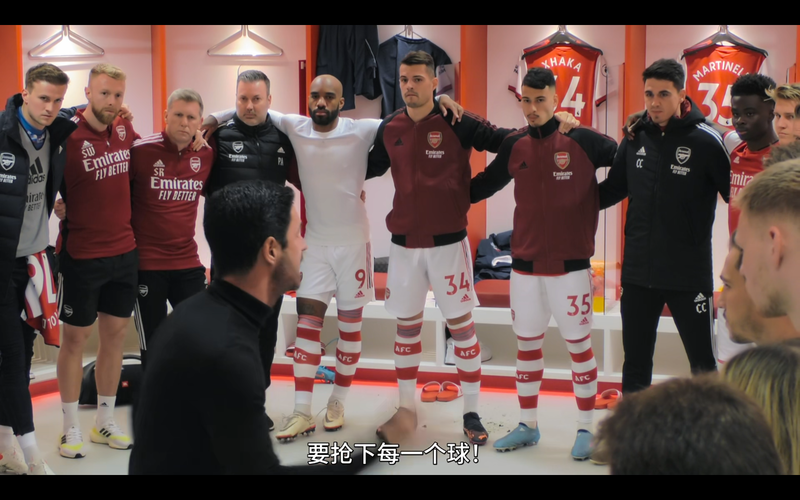 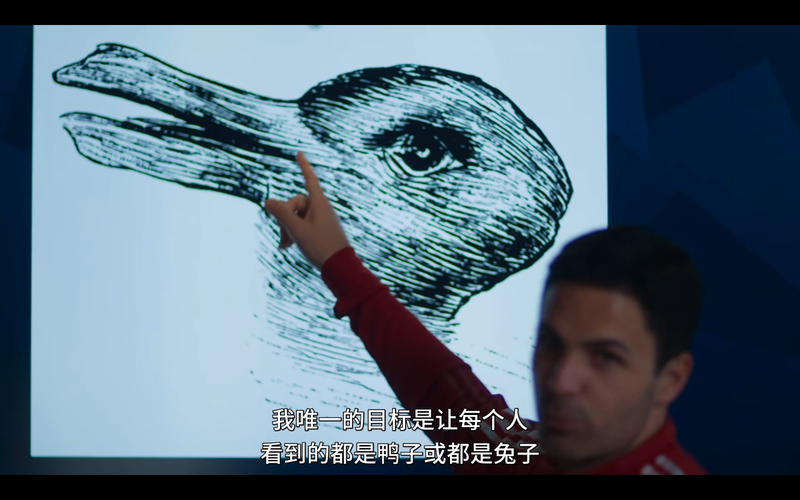 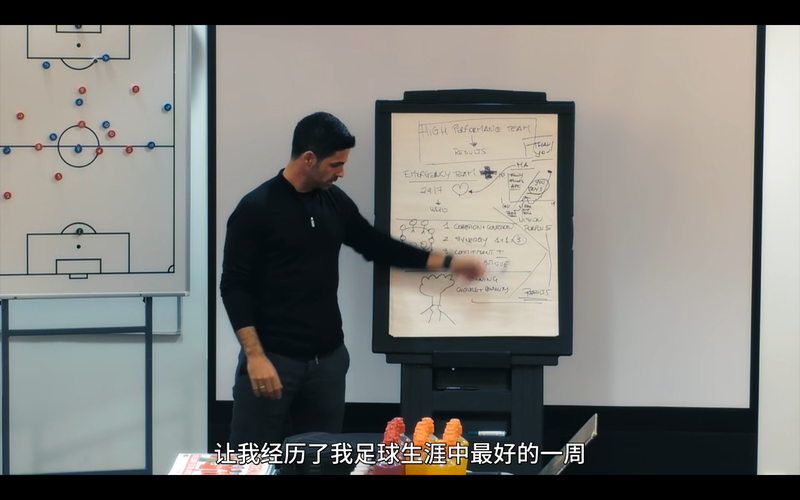 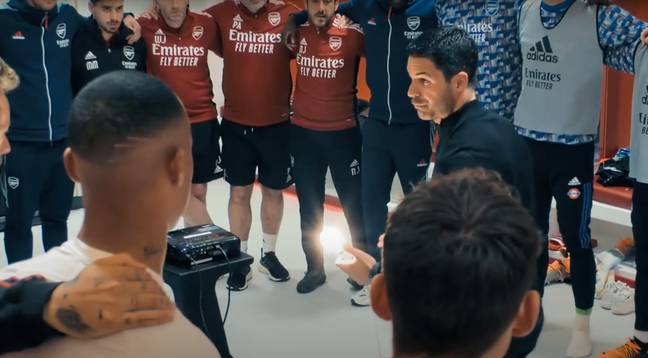 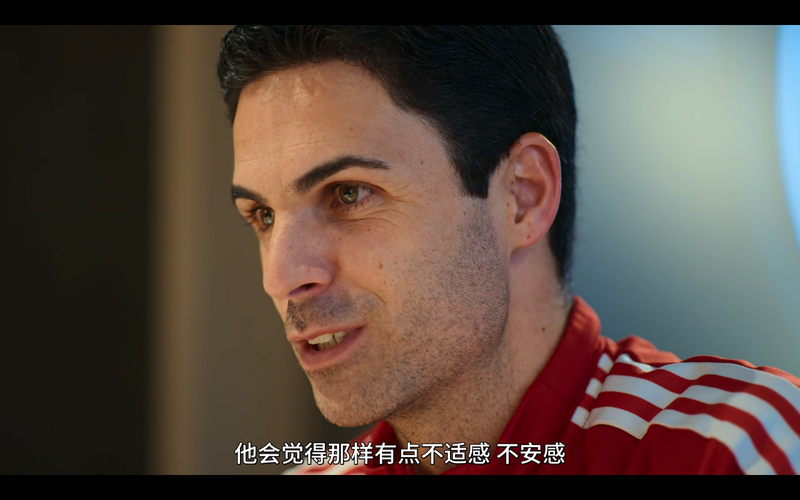 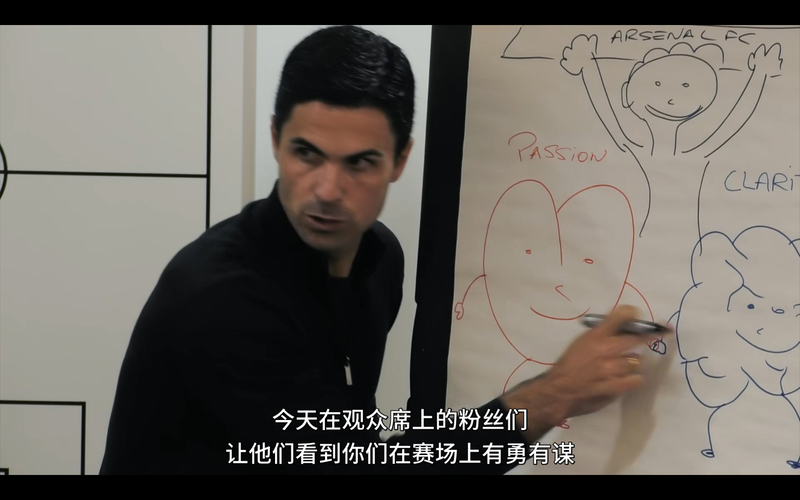 Miscellaneous thoughts of the week

1. The finale of the fourth season of “Westworld”, the chaotic rhythm, the inexplicable character motives, in the final analysis, is a cliché theme of returning to the self and knowing oneself. I don’t know if it will be renewed for the fifth season…

In other words, if the Premier League is regarded as a TV series, it is really the most interesting and unfinished British drama in history:

– Every season is full of suspense, and there are new or departing actors (members).
– Each family (team) fights for a goal, and it is exciting.
– Each actor has remarkable features and can also be made into memes.
– Weekly update, and can mobilize the audience’s emotions (home team) and intelligence (FPL).
– With a diverse audience, insider jokes and memes can span language and cultural differences.
– Excellent offline viewing experience, and even have the opportunity to get close to the actors. .

2. This week, I heard that a tech nerd friend set up a telegram bot to deal with his girlfriend Cha Gang or talk about some topics he hates. It’s been online for two days and I haven’t found anything wrong with the female ticket … I had a friend before. I directly found an AI female ticket. Later, the AI ​​checked his social software and found that he was chatting with other women, and he was directly jealous to the point of going down… It seems that the situation described in the movie “Her” can be staged in reality soon. . When I used GPT3 and MidJourney to write drawings, I also found that assigning tasks to AI communication is much faster and more accurate than dealing with people, so if you can meet people who make you feel physically in real life, you should cherish it. Everything else is fine. Outsourced to Al…

3. After moving to Europe, the most commonly used tool for me who is unfamiliar with my life is Google Map. While exploring the store and visiting the attractions, write a review with a score, and by the way, I did a guide for a few major cities. When someone asks me, just throw a link (??CY Lisbon Tips ?
https://goo.gl/maps/ScKNJMetiDnspHPH9 ).

In fact, looking at the places you often go is also a process of understanding yourself. For example, Google Map shows that the places I go to most often are cafes, bookstores and fan bars. The corresponding ones are that I like to eat, chat, read books and watch football, and then I can spend more time and energy on these things that make me happy. things above.

In the two years I lived in London, I visited 400 places, and took root in Lisbon for half a year. After reviewing more than 100 places, I finally found restaurants, cafes and fan bars that can be incorporated into daily routines.

An in-depth tour is a good way to learn about the customs of a city. Take advantage of your current physical strength and turn the city you live in upside down!

4. I went to Porto last week to reunite with Little Mo. I used to think that Porto was a child who inherited the shortcomings of their parents after mating with Lisbon and Glasgow. Now I think this place is more like the result of a bear child piling up wood. Share the pictures! 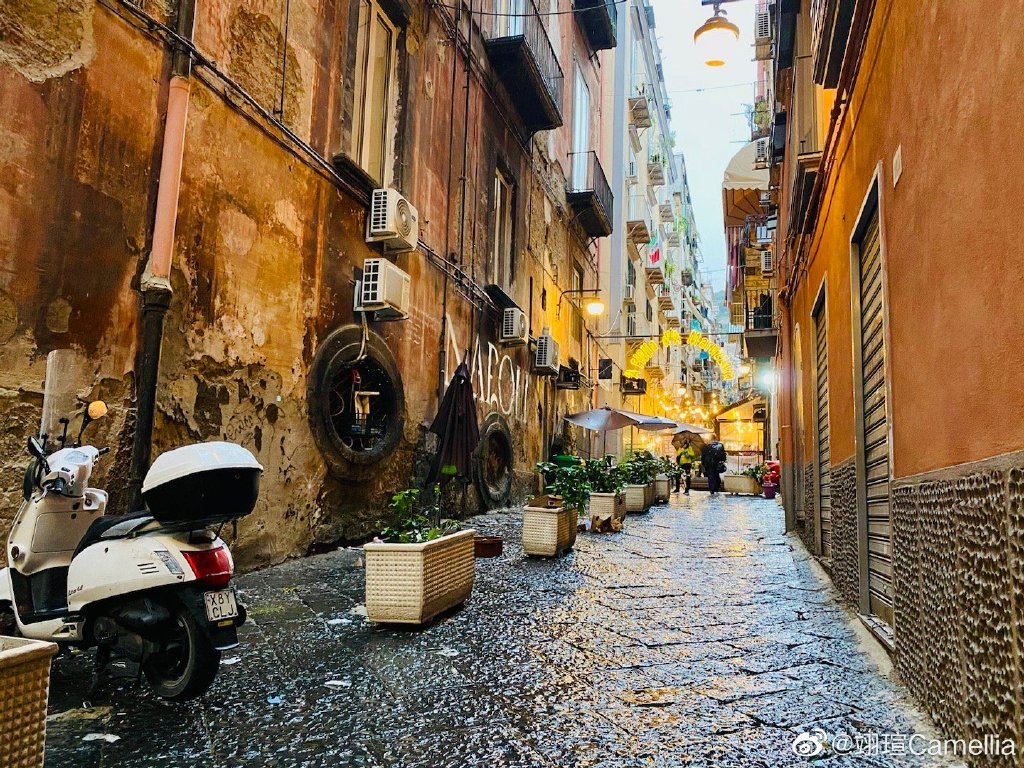 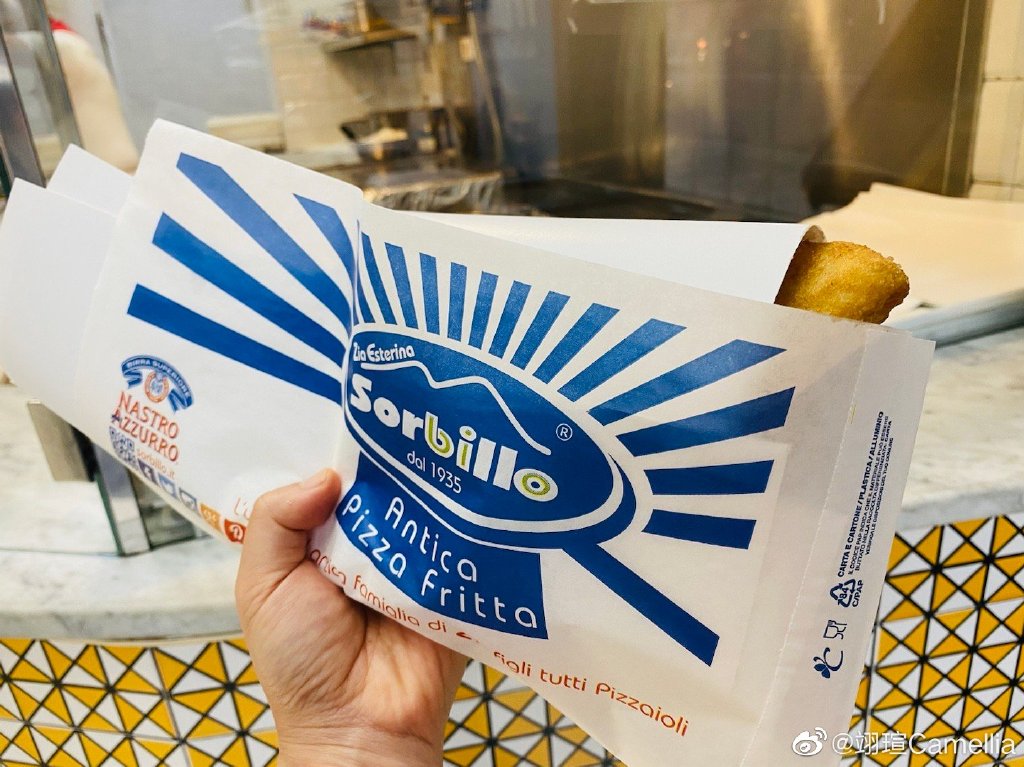 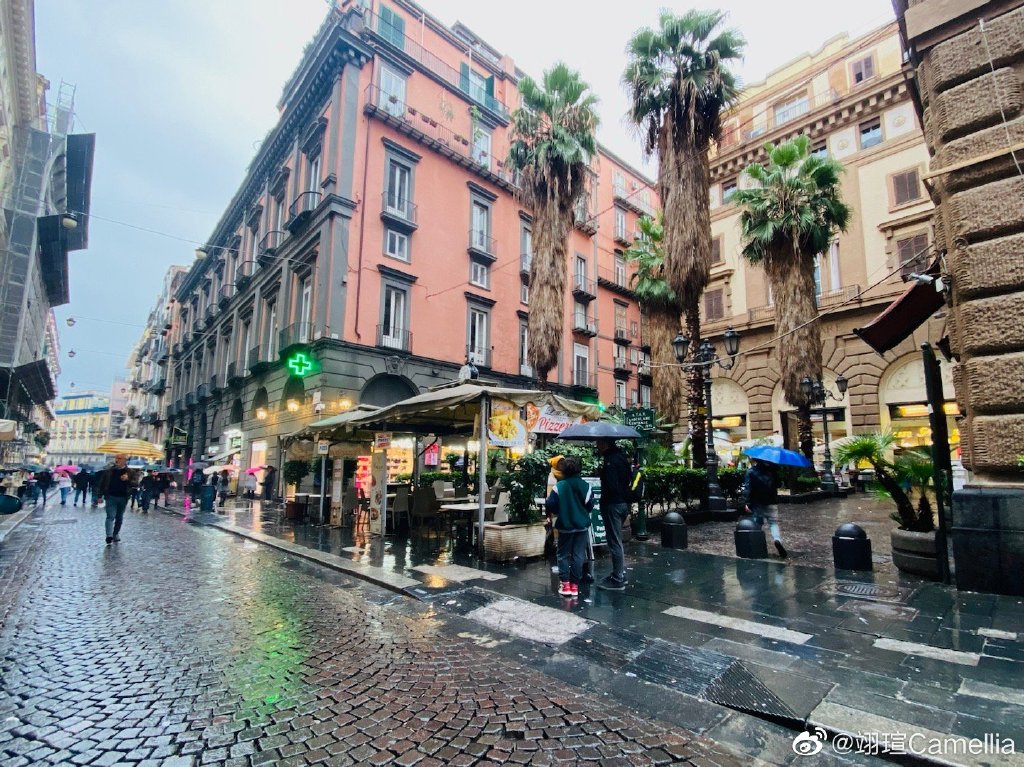 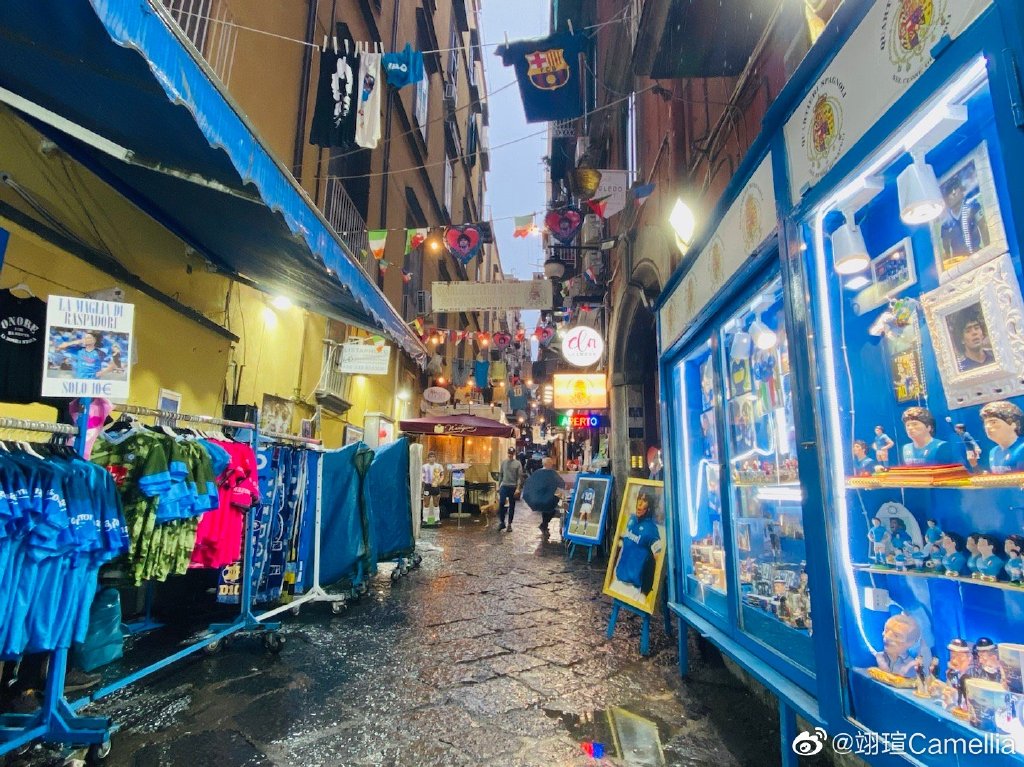 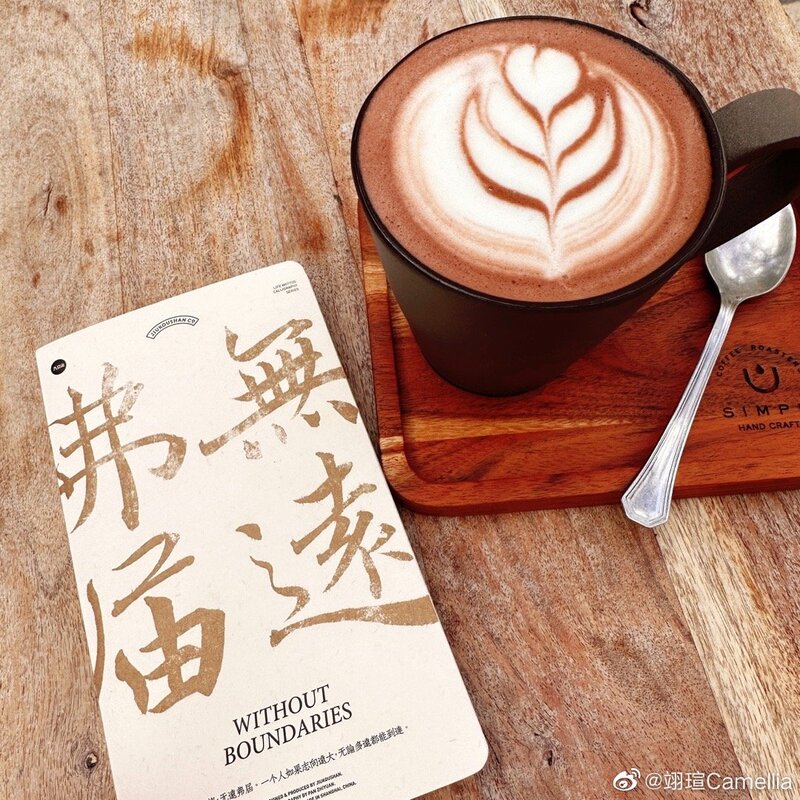 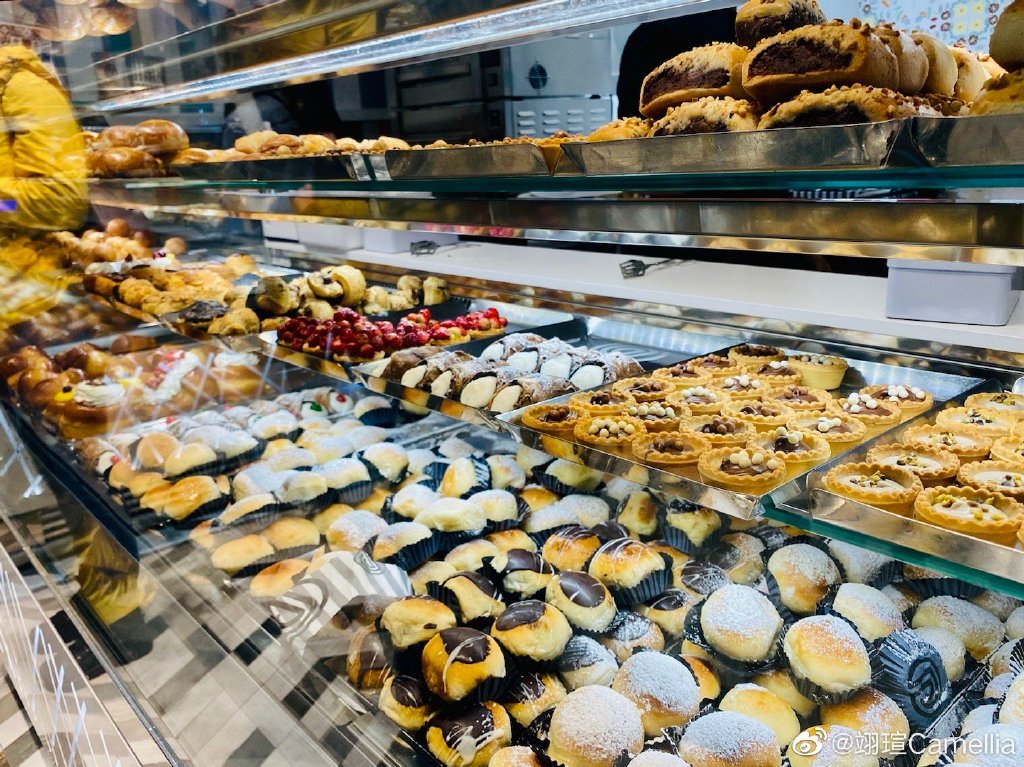 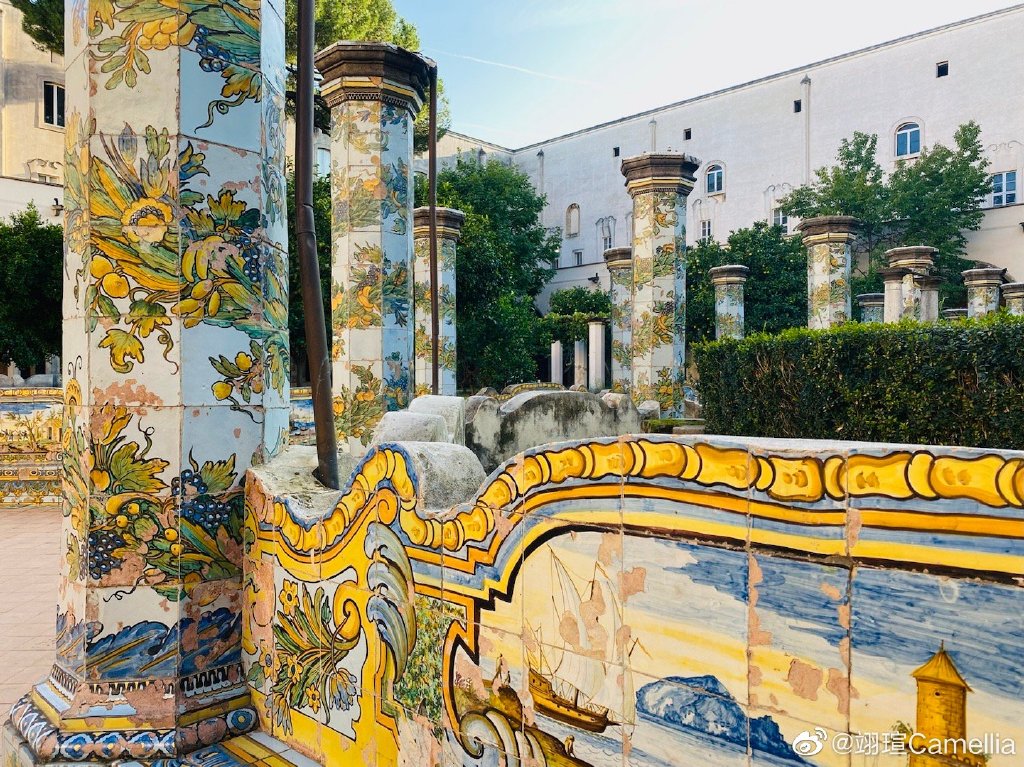 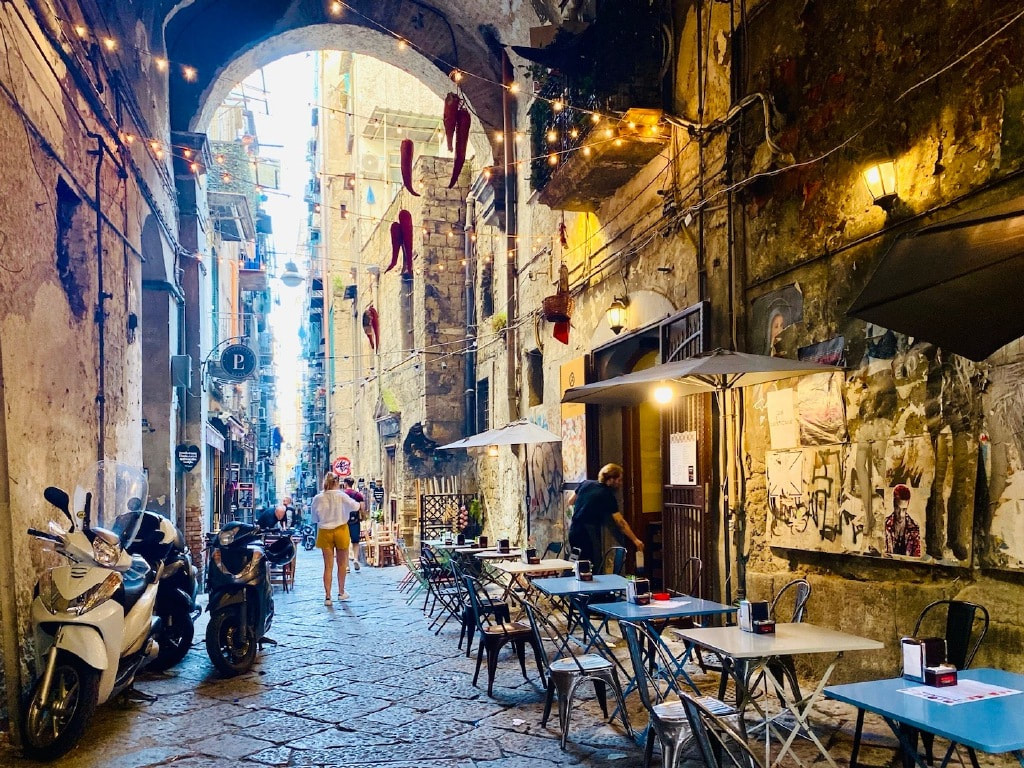 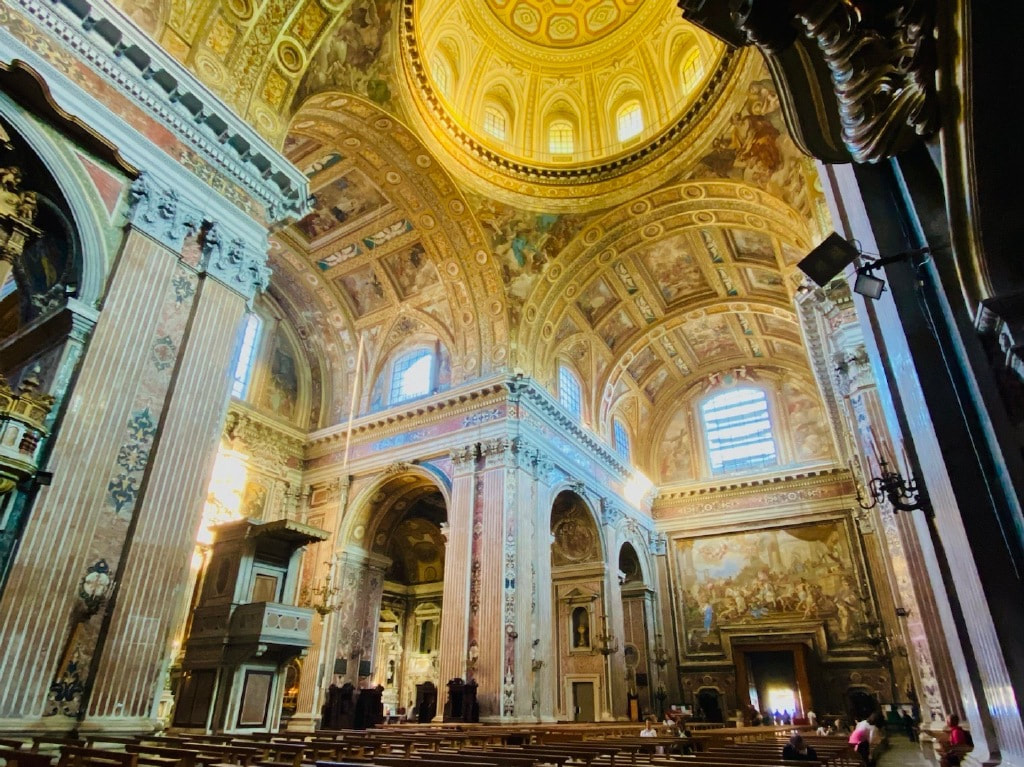 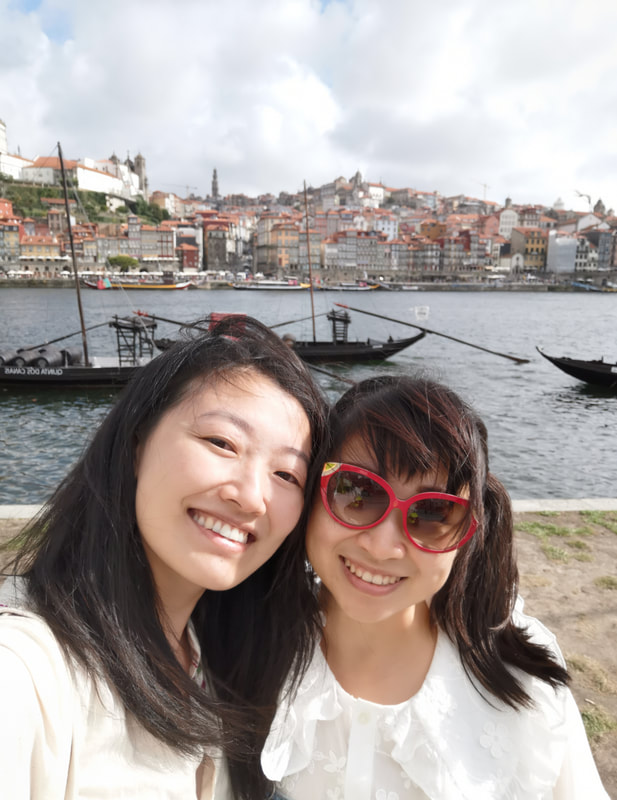 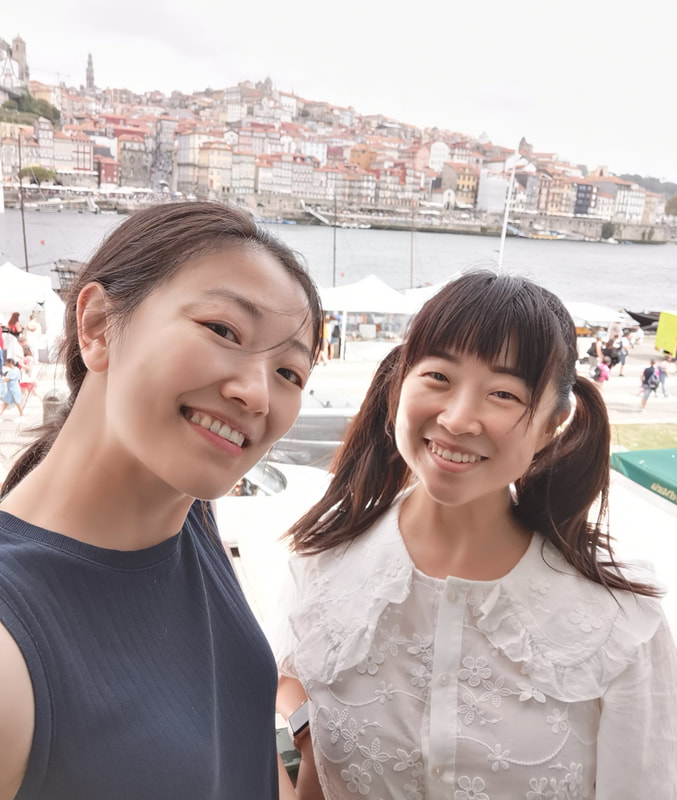 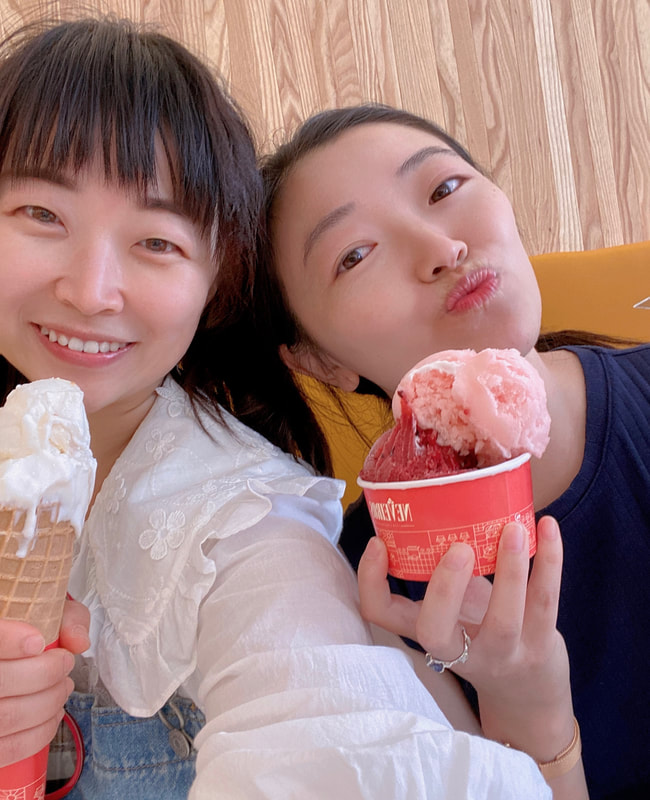 This article is reprinted from: https://www.camelliayang.com/blog/aonarsenal
This site is for inclusion only, and the copyright belongs to the original author.