Within two days, Ali and Ant completed the division of data and personnel management.

On July 25, Alibaba and Ant Group agreed to terminate the “Data Sharing Agreement”, a move considered to be in response to regulatory requirements. A day later, Alibaba Group announced that it intends to seek a dual listing. At the same time, the list of new partners was released, and many Ant executives left the list of Alibaba partners.

Including the retired Wang Shuai and Hu Xiaoming, the total number of partners has decreased by nine. It is worth mentioning that after Wang Shuai’s resignation, the market public relations committee has been vacant since then, which is closely related to the changes in the general environment.

In 2010, Ali launched the partnership system. At that time, 27 people, including Jack Ma, formed a decision-making layer called “Paterna by the Lake”. Over the past decade or so, this system has been the “combustion engine” for Ali’s growth. Internally, becoming a partner is not only an organization’s affirmation of its work results, an opportunity to become a successor, but also means that the department in charge of a partner becomes more important.

From the changes of Ali’s partners, we can see the foresight and foresight of this old giant.

Cloud and on-premises are increasingly important

There are 29 partners in the new session of Ali, which is the session with the largest change and the second smallest number since its establishment.

There are no new faces in this list. Correspondingly, there are 15 old faces who have never left the partner list, which ensures that Ali maintains continuity in internal management and business transformation.

Since 2010, Alibaba partners have steadily increased from 27 to 39, and in the first 9 years, few partners have quit. Since 2019, the number of partners has gradually declined, and most of them have left in retirement. At that time, Lu Zhaoxi, Jin Jianhang and Zeng Ming withdrew, and Jiang Fan, Jiang Jiangwei, Song Jie and Fan Luyuan were shortlisted.

Jiang Fan used to be the youngest and youngest partner of Alibaba. In 2020, he was deprived of his partner title because of the Zhang Dayi incident. This is the only executive who has lost his partner qualification due to life style issues. 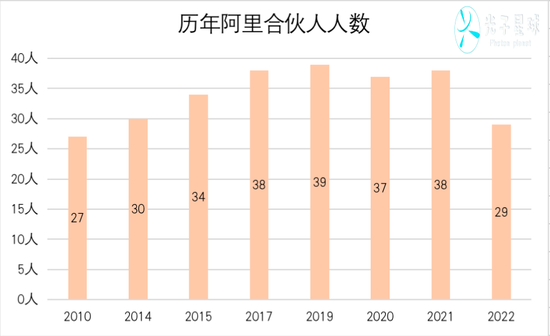 The 29 partners are clearly divided into echelons, including 6 senior elders, mainly Ma Yun and Cai Chongxin, 11 group executives with Zhang Yong as the core, and 12 heads of the four major sectors and other key businesses. .

This kind of step-by-step setup not only allows the old comrades who have retreated to the second line to guide their work, but also allows the group side to have a positive interaction with the business side, so that the decree does not touch the business. Among the partners are not only the leaders of the three major business sectors of e-commerce, cloud computing, and local services, but also many second-in-command in charge of important BGs.

It is worth mentioning that in order to make the middle office thinner and emphasize agile organization, Zhang Yong began to implement the management responsibility system, delegating authority to the business group level, and the speaker is also responsible for financial, legal, public relations and other affairs outside the business. . Even if the chief officers at the business group level are not partners, most of them are senior citizens with more seniority. Zhang Yong’s devolution of power is more or less with the “foreign households” in charge of governing and maintaining a balanced consideration of all parties.

In the current list of partners, Alibaba Cloud has 4 people and local service has 4 people, which are the two business sectors with the most partners in the business line. This objectively enables Alibaba Cloud and the local service sector to have a greater say in Alibaba’s most important decisions. For example, the previous decision to deprive Jiang Fan of his partners was decided by a joint vote of the partners at that time.

As Alibaba’s core business, it has fewer members, which means that it has a weaker voice in major decisions than Alibaba Cloud and the local service sector. But on the other hand, it also shows that the business group has entered a mature stage, and there are fewer major decisions. In the last fiscal year, Taote entered the sinking market, and Wang Hai was also shortlisted for his merits.

In addition, there are two other key business line leaders, including Alibaba Health Chairman and CEO Zhu Shunyan, and Alibaba Entertainment Group President Fan Luyuan. Among them, Zhu Shunyan joined Ali in 2014. He is currently the youngest partner and one of the recent up-and-coming external executives.

At the same time as the personnel changes, Ali also adjusted the qualifications for partner selection by cutting Ant, and deleted the Ali Group affiliates, or specific companies with which they have a significant relationship (such as Ant Group) who have served for more than five consecutive years. Eligible to enter the partnership terms of people.

On top of Ali’s partners, there are no less than 5 but no more than 7 members of the partner committee. The members of the committee serve for a term of five years. Long-term partners can be re-elected without election. They have the right to nominate partners and manage the delayed bonus pool. relevant part. The new committee includes Jack Ma, Cai Chongxin, Peng Lei, Zhang Yong, and Wang Jian. Ant Group Chairman and CEO Jing Xiandong has left the committee.

Since then, the partner system has completed the cutting with ants from top to bottom.

Even if you have setbacks, you must be young

For a long time, most of the new members of Ali’s partners appeared as a situation of stabilizing internal senior members and attracting powerful foreign vassals. This is the biggest feature of the three obvious changes of Ali’s partners before 2019.

With the deepening of the business, managers are prone to lack momentum when their achievements are high, so the partner team needs to introduce fresh blood to form an orderly management echelon. So in 2016, Ali’s partner team started a four-year rejuvenation process. 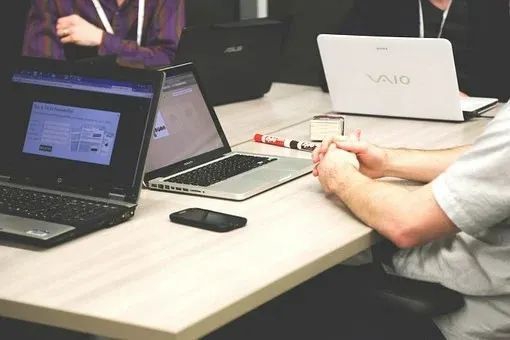 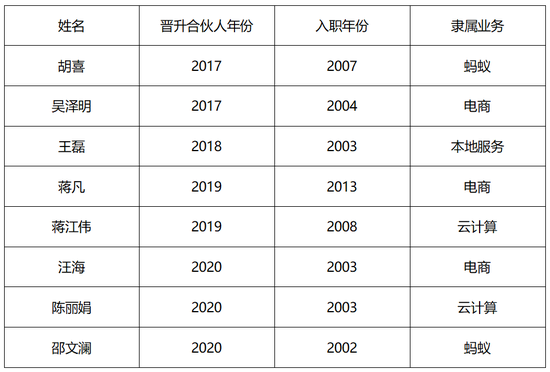 However, looking back at the fresh blood injected in the past three times, Hu Xi and Jiang Fan, who were once summarized by the group as “leaders”, either resigned due to personal reasons or had to be removed from the list due to their style. The different trends of the two post-80s executives have greatly affected Ali’s rejuvenation process.

The last round of rejuvenation has the following characteristics. The selected candidates have either fought a good battle, have long enough qualifications, or are core talents absorbed from outside.

Jiang Fan is a key figure in the transformation of Tmall’s content and mobile. Hu Xi is a talent cultivated by Ant. From the perspective of the relationship between teachers and teachers, his master is Lu Su (Ali CTO Cheng Li), and Cheng Li’s master is Miao Renfeng (Ant CTO Ni Xingjun). The essence of coffee, and at the same time root is the red seedling.

Among the four partners promoted in 2020, Wang Hai has explored a sinking market that is different from Pinduoduo, and is a rising star among the partners of the e-commerce department. “Post-80s” Chen Lijuan is an important minister of Ali’s smart life. Shao Wenlan is also a veteran of the Tao Department, and then transferred to Ant. Since 2020, Ant has continuously adjusted around compliance. He has been responsible for the insurance business and is the chairman of Sesame Credit Management Co., Ltd.

In the past five years, among all the executives who have been promoted to partners, only Jiang Fan and Hu Xi have been employed within 10 years. Perhaps because of a stumble, in order to prevent the above-mentioned situation from happening again, the partners introduced in 2020 have significantly extended their entry time.

Partners give members greater decision-making power and give them an identity. However, veterans will eventually grow old with time, so when Ali chooses partners, he is more inclined to promote those internally cultivated talents.

With the limited acquisition of Internet giants, it has been difficult for Alibaba to introduce mature executives through mergers and acquisitions. In recent years, only the former senior vice president of UC Youshi, Zhu Shunyan, has joined the team of partners, and UC was also merged in 2014, and time has passed.

In addition, Yu Yongfu successfully tore off the “Prince” label, and became the top brand among foreign households after Zhang Yong by integrating big entertainment and local services. Judging from the evolution history of partners in the past 12 years, externally introduced executives mainly come from UC departments, offline retail departments, and fields with high professional thresholds, such as CFOs, chief risk officers, etc.

Change and reconstruction, challenge and challenge

Since 2019, Alibaba’s business system has faced many challenges.

The Internet has gone through an era of savage growth. With stricter regulation, compliance has become more and more important, and internal personnel adjustments have been made to actively adapt to the new environment. For example, the announcement of “applying for a dual main listing in Hong Kong and New York” was affected by the controversy over the “audit draft” in the United States, and the removal of Ant executives from partners was subject to regulatory requirements. 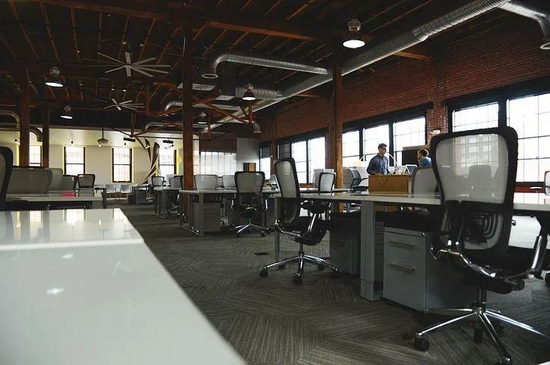 In terms of business, the operator cloud is gradually expanding, and the team is fighting an uphill battle for the government and enterprise market. The only good thing is that Alibaba Cloud has achieved profitability, which is why there are as many as four people in cloud computing as partners.

The epidemic has impacted the two major business sectors of core e-commerce and local life.

For a long time, Alibaba’s core e-commerce system has faced challenges from many players, from JD.com to Pinduoduo, and now Douyin and Kuaishou, and the game has also moved from the supply chain and sinking market to the content field. Ali will always adjust its organizational system to respond to external challenges. Last year, the domestic B and C businesses were integrated, and this year, the self-operated system has been strengthened successively. It is foreseeable that after the double 11 in the second half of the year, the internal organizational structure will be adjusted according to business changes.

In addition, Liu Peng, president of Alibaba’s B2C business group, is one of the executives introduced from the outside. Whether the strategic value of the business can be released is also one of the important factors that determine whether it can enter the future partner system.

The life service sector composed of Gaode, Fliggy, and local life may be one of Ali’s next strengths. However, compared with other business sectors, the personnel relationship of local services is intertwined, and the situation of independent governance has not completely changed.

Last year, Li Yonghe replaced Wang Lei in charge of local life, and Yu Yongfu was in charge of the new life service sector. Whether this business segment dominated by “foreign households” can break through the epidemic and extend its online business will directly affect Ali’s future growth.

Who is the next growth point after e-commerce and cloud computing, Ali is waiting, and the list of partners has also made room.

This article is reproduced from: http://finance.sina.com.cn/tech/csj/2022-07-27/doc-imizirav5617903.shtml
This site is for inclusion only, and the copyright belongs to the original author.