AI Technology Review has learned that Tan Ping, the head of the XR laboratory of Alibaba Dharma Academy, has recently resigned. Tan Ping has been invited to serve as the chairman of the top international academic conferences CVPR, SIGGRAPH, and IROS, and is a benchmark in the field of 3D vision. Tan Ping joined the Ali Artificial Intelligence Laboratory as the chief scientist of computer vision in September 2019, and will be the head of the XR laboratory in 2021.

The XR Lab of DAMO Academy focuses on the research of XR glasses and Internet application technology based on the new mobile computing platform. It can be seen that the research direction of XR Lab is “next-generation Internet technology”, while Tan Ping’s main research fields are computer vision and computer graphics. When he first joined the XR laboratory, Tan Ping mentioned that because he was focusing on technology, he hoped that his participation would further strengthen the company’s technical reserves and technical strength in this regard. It can make good use of technology and combine it with rich business scenarios to bring valuable and beneficial products to the society. At that time, he mentioned that he chose to develop in Ali for two reasons: Internet companies in China, including Ali, have developed extremely fast in recent years, and he did not want to miss this opportunity; and he felt that he had a lot of business in the XR laboratory. It can be combined with your own skills, giving yourself a broad world of development. Since the establishment of XR Lab, Tan Ping has led the team to bring the following applications:

At the same time, from 2019 to 2021, the XR laboratory team has also published a number of papers in various academic summits such as CVPR, IROS, RAL, and ICCV, mainly on 3D modeling, rendering, human-computer interaction and other fields. 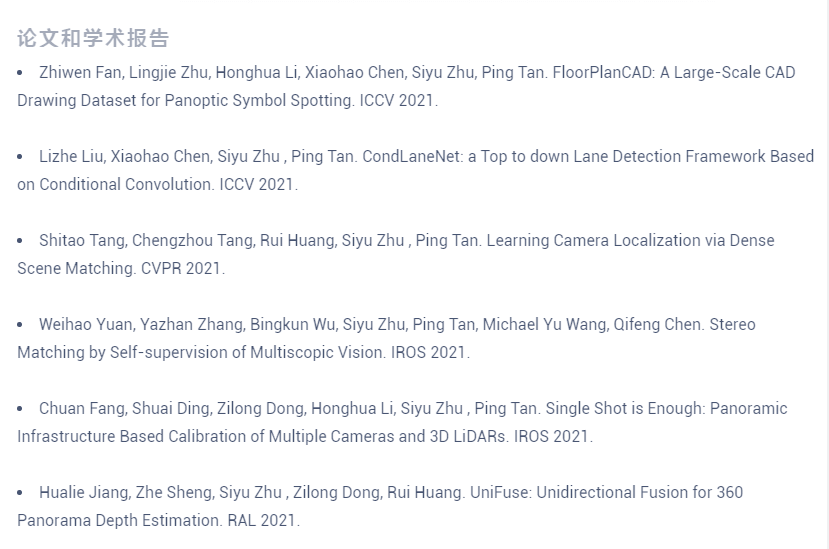 At the 2021 Hangzhou Yunqi Conference, Tan Ping also delivered a speech on the theme of the Metaverse. At that time, his speech was titled “Metaverse: The Next Generation Internet”. In the speech, Tan Ping introduced to the audience what the metaverse is, the technical composition of the metaverse, and related cases at that time, such as the holographic store built through 3D reconstruction technology, allowing customers to enjoy an immersive shopping experience; XR Lab Cases such as AR art exhibition in cooperation with Song Art Museum. In this sharing, Tan Ping said that in essence, the metaverse is considered to be the entire Internet on AR and VR glasses, and a way of presenting the Internet on a new computing platform.

1
Tan Ping and his people 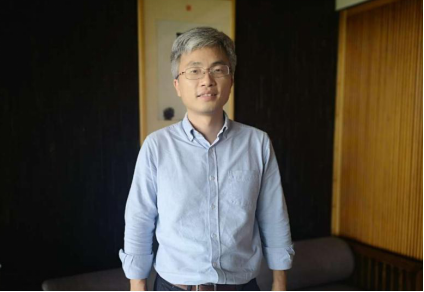 Note: Dr. Tan Ping It is understood that Tan Ping was born in Lianyuan, Loudi in 1980. He was very good at mathematics in high school and often went to Changsha to participate in mathematics competitions. He was admitted to the Shanghai Jiaotong University Junior Class in his second year of high school. age. In 2000, Tan Ping graduated with a double degree in applied mathematics and computer science from Shanghai Jiaotong University. In his undergraduate studies, he believed that mathematics was more theoretical, and he hoped to do more things with applied value. At that time, Tan Ping accidentally saw the introduction of artificial intelligence major in Shanghai Jiaotong University and thought it was the direction he wanted to develop, so he embarked on the route of learning artificial intelligence. Since he has a foundation in computer science in his undergraduate studies and is using familiar mathematical tools in his AI learning, this turn is not difficult. After graduation, he went on to study for a master’s degree at Shanghai Jiaotong University and graduated in 2003 with a master’s degree in pattern recognition and intelligent systems. After graduating with a master’s degree, Tan Ping entered the Hong Kong University of Science and Technology to continue his Ph.D. During his Ph.D., his mentor was Professor Quan Long, who has made great achievements in the field of computer vision. 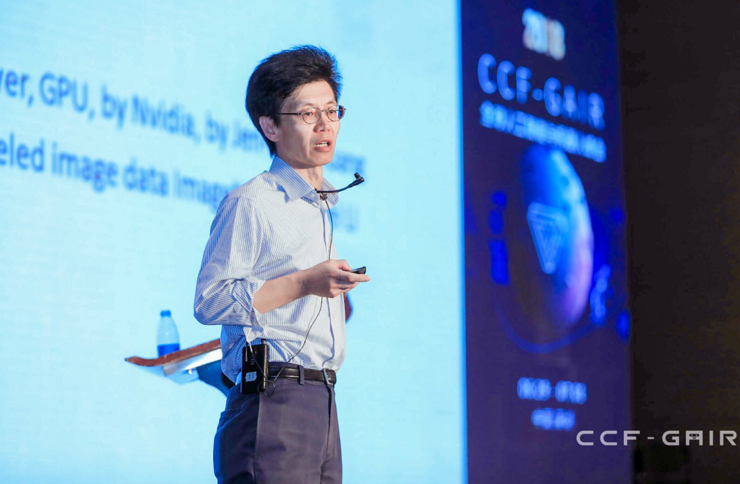 Legend: Professor Quan Long Professor Quan Long made outstanding contributions to the foundation of the basic theory of 3D reconstruction in the 1990s. Among his students are Tan Ping, Xiao Jianxiong, founder of autonomous driving company AutoX, Fang Tian, ​​CEO and co-founder of Altizure, Zeng Gang, professor of Peking University, Wei Yichen, head of Questyle Shanghai Research Institute, Wang Jingdong and Yuan Lu, senior researchers of Microsoft Research Institute. DJI Zhang Honghui and many other leaders in the field of computer vision. Tan Ping graduated from the Hong Kong University of Science and Technology in 2007 with a Ph.D. in Computer Science and Engineering. In the same year, he joined the Department of Electrical and Computer Engineering of the National University of Singapore as an assistant professor. Until 2014, Tan Ping believed that Singapore’s development was relatively limited and wanted to see a wider world, so he went to Canada. During his development in Canada, he was awarded the title of tenured associate professor by Simon Fraser University (SFU) in Canada. He was awarded the MIT [email protected] Award in 2012 by 12 top entrepreneurs under the age of 35 from Southeast Asia, Australia and New Zealand, and was nominated for the PAMI Outstanding Young Investigator Award in the same year. In 2014, he received the Discovery Accelerator Supplements Award from the Natural Sciences and Engineering Research Council of Canada (NSERC). It is reported that the NSERC awards a three-year “discovery accelerator” award each year to 100 researchers whose “research progress is rapid, remarkable and remarkable”. 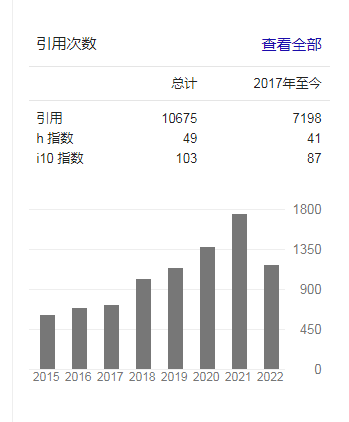 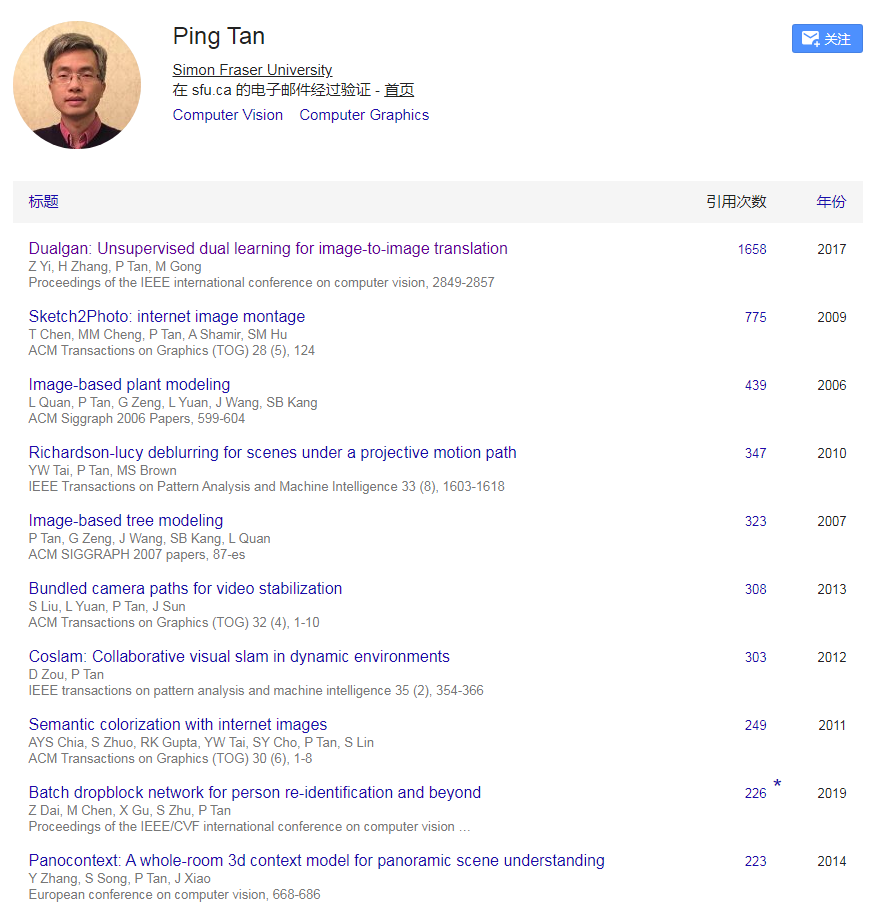 Among his papers, the most cited paper is “Dualgan: Unsupervised dual learning for image-to-image translation” published in 2017 with 1658 citations Second-rate. Tan Ping’s main research directions are: computer vision, computer graphics, robotics, 3D reconstruction, image-based modeling, image and video editing, lighting and reflection modeling, etc. After joining the XR laboratory, he focused on the research and development of 3D modeling and holographic technology, and was committed to leading the laboratory to build a 3D digital version of the real world and create a realistic virtual world.

This article is reprinted from: https://www.leiphone.com/category/academic/Ewji3tUA8P0LryLe.html
This site is for inclusion only, and the copyright belongs to the original author.