Yun Penggang, Member of the Standing Committee of the Ulanqab Municipal Committee and Deputy Mayor, said in his speech at the launching ceremony of the Intelligent Computing Center: “Grassland is bound up with autonomous driving and intelligent computing. Opportunity to promote the formation of another typical demonstration scene of “East and West”.” 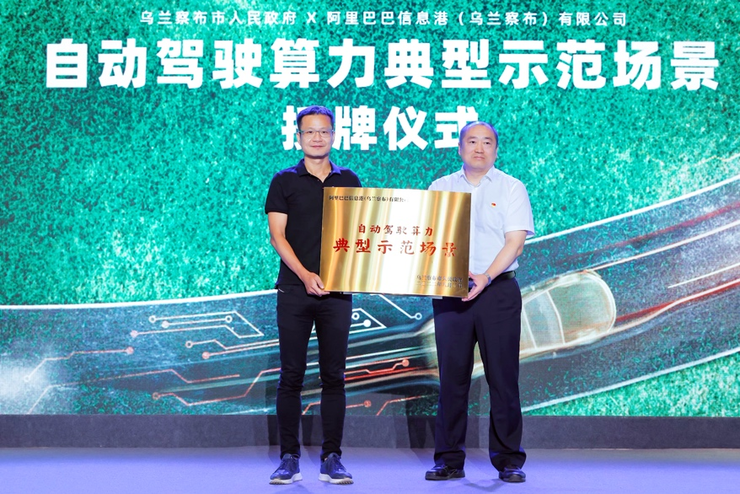 The “East and West” project is a national integrated layout to achieve large-scale, intensive and green computing power. By taking on the computing power demand in the east, the western region optimizes the allocation of computing power resources like the “South-to-North Water Diversion” and “West-to-East Electricity Transmission” to improve the efficiency of computing resources.

Ulanqab, located in Inner Mongolia, is on the node of the eight major national computing power hubs. Relying on the unique location and climate advantages, 12 major data centers including Alibaba and Apple have settled in Ulanqab. It is also called “Prairie Cloud Valley”.

In response to the national strategy of “Calculating in the East and Calculating in the West”, Xpeng Motors and Alibaba Cloud chose to build a “swinging” intelligent computing center in Ulanqab, with a computing power scale of 600PFLOPS, which can speed up the training of autonomous driving models by nearly 170 times. The substantial increase in the speed of model training will strongly promote the development of autonomous driving technology, bringing the intelligence and safety of cars into a new stage. At the same time, “Fuyao” is also a greener and low-carbon intelligent computing center. Combining with the local natural climate advantages of Ulanqab, it adopts green technologies such as air cooling, AI temperature regulation, and modular design, which can realize new and new products for more than 80% of the year. Wind operation, the annual average PUE is less than 1.2.

This article is reprinted from: https://www.leiphone.com/category/industrynews/XhAPGSWGeNz5rwS9.html
This site is for inclusion only, and the copyright belongs to the original author.