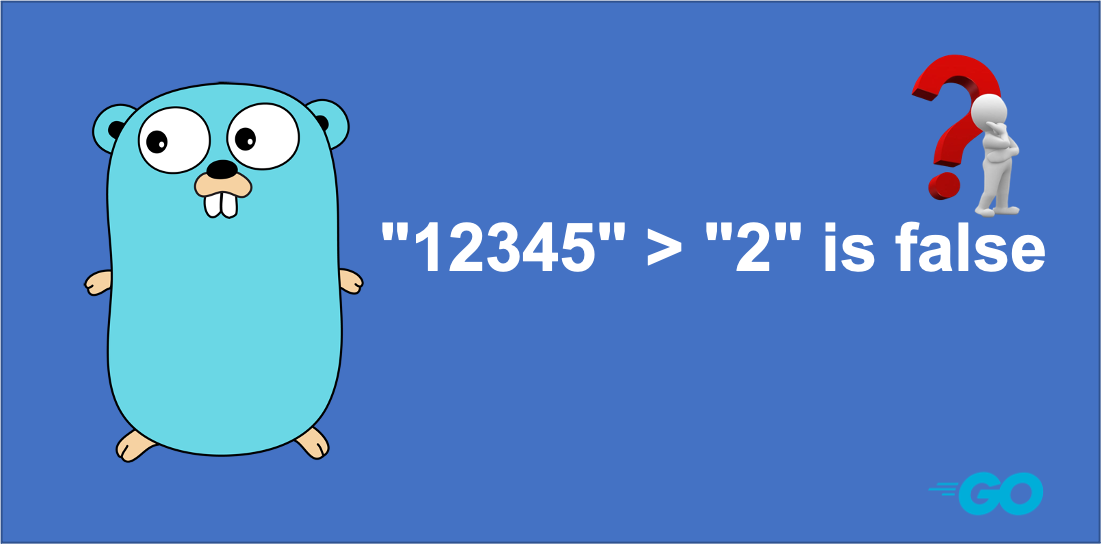 Permalink to this article – https://ift.tt/mvTcNw8

Thea (Thea) is a girl programmer who has just started the Go language, and today she encountered a problem that made her “surprise”. Here is the Go code that confused the girl Thea:

In this code on Go string comparison:

The four results left Thea puzzled! So Thea searched the Internet for Go technical materials that could solve her puzzles.

She saw a “Little Yellow Book” called “The Road to Go Language Improvement” on the Internet. It is said that this book contains detailed explanations about the principles of Go strings and string comparison.

Thea inadvertently caught a glimpse of a yellow, heavy book on the table next to her colleague Tony, isn’t that what she wanted to read! So Thea asked Tony to borrow a book. Tony has always been “defeating every battle” in the face of the “Beauty Offensive”, so Thea successfully obtained the two volumes of “The Road to Go Language Improvement”. During her lunch break, Thea spent 1.5 hours studying three chapters about Go strings in the book: “Understanding String Implementation Principles and Efficient Use” in Section 15, “Mastering the Principles of Character Sets and Efficient Use” in Section 52 Converting Between Character Encoding Schemes” and Section 56, “Mastering the Basic Operations of the bytes and Strings Packages”. After reading it, I shouted Wonderful! The explanation in the book completely answered Thea’s question.

At this time, Thea remembered the author’s suggestion on learning the Go language method in the closing remarks “Welcome to the Golden Decade of Go with You ” in the “First Lesson Column of Go Language” : output Dafa! Through the output, the knowledge learned is truly internalized into her own knowledge, so Thea recorded her understanding of the contents of the book. It happened that Tony next to him had just woken up from his nap, and Thea decided to be a teacher again. Tony just got dragged over and acted as a student :).

The following is Thea’s explanation.

String type is one of the most commonly used data types in modern programming languages. In the C language, one of the ancestors of the Go language, the string type is not explicitly defined, but a string literal value

Presented as a constant or a ‘\0’-terminated character type (char) array.

The Go language fixes this “defect” of the C language, and the string type is built-in natively, which unifies the abstraction of “string”. In the Go language, whether it is a string constant, a string variable or a string literal appearing in the code, their type is uniformly set to string .

Go’s string type design fully draws on the experience and lessons of C language string design, and combines the best practices in string type design in other mainstream languages. The string type finally presented for Gopher has the following functional characteristics:

That is, once an identifier of type string is declared, whether it is a constant or a variable, the data that the identifier refers to cannot be changed during the life cycle of the entire program.

The Go string type supports the idea that zero values ​​are available. Go strings do not need to consider the trailing ‘\0’ character as in C, so their zero value is “” and length is 0.

At the same time, it is necessary to further judge whether the data pointer points to the same underlying storage data. If they are the same, the two strings are equivalent. If they are different, the actual data content needs to be further compared. As for how to compare, I will talk about it next.

This feature involves the question of what characters are in the Go string and what character encoding is used. Let’s take a look.

Such an encoding scheme is compatible with the memory representation of ASCII characters, which means that when using the UTF-8 scheme to represent Unicode characters in memory, existing ASCII characters can be directly stored and transmitted as Unicode characters without any changes. Compared with the UTF-16 and UTF-32 schemes, the UTF-8 scheme also has the highest space utilization. Moreover, when utf8 decoding and encoding, there is no need to consider the endianness issue.

Taking the character “中” as an example, its code point (serial number) is U+4E2D, and its Utf8 encoding is “0xE4 0xB8 0xAD”, that is, Go actually uses three bytes in memory to represent the Unicode “中” character.

The above is paved with so much content, just to clear the way for string comparison. Regarding Go string comparison, there is only one sentence in the Go language specification : String values ​​are comparable and ordered, lexically byte-wise . What does that mean? This sentence expresses three meanings:

Let me explain the examples at the beginning one by one, first look at the following code:

Let’s take another look at the example of a string containing Chinese characters:

In order to facilitate the subsequent description, we first calculate the Utf8 encoding of the three Chinese characters “zero”, “one” and “two”:

We can see that the Utf8 encoding of three Chinese characters are all three bytes.

The Go standard library provides the Compare function in the strings package to compare the size of two strings. But according to the comment of the Go team, the meaning of this function is to keep the API as consistent as possible with the bytes package, and it is also implemented using the native sorting comparison operator:

In practical applications, we seldom use strings.Compare and more directly use the sorting comparison operator to compare string type variables, which is more intuitive, and the performance will be higher in most scenarios, after all, there is one less function call.

“Okay, that’s what I’m going to tell you, do you understand?” Thea gleefully said to Tony, who was awake by the time.

Thea was surprised! “What’s your book”?

Tony pointed to the little yellow book on the desk and said, “I wrote this book ^_^”.

A blush appeared on Thea’s face… .

“Gopher Tribe” Knowledge Planet aims to create a high-quality Go learning and advanced community! High-quality first published Go technical articles, “three-day” first published reading rights, analysis of the current situation of Go language development twice a year, read the fresh Gopher daily 1 hour in advance every day, online courses, technical columns, book content preview, must answer within six hours Guaranteed to meet all your needs about the Go language ecosystem! In 2022, the Gopher tribe will be fully revised, and will continue to share knowledge, skills and practices in the Go language and Go application fields, and add many forms of interaction. Everyone is welcome to join! 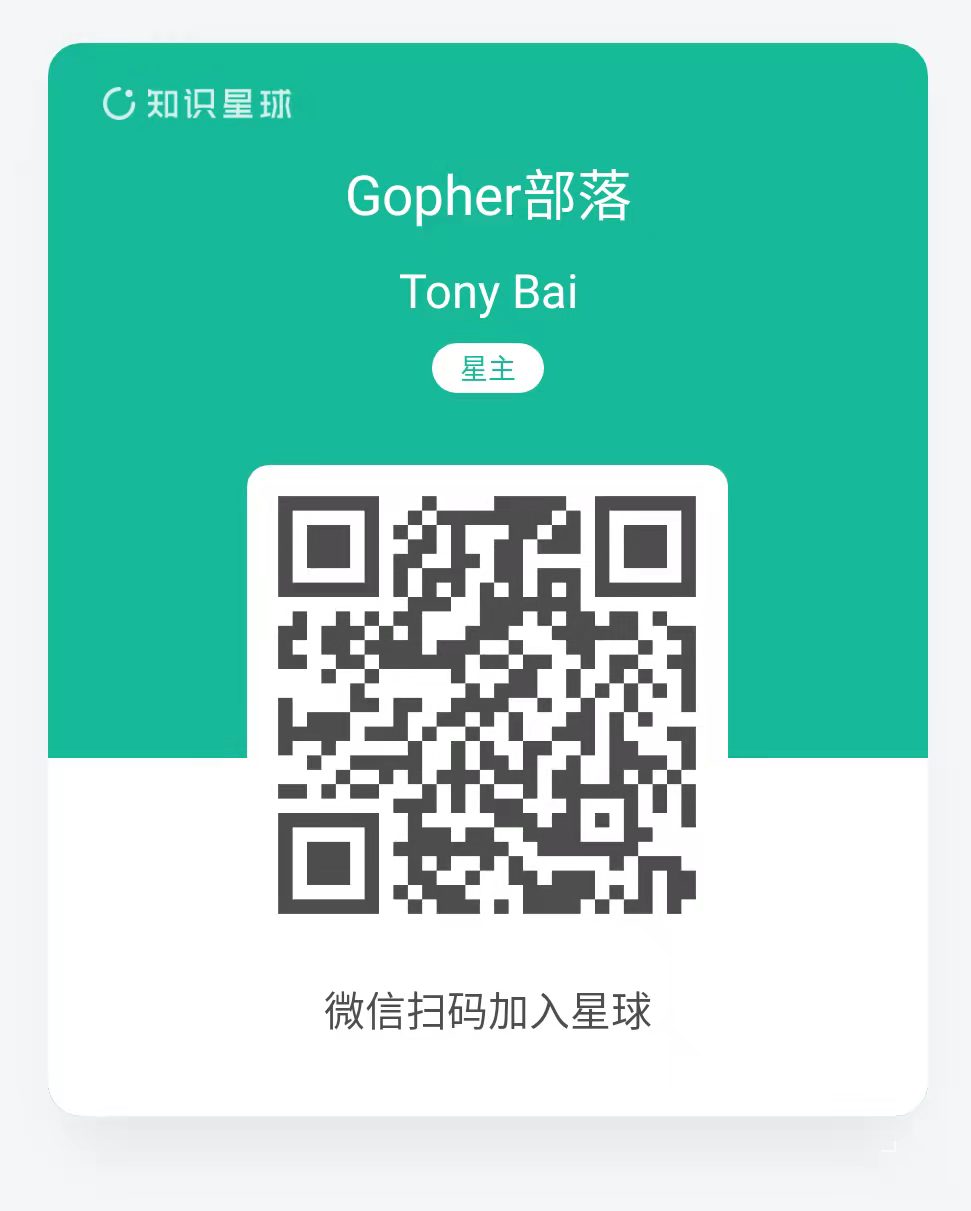 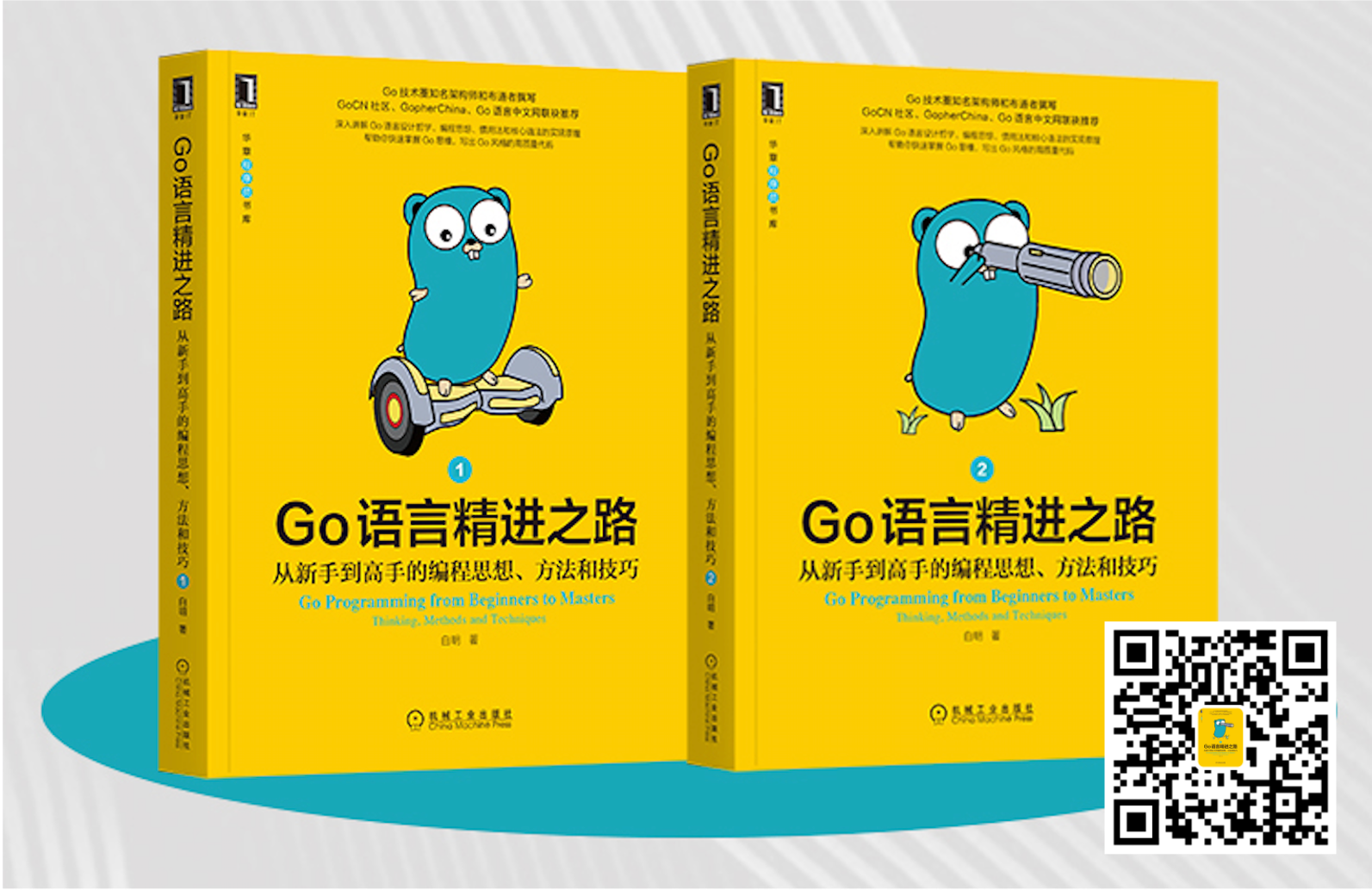 I love texting : Enterprise-level SMS platform customization development expert https://51smspush.com/. smspush : A customized SMS platform that can be deployed within the enterprise, with three-network coverage, not afraid of large concurrent access, and can be customized and expanded; the content of the SMS is determined by you, no longer bound, with rich interfaces, long SMS support, and optional signature. On April 8, 2020, China’s three major telecom operators jointly released the “5G Message White Paper”, and the 51 SMS platform will also be newly upgraded to the “51 Commercial Message Platform” to fully support 5G RCS messages.

The famous cloud hosting service provider DigitalOcean released the latest hosting plan. The entry-level Droplet configuration is upgraded to: 1 core CPU, 1G memory, 25G high-speed SSD, and the price is 5$/month. Friends who need to use DigitalOcean can open this link : https://ift.tt/bohp4In to open your DO host road.

This article is reprinted from: https://tonybai.com/2022/04/18/inside-go-string-comparison/
This site is for inclusion only, and the copyright belongs to the original author.