Popular science, the full text has been coded.

When the Chinese Valentine’s Day was celebrated a while ago, the author, who has been a solo mother for many years, couldn’t hold back the loneliness in his heart. He downloaded a Galgame on a well-known butter forum, and wanted to go to the second dimension to fill the wounds in his heart. Only halfway through the game did he realize that this game is a tentacle Play. towards. 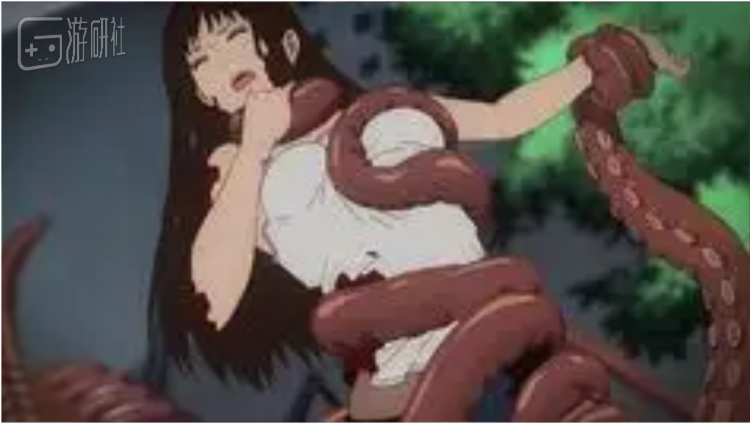 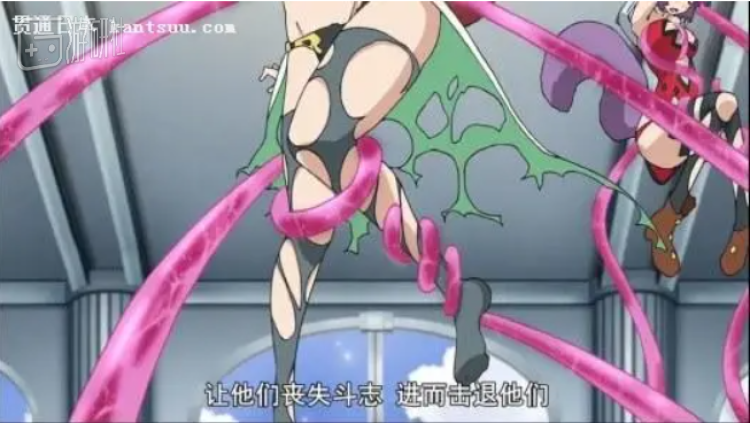 Tentacles can be said to be one of the most famous elements in Japanese eroge culture. The first time the author came into contact with tentacle play was in “Sword Art Online”, which was playing a side ball. 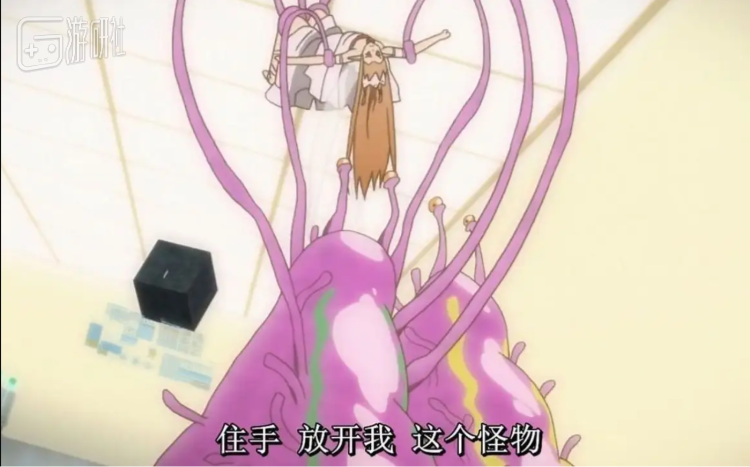 But after clearing the game, the author suddenly had such a question in his heart , what era and which one is sad (cai), something like tentacle play that hurts (bie) wind (chu) defeats (xin) vulgar (cai) (hua) sick (heng) crazy (yi) lsp invented something?

Is this a distortion of human nature, or a moral decline?

In order to satisfy my own curiosity, the author started a massive data survey, and tried to find out the source of the birth of such strange hobbies by searching the keywords of major sub-sites in reverse time, but I got very little.

When the author was at a loss, a friend of the author provided a little idea. Japanese sexual hobbies are often passed down from ancient times to the present, just as their fanatical pursuit of loli stems from their childish aesthetics inherited from ancient times. view.

When I heard it, I was greatly inspired, and immediately began to turn around the direction of the investigation, focusing on ancient Japan, to see if I could find the prototype of this sexuality. Sure enough, I found it, please listen to me one by one.

The Japanese’s sexual fascination for tentacles can be traced back to the Edo period (1603-1868, roughly corresponding to our Qing Dynasty) . 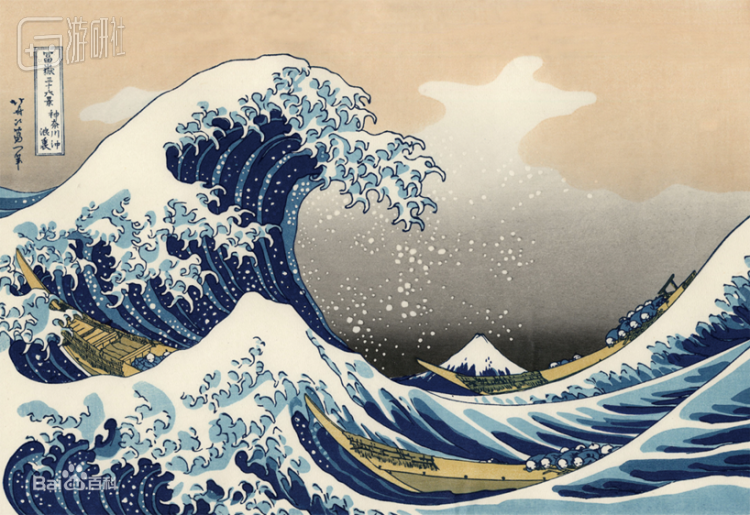 Japan’s most famous ukiyo-e “The Great Wave off Kanagawa”

Common subjects for Ukiyo-e include landscapes, beauties, history and folklore, flora and fauna, and, of course, the protagonist of this article, pornography . 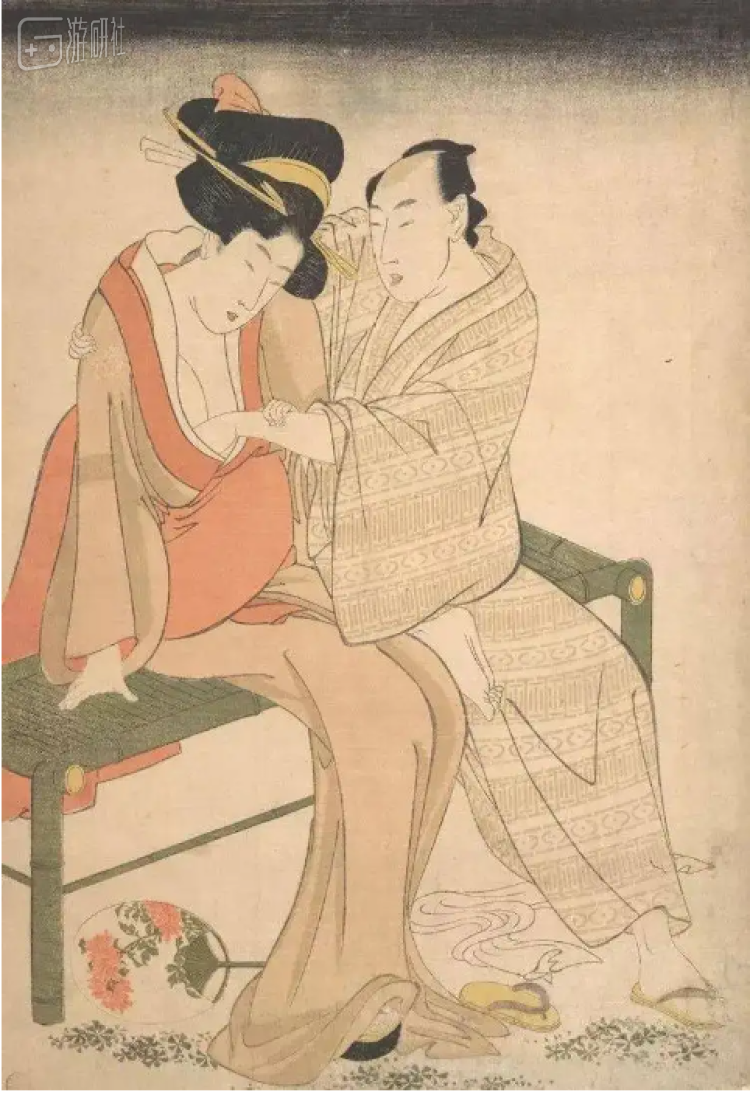 Drawing a book is a traditional art engraved in Japanese DNA. Ian Bruma, an expert on Japanese sexual culture, once put forward such a theory: Japanese sexual culture itself has a certain nature of violence worship and sexual persecution worship , and the paintings about pornography in Ukiyo-e will try to highlight men as much as possible Supremacy of sexual violence implied .

Among these substitutes, there is the originator of the tentacle book – octopus sex worship . 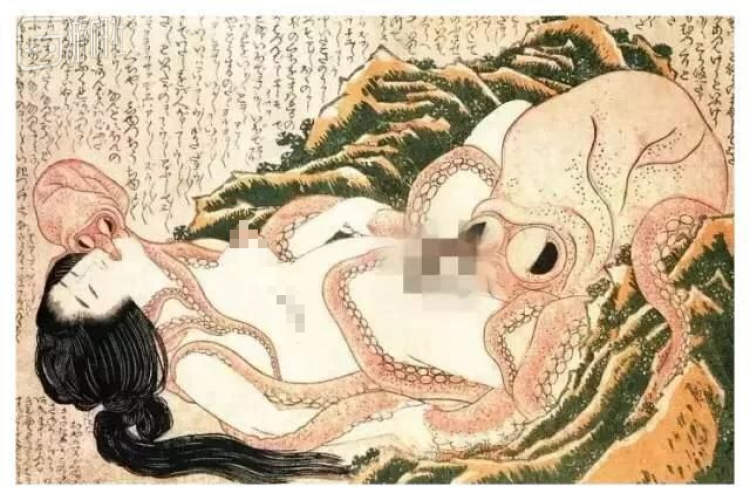 The picture above is the famous Ukiyo-e master Katsushika Hokusai painted in 1814, “Ama and Ama” (octopus and Ama), in the picture two octopuses, one big and one small, sexually assaulted a human woman (for Make sure that the article has been reviewed and the key parts have been mosaicked).

The author of this painting, Katsushika Hokusai , can be said to be synonymous with Ukiyo-e. The most famous Ukiyo-e in Japan mentioned above, “The Great Wave off Kanagawa”, is his masterpiece. The blue sea, and the unreasonable animal nature in “Haenyeo and Octopus”, it can be seen that in the deepest part of Master Katsushika’s heart, he is also an out-and-out LSP.

In order to clarify the origin of the octopus worship behind the painting “Ama and Octopus”, we have to start with a Japanese legend.

The Japanese folklore ” Ogaki Ji ” records such a story. According to legend, in ancient Japan, the dragon in the Sea of ​​Japan stole the treasures that were brought back to Japan from the Tang Dynasty.

In order to retrieve the treasure, the central minister Lianzu married a sea girl named Yutori Ji (a woman who dived to catch fish, shrimp and pearls) and gave birth to a son. Dive into the sea and retrieve the treasures stolen by the Dragon King, so that their children will be able to live and breathe without worry,

For the sake of his son’s future, Yu Touji sneaked into the deep pirates and returned to the treasures alone. Unexpectedly, he was discovered by the Dragon King in the process. The Dragon King sent his shrimp soldiers and crab generals to capture Yu Touji, and the two sides launched a desperate fight in the sea.

In the end Yutoriji succeeded in bringing the treasure back. Her son finally became a high-ranking official because of the protection of the treasure, but Yutoriji himself bleeded too much in the fight with the shrimp soldiers and crab generals and died. 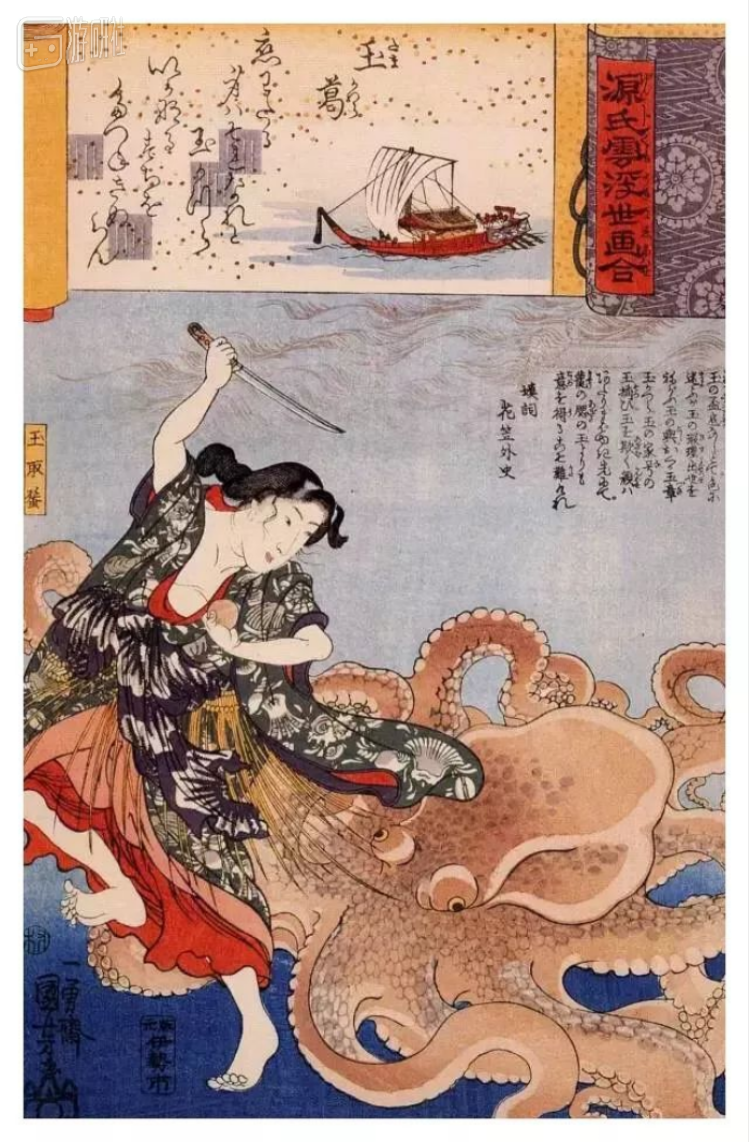 “Jade Toki Goes to the Sea to Capture Treasures”

The picture above shows “Tamatoji Goes to the Sea to Capture Treasures” painted by Utagawa Kuniyoshi, which depicts the scene of Yutoriji fighting with the monsters in the sea.

This story originally emphasized the maternal love of a woman as a mother who devotes herself to her child, but in the Edo period, the content of the story began to change gradually.

When Japanese sea girls went to work in the sea, they all went into the water naked without exception. Ukiyo-e painters imagined the pictures of the beautiful Tamotori Hime naked and fighting with the shrimp soldiers and crab generals in the sea, and fell into endless lust. 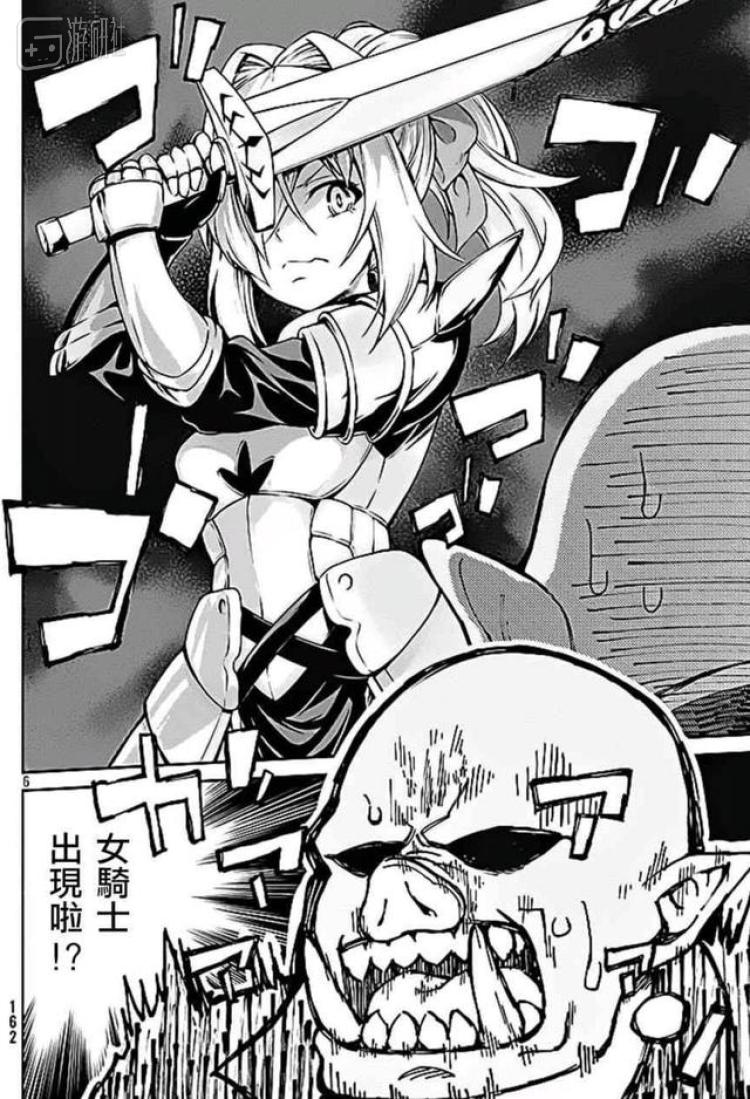 You must have seen the books of female knights and goblins. Just as today’s book painters like to lew the scenes of Joan of Arc being captured by the British and sexually assaulted, the ukiyo-e painters of the Edo period also painted their books. The claws stretched out to Yutoriji.

They were obsessed with such a picture, the Dragon King sent a huge octopus, the octopus captured Yutorihime with its sticky tentacles and sexually assaulted her , this is Katsushika Hokusai’s painting “Ama and Octopus” The source of inspiration, and one of the earliest and most representative representations of the octopus sex cult in Japanese art painting.

Careful readers may have noticed that there is a lot of text written in the upper part of the painting. When Katsushika Hokusai painted “The Sea Maiden and the Octopus”, he not only drew a picture, but also wrote a small yellow text on the picture, which can be described as a combination of pictures and text. The conscience of the industry, I will not put the content here, I am afraid that it will not pass the trial.

The ukiyo-e painters of the Edo period set off a frenzy, and everyone worked tirelessly and happily to paint pictures of women and octopuses, and the more they painted, the better they became. 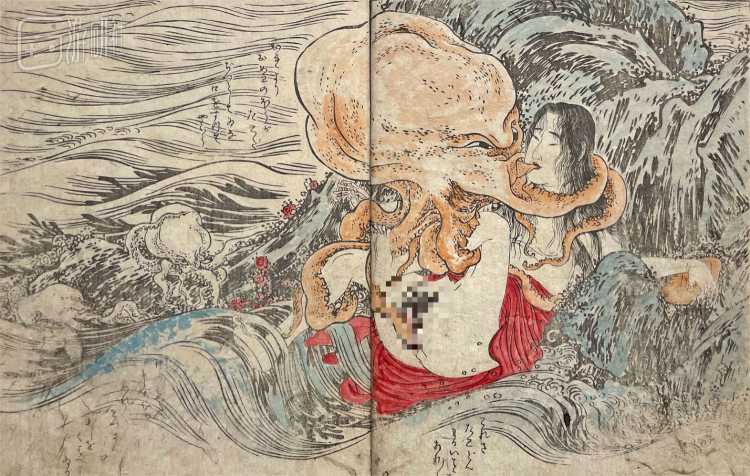 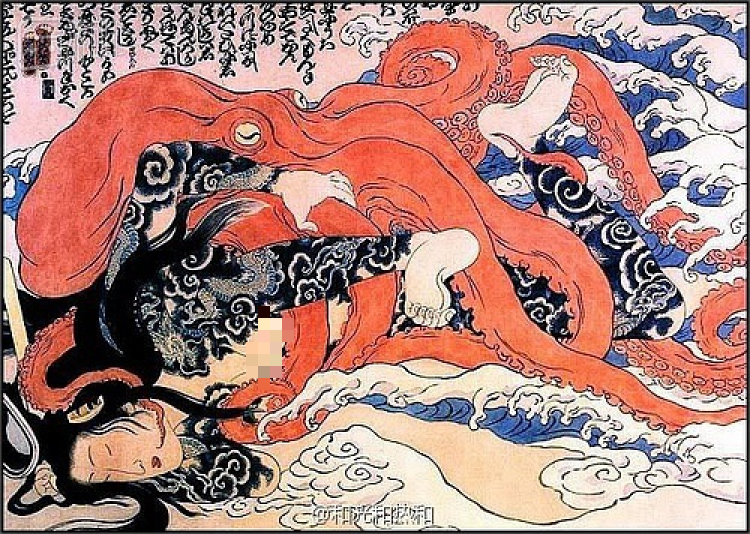 It is worth mentioning that the reproductive worship of octopuses or tentacles is not a phenomenon unique to Japan, and European painters also joined it at the same time: 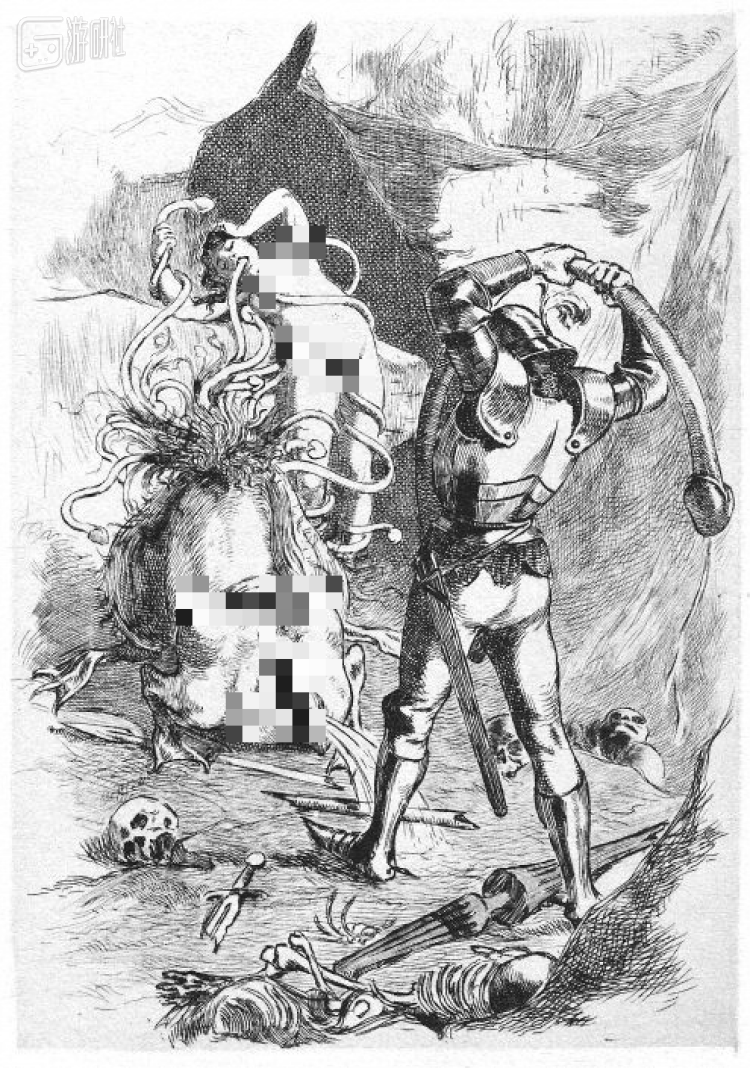 The picture above is “La Grande danse macabre des vifs” by the 19th century French painter Martin van Maële (to ensure that the key parts of the trial have been coded), which depicts a knight trying to rescue a raped woman from a tentacle monster ( By the way, what is this knight holding in his hand…)

Countless gentlemen have done a lot of discussion on why the tentacle Play triggers so many G-point switches. Some people say that the human arm is a symbol of power and desire for domination. Throughout the ages, countless logos and metaphors about the hand are related to the domination of power, such as the “invisible hand” in economics and the “almighty hand” in Christianity. “. The invention of the tentacle book is an infinite magnification of men’s desire to dominate women. In addition, tentacles can always remind people of human reproductive organs. In this way, tentacle culture has become popular.

In the final analysis, the octopus is always associated with male domination desire and reproductive worship, and has therefore become a frequent visitor to countless book painters. Until today in the 21st century, the doujinshi of Yutori Hime and Octopus are still producing: 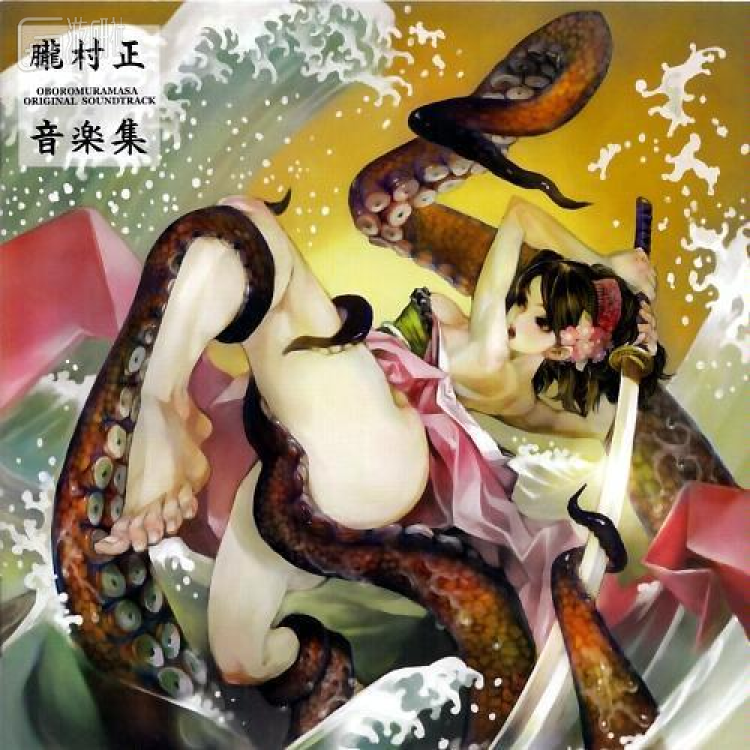 Many creators always have an unstoppable desire in their hearts to destroy and violate elegance and holiness. This kind of desire turned into a sticky octopus with eight claws in the artist’s pen, which threw himself on Yutoriji, venting the animal desires of human beings, and leaving behind the unique cultural heritage of tentacle Play for future generations.

This article is here, I don’t know if you are satisfied with it, see you in the next article.

This article is reproduced from: https://www.yystv.cn/p/9604
This site is for inclusion only, and the copyright belongs to the original author.