The game ushered in the second spring.

On September 17, when the players of “Wizard101” started the game as always, ready to enter this magical fantasy world and continue to travel, the oncoming game announcement gave all players a head-scratching drink:

“Wizard101” is an American MMORPG that has been in service for more than ten years. The cartoonish style, simple operation and extremely low threshold for getting started have made this game popular among young players.

Because of this, the foul language that appeared in the full server announcement was particularly dazzling. After all, no one thought that these vulgar words would appear in this game rated 10+.

Apparently, this was a regular hacking incident, or, in other words, it was just a self-entertainment of a wholesome nature, because the hacker, who called himself “Walter Hartwell White”, was playing the game by himself. Played a role-playing game with system notifications on the public screen.

He first pretended that his evil deeds were exposed, was detained, the system returned to normal, and even the compensation announcement was ready, but at the end he jumped out and blatantly mocked, making people completely unable to understand what this magical hacker was trying to do .

However, not long after all server players were forced to enjoy this endless clown show, the hacker’s speech finally got some eyebrows. He used two game announcements one after another to sue his work and company, pointing the finger at Wizard101’s Developer KingsIsle. 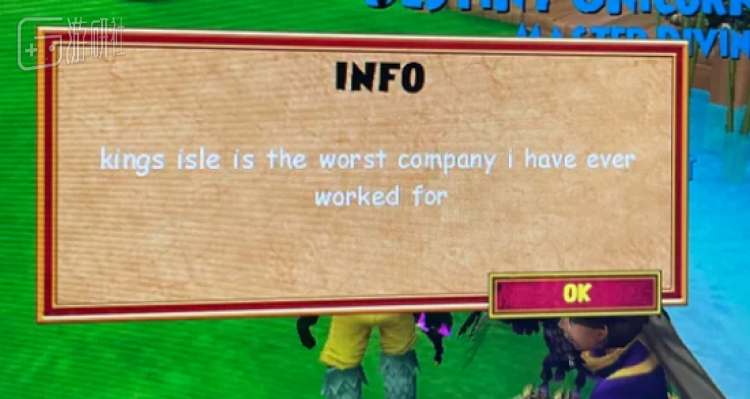 KingsIsle is the worst company I’ve ever been in

Considering that the hacker has made some of the office politics-linked remarks before, it’s hard for players not to associate it with a game developer, a work-torn employee who used this stupid form to tell the world. The script to sue his own company is on the paper.

i hate my job

Conspiracy theories have always been the content that netizens like to discuss. Although KingsIsle quickly shut down the game servers, the meme-like announcements of the game went viral among the player base. In the hearts of players, this fragrant hacker has been promoted to a great figure who resisted the company’s oppression in his own way. He won the title of “Server Dude” and became a fanart created by the players. Object. 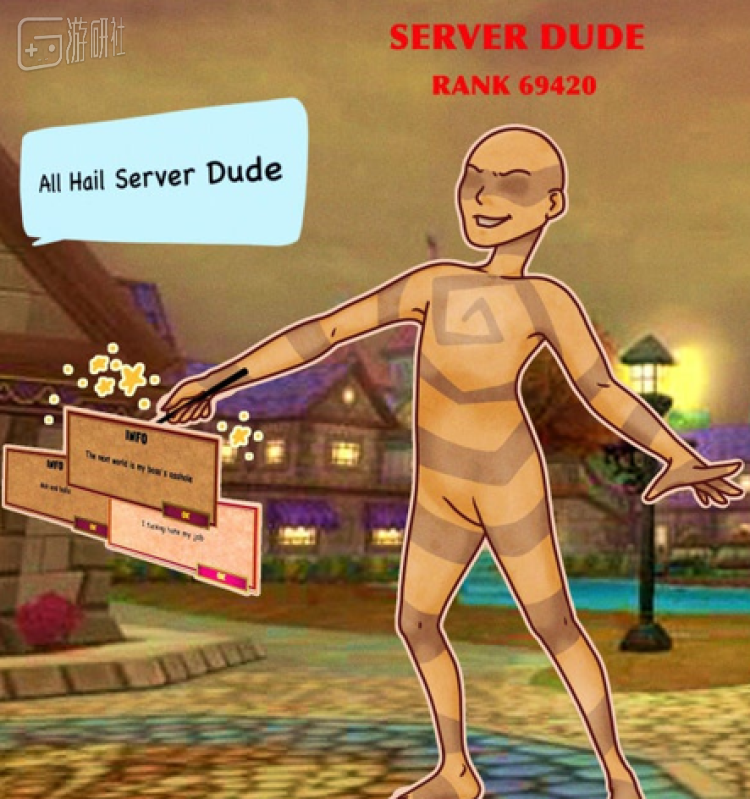 It’s just that the countless experiences of predecessors tell us that conspiracy theories are somewhat unreliable. Two days later, the server was reopened, and the official issued an official statement after finding out the truth. The statement clarified that the source of the farce was “an illegal intrusion from the outside”, not an internal KingsIsle employee as players had guessed. At the same time, they turned off the in-game system broadcast feature and added extra safety measures to ensure that something like this doesn’t happen again.

It seems that the series of announcements that appeared in “Wizard101” is just a complete show. The hackers just want to satisfy their desire to perform from beginning to end. The passers-by have gained a lot of fun, and the game has ushered in the “second spring” after a long time. ”, only the players who still love this game are played around.

This article is reproduced from: https://www.yystv.cn/p/9831
This site is for inclusion only, and the copyright belongs to the original author.