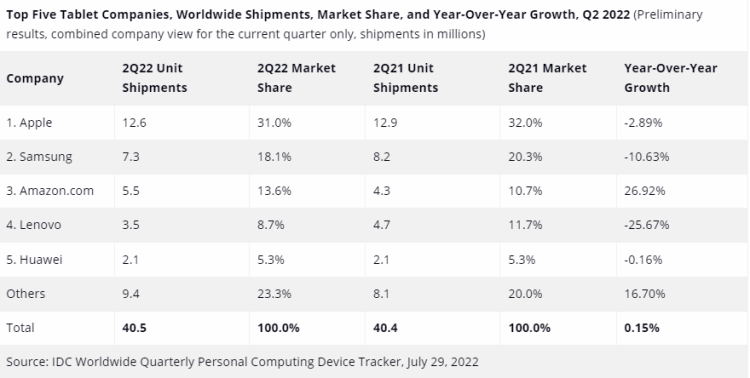 IDC said shipments in the quarter were higher than expected due to the “618” promotion in China and Amazon’s Prime Day event in the US. In addition to the above-mentioned top five brands, Xiaomi, OPPO, vivo and realme and other new brands in the tablet market also performed very well, which all contributed to the growth of the tablet market.

This article is reprinted from: https://readhub.cn/topic/8i3WTPOzN6y
This site is for inclusion only, and the copyright belongs to the original author.