“Game Raiders” is far more than just one form.

In 2019, the bamboo slips unearthed from the tomb of Liu He, Marquis of Haihun in Jiangxi recorded a board game called “Liu Bo Qi” popular in the Spring and Autumn Period and the Warring States Period. In the “chess book” of the chess formula.

Interestingly, the hot search tag of this news at the time was “The Ancient Game Strategy of the Tomb of the Marquis of Haihun”: 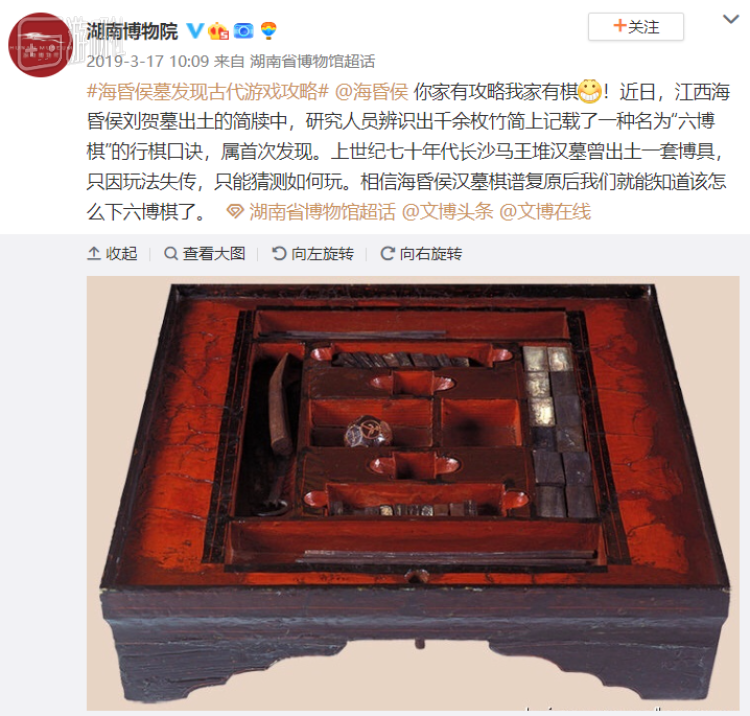 It can be seen that since the birth of the entertainment form of “game”, the “game guide” responsible for introducing rules, instructing novices, and sharing skills has become an indispensable derivative content.

With the changes in game types, media and player culture, the form of strategy is not static. In the eyes of different eras and players, it is not only an auxiliary tool for entertainment, but also a special carrier of game culture in a certain period. .


In the age when the Internet was not yet developed, players would record the game’s strategy on paper and spread it in the form of books, magazines, etc. This type of strategy would often publish some more common skills, such as the game’s main line process, props, etc. Pictorial, etc.

Prima Games, which was established in the 1990s, was the largest strategy book publisher in the United States. In order to release the strategy as soon as the game was launched, the company often signed contracts with some well-known game experts and columnists.

David Hodgson, who has written strategies for games such as The Witcher 3 and Fallout 4, is a strategy writer with nearly 20 years of experience in the industry, but being able to play unreleased games one step ahead of others is sometimes not a surprise. People are excited about things.

If drawing a map in reality requires knowledge of mathematics, geography, astronomy, and the adventurous spirit of going deep into an unknown area, then making a map strategy in a game may require excellent game level and patience to endure boring work.

David said in an interview that the process of writing a guide usually includes a 6-month work cycle, word count and typesetting restrictions, Deadline pressure, and excellent game level (usually requires completing all of the game within 100 hours). missions and levels). 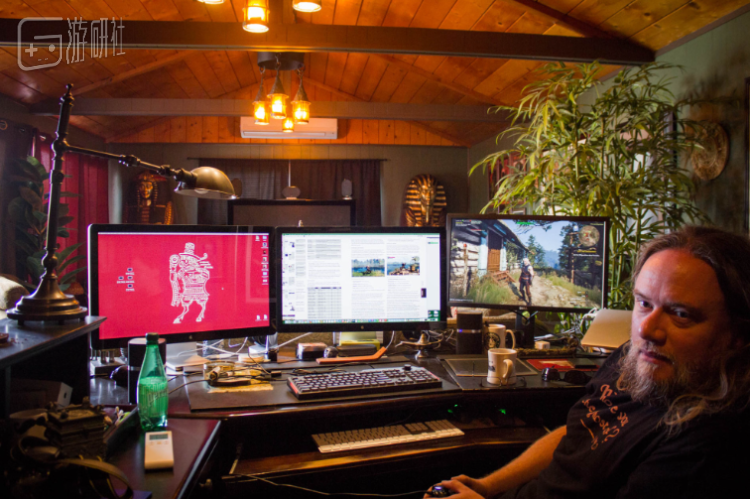 David is working on a walkthrough for the game

In order to ensure the accuracy of the guide, these authors will also use the special developer version to turn all areas of the game upside down, in order to find some hidden props. After writing nearly twenty game guides, David once lamented himself. His job has never been “playing games”, but “checking the accuracy of strategy information”.


In addition to the traditional strategy based on text, calling the hotline was also one of the ways for players to obtain strategies.

In 1987, when guidebooks were not yet popular, Nintendo’s US headquarters opened a special game guideline, allowing players to call the hotline to seek game help from professionals, and these employees who were responsible for answering questions had an official title. As a “Nintendo Game Consultant”. (Nintendo
Game Play Counselor)

The job of these consultants is to answer a variety of questions from players about the game, including but not limited to “how to defeat a certain boss”, “how to get rare equipment”, or “how to pass a certain level”.

A game consultant is at work

In order to answer players’ questions, these employees can not only get Nintendo’s new console for free at the first time, but also get the game in advance when it is released. Playing games every day and getting paid, it can be said that this was the dream job of the children at that time.

However, this type of “telephone consultant” is not as easy as it seems. It not only needs to spend a lot of spare time on clearing the game, but also needs to face the players’ vague questions. Since the phone can’t see the screen, they must quickly respond to the area described by the player and give accurate advice on the best play.

But consultants are also ordinary people after all. In order to be able to “know everything”, they will share their own game skills as notes, and over time, they will form an internal exclusive database: 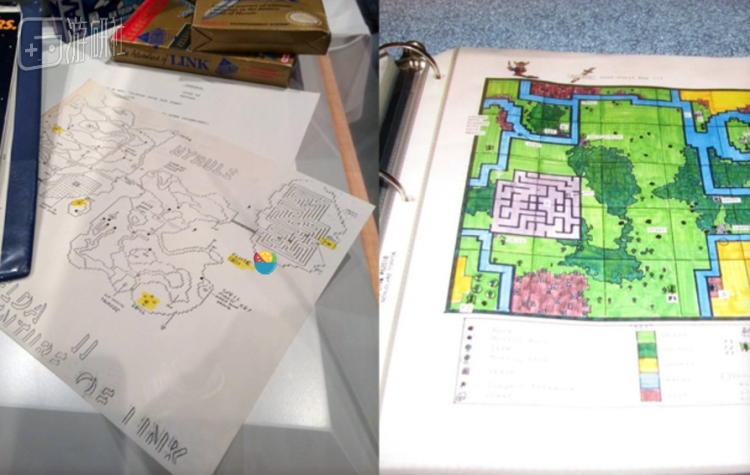 Although compared with the traditional text strategy, the telephone Q&A has the advantages of “tailor-made and the right medicine”, but faced with tens of thousands of calls for help every day, even if Nintendo expands the scale of consultants to 200 in the later stage, it is difficult to satisfy For the needs of all players, in order to make up for the cost, the hotline can only be changed to a paid consultation in the end.

After the millennium, with the development of the Internet and game forums, players can completely seek help on the Internet, and the single form of “telephone consultant” naturally lost its competitive advantage. In 2005, the Nintendo department in the United States was officially closed. this hotline.

An advertisement for a consultation hotline at the time


If in the early days of the Internet, the form and function of guides were similar to those of the paper media at that time, then in the era of self-media, domestic game guides may have evolved into a more strange form – “academic research type”.

As we all know, when a player starts figuring out how to deal the most damage in a game, that’s usually when his brain turns the fastest… Whether it is the probability of drawing cards, the damage bonus of buffs, or the restraint logic of attributes, many strategy writers have brought the spirit of curiosity in the classroom to the game.

For example, players with Diablo 2 try to use the Poisson distribution and the binomial distribution to simulate the shipping probability of the “bet equipment” gameplay in the game. And calculating the shipping probability is just an appetizer for these “academic players”. When they really start the damage bonus of various Buffs in the game, you will realize what it means to “turn the strategy into an academic paper” .

If you enter the Genshin Impact section of NGA, you will see this scene in the Raiders area: Since the mechanism of affecting damage in the game is relatively complex, the hardcore players have divided their work and cooperated, and jointly compiled a complete set of strategies for calculating the damage of Genshin Impact, or it can be said to be a “full set of teaching materials”.

From the calculation of the damage formula to the mechanism test of the element response, not only numerical analysis, statistics, probability theory and other knowledge are used, but the authors of the strategy also attached complete statistical charts and text descriptions: 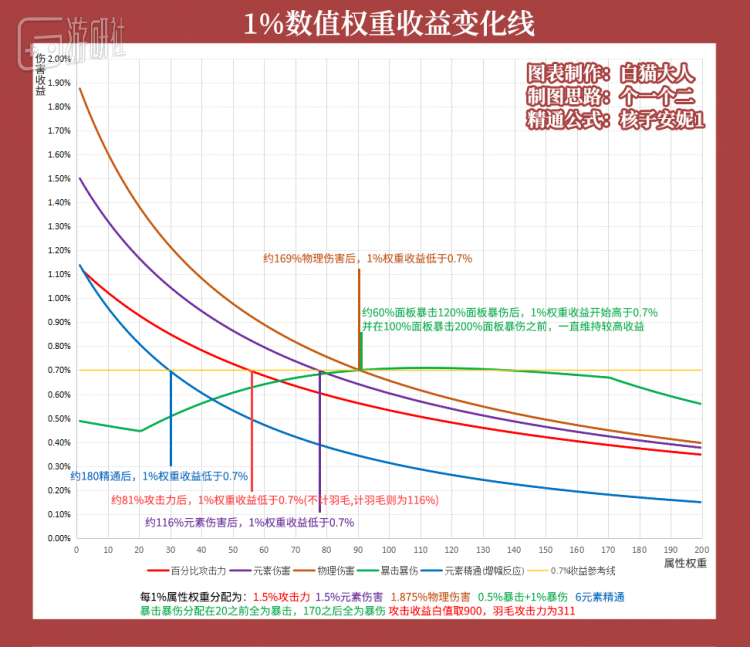 And the same strategy logic also appeared in the player circle of “Elden’s Circle”. For example, the Valkyrie Malenia in the game is a very difficult late-stage boss, and her special move “Water Bird Flurry” has become a nightmare for handicapped parties due to its high damage and great judgment.

How to dodge this move? Some players found that using the props to form a curling pot can interrupt the casting of the spell during the pre-swing stage of the boss’s move, so as to easily skip class:

However, some people soon realized that the interruption effect of the curling pot was sometimes not working. After repeated tests, it was found that the element resistance of the boss would increase with the number of attacks received. After the first few times were interrupted by damage , the increased resistance will reduce the damage of the next attack, causing the attack action to no longer be interrupted.

So the question is, how to accurately calculate the number of curling attacks that will be blocked by the Boss’ elemental resistance?

Real hardcore players will obtain the basic information of props by unpacking the game files, and then monitor the resistance changes of the boss through auxiliary software such as modifiers. Sex will exceed the item’s status accumulation value, so the third curling can never interrupt the Valkyrie’s attack. 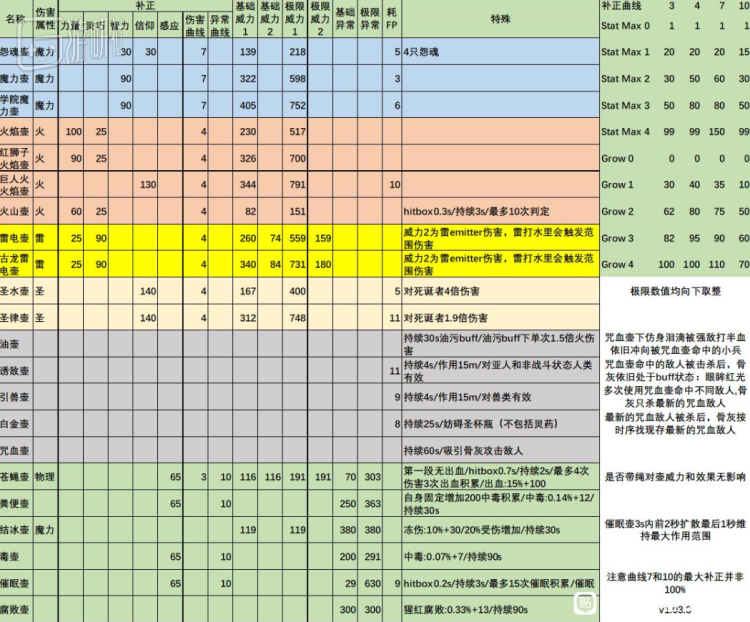 In order to make the argument more convincing, someone also used Excel to make a table of the properties of all the props

And this is another trend of “game strategy” now. It is not enough to conclude that “Boss is immune to the third item damage”. For academic players, by discovering basic data and repeatedly testing, the final The process of inferring damage numbers is obviously more appealing.

Nowadays, any player can publish their own summary of the strategy experience, which also brings a more obvious personal style to the content carrier of “game strategy”.

Hardcore players want to prove the optimal solution of a certain boss or level through rigorous calculations; salted fish players will share with you a guide to receiving the benefits of “sweeping official wool”; casual players are more inclined to teach some such as “game photography skills” Or knowledge like “how to restore an in-game recipe”. This is probably the reason why Raiders, a unique form of game creation, has continued to this day.

This article is reproduced from: https://www.yystv.cn/p/9552
This site is for inclusion only, and the copyright belongs to the original author.