According to Bloomberg, Apple plans to delay the release of the official version of iPadOS 16 to October this year, which means that iPadOS 16 will not be released in September with iOS 16. In iPadOS 16, Apple has added a new multitasking function, Stage Manager, which provides a Mac-style multi-window multitasking management experience. 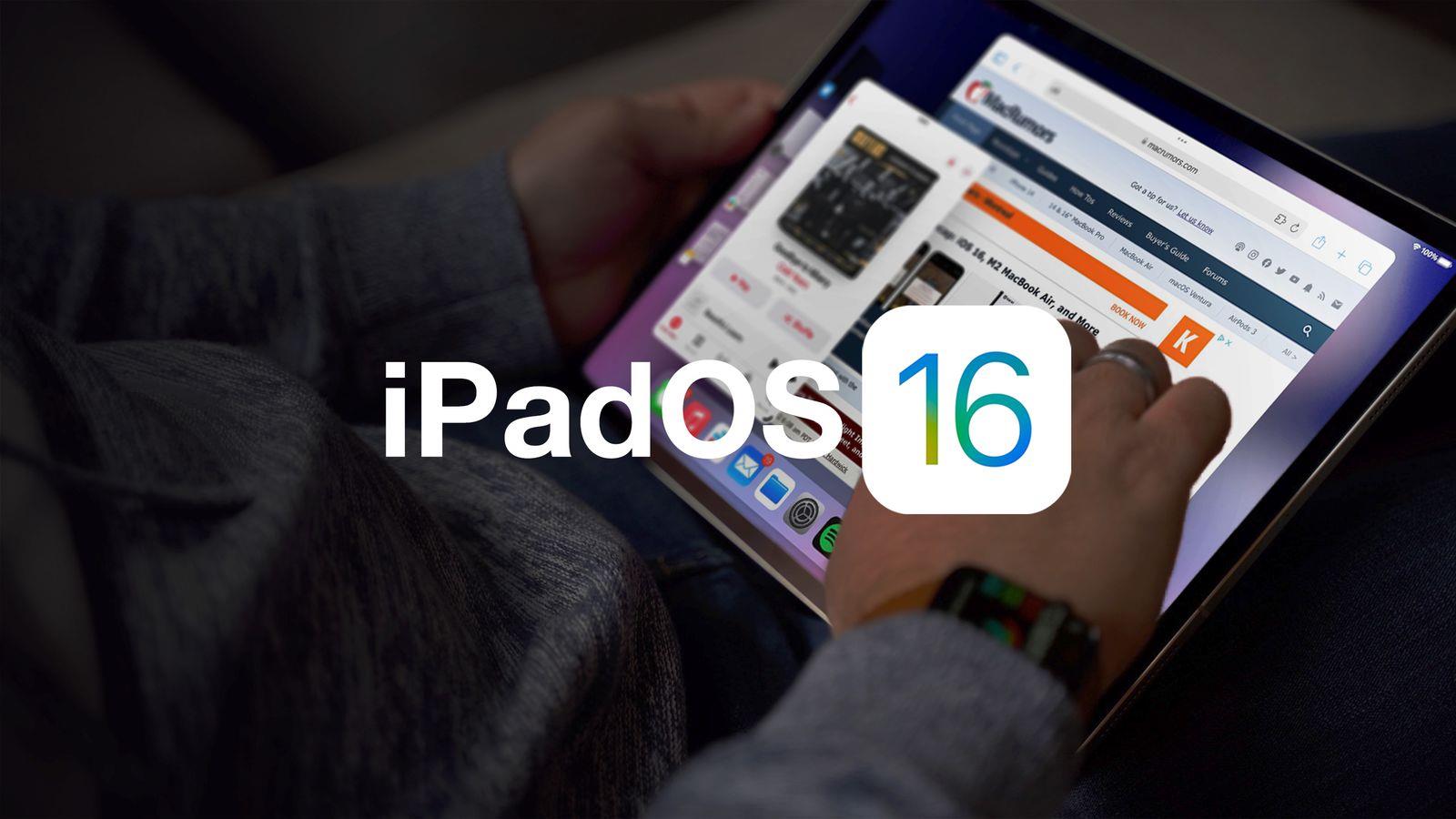 Apple split iOS in 2019 into iOS for iPhones, and iPadOS for iPads, and iPadOS has been released at roughly the same time as iOS since then. This iPadOS 16 delay is the first time that iOS and iPadOS cannot be launched together. (Source: MacX)

On August 3, according to foreign media reports, three current and former employees revealed that Tesla has developed its own recruitment software to recruit employees. The move is aimed at lowering recruitment-related costs and reducing reliance on external suppliers.

With its own recruiting software, Tesla can find and hire employees without paying other recruiting firms like Oracle, SAP and Avature.

Tesla’s workforce has grown substantially in recent years as vehicle deliveries have increased. According to foreign media reports, last year, the number of Tesla employees increased by 28,533 to 99,290. (Source: TechWeb)

On August 2, Israeli lidar company Innoviz announced that it will provide lidar hardware and supporting software to CARIAD, a subsidiary of Volkswagen Group, with a total transaction price of US$4 billion (about 27.04 billion yuan), and delivery is expected to begin in 2025. 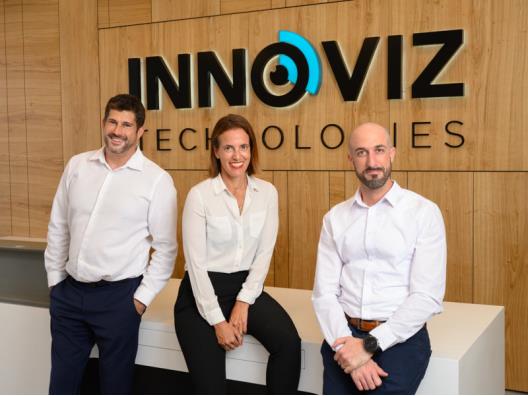 Industry insiders believe that for Innoviz, direct supply to Volkswagen as a Tier 1 is a completely new business model. Previously, Innoviz’s BMW order was completed through cooperation with Tier 1 Magna.

Founded in 2016, Innoviz was selected by BMW as a lidar supplier in 2018 and listed on Nasdaq in the United States through a SPAC in April 2021.

On August 3, according to Reuters, the Indian Revenue Intelligence Service also claimed to have discovered vivo’s tax evasion, involving a value of 22.1 billion Indian rupees.

According to reports, the Indian authorities have issued a reasoned notice to vivo India. vivo has not yet responded to the allegation. In July this year, India also searched vivo’s offices and blocked 119 bank accounts related to vivo’s India business and its affiliates. These accounts were unfrozen a week later. (Source: Pingwest)

Last week, the US House of Representatives passed the “Chip and Science Act” (hereinafter referred to as the “Chip Act”), which will subsidize tens of billions of dollars in incentives for new chip factories in the United States. The bill was originally planned to be signed by the President of the United States on Tuesday, but the signing of the chip bill has also been delayed due to Biden’s nucleic acid test being positive again, and there is no clear time to announce it.

The industry is worried that after the chip bill is signed and implemented, it may force chip manufacturers such as TSMC to choose between China and the United States, which will adversely affect the future diversification of enterprises.

The chip bill, which subsidizes the semiconductor industry up to $52 billion, stipulates that companies receiving subsidies will be restricted from conducting major transactions in China and elsewhere for the next decade, which means that if companies want to produce production outside the United States Expansion will be limited.

Beijing time on August 4th news, the US Senate introduced a new bill, it wants to make the Commodity Futures Trading Commission (CFTC) the direct regulator of cryptocurrencies.

The bill will give the CFTC exclusive jurisdiction over bitcoin and ether, the two most popular cryptocurrencies, and other crypto products identified as commodities are also under the jurisdiction of the CFTC.

Not only that, businesses offering cryptocurrency platforms need to register with the CFTC, including brokers, custodians and exchanges.

Proponents argue that the current fast-growing cryptocurrency market is only regulated by a bunch of state-level rules and regulations that are not efficient enough to prevent fraud. (Source: Sina Technology)

Nezha Auto officially announced on August 3 that Nezha Auto and BlackBerry have officially established a partnership. In the future, the two parties will accelerate the application of intelligent technology in car driving and car cockpit scenarios. 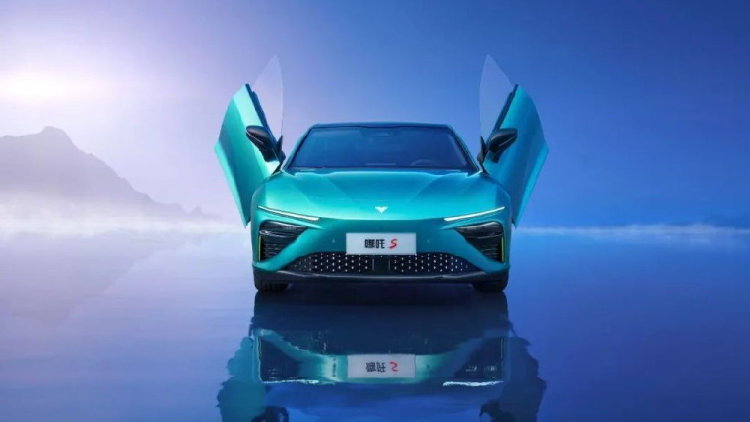 According to the content of the cooperation, Nezha S will be equipped with the BlackBerry QNX system, a sports smart coupe owned by Nezha Auto. Among them, the Nezha S cockpit uses the highly reliable QNX® Neutrino® RTOS and QNX® Hypervisor, which can perfectly support and expand various applications of the super-sensing interactive cockpit.

The harm of new crown long-term disease is becoming more and more “Nature”: the risk of heart disease increases by 20 times

The international scientific journal Nature published an article on August 2 that studies have shown that even in the months after the new crown infection is cured, the risk of developing cardiovascular problems, such as heart attack, stroke, etc., will be high. In a study in Nature Medicine, researchers used data recorded by the U.S. Department of Veterans Affairs (VA) to estimate the frequency of cardiovascular problems caused by Covid-19, comparing 150,000 VA records of recovered patients with uninfected peers. Ziyad Al-Aly, an epidemiologist at Washington University in St. Louis, led the study.

The study found that within a year of being infected with the new coronavirus SARS-CoV-2, this group of people has a significantly increased risk of cardiovascular disease, including potentially serious problems such as heart disease and stroke. The researchers caution that these complications can even occur in people who appear to have fully recovered from minor infections.

For critically ill patients admitted to the ICU, the risk of cardiovascular problems increased significantly in the subsequent year. Conditions such as swelling of the heart and blood clots in the lungs put these patients at least 20 times more likely to develop the disease than their uninfected peers. 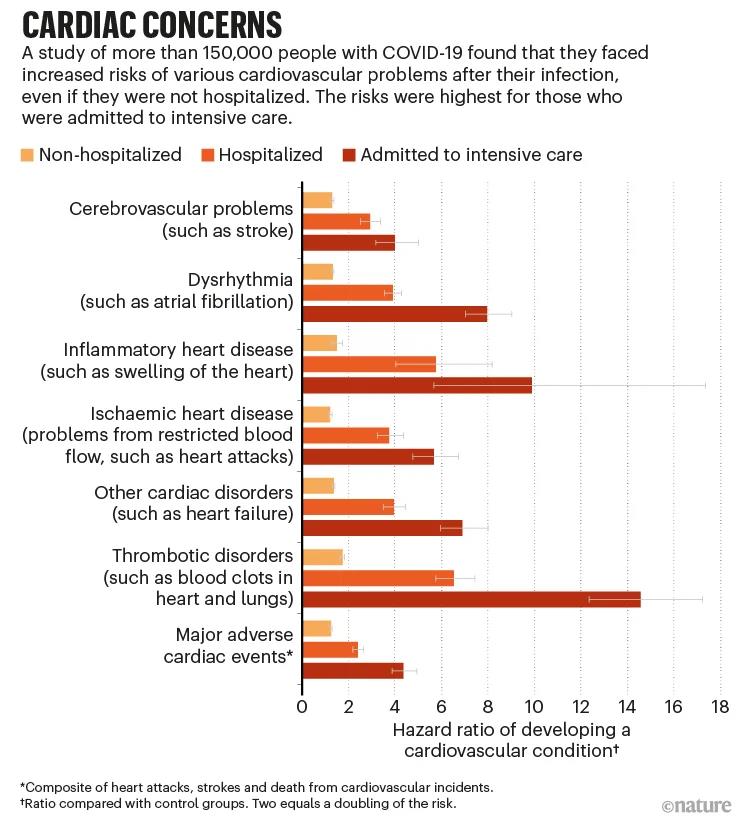 Al-Aly said there was growing evidence that contracting the virus could permanently alter the health of some people. These changes fall into the category of acute COVID-19 sequelae, which also include long-term COVID symptoms.

On August 3, the latest Fortune Global 500 list was released.

The combined operating income of the Fortune Global 500 companies this year is approximately US$37.8 trillion, a sharp increase of 19.2% over the previous year (the largest increase in the history of the list), equivalent to two-fifths of global GDP that year, Close to the combined GDP of China and the United States. The threshold for entry into the leaderboard (minimum sales revenue) also jumped from $24 billion to $28.6 billion.

Walmart was the world’s largest company for the ninth year in a row, Amazon rose to No. 2 and China’s State Grid Corporation came in at No. 3. PetroChina and Sinopec ranked fourth and fifth respectively. Volkswagen (No. 8) overtook Toyota (No. 13) to regain the title of “world’s largest automaker”.

In terms of profitability, Saudi Aramco topped the list with a profit of about $105.4 billion. Apple came in second with a profit of more than $94.6 billion, and Berkshire Hathaway came in third with a profit of about $89.8 billion. Google’s parent company Alphabet and Microsoft ranked fourth and fifth respectively, with profits exceeding $60 billion. The three major Chinese commercial banks of industry, construction and agriculture continued to rank among the top 10 in the profit list, of which the industrial and commercial bank’s profit was as high as 54 billion US dollars.

This article is reprinted from: https://www.geekpark.net/news/306075
This site is for inclusion only, and the copyright belongs to the original author.