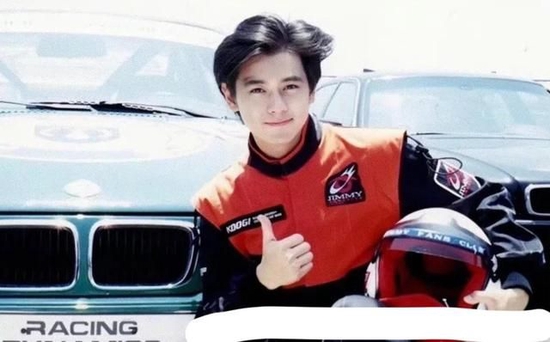 He is still in a coma with a fractured face, a comminuted fracture of the humerus in his shoulder, and a minor brain injury.

Prior to this, he was driving a Tesla Model X, just after turning his head, he hit the isolation belt and instantly caught fire. 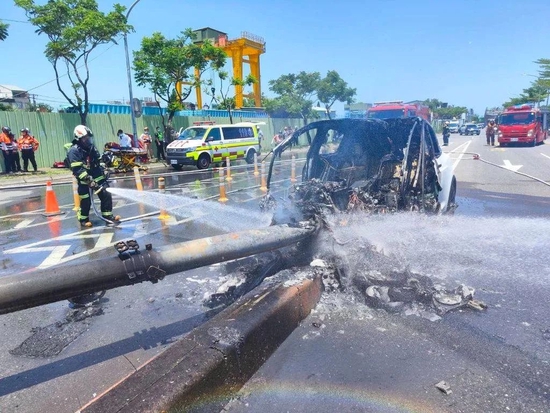 The raging fire burned, the front of the car was burned to scrap metal, and finally only the rear half of the body was left.

What the hell is going on?

Video footage shows the white Model X making a slow U-turn at the intersection, then driving along the straight.

While driving forward, the car gradually deviates from the lane to the right.

Immediately afterwards, it suddenly hit the isolation belt, and then a fire broke out.

Fortunately, there were enthusiastic passers-by who rescued in time and dragged Lin Zhiying and her son out of the car; and an ambulance happened to pass by the road.

According to the rescuer’s recollection, after the accident, before the people in the car were pulled out, an explosion began to be heard from the front of the car, and the fire gradually expanded.

Even more frightening, he mentioned that the fire spread to the driver’s seat within 5 seconds after the two people were rescued. 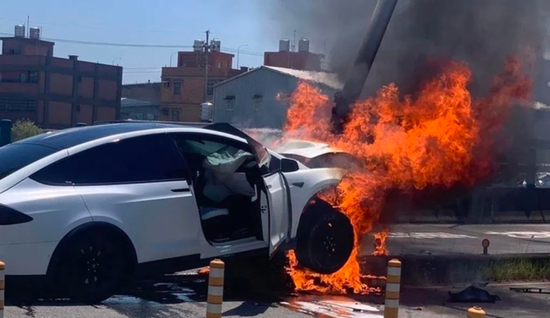 According to the latest news, Lin Zhiying is still in a coma and is currently under observation in the intensive care unit, and will undergo a new round of surgery.

The current known injuries are that Lin Zhiying suffered a facial fracture, a comminuted fracture of the humerus of the shoulder, and a minor brain injury; Lin Zhiying’s son was frightened and suffered only minor injuries.

Another doctor revealed that Lin Zhiying is currently not in danger of life, but due to the severe impact and the damage to the face and shoulder bones, the chest cavity and abdomen should be continuously observed.

After the incident, firefighters rushed to the scene immediately to put out the fire, and the front of the car was burned to only the skeleton.

It is worth noting that the car caught fire again when it was towed up, and the on-site personnel had to keep spraying water to cool down. 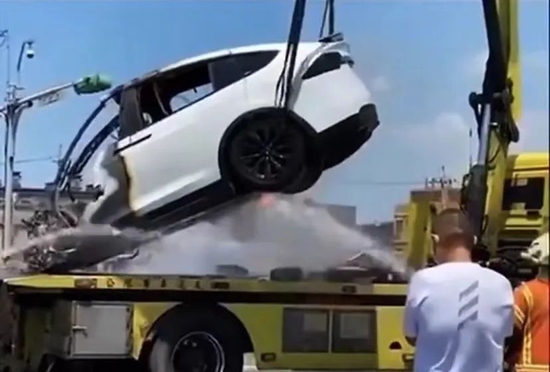 For this accident, Tesla’s response was:

The cause of the fire cannot be confirmed for the time being. In case of an emergency, the main and co-pilots have a mechanical door opening device, which can be forced to unlock the door in the event of a power failure, and the rear passengers can escape through the trunk.

Regarding whether the body has flammable materials, Tesla customer service said:

No matter what brand of car, this extreme situation will be considered, and regular vehicles will not have particularly flammable materials.

Then a reporter called Tesla’s public relations department, who said “it’s inconvenient to answer the phone right now”, and then hung up the phone.

The accident is so serious, who is to blame?

Who is the culprit in this serious accident?

There is no very conclusive information yet, but according to the police investigation, Lin Zhiying is suspected of not paying attention to the situation in front of the car, which caused the accident; the word used by the Taiwan news media is-Lin Zhiying self-collision. 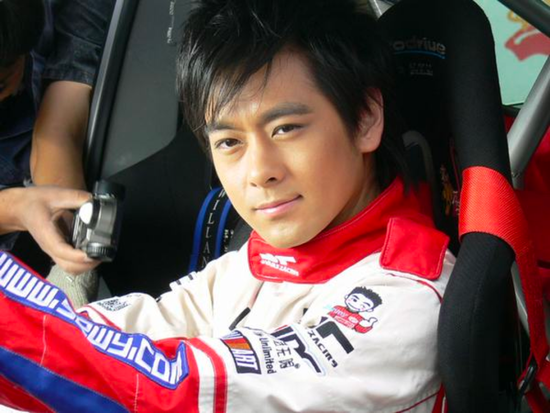 The master who participated in the rescue at the scene said in an interview that “Lin Zhiying did not wear a seat belt”.

Regarding the point of tying seat belts, car reviewer @陈振 also put forward a similar point of view when the accident was first exposed:

There is a high probability that he lost his mind during the accident, and it seems that he hasn’t fastened his seat belt yet depending on the injury…

There are many doubts, but the points that can be made clear at present are as follows:

First of all, as a professional racing driver, Lin Zhiying’s driving level is beyond doubt, so it has nothing to do with the driver’s driving skills.

Secondly, judging from the video, the driving speed is not fast, and the co-pilot is sitting on the son, so there should be no speeding or drag racing.

And Lin Zhiying’s elder brother Lin Zhijie also said in an interview, “Actually, the speed is not very fast. No one knows why.”

Then there is the clear determination by the police that Lin Zhiying did not drink and drive, so it is not involved in the accident caused by drunk driving. 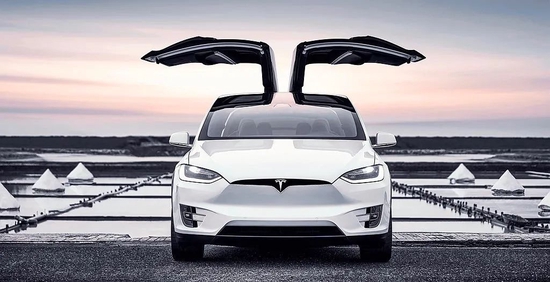 So the question is, can Tesla get rid of it?

Many netizens have issued a series of questions because of Tesla’s “record”, focusing mainly on two aspects: automatic driving and battery safety.

For example, some netizens speculated that Lin Zhiying opened Autopilot: 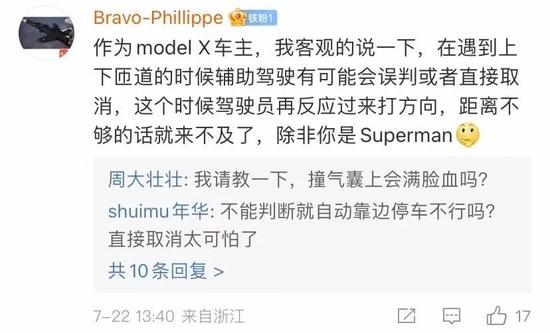 In addition, Lin Zhiying has previously expressed that he “trusts automatic driving a lot”, so netizens will naturally attribute this.

What do you think? Are there any technical issues of concern?

This article is reproduced from: http://finance.sina.com.cn/tech/csj/2022-07-23/doc-imizirav5085946.shtml
This site is for inclusion only, and the copyright belongs to the original author.