The day after the 85th anniversary of the “July 7 Incident” – on the morning of July 8, 2022, when former Japanese Prime Minister Shinzo Abe gave a speech in Nara for the Senate election, the suspect fired two shots from the back with a shotgun and was shot to the ground. , was rushed to the hospital and was pronounced dead after being rescued.

In 2006, Abe became Japan’s youngest postwar prime minister, but resigned a year later due to illness. In December 2012, he won the general election and became prime minister again, returning to the peak of power. At the closing ceremony of the Rio Olympic Games in 2016, Abe transformed into Mario (Super Mario) and appeared on the “Tokyo 8 Minutes” program at the closing ceremony of the Olympic Games, which was one of the highlights of his life. In August 2020, Abe resigned as prime minister again for health reasons, becoming the longest-serving prime minister in Japanese history.

Due to the historical reasons between China and Japan, in recent days, there have been a lot of comments on the domestic Internet that “celebrate” Abe’s assassination. Some businesses even offer “feasts”, “discounts”, “buy one get one free”, and “hold a mourning hall electronic music party”. Public promotion in name! …such people naturally have the freedom to celebrate, but I personally don’t think it’s appropriate! 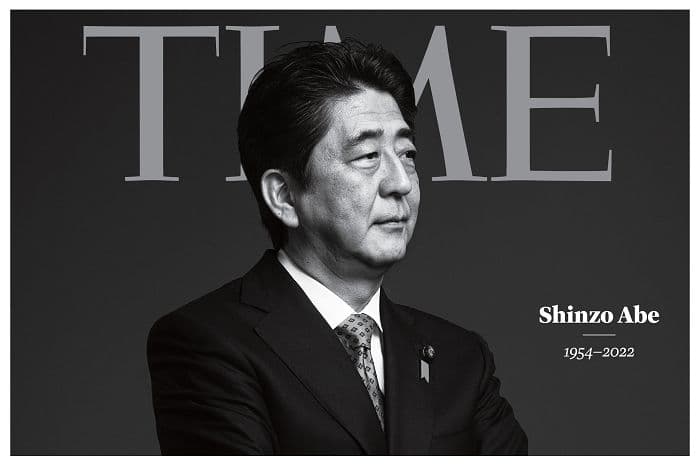 Although I strongly oppose some of Abe’s political propositions: upholding a tough stance on Sino-Japanese relations, visiting the Yasukuni Shrine in 2013, denying Japan’s war crimes many times and making excuses for it, advocating to amend the Japanese constitution and attempting to lift the ban on the Japanese Self-Defense Forces, The claim of sovereignty over the Diaoyu Islands (Senkaku Islands), as a “pro-Taiwan faction” of Japan, openly clamored: “If there is something in Taiwan, it is the same as if there is something in Japan.”

However, the Chinese official said in the condolence message that “the former Prime Minister Abe has contributed to the improvement and development of Sino-Japanese relations”, and he did indeed make substantial contributions to the recovery of Sino-Japanese relations during his tenure. The Japanese government has decided to hold a state funeral for Abe on September 27.

I think that any form of terrorist violence should not be encouraged. We are human beings, we are emotional animals, we have flesh and blood, and we have empathy. We saw the photos of Abe being rescued after he was shot and fell to the ground, and Abe’s mother—— The 94-year-old Yoko Abe was stunned when he learned that his son was shot, and then burst into tears at the news, comparing his heart to the heart, the white-haired person sends the black-haired person, wouldn’t it feel uncomfortable as a normal person?

For the current Japanese Prime Minister Fumio Kishida, it is extremely beneficial to it. After Abe’s death, as the current largest faction in the Liberal Democratic Party, the “Qinghe Policy Research Association” has no leader and is in a state of division. Kishida can win a group and suppress a group in order to better implement his policy in office. But in terms of foreign policy, it basically follows Abe’s approach: militarily guarding against and besieging China, and continuing to cooperate with China economically. Abe’s death is not necessarily good for China, it may be worse…

This article is reprinted from: https://meledee.com/2022/07/4047.html
This site is for inclusion only, and the copyright belongs to the original author.