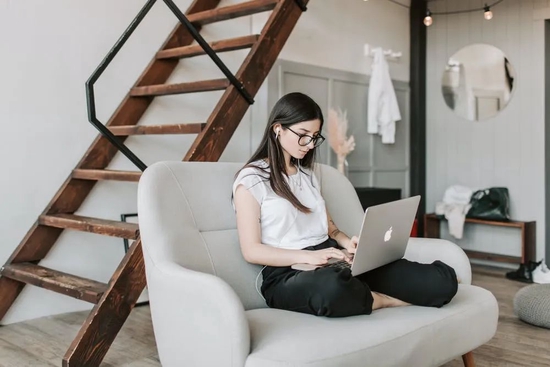 Fashion is a cycle.

The content of domineering presidents, sweet pet love, time-travel and other themes seems to be reincarnated in generations of young people.

From the once popular paper magazines and online articles, to TV series and online dramas, and then to the current short videos and short dramas, the content and media form have changed successively.

In various popular cultures, “Shuangwen” may be regarded as one of the most popular cultural needs. The dual stimulation of sensory and spiritual makes users indulge in illusory pleasure and enjoy it.

In 2021, short dramas will explode as a new content form on long and short video platforms, and the “Bosses” will find a new host and start a new round of traffic harvesting.

“Short dramas” follow the production method of TV dramas and show them to users in the form of episodes. In terms of duration and content, they integrate the characteristics of fragmentation and traffic flow of short videos, catering to the new content consumption trends of current users.

However, the sudden explosion of the content form of short dramas has also exposed the content dilemma of both long and short videos.

In the past year, it is self-evident how difficult the situation of long video platforms is, and it is also far away to turn losses into profits in the future. Layoffs and member price increases have become its most direct and rude means of reducing costs and increasing efficiency, and the high content cost of the entire film and television industry is the fundamental dilemma that makes long videos difficult to make profits. Short dramas may be regarded as the long video industry based on A new breakthrough in content.

A short drama producer said that the production cost of an A-level short drama is between 1.3 million and 1.5 million. Taking Youku as an example, the cost of platform-customized short dramas is 4 million to 10 million. Platform customization is mainly Out of the pursuit of content quality. For the output of most MCNs and small and medium-sized film and television companies, the cost is as low as several hundred thousand.

It can be seen that this is incomparable with the cost of tens of millions or even hundreds of millions of traditional long videos such as online dramas and movies. The long video industry is in need of a new approach that is quick and low-cost to achieve its cost-saving and growth. effective purpose.

For short video platforms, they have long been in the mode of imitation, remake and hot spots, and the phenomenon of user aesthetic fatigue caused by content homogeneity has become more and more prominent. In addition, new users have peaked, and short video platforms are also accompanied by “content anxiety”. “. Short video platforms need more high-quality original content to enhance user stickiness.

The episodic feature of short dramas is different from the purely visually stimulating content such as short video platform “dressing up”. In other words, it has become a breakthrough channel for short video content to increase its dimension.

In addition, this is also an exploration of the development of a new monetization model for short video platforms. Now Douyin and Kuaishou have opened the short-play payment model, just like the “advance on-demand” of the long-video platform. This model also reveals the short-video platform’s ambition to squeeze the payment of long-video members.

However, long and short video platforms have entered this track one after another. In the final analysis, it is still a competition for users and user time. The two sides have started a head-to-head game based on “content”.

Short dramas are regarded as a “new track” by practitioners in the video industry. Most of them are concentrated in 2-10 minutes per episode. The plot advancement shows the characteristics of many reversals, intensive plots, and fast rhythm, which avoids the procrastination of many domestic TV dramas. Pain points.

However, there does not seem to be anything novel about the theme of the short drama, and it is also the “oldest three” to harvest young people. According to the data disclosed in the 2021 annual report of the Youku content open platform, in 2021, the content of the micro-short drama industry will be dominated by urban youth puppets, costume romances, urban emotions, and bloody counterattacks. 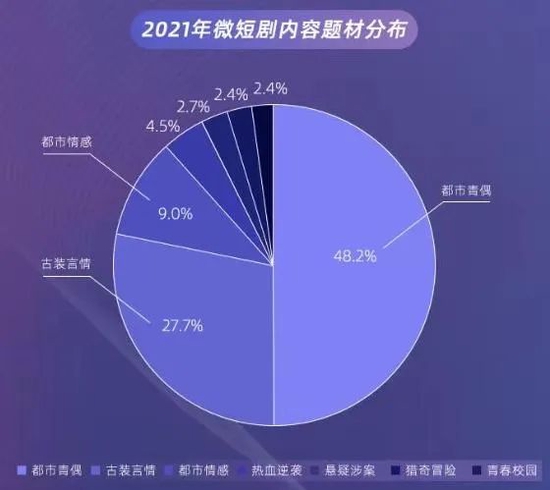 Romantic sweet pets hold up the whole day of the short drama. And the plots of these contents also cannot escape the old-fashioned routines such as the domineering president falling in love with me, the diaosi or Cinderella counterattack, and the experience of modern people crushing everything after crossing.

Just like the psychology of most users, “Although I know this is dirty, I just love to watch it”, which may be the main reason why this type of content is enduring.

Now that the long video platform is opened again, a strong wind of sweet pets strikes, and its cover is exactly the same as the catalogue of the previous online novels. 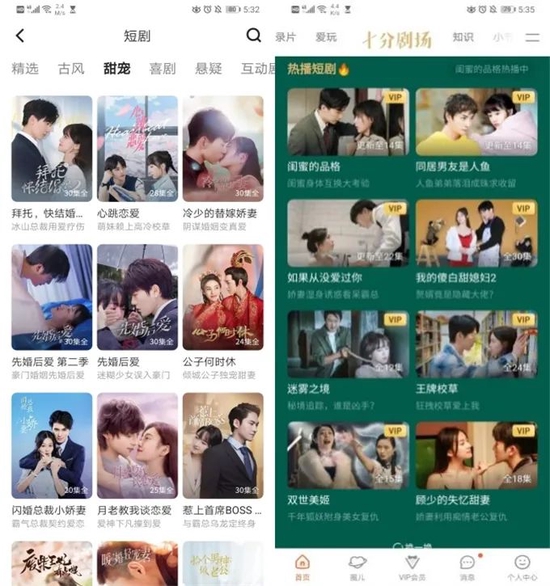 However, this is actually a two-way choice for the platform and the user. The platform wants to attract young users, and naturally it also has a certain emphasis on content.

“Shuangwen” will never go out of style, and many viewers and readers even regard this as a “good medicine for decompression”. Users are addicted to fictional plots, like real-life anaesthetics, and at the same time intensively stimulate users to secrete dopamine in various happy transitions, Shuangwen and even today’s video presentations are the same routine.

“I don’t seem to feel anything after watching it. But I was very curious when I was chasing it, and I wanted to watch it after watching it. Plus, each episode was very short, so I wanted to watch it all in one breath.” A viewer of the short drama said. No need to think, biased towards sensory stimulation, no nutrition. The presentation characteristics of the skit follow the attribute of “time killer”.

The script of the short drama is also mainly from the past IP novels, and the industry seems to be staging a video copying competition of Internet IP.

An insider of an online text company said that in the current tide of IP adaptation of short dramas, because the company has a lot of IP resources, they not only have copyright cooperation with video platforms, but also began to expand the production of short dramas themselves. In addition, IP copyrights will be sold to content producers such as film and television companies.

The characteristics of short dramas are low cost, short shooting period, and low risk of trial and error. Adapting the script through IP further minimizes the cost and risk.

First of all, the Internet IP has accumulated some fans of novels, and it has been tested by users, and at least part of the box office can be guaranteed. The other is the reduction of cost and time period. “Many short drama production companies do not support screenwriters. In addition to saving costs, many IP providers already play the role of screenwriters,” said the person from the above-mentioned online text company.

“Like our company’s professional short play screenwriters, they can change five books a month on average. The short play is mainly for the younger market, and we know what the audience wants to watch with years of experience in the operation of online texts. Screenwriters in the traditional film and television industry are not very good. Being able to adapt to the adaptation needs of short dramas, it is difficult to grasp the points that should be highlighted.”

It can be seen that due to factors such as cost and risk, IP adaptation of short dramas has become more and more common. The Shuangwen novels in the Internet era are also being reborn in the form of short dramas.

There are so many who enter the game, but few who leave the circle.

While the content of the episodes is shortened, it seems to follow the fate of rapid iteration of short videos and difficulty in becoming popular. The content presentation of the current skits mainly pursues the sensory stimulation of users, and the artistry is obviously not enough, which can be described as insufficient aftertaste.

Therefore, it is difficult to cause phenomenal explosions.

The short drama has a strong fictional color, focusing on the pursuit of the pleasure of “chasing the drama”, but after watching it, there is no more text, and it is difficult to cause a large-scale discussion. In 2021, the number of short dramas in Douban will only account for 7.8%.

This also determines that the short dramas of the long video platform pay more attention to content production.

The short video platform, because of its dependence on traffic and talents, focuses on highlighting “people”. Users of short video platforms are not very willing to pay based on content, and the account-sharing model is not mature enough. Therefore, many MCNs do short dramas to create celebrities or perform short dramas through celebrities. The purpose is to cultivate talents and accounts. Goods cashed. 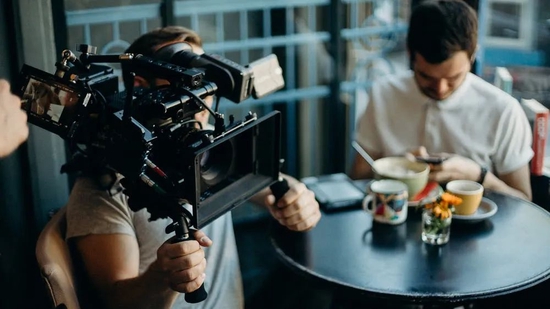 However, this also puts forward requirements for the continuous output of content. Between the input and output ratio, the monetization model of short video platform short dramas seems to be slightly inferior, and the industry is still in a period of hesitation.

If you want to increase the willingness of users to pay, you have to implement the content after all. Paying to watch short dramas, many users always feel “almost interesting”, which is closely related to the excessive pursuit of even sensory stimulation in short dramas.

Although it is in the early stage of development, the phenomenon of the homogenization of short plays and the uneven level of content production has become very obvious.

The short dramas dressed in the new content format also follow the familiar style of the domestic TV drama industry, that is, romance and other cool themes as the starting point, so as to attract young audiences at the lowest cost.

Generation after generation of viewers, with the growth of age and social awareness, began to abandon those cool dramas that are now considered to be less nutritious. Some people fled and some rushed in. The “overbearing presidents” ushered in a new life with a new generation of young people.

This article is reproduced from: http://finance.sina.com.cn/tech/csj/2022-04-18/doc-imcwipii5054687.shtml
This site is for inclusion only, and the copyright belongs to the original author.