At the beginning of June, I went to Chicago to attend a small industry conference, which is not even a conference. It was an audited workshop for a week. The participants were all Ph.D. or post-doctoral fellows. There were more than 30 people in total. Half were from local schools and national laboratories in Chicago, and the other half were mostly from UC, Cornell, Georgia Tech, and MIT. The professors who lectured are the second generation of cattle from the industry giants group. They are all young and middle-aged leaders who have made some achievements and established a firm foothold.

The boss said that it would be very good and let me go. When I signed up, I said that the meeting would cover accommodation and travel expenses, so I signed up. I didn’t have any hope to participate, but I was very happy to receive the notification. After a closer look, I only reported half of the travel expenses. The accommodation is the arranged UIC school dormitory, a quadruple room, and a small room is provided. It was hard because I wanted to bring my newly married husband, but we had no choice but to drive eight or nine hours and stayed in a hotel outside of Chicago. 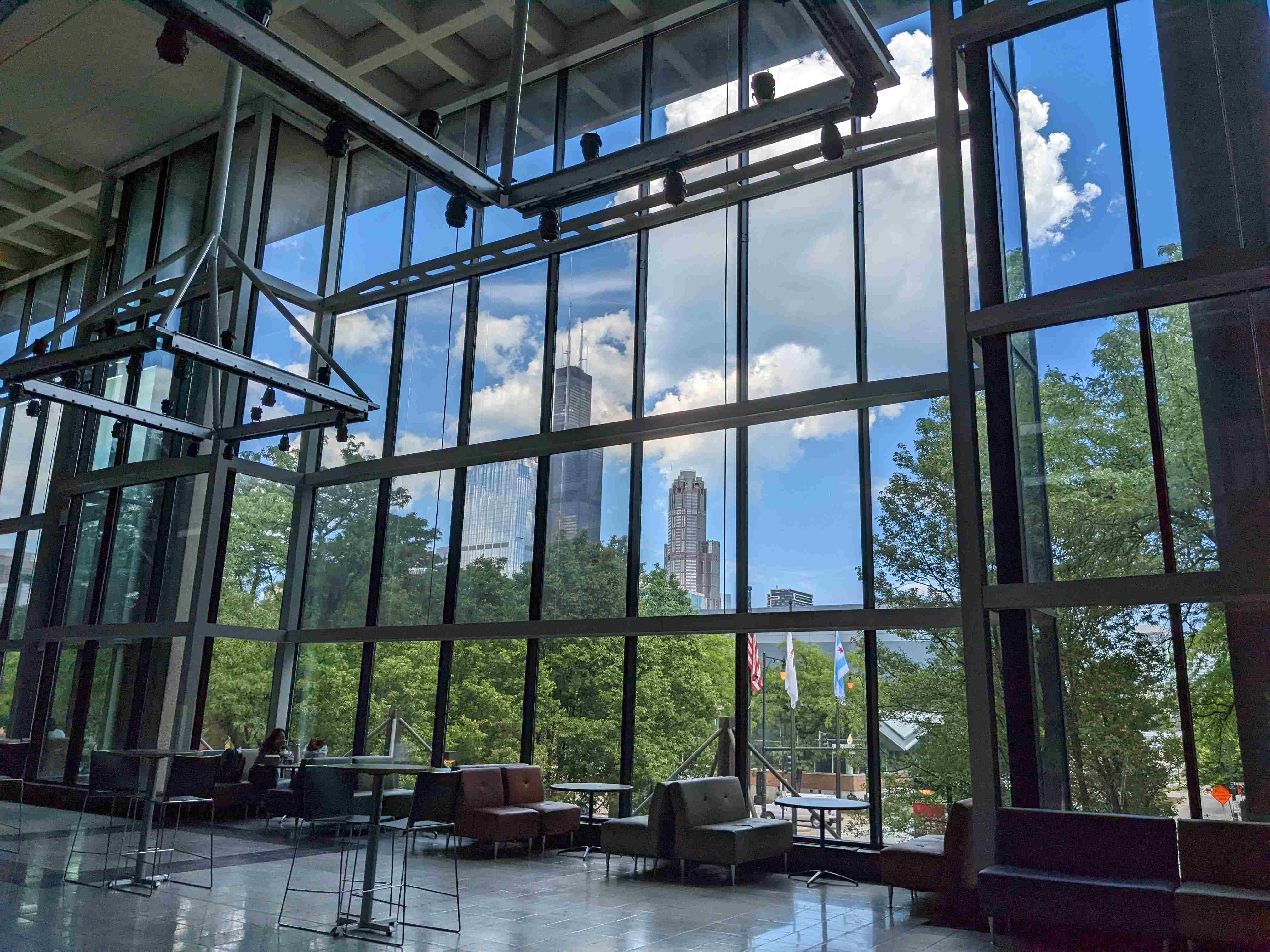 It was agreed that it would only take 30 minutes to drive from the hotel to the meeting place in the city center, but every morning there was a traffic jam… I moved for more than an hour. So getting up at 6:50 every day is really a little tired. This host has a lot of work to do, not only nods before the lecture, but also has a “group discussion” until five or six o’clock every day after 3:30 in the afternoon. On the last day, he has to hand in two pages of homework, and each group has to talk about ppt. Back to college life overnight, nightmare.

I used to be lazy in meetings. I listened to the room I was interested in, and I didn’t go to the room if I wasn’t interested, or went to bed. The key was to be prepared for the day I talked about. This is the first time I have participated in such a small workshop with strict management.

The fair evaluation is indeed a very good meeting, all of which are in the electrochemistry industry, and the communication is smoother. Moreover, the people who are speaking do have something. Everyone has been doing it for so long. If they are talking about the study of sloppy food, everyone will not be interested. These speakers, from concepts and applications to instruments and simulations, brought out all the things that made people’s eyes shine. One of my favorite presentations came from Joaquin Rodriguez Lopez (UIUC), and it was impressive. He mostly does microelectrode, and his talk is interesting, most notably when he pulls out a lighter:

“What I have in my hand is an electrode. Now the gas in this bottle is going to react with the same thing in this room. What?”

Then a few people below said: Oxygen.

Then he explained the mass transfer of reactants with the same lighter, the concept of Microelectrode, full of passion and vivid.

Two days after the meeting, we started to talk about low carbon, human mission, policy and international situation, emmm… how should I put it, it doesn’t feel interesting.

This matter of group work must be brought up to talk about. The party divided 35 people into seven groups, each of which consisted of people of all ages. In our group, there are UM white girls in the first year of Ph.D., UCI Mexican girls in the third year of Ph.D., and Indian boys in UIC in the fourth year of Ph.D. It can be said that the global races are basically gathered together. On the first day of lunch, everyone introduced themselves and gave some ideas. Then after two days of arguing, I couldn’t set a topic.

The third brother said, to build a boat! While decomposing water with solar panels, it generally runs on hydrogen as fuel. Our entire group raised strong objections, and this is an outrageous perpetual motion machine.

Anyway, in the end, Bai Nan integrated everyone’s things and put forward a very good idea, and we were assigned our own work under his leadership. Bai Mei is worthy of being a native. Writing and changing things is trivial. We simultaneously edit online on google doc, discuss at school, and work from home. This is the first time I have seen such an efficient and cohesive group! On the last day of the speech, our group also sat together, and then went to the stage together for three minutes each. Of the seven groups, I think our concepts are the latest and the most complete. However, there is no reward or anything, just let everyone do their homework.

After the talk, the other groups also took various group photos and took pictures. We just dispersed, and we didn’t even sit together for dinner on the last day… Because these days we have been discussing together at noon and night, and we have worked much harder than others, resulting in the group already interacting with each other. hate it. It’s a pleasure to work in a group without scumbags, and life sucks!

The last dinner was an Italian meal. There were four long tables in total. There was no party to arrange for them to sit at will, and it turned out: one table for white people, one table for ethnic minorities, and a row for Chinese people at the main table. I was very tired, and I didn’t want to listen to other people’s bragging, so I sat down by myself. Not all came, there were only three people at our table: me, a handsome Bulgarian guy, and a Brazilian funny guy. The organizer called the other two people from our table to the main table, and only the three of us were left. I was unmoved and insisted on sitting here – I really didn’t want to be crowded with them. Facts have proved that after the meeting, someone really got the new crown. It is understandable that wearing a mask during the day is the same as the real thing, and gathering people at a dinner table at night will prevent you from getting sick.

Brother Brazil is really funny. It is said that he has a wife who married his 15-year-old wife when he was 19 years old. He also said that he would go back to Brazil after finishing this postdoctoral fellowship, because Brazil gave him money to study and let him come out, and he wanted to serve his motherland. The Bulgarians and I expressed: respect, high awareness. The best bottled beer in the US (imported from Europe?) The picture shows the Bulgarian brother

The handsome Bulgarian always kept a mysterious smile. I noticed him on the first day of the welcome banquet. He sat on the seat from beginning to end to eat, and did not get up to socialize. That’s why I’m sitting next to him on the last day – it’s a social phobia, and I just don’t want to talk. The Bulgarian brother is still studying for a doctorate. He especially loves bread and eats two baskets. I wanted to cover it up, and asked if my brother and I would eat it. As a result, the main dish came, and he couldn’t eat it. Brazilian brother: Because you ate too much bread! My dad told me not to eat vegetables, bread and other worthless things when eating out, but to eat meat.

I’m amazed that dads in all countries have this consensus.

The Bulgarian brother shyly said: My family does not allow me to eat bread in the restaurant, but the bread here is really delicious, and my family is not here to control me.

respect, you all have something. My favorite dish, it looks unremarkable, the sauce is so delicious Overall, it was a really interesting meeting. Although I was tired, I got to know some useful people and things. It was a rare experience.

This article is reproduced from: https://slykiten.com/life-note/workshop-in-chicago/
This site is for inclusion only, and the copyright belongs to the original author.