On July 21, 2022, Geneva time, the World Health Organization held its second meeting on the outbreak of monkeypox in multiple countries, and subsequently declared that the monkeypox outbreak constituted a “public health emergency of international concern” (PHEIC) , which was issued by the WHO. Highest level alert . 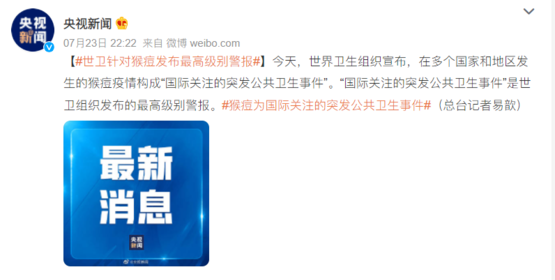 Regarding the symptoms of monkeypox disease, the route of infection, and the vaccine situation, Nuohu has published an article ” Monkeypox has begun to spread from person to person, can the vaccine scar on my arm protect me? , click the link for details.

Severe Acute Respiratory Syndrome ( SARS ) in 2003 was the first global public health emergency of the 21st century . Countries have realized in this incident that the current flow of people is fast and large, and a group of people who get together today can be distributed all over the world tomorrow. Public health security is no longer a matter for one country or region, but has become an issue that requires global collaboration.

In order for countries to effectively prevent and respond to similar events again, the World Health Assembly revised the old regulations into the International Health Regulations (2005) in 2005. It proposes a definition of PHEIC – ” an unusual event that poses a public health risk to other countries through the international spread of disease and may require a coordinated international response “.

Before the announcement of PHEIC, the World Health Organization announced 6 PHEICs , namely: 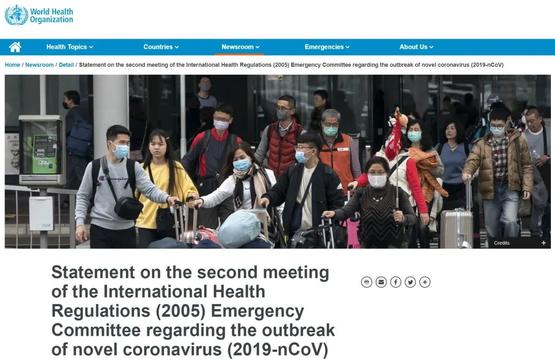 In January 2020, WHO declared that the new crown pneumonia has constituted a public health emergency｜WHO

The WHO is very cautious about declaring PHEIC, because it is necessary to reduce the cross-border spread of the disease and to protect international trade and traffic from interference as much as possible . The emergency committee usually meets several times according to the development of the epidemic, and makes a decision after balancing the advantages and disadvantages according to the situation at that time.

On May 29, 2022, the WHO issued a statement stating that the ongoing monkeypox outbreak currently poses a moderate risk to global public health. On the afternoon of June 23, the World Health Organization Emergency Committee held its first meeting and believed that the monkeypox epidemic did not constitute a PHEIC at this stage. However, the committee also recommends that the outbreak continue to be closely monitored and reviewed over the next few weeks, and once more currently unknown information becomes available indicating a significant change in the situation, it will reconsider whether to declare the monkeypox outbreak a PHEIC . 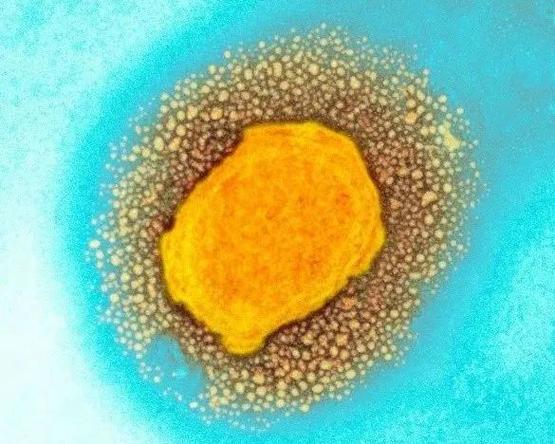 At this week’s meeting, members of the emergency committee’s panel were also divided on whether the monkeypox outbreak constituted a PHEIC.

Proponents argue that an outbreak of monkeypox meets the PHEIC criteria that the event is exceptional, the outbreak poses a public health risk to other countries and regions, and may require a coordinated international response. The number of reported cases of monkeypox is on the rise in a growing number of countries, and the scale of the outbreak may be underestimated, especially since the current pattern of monkeypox transmission is similar to the early stages of the AIDS pandemic. If monkeypox continues to spread among human populations around the world, this poses a greater risk to global health as global immunity to orthopoxviruses has been greatly reduced since the eradication of smallpox .

Members opposed to declaring a PHEIC argued that while the number of cases was increasing, there was no sign of any exponential growth and the vast majority of patients had low-severity disease . In addition, the vast majority of cases are currently detected among men who have sex with men, and despite the challenges, there is an opportunity to intervene in this segment of the population to stop the continued spread of the outbreak.

Controversy exists within the Emergency Committee and there is no full consensus. In the end, 9 of the 15 committee members believed that PHEIC should not be declared, and 6 supported it. However, in addition to the recommendations of the Emergency Committee, WHO also needs to consider several other factors when deciding whether to constitute a PHEIC, not necessarily just a minority subject to a majority :

Factors to consider when deciding whether to constitute a PHEIC.丨 International Health Regulations (2005)

Combining the advice of the emergency committee and the criteria of the PHEIC, etc., there is especially concern that the outbreak may spread from specific high-risk groups to more vulnerable groups, such as pregnant women, immunocompromised people and children. Therefore, despite the disputes among participating members, WHO finally determined that the outbreak of monkeypox in many countries constituted PHEIC .

According to the development of the epidemic, PHEIC can be revoked and revised at any time after the announcement. It is valid for 3 months after publication, after which it automatically expires.

There are risks and benefits, but action must be taken

PHEIC is proposed to prevent or reduce the transnational spread of diseases in the face of public health risks, without causing unnecessary interference to international trade and transportation, and causing economic losses to relevant countries and regions . After the PHEIC is determined, the World Health Organization will issue an interim recommendation, including the hygiene measures that countries should take for people, goods and transportation. Coordinate global human and material resources, and provide guidance and assistance to regions where PHEIC occurs when necessary.

Monkeypox on the skin | cdc.gov

For example, as in mainland China, if there is no history of monkeypox in the past population or no monkeypox case has been found for more than 21 days, the preparation, establishment and strengthening of epidemiological surveillance should be strengthened , such as training medical and health workers, obtaining reliable diagnosis Testing, focusing on high-risk groups (MSM, sex workers), etc. For another example, countries with imported cases or community transmission such as the United Kingdom and the United States require risk communication, community participation, case detection, support for isolating cases and treatment, contact tracing, and immunization of high-risk groups .

For monkeypox, the benefit of declaring PHEIC is to further raise the level of global vigilance , thereby preventing the risk of global human-to-human transmission of the epidemic to a greater extent, and international coordination will also contribute to equitable access to vaccines and antiviral drugs. In addition, announcing that PHEIC can increase the collection and distribution of research funds and aid funds . Monkeypox has been endemic in African countries for decades, but it has been neglected and research and funding have been lacking. As Tedros Ghebreyesus, Director-General of the World Health Organization, said: “This all has to change, not just for monkeypox, but for other neglected diseases in low-income countries and the world.”

But there are still risks. On the one hand, the announcement of PHEIC may cause excessive panic in some countries , causing these countries to close related tourism and trade, affecting the lives and economies of the epidemic areas. On the other hand, due to the specificity of the transmission pattern of this monkeypox epidemic, the determination of PHEIC may increase discrimination, abuse and stigma , especially in countries and regions where homosexuality is illegal or considered a crime.

But in any case, action is necessary. As Josie Golding, head of epidemiology at the Wellcome Trust in the UK, said: “As monkeypox cases continue to rise and spread to more countries, we are now faced with a double challenge: one that has been neglected in Africa. endemic for decades, and a new type of outbreak affecting marginalized communities. Governments must take this more seriously and work together internationally to contain this outbreak… We cannot continue to wait for the disease to escalate, Then intervene.”

The monkeypox outbreak, and this time it was declared PHEIC, is a wake-up call to the need to strengthen global preparedness for emergencies .

Is it really that scary?

After the news of the monkeypox epidemic broke out, many people thought of its close relative, smallpox. Monkeypox virus, variola virus (which causes smallpox), and vaccinia virus (used in smallpox vaccines) all belong to the genus Orthopoxviruses of the Poxviridae family . These types of viruses have certain similarities. For example, human infection can cause vesicles with similar appearance; but at the same time, their disease performance and pathogenic ability are different. For example, the total fatality rate of smallpox virus is about 30%, monkeypox The case fatality rate of the virus is currently 3% to 6% .

Human-to-human transmission of monkeypox can occur, but is currently less efficient

In addition, human-to-human transmission of monkeypox can occur from close contact with respiratory secretions, skin lesions, or recently contaminated objects of an infected person. However , the human-to-human transmission efficiency of monkeypox is low , and it is easy to occur under long-term, face-to-face contact conditions, so the infection risk of the infected family members and health workers will be relatively high.

In addition, monkeypox is self-limiting, and most infected people recover within 2 to 4 weeks without special treatment . But children, pregnant women, or people who are immunosuppressed due to other medical conditions can become seriously ill. At present, the new antiviral drug Tecovirimat has been approved for monkeypox treatment, but it has not been widely used, and its effect still needs to be further verified in use.

There has never been a confirmed case of monkeypox reported in mainland China , but due to the influence of globalization and internationalization, as the epidemic situation in other countries intensifies, the risk of imported monkeypox cases will also increase accordingly . Therefore, all countries and regions, including my country, need to pay attention to epidemic information in a timely manner, and strengthen cooperation in epidemic notification, virus research, drug and vaccine development and distribution, etc., in order to build a global infectious disease defense line.

Most infectious disease and epidemiologists believe that countries have already experienced the test of infectious disease prevention and control. At present, except for high-risk groups, the ability of monkeypox virus to spread in other groups is limited, and extensive strict prevention and control measures are not yet required. There has been an increase, and ordinary people do not need to worry too much about the monkeypox virus .

At the same time, scientists will remain vigilant and pay close attention to changes in the virus and the epidemic, and continue to explore the causes, effects and best solutions of the monkeypox outbreak. 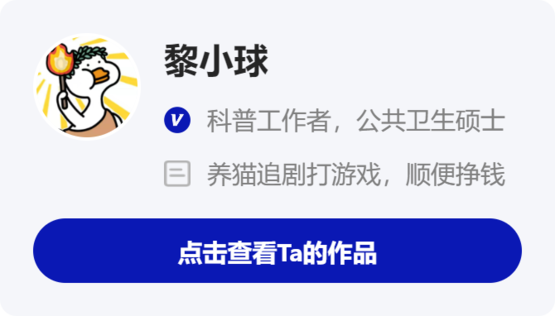 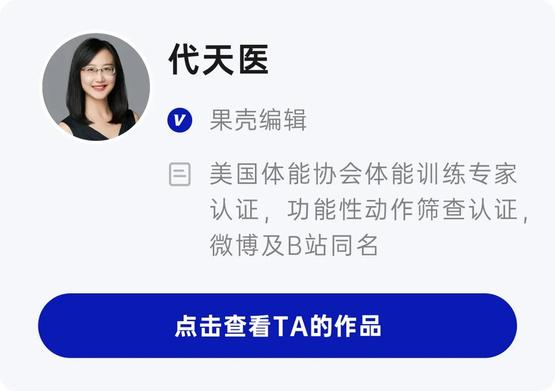 This article is reproduced from: http://www.guokr.com/article/461866/
This site is for inclusion only, and the copyright belongs to the original author.