In the interview, host Chris Anderson asked Musk about the timing of Tesla’s full self-driving, and asked whether “full self-driving” means that Tesla vehicles can operate most of the time without human intervention. City driving and safer than human driving. To this, Musk replied: “Yes.” 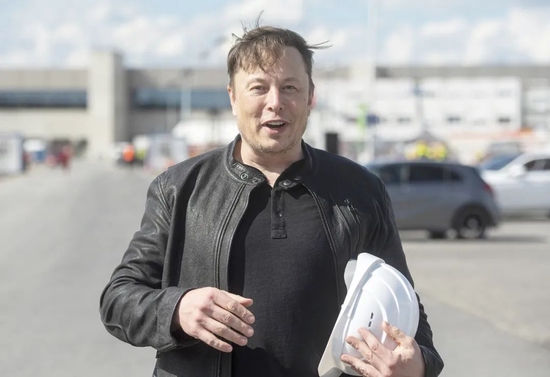 According to the classification method of the International Society of Automotive Engineers (SAE), the level of autonomous driving technology increases from level 0 to level 5, which are L0 (manual driving), L1 (assisted driving), L2 (partial automation), and L3 (conditional). automation), L4 (highly automated) and L5 (fully automated). By definition, Level 5 is capable of fully adaptive driving, adapting to any driving environment.

At present, Germany is the only country that officially certifies the L3 level for car companies on the road. The U.S. National Highway Traffic Safety Administration (NHTSA) has just released the final version of the “Autonomous Vehicle Passenger Protection Regulations”, in which vehicles operated by autonomous driving systems will not be required to be equipped with manual controls such as traditional steering wheels. .

It is worth mentioning that, starting in 2020, Musk has publicly promised to achieve fully autonomous driving within the year more than once, but has failed to achieve it. In this regard, Musk said: “We have had too many misjudgments, thinking that we solved a problem, and in the end we found out that it was just the beginning of another problem, like climbing an endless high-rise building. .” Musk said he was more confident this time around.

“Real-world AI must be realized first to realize fully autonomous driving, and artificial intelligence available in the real world must first be understood from the human brain.” Musk believes that roads, signs and traffic rules in the real world are designed for people The brain works with the human eye, so instead of using the computer to read the world, let the computer become more like the human brain, and then read the world. Musk explained that Tesla abandoned the previously used frame-by-frame image analysis and used continuous video from 8 cameras for AI learning.

“My own Tesla vehicles are driving me around Austin most of the time without human intervention.” Musk said that Tesla’s self-driving test program has more than 100,000 drivers participate.

According to public information, Tesla’s FSD Beta (Full Self-Driving Beta) was released as early as October 2020 and was the first to be promoted in the U.S. market. The version has been updated dozens of times so far. At the end of 2021, Tesla has 60,000 vehicles open to FSD Beta, accounting for 40% of Tesla’s paying FSD owners in North America. It is reported that if car owners want to obtain the right to open the FSD Beta, they need to have good safe driving habits and get a high score under the Tesla safety score tool.

In order to speed up the popularity of FSD Beta, Tesla lowered the safety score standard, so that in the first quarter of 2022, its car owners who opened FSD Beta rapidly increased by 40,000. Earlier, Musk said that more extensive testing will be carried out among all self-driving customers in North America in 2022.

But the above approach has caused some people’s dissatisfaction. There is a view that Tesla’s approach is to let customers use “Beta” products on public roads, which essentially makes customers responsible for correcting errors in the “driverless system”, and this system has a high chance of making mistakes.

According to reports, American billionaire Dan O’Dowd said that Tesla’s FSD Beta is “terrible” and “problems are frequent” and should be “completely blocked on American roads.” To that end, Dan O’Dowd ran a nationwide campaign video titled “Unsafe at Any Speed,” which focused on the potential dangers of the system, and Dan O’Dowd O’Dowd also plans to spend $2 million to distribute the video in 36 US states.

It should be noted that the Tesla Autopilot autopilot function, which is still at the L2 level, has already had many accidents and has been investigated by NHTSA, NTSB and other departments. The findings show that in almost all accidents, drivers over-trust Autopilot or lack concentration.

In 2018, a Tesla rear-ended a fire truck in California, USA. The NTSB determined that the Tesla driver relied too much on the Autopilot system and failed to take over in time. Fortunately, no one was injured in this accident; in May 2021, also in In California, after turning on Autopilot, a man actually left the driver’s seat and sat in the rear seat. After being found by the police, the man was arrested.

In January 2022, a 27-year-old Tesla Model S driver was charged with manslaughter for improperly using the L2 Autopilot system to cause a traffic accident that killed two people, according to the Associated Press. According to statistics, since 2016, NHTSA has investigated 26 Autopilot-related accidents, of which at least 11 people have died.

However, the capital market seems to be more interested in Musk’s “full self-driving” plan. Ark Investment Management, owned by Wall Street star fund manager Cathie Wood, expects Tesla’s stock price to quadruple to $4,600 by 2026, despite Tesla’s full self-driving capability. will contribute 60% of its expected value in 2026.

“Although we have adjusted our expectations for 2026, we believe that our Tesla valuation model is still conservative in its approach,” said Tasha Keeney, an analyst at Ark Investments. A key driver will be an increase in demand for robo-taxi services, which is between $11 trillion and $12 trillion.

“Our assumption is that by 2026, Tesla stock will trade like a mature company, not a high-growth company,” Tasha Keeney said.

This article is reprinted from: https://readhub.cn/topic/8fn3j1VROsY
This site is for inclusion only, and the copyright belongs to the original author.