The Spring Festival in 2023 is coming again. Leo will return to his hometown on the 27th of the Lunar New Year. It is unavoidable for self-media people to observe and think about the changes in their hometown in the past year.

Last year, leo took his hometown, a small village in eastern Guangdong, as a perspective, and tried to observe the current situation of many rural areas that are still relatively backward. It was welcomed and enthusiastically responded by many friends. For specific content, you can search and follow the big explosion of new energy Then reply to “Spring Festival” to check.

Compared with the rapid progress in the city, the time in the countryside is much slower. If the rhythm of the city is played at three times the speed, then in many rural areas, it is played at 0.1 times the speed, and it even seems to be paused. In many places, it has been the same for decades. day, no significant change.

As far as Leo’s own hometown is concerned, apart from the fact that the appearance of the village has changed in the past few years, it has become cleaner, and the number of young people has been lost more and more. In many other aspects, it is not bad compared to 20 or 30 years ago. Taking the year as the dimension, the changes are even more negligible. From this perspective, after the observation last year, there is really not much to say when I go back to my hometown this year.

Fortunately, the big wave of the times has more or less left some obvious imprints on the countryside, and in the past year, some major events have happened in China, which just constitutes a new opportunity to observe the countryside.

The hometown survived the peak of the epidemic safely

This time when I returned to my hometown, I can see that more people in the village are wearing masks, which is significantly more than the previous two years. The main reason is that under the epidemic prevention and control policies of the previous two years, the impact in rural areas is actually very small. The place has already returned to normal, and everyone is too lazy to wear masks. During the first two Chinese New Years, except for those who came back from the countryside or the city, they may still wear masks, but others will not wear masks.

However, due to the shift in the prevention and control of the epidemic in December last year, and during the Spring Festival, people outside have come back, and everyone is worried about cross-infection. Instead, more people wear masks, especially in the vegetable market, where most people wear masks .

But to be honest, it doesn’t make much sense to wear it or not. After all, most people don’t wear it. I and my family members promise to strictly abide by the mandatory wearing of masks when going out, and neighbors, relatives and friends who come to visit can wear masks, otherwise they should be recruited. will still be recruited.

Fortunately, the sun is also in the village, especially the family members who work in the city, they have basically passed the sun, and the rural areas have basically established a herd immunity barrier. Unless there are more terrible variants, the problem of the new crown Not too big.

Many people should have seen some news from the Internet. Many elderly people over the age of 80 failed to survive this wave of epidemics. It was kinder, and basically got through safely.

In the past month, some elderly people have also died, but they were all relatively old. It is hard to say how much it has to do with the epidemic, and the number has not increased significantly compared to previous years. Leo’s grandmother in the village is 90 years old, and she passed out before, and she was quite dangerous at one time, but fortunately, she was safe in the end.

According to this trend, unless there is a brand-new variant with even more terrifying hazards, the epidemic will be initially over, at least in the perception of many rural people. 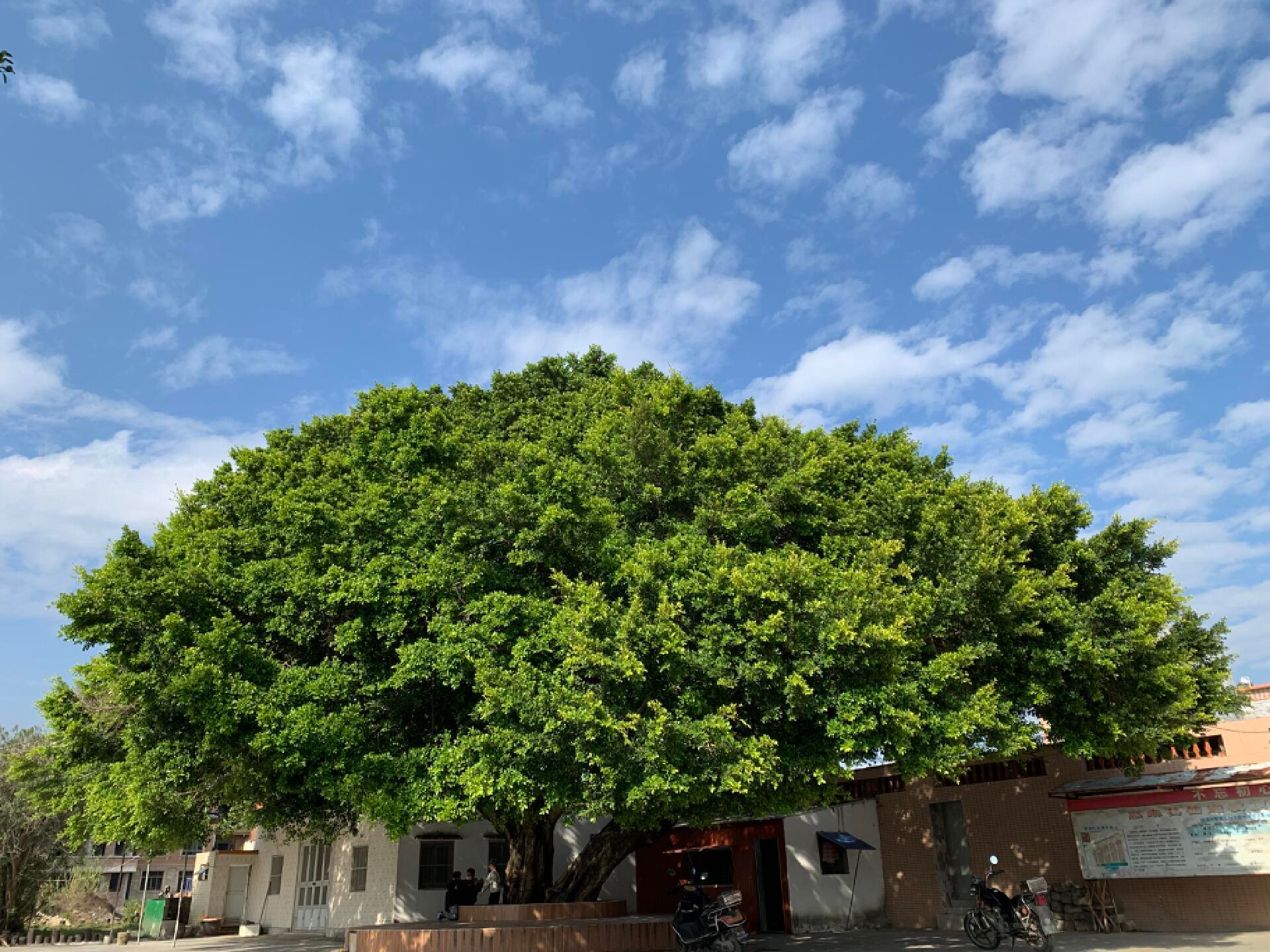 In fact, when the epidemic prevention and control policy was first changed in December, many villagers did not take it seriously. They would naturally take a rest during the uncomfortable few days and do what they should do afterwards. How long to rest.

In fact, half a month before the Spring Festival, Leo took care of his parents who were sunny for a few days in his hometown. They really didn’t care much, especially my dad. After the symptoms were obviously relieved on the third day, he went to help the neighbors with farm work , Leo couldn’t persuade him no matter how hard he tried.

They don’t care about what they might get myocarditis from working after the sun, and they don’t take it seriously. For many rural people, the current new crown may be the least worth mentioning among the things they need to worry about .

In the past few days after returning home, in order to compare the price difference between the prices in his hometown and the prices in the city, leo took the opportunity of purchasing during the Chinese New Year to do a general understanding, whether it is from daily necessities or large-scale commodities, basically the price level in the village , are about the same size as those in the city, and even more expensive.

Of course, it has something to do with the fact that things are more expensive during the Chinese New Year, but in normal times, the price level in rural areas is similar to that in cities, and some products are even more expensive because of less competition.

Fortunately, everyone in the village has self-built houses, and more or less grows some vegetables, and digs wells, etc., and there are not many consumption items, and the general expenditure is not too large.

Sophisticated contacts are gradually decreasing. Ten or 20 years ago, there were as many weddings and funerals. Now, with the influx of young people to the city and the progress of the times, various celebrations are becoming more and more simplified. Basically, the sophistication of the world Contacts are mainly for trivial matters, and the elderly are slowly withering.

Having said that, although the overall consumption level in urban and rural areas is relatively low, the pressure of commercial competition is not small. There will still be competitors in all walks of life, and not only to prevent local competitors from grabbing food, but also to face More and more online shopping diversions, if there is no good local accumulation, or indeed a skill, starting a business in a small village is not a good project, and the incremental market is too small.

The unstoppable wave of short videos

Going home this time, I have a deeper feeling for the popularity of short videos. Whether adults, children, or the elderly, they can almost use Tik Tok or Kuaishou. Even my dad, who doesn’t even have WeChat payment, will watch the sale with relish. Goods live…

The commercialization of short videos is also accelerating its penetration into users, whether it is Douyin and Kuaishou’s self-operated e-commerce, or advertising through videos, and attracting traffic to WeChat.

From this dimension, whether it is Douyin, Kuaishou, or video accounts, there are still opportunities for vigorous development in the future, and the space is huge enough.

Of course, for many small stalls and hawkers, they will eventually fall to WeChat to do transactions. It is also difficult for short videos to completely subvert WeChat, but the power of short videos has not been fully released, and the future potential is still sufficient. huge.

By the way, family members basically get their knowledge about the new crown from short videos. From this perspective, short videos, a platform with a high penetration rate and a great impact on people’s cognition, are severely restricted by the top. Control is almost inevitable.

The right to speak is also power, even power with terrifying power. Things like ideology must be firmly controlled by those in power.

There is still a lot of room for new energy vehicles

Compared with last year, there are a lot more cars in the village this year. Of course, this is related to last year’s epidemic prevention and control, and the country does not encourage returning to the hometown. But after walking around the village, I also saw several new cars that have not yet been registered. , indicating that it is indeed more than one year.

Even the parking space became tense, as if returning to the city, not to mention going to the market, especially on the second day of junior high school, it was so crowded that I cried.

In the countryside, the land can never be avoided. This is the root of the farmers, but now many farmlands are also abandoned. However, this is also related to the actual situation in Leo’s hometown. There are relatively few farmlands in the village, and they are all in small pieces. There is not enough large flat land, which makes it difficult to rent out the whole .

This is a good thing. After all, with the advent of deep aging, it is inevitable that most of the farmland will be abandoned. If it can be collectively contracted and operated by a third party to create value, it will be a win-win situation for all parties.

Most of the farmland that cannot be rented out is used to grow vegetables or key fruits. The more common ones are bananas and sugarcane. .

Of course, the above phenomenon is limited to Leo’s hometown, and it is only a few days’ experience, which is not rigorous enough to be a representative of rural areas.

Every time he goes back to his hometown, Leo can’t help feeling: time in the countryside is too slow, except for the changed appearance of the village, even after 20 or 30 years, it is still the familiar hometown.

Many of them have lived in this village all their lives, and when they grow old, they will eventually return to their roots quietly, just like many people in the city. Work at sunrise, rest at sunset, and finally live your life quietly.

Ordinary is the fate of most people.

By the way, at the end, I have a question for everyone: What time does the rooster crow? Why did the rooster crow from one o’clock, and then continued until seven or eight o’clock in the morning…..

Get all kinds of awesome funds with one click

This topic has 0 discussions in Xueqiu, click to view.
Snowball is an investor social network where smart investors are all here.
Click to download Xueqiu mobile client http://xueqiu.com/xz ]]>