The Fed is likely to continue its hawkish stance to fight inflation, with rates expected to climb above 3% in 2023.

The Fed is likely to continue raising rates by 50 basis points next week, extending the same rate hike in July before slowing to a 25 basis point rate in September. Interest rates are expected to be 2.6% at the end of 2022 and 3.1% in 2023. The benchmark policy rate currently ranges from 0.75% to 1%.

Federal Reserve Chairman Jerome Powell has been careful not to say how high rates will go, putting the bank’s quarterly path forecasts on interest rates in the spotlight for investors. The Fed will release a statement and the latest economic forecast results in the early hours of next Thursday. 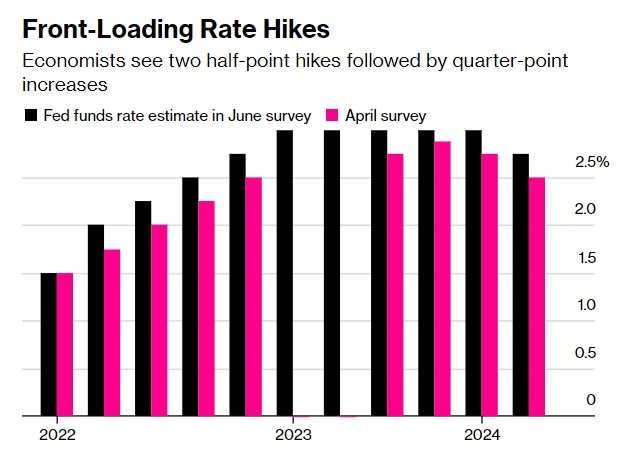 Not only have investors priced in a 50 basis point rate hike that Powell has hinted at multiple times, they are also expecting a similar rate hike in September and further hikes in November and December, but economists expect the Fed to The rate path set was less aggressive than the market expected.

Powell is trying to steer the economy toward a “soft landing,” with economists’ forecasts almost in line with Fed rate path forecasts, with policy’s target range for interest rates peaking at 2.75% in December and 3% by the end of 2023. Interest rates peaked at 3.25% during the period. Economist Anna Wang expects the rate path to become more hawkish, with a median rate of 3% in 2023 continuing through 2024, which would be lower than the current 3.5% terminal rate implied by the euro. 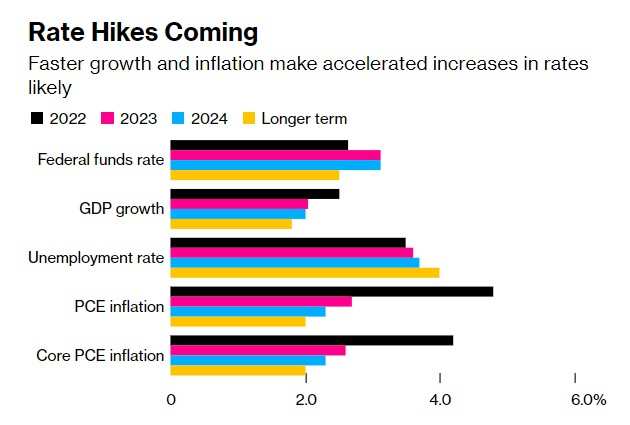 Barclays economist Jonathan Millar said that interest rate hikes are unabated, and the real estate industry is showing weakness. U.S. GDP growth is expected to slow in 2023, and unemployment will rise further next year.

The Fed plans to begin liquidating maturing securities this month as it gradually shrinks its balance sheet with a growth target of $1.1 trillion. Economists expect the balance sheet to shrink to $8.4 trillion by the end of the year and $6.7 trillion in December 2024.

It is understood that the Fed will resort to outright selling mortgage-backed securities, in line with their preference for holding only Treasuries for an extended period of time. The market has mixed views on the timing of the sale, with most seeing it starting next year.

Economists have mixed expectations for the U.S. economic outlook, with 31% believing a recession will occur within the next two years, 21% believing that there may be zero or negative growth for some time, and the rest expect the Fed to deliver the economy “Soft Landing”.

Philip Marey, senior U.S. strategist at Rabobank, said a “soft landing” for the U.S. economy would be difficult to achieve because the impact of higher interest rates has a certain lag.

Most economists expect the Fed to stop tightening altogether when inflation falls to around 2%. Another part of the view is that rate hikes will stop when core inflation, which excludes volatile food and energy, falls to around 2.6%.

This article is reprinted from: https://news.futunn.com/post/16333757?src=3&report_type=market&report_id=207885&futusource=news_headline_list
This site is for inclusion only, and the copyright belongs to the original author.