Both CATL and BYD have entered the trillion-dollar club. In terms of current trends and future prospects, the two battery giants are extremely attractive to investors. 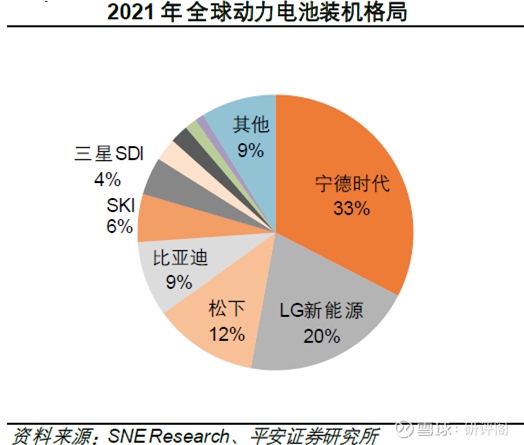 This year, the domestic new energy battery giants are still expanding their global market share. Some time ago, BYD’s blade battery received an order from Tesla, and the Ningde era’s Kirin battery is about to be put into production. The future is a blue ocean.

It is foreseeable that the two domestic supergiants in the field of new energy batteries will continue to dominate the world, and one day, they will win an absolute king.

The real king of this battery will be the Ningde era or BYD?

1. The Ningde era and the origin of BYD

CATL and BYD are both domestic companies that entered the lithium battery industry relatively early. In the consumer sector, CATL and BYD have become the world’s first and fifth super battery companies with a 3C market share of over 35% and 7%, respectively.

In the field of power, Ningde and BYD currently rank the top two in China with a market share of about 50% and 20%, respectively, after experiencing a period of iron-lithium dominance, a ternary overrun period, and an industry recovery superimposed on an iron-lithium return period.

BYD is a veteran of domestic consumption of batteries . It started with batteries in 1995. In 2003, BYD’s secondary battery output ranked second in the world, and Japan’s Sanyo ranked first at that time.

In 2010, due to the change of mobile phones, BYD shifted the focus of batteries to vehicle power batteries. At this time, the scale of consumer batteries was basically stagnant.

The research on batteries in CATL began in 1999. After purchasing the patent authorization of polymer soft pack battery from Bell Labs and determining the battery technology route, the electrolyte formula was improved through technical research and repeated trials, helping Apple to solve the battery bulge. And the problem of short cycle life and smooth entry into Apple’s supply chain.

Later, with the global sales of Apple products and the development of thin and light consumer electronic products, the market share of CATL continued to increase and became the global leader in polymer soft pack batteries.

Judging from the early development of the two companies, they are very similar, not only have earlier industry experience, but also have strong continuous research and development, which plays a cornerstone role in the rapid explosion of power batteries later.

2. The collision between the Ningde era and BYD

In the passenger car market, domestic battery manufacturers represented by BYD adopt the technical route of lithium iron phosphate, while CATL adopts the same ternary route as the overseas market. The installed capacity of the two materials in domestic new energy passenger cars Each accounted for half, and the battle for the technical route was inconclusive at that time.

At the level of corporate positioning, BYD positions itself as an OEM, focusing on building new energy vehicle products. The battery adopts a self-produced and self-sold model. In 2016, it said that it can only supply batteries to adapt to its own models.

The subsidy policy in 2017 linked the subsidy amount to the energy density of the battery system for the first time. Higher energy density can obtain more subsidies with a higher adjustment factor.

BYD changed its strategy in a timely manner, starting from 2017, all its new energy passenger models were switched to ternary batteries. At this stage, the battle for the battery technology route has temporarily come to an end with the victory of ternary materials.

In the second half of 2019, with the formal and substantial decline of subsidies, the domestic new energy vehicle market fell into negative growth.

The performance after the subsidy retreat highlights the limitations of self-production and self-marketing. There is no suspense in the battle for corporate positioning. BYD seeks to change from a single OEM to a supplier, and the pace of external supply is accelerated.

After the subsidy declines, the low-cost advantage of lithium iron phosphate is highlighted. CATL and BYD have successively launched CTP and blade batteries. The former has entered the Tesla supply system, and the latter has applied iron-lithium blade batteries to all models.

With the continuous hot sales of BYD series models, CATL’s position in the iron-lithium market has been impacted to a certain extent.

In the ternary market, Ningde still maintains a strong position, while BYD has fallen sharply. On the whole, the domestic market share of Ningde and BYD’s battery business has fluctuated in the second half of 2020, maintaining at 40%-60% and 10%-30% respectively, and the dual-male pattern has been further consolidated.

①High nickel and high pressure. CATL maintains a global leadership in the R&D and mass production of high nickel, and the 811 system cooperates with the industry’s first nano-rivet technology.

③CTC. CTC technology is the master of simplification of the body structure. CATL integrates the battery cell with the body, chassis, electric drive, thermal management and various high and low voltage control modules, etc. The mileage has exceeded 1,000 kilometers, and it is planned to officially launch the highly integrated CTC battery technology in 2025. 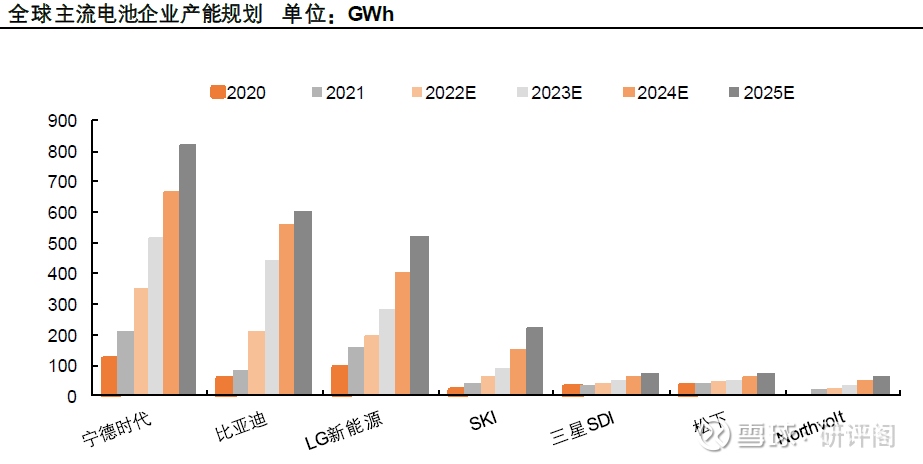 BYD’s advantage is that it has both its own batteries and a promising vehicle.

①Blade battery. In response to the different performance requirements of pure electric and plug-in products, BYD has adopted different blade battery processes. The general idea is to use the CTP grouping method. Compared with the conventional square iron lithium, the blade battery has high volume energy density, good heat dissipation and lower cost.

②Open external supply. The external supply of BYD’s power batteries starts from commercial vehicles, and then gradually spreads to passenger car customers. In 2021, more than 90% of BYD’s battery installed capacity will be used for self-supply, and the scale of external supply is small. However, with the increasingly fierce competition for high-quality battery resources and the wide acceptance of the lithium iron phosphate route by domestic and foreign OEMs, the external supply of BYD batteries is expected to be in 2022. The year ushered in a substantial breakthrough, with potential new customers including Tesla, Toyota, Daimler and North American customers.

③ capacity. BYD’s nominal production capacity in 2025 is expected to be nearly 600GWh, closely following the pace of Ningde.

I think Ningde era and BYD are currently the kings of batteries in the world. The gap now lies only in scale rather than technology. BYD’s blue ocean is the layout of batteries and vehicles, while Ningde era is from square to soft-packed cylinder, from ternary iron lithium The exploration of sodium-ion solid-state batteries has been very successful.

Now the market value of the two companies has exceeded one trillion. From the perspective of the future of new energy, CATL and BYD will have a battle in the road to the global crown.

There are 9 discussions on this topic in Snowball, click to view.
Snowball is an investor’s social network, and smart investors are here.
Click to download Snowball mobile client http://xueqiu.com/xz ]]>