On September 7, the Passenger Car Association released data showing that according to preliminary statistics, the retail sales of the passenger car market in August was 1.879 million, a year-on-year increase of 29% and an increase of 3% from the previous month. Among them, the wholesale volume of new energy passenger vehicles increased by 100% year-on-year.

The China Passenger Car Association said that the current policy has been very effective in boosting auto consumption confidence, so the retail sales of the auto market achieved a high year-on-year growth.

A reporter from China Securities Journal recently visited Hefei, Anhui, and found that with the continued strong downstream demand for new energy vehicles, many car companies and parts companies are busy in the production workshops, and they are all rushing to order. 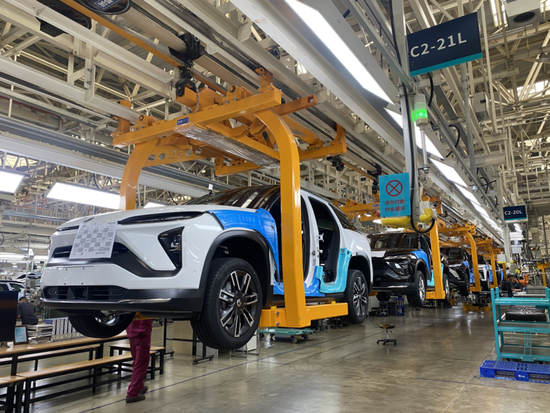 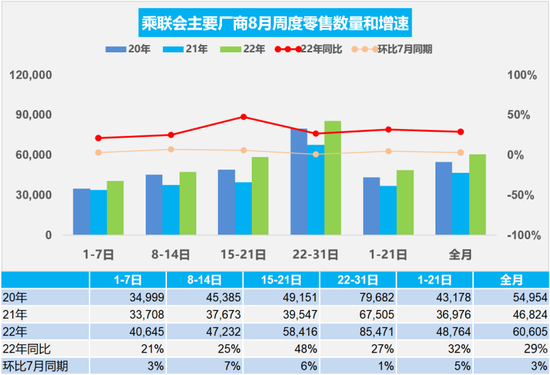 The China Passenger Car Association said that in mid-to-late August, auto consumer confidence has been boosted through measures such as “policy promotion and guidance + manufacturers’ promotional incentives + dealers’ terminal discounts and lower inventory”.

Among them, the national new energy passenger vehicle market maintained a strong and good momentum in August. The Passenger Federation stated that considering that some of the main enterprises made up in August due to the production reduction factor in July, the proportion of main enterprises (more than 10,000 vehicles) will be slightly higher than that of the previous month. It is estimated that new energy passenger vehicles will be used in August. Wholesale sales of car manufacturers were 625,000 units, a month-on-month increase of 10% and a year-on-year increase of about 100%. 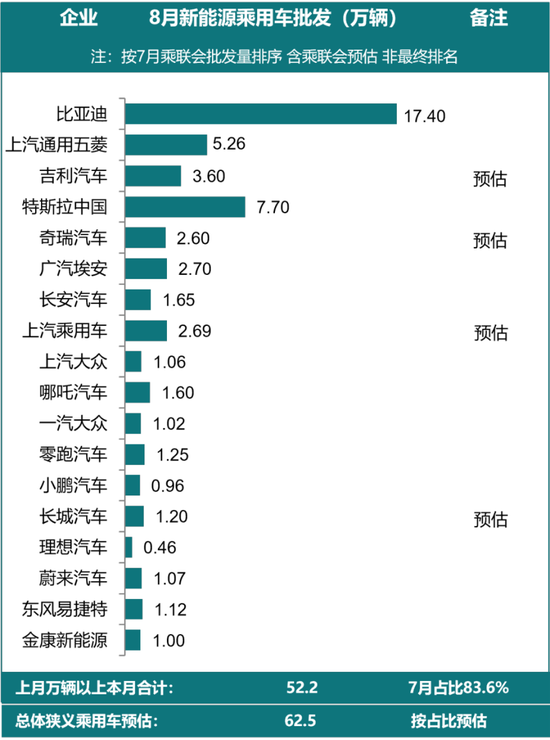 The Passenger Federation said that although the state has introduced an incentive policy to halve the purchase tax of fuel vehicles, the marketization of new energy vehicles has a strong growth momentum, especially the current consumption promotion policies for new energy vehicles in various places, both in terms of subsidy amount and coverage. are not lower than gasoline vehicles.

On September 6, Henan Province’s special working meeting on stabilizing the economic market pointed out that it is necessary to accelerate the promotion of consumption recovery, further study and introduce policies and measures to support the consumption of new energy vehicles, and actively promote the electrification of vehicles in the public sector. Around the Mid-Autumn Festival, National Day and other festivals Organize various promotional activities to release consumption potential.

New models are released intensively, and car companies are at full speed to catch up with orders

Benefiting from the rapid growth of the new energy vehicle market, the production lines of car companies are also at full speed to catch up with orders. BYD said on the interactive platform on September 7 that due to the large number of orders, the delivery of vehicles is relatively slow, and the current waiting time is long. The company is actively arranging and deploying to accelerate the production capacity increase of related models.

Gu Xiangli said: “Starting from June this year, the base’s final assembly workshop has gradually adopted a ‘double-shift system’ for production, relying on the base’s highly flexible OTD order manufacturing, and five models including ES7 and ET7 are continuously being produced from the base. Production is off the assembly line.”

According to the data from the Passenger Federation, a total of 13 new cars were launched in September, of which only 4 were joint venture brand products, and the remaining 9 were self-owned brand products; except for 1 mid-term remodeled product, the remaining 12 were brand new products; fuel vehicles There are 9 models and 4 new energy models; 4 are sedans, 7 are SUVs, and 2 are MPVs. 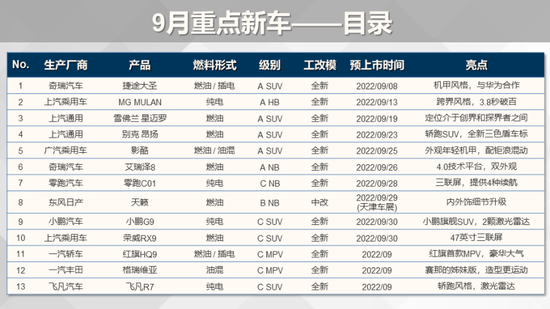 A few days ago, the China Passenger Car Association raised its forecast for the annual sales of new energy passenger vehicles to 6 million. Everbright Securities said that it continues to be optimistic about the rising trend of new energy vehicle sales driven by the two-way optimization of supply and demand driven by favorable policies.

This article is reprinted from: https://readhub.cn/topic/8j7EPvEHN5h
This site is for inclusion only, and the copyright belongs to the original author.