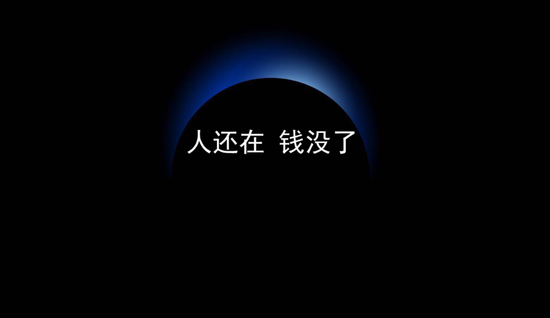 Original title: Treat every day as the end of the day to sell vegetables

Today, Daily Youxian and employees and executives argued one thing through the media:

This Wednesday, the daily Youxian employees who had just moved the office received a notice. Because some employees reported that the air quality of the new office was problematic, the company decided to let everyone work from home on Thursday and Friday.

Although the salary has not been paid for two months, the company is still very considerate.

Yesterday afternoon, employees who were breathing fresh air at home held an online meeting under the call of manpower. The employees have read the news a few days ago. It is said that the boss of Shanxi Coal will take 200 million yuan to continue the life of the company. Everyone thinks that the salary has finally played a role. Unexpectedly, after a 20-minute meeting, the core idea was one:

The company is dead, everyone should leave.

It has only been a short month since the anniversary of Daily Fresh’s listing. In just five minutes after the meeting, the employees found that their Feishu and so on were all unavailable. Closed together, there is also the daily excellent fresh speed delivery business.

Daily Excellent Fresh implements the 12421 principle, plus the elimination system at the end of the quarter, the bottom 10% of the ranking will be eliminated, and it will be eliminated quarterly. In the past two years, the company has been reducing the number of employees, and the remaining employees are all survivors who have experienced many battles, but this time, everyone graduated neatly.

Then, there was news that the founder Xu Zheng had left Hong Kong. Today, Xu Zheng told the media that he did not run and was still in Beijing.

It doesn’t matter where people are, the money is really gone.

Naiwu roughly calculated that from 2018 to last year, Daily Youxian has lost more than 10 billion yuan. Especially last year, I lost about 300 million every month.

How so much money was lost, the media probably gave two conclusions.

One is the front warehouse. The loss of fresh food is large, the profit is thin, and the cost of cold chain transportation is still high. Xu Zheng himself recalled that when they opened the first warehouse to stock up, the 100 yuan goods were broken for 98 yuan.

Therefore, starting from 2015, Daily Youxian began to open warehouses directly near the community, which can save distribution time and cold chain costs of transportation.

Naiwu understood that the cost of a front-end warehouse includes utilities, depreciation, sorting and distribution labor, rent, sales discounts, and so on. Some people have calculated an account. In order to achieve profitability in the front-end warehouse, the daily optimal fresh must reach 1,500 orders per warehouse per day, and the customer unit price must be above 75.

Looking at the daily excellent fresh, their order volume was 28.7 million in the third quarter of last year, and the unit price was about 86 yuan. Calculated according to the number of 631 pre-positions, which is equivalent to each pre-position per day:

This is a common problem for sales-oriented companies, but Daily Fresh seems to be more serious.

Everyone knows that the online fresh food track burns money. For example, Dingdong grocery shopping and Daily Youxian have pre-positioned warehouses. At the beginning, everyone was desperate for a nationwide layout. Xu Zheng once said that he hoped that Daily Youxian would be like Pinduoduo achieves fission through user recommendations. At its peak, 5,000 Optimal Fresh Front warehouses were opened every day in 20 cities. There are Beijing, Tianjin, and cities like Changshu and Yunfu.

By this year, both of them could not bear it and began to shrink. In the case of the same model and even marketing expenses, Dingdong’s monthly activity is 4 or 5 times that of Daily Youxian. I don’t know how Xu always managed to fission.

Chinese entrepreneurs said in today’s article that the employees who left last year are still busy with labor arbitration, and the court’s conclusion is:

There are no executable assets.

The suppliers of Daily Youxian refuted this statement with practical actions. After pulling the banner to no avail, they rushed into the Shunyi warehouse of Daily Youxian and started moving things.

It is said that Xu Zheng is still helping the company to find financing, but Naiwu feels that it is unlikely that anyone will reach out. After all, when the coal bosses are hesitant, there are not many people who are more arrogant than them.

This article is reproduced from: http://finance.sina.com.cn/tech/csj/2022-07-29/doc-imizmscv4079463.shtml
This site is for inclusion only, and the copyright belongs to the original author.