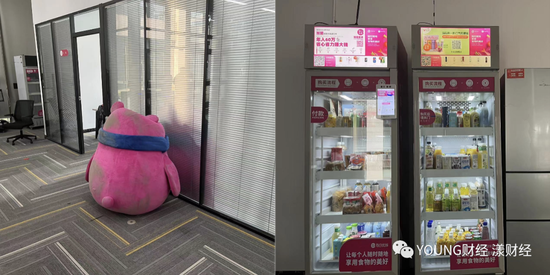 At the cusp of the storm, Daily Excellent Fresh Xu Zheng seemed to have disappeared.

On the afternoon of July 28, Daily Youxian held a “landmark” online meeting.

The 15-minute recording of the meeting is circulating on the Internet. There are three main points: the delivery of Shanxi Donghui’s equity investment has not been completed, and the LASTDAY of most employees is July 28. The company’s fundraising funds will give priority to repaying the arrears of social security, provident fund and employee wages.

A screenshot of the daily Youxian Feishu work group on July 27 shows that the company told all employees to work from home on the grounds of conducting an air pollution control in the office. This has been interpreted as the fact that the company has rarely planned to keep employees at home to avoid mass riots caused by sudden layoffs.

The media combined the statements of the daily excellent fresh employees to give birth to two interpretations of “large-scale layoffs” and “company dissolution”. The official response of Daily Fresh is: “Under the major goal of achieving profitability, the company adjusts its business and organization. Businesses such as next-day delivery, smart vegetable market, and retail cloud will not be affected. Due to business adjustments, some employees have resigned and the company At present, we are actively seeking all possible solutions to protect the rights and interests of employees to the greatest extent.”

Just after responding to the rumors of disbanding, on the evening of July 28, the next-day delivery service reserved by Daily Youxian was unable to place an order. The page displayed “Sorry, the item purchased in this order is out of stock at the current address.” In the afternoon of the next day, Daily Youxian encountered difficulties in logging in, and the payment function was also restricted.

At the cusp of the storm, Daily Excellent Fresh Xu Zheng seemed to have disappeared.

“Business Observer” said that daily Youxian executives, including Xu Zheng and former president Zeng Bin, did not attend the online meeting. A person in charge of the business department revealed that Xu Zheng had gone into hiding. There are also rumors that Xu Zheng “has already run away”. The Times Finance and Economics report pointed out that the daily distance between the excellent fresh office is only two kilometers from the airport. “If the founder wants to run away, it will only take 20 minutes at the fastest.”

Xu Zheng told “Chinese Entrepreneur” this afternoon: “I have been in the country all the time, and this rumor (running away) is too vicious” and “Now all the company’s executives are in Beijing.”

In the report of “Chinese Entrepreneur”, an executive said that the company has not been disbanded as a whole, and some people have been retained in various departments. Except for the speedy business, other businesses are operating normally, but the specific number of remaining employees is different. Not disclosed. At the same time, the speed business is not completely closed as the outside world claims, but suspended operations, and will restart after the difficulties are overcome in the future and funds are raised.

YOUNG Finance went to Building 2 of Shunyi Borun Science and Technology Park on the afternoon of July 29. According to reports, Daily Youxian moved its office here in June and banned employees from entering on July 28 for reasons such as “air purification”.

The main entrance of Daily Youxian is guarded by security guards and cannot be entered, but there is a side door by Yuxi Road, and the staff will take out the refrigerator and other equipment. YOUNG Finance asked the staff, “Is the lease here?” The staff member gave a confirmation reply. Afterwards, YOUNG Finance followed the staff into the office building. The following was taken by YOUNG Finance: 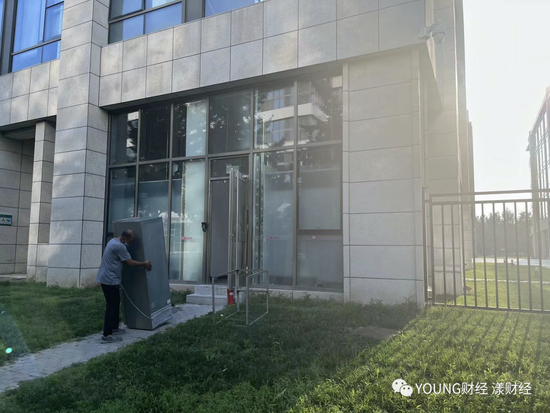 The staff removed the refrigerator from the daily excellent fresh office 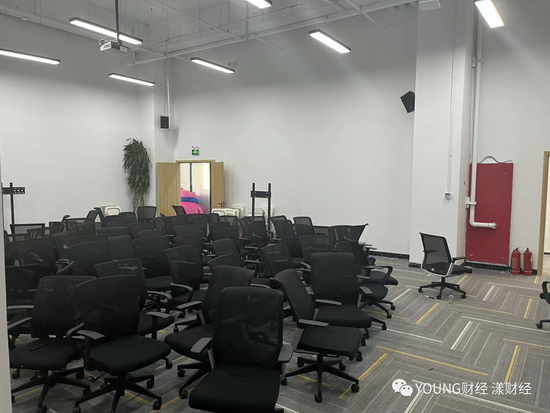 In the conference room on the first floor, chairs are being stacked together 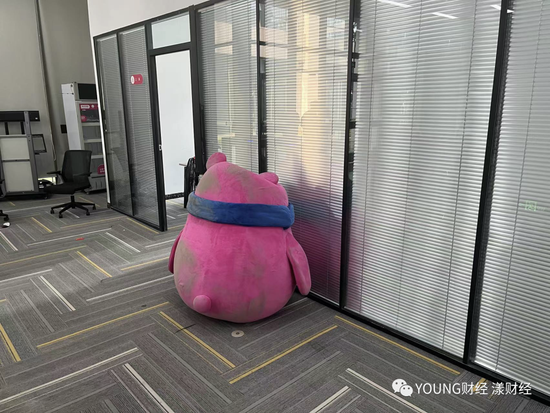 YOYO, the mascot “loved by employees”, was abandoned on the ground and covered with dust. There are still people meeting in the office of “Daily Fresh Convenience Shopping” nearby. 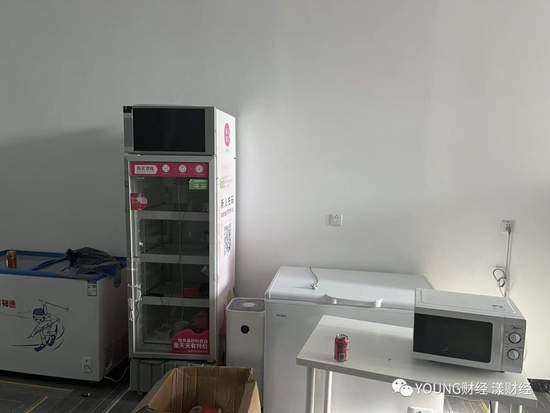 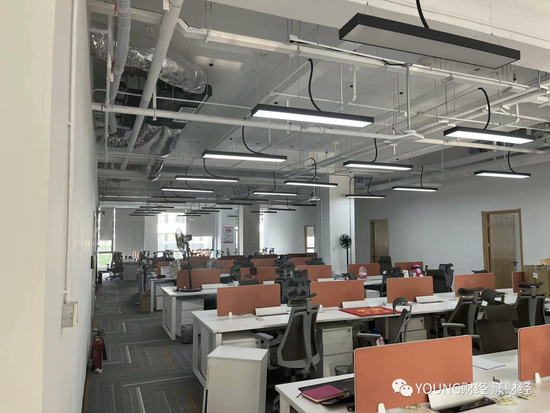 In the office on the second floor of Daily Youxian, there are no computers and personal items. There is a discarded YOYO on the desktop. 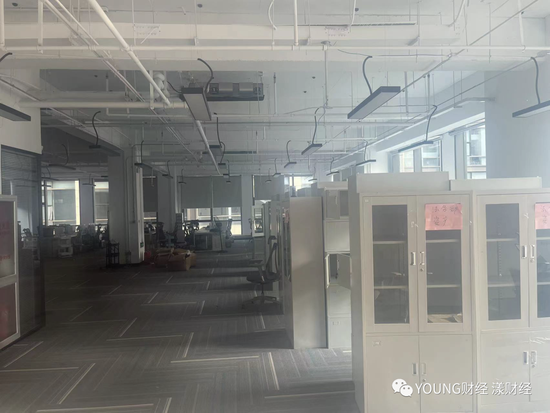 In the office on the third floor of Daily Youxian, the cabinet of the assets of the Legal Department seems to be empty 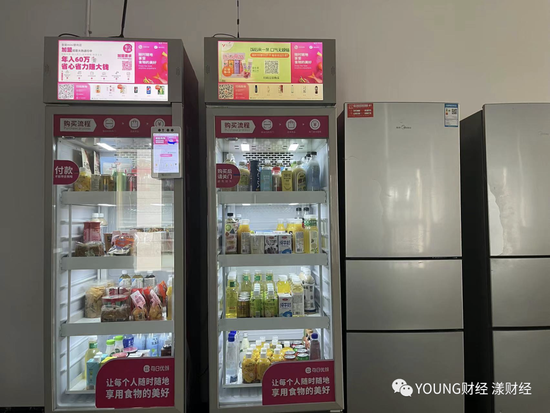 On the third floor of Daily Youxian, which is still actively “operating”, the advertisement above the Daily Youxian convenience store reads: “Joining recruitment is in full swing, with an annual income of 600,000 yuan, saving worry and effort and making big money” 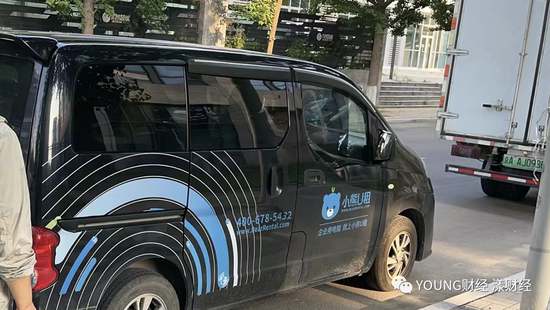 There is also a car rented by Little Bear U at the side door of the office. The owner of the car claimed that he was a staff member of Little Bear U, and said that Daily Youxian rented their office equipment.

In the “Customer Achievement” column on the official website of Xiaoxiong Urent, the LOGO of Daily Youxian disappeared in March this year. 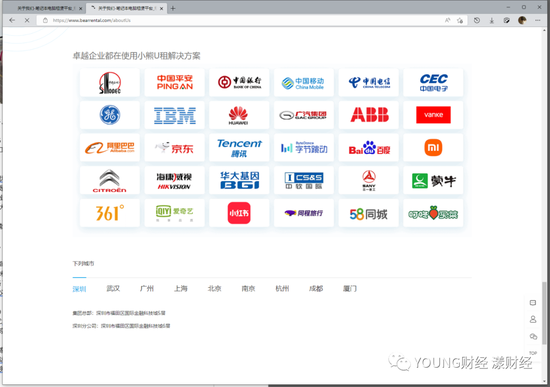 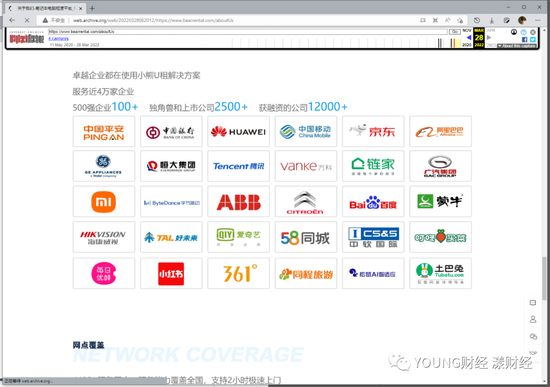 This article is reproduced from: http://finance.sina.com.cn/tech/csj/2022-07-29/doc-imizirav5972936.shtml
This site is for inclusion only, and the copyright belongs to the original author.