Hey, look at the calendar! Today is the 31st!

Experienced online shoppers know that, except for the 11.11 shopping festival, the time when the biggest discounts are usually held on 10.31 and 11.1. Using shopping to “say goodbye to the old and welcome the new” in October can be regarded as a ceremonial thing.

On such occasions, how could we be without our good buddies Pinduoduo?

At the same time, many popular products have ushered in low prices throughout the year: the iPhone 14 series has dropped by up to 1940 yuan, and after the Redmi K50 coupon, you can get it for only 1859 yuan! 11.11 Hi Go, all-site subsidy will be added, buy it and earn it!

Friends who haven’t thought about what to buy don’t have to worry, we have selected some low-priced good items after subsidies, and you will never lose money when you buy them. The biggest discount appears on the iPhone 14 Plus, the 512GB version is 1940 yuan lower than the official website price, and the pre-coupon price starts at 7759 yuan! If you like large screen, large capacity and long battery life, you must not miss it.

The iPhone 14 Pro / Pro Max, which both leads in word of mouth and sales, still maintains a high straight drop of 500 yuan. The pre-coupon prices of the basic capacity version are 7,499 yuan and 8,499 yuan respectively. Now the stock is sufficient, there is no need to stare at the rush, it is easy You can get a good price iPhone. 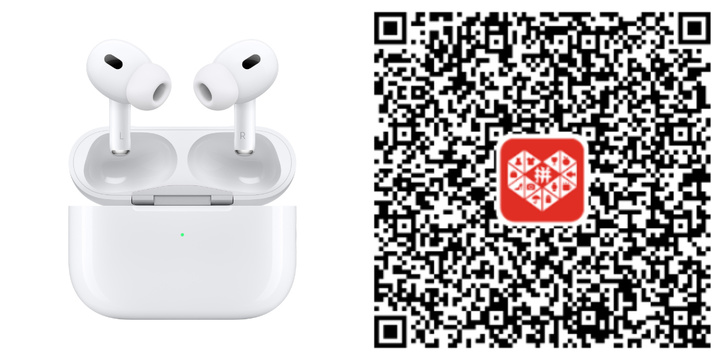 In less than two months, Pinduoduo brought the second-generation AirPods Pro back to the price of the previous generation. The H2 chip of the second-generation product, the enhanced noise reduction collar, the built-in speaker and the new charging box that supports positioning are almost all upgrades on the pain point. Now the price is less than 1600 yuan before the coupon, what is the reason not to upgrade? ?

At the same time, other Apple products, such as MacBook, Apple Watch and iPad, are also enjoying similar large subsidies. Scan the QR code above to enter the 10 billion subsidy Apple special, and you can easily find what you want and take it home at a low price. The Mate 50, which has been out of date for two years, has brought new highlights such as a new imaging system, Kunlun glass, and Beidou satellite news, making many users eager to try it out. But the Mate 50 on the tens of billions of subsidies can be said to be “out of the long-awaited”. We have been preparing to introduce it before, but we had to give up because of the shortage of stock on the whole network.

Finally, Mate 50 is now fully listed with tens of billions of subsidies, and it gave us a subsidy of more than 300 yuan as soon as it came up. Considering Huawei’s historically extremely tough prices, this subsidy is enough for users who want to buy it to place an order immediately. The “King of the Mid-range” K50 has also joined the battlefield at this moment. The Dimensity 8100 + 2K ultra-clear straight screen + 5500mAh battery capacity and 67W’s comprehensive and balanced configuration make it quite attractive at its original price, and the tens of billions of subsidies are as high as 500 yuan The amount of subsidy made it even more likely to “reduce dimension” in the thousand-yuan machine market. Friends who pursue performance and screen can no longer hesitate now. As a famous “bucket machine” at the high-end price point, the Xiaomi Mi 12S Pro itself is not as topical as the 12S Ultra, but it has all the things that a high-end machine should have: Snapdragon 8+ Gen1 processor, and also Leica-backed images with IMX707 CMOS system, and the highest 120W surging second charge in the series. In a sense, it is the most suitable for daily use in the 12S series.

The attractiveness of the 12S Pro also comes from the price: the price starting from 4,699 yuan may still make people hesitate, but in three months, the subsidy price of 10 billion yuan has dropped to 3,799 yuan before the coupon, which is very worthwhile.

Of course, OPPO, vivo, Samsung and Honor, the prices are also very attractive at the moment. If you are a fan of these brands, you can buy it by long-pressing the QR code below to enter the 10 billion subsidy Android special: As the saying goes, there is no harm without comparison. The newly released iPad (10th generation) sets off the previous iPad Air very fragrant: the former is only the A14 chip, which only supports the first generation of Apple Pencil, while the latter has the performance monster M1 chip, which is suitable for It comes with the second-generation Apple Pencil.

Although Apple’s original “knife precision” kept the price difference between the two at about 1,000 yuan, all this does not hold true for the tens of billions of subsidies: the large subsidy has lowered the iPad Air to 3,788 yuan before the coupon, and there is no choice. reason. Even in the game world with crazy involution appearance and lighting effects, the design of Shadow Knight Engine Pro can be regarded as eye-catching. The square body, partitioned keyboard backlight and special screen design are easy to gain everyone’s love, and the i5- The configurations of 12500H, full-blooded RTX 3060 and 165Hz gaming screens are also top-notch at the same price. If you need to buy a gaming laptop, consider it for sure. There was bad news for gamers in August: PS5 game consoles have undergone massive price adjustments around the world due to factors such as supply chains, inflation and exchange rates. Specifically in the Chinese market, that is the price of the most popular optical drive version. The increase of 400 yuan to 4299 yuan is equivalent to letting players buy a 3A masterpiece for nothing.

Fortunately, Pinduoduo has now made up for this shortcoming. Buying the PS5 of the National Bank on the tens of billions of subsidies, the price after the coupon can be reduced to less than 3,700 yuan, which is cheaper than the official website price before the price adjustment. less money. It has to be said that MagSafe has opened up ideas for Apple accessories, and the emergence of magnetic power banks is an example. When placed on the stand, it is a magnetic wireless charger and mobile phone stand; and when you need to go out, take the power bank on it with you, and it becomes a “second battery” with you, providing power protection anytime, anywhere , don’t worry about the embarrassment of ordinary power bank forgetting to charge. The separate design and 20W fast charge make it practical. The epidemic situation in autumn and winter is not optimistic, so that everyone is almost always wearing masks when they go out. However, as the temperature dropped, the spectacle party encountered a problem, that is, the exhaled air was easily blocked by the mask and blown onto the eyes, leaving a white fog on the lenses. If you don’t want to live in fog every day, either use a specially designed mask with a top block, or try spraying the lens with anti-fog agent – it can make the lens less foggy for up to 72 hours, saving everyone Clear view.

Want to save even more? no problem! 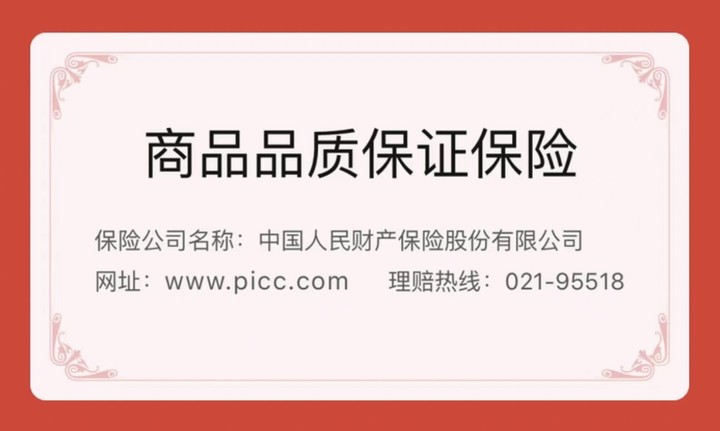 The ultra-low price + large-value coupon package discount is sincere enough, right? What’s more interesting is that in order for consumers to buy reliable products, the products with tens of billions of subsidies on the shelves must be screened strictly to avoid the inflow of fake and shoddy products from the source; The “Quality Insurance” launched by the United Insurance Company protects consumers’ after-sales rights and interests. Countless people have used their personal experience of “getting off the bus safely” to prove the reliability of the tens of billions of subsidies.

Where else can you find such a cheap and trusted platform? It’s better to take action, take advantage of the super subsidy during the good start of 11.11, open the 10 billion subsidy and place an order!

This article is reprinted from: https://www.ifanr.com/app/1519673
This site is for inclusion only, and the copyright belongs to the original author.