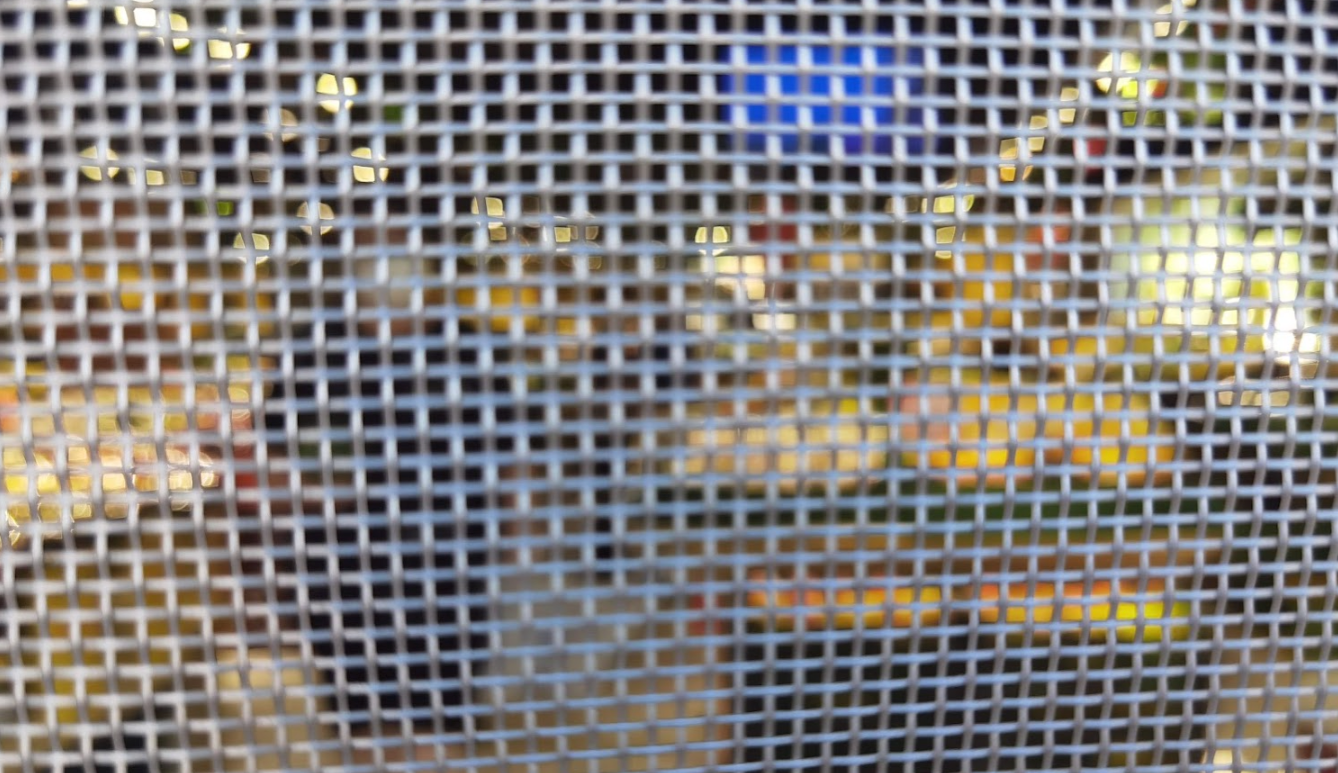 Note: Beijing is sultry today, and the unit building of the community is powered off for a period of time, which is really irritating.

A few days after I left Beijing last week, I was greeted by a pop-up window ③ not long after I came back.

I think I followed the rules from start to finish:

However, I still got a pop-up window for following the rules of the game . Fortunately, it happened on weekends, which did not affect my travel to work. But it still annoys me — even if it only prevents me from going to the supermarket to buy watermelon this hot summer day — but the feeling of being manipulated for no reason is as disgusting as eating flies .

When registering my itinerary information, I mentioned that I have been to the urban area of ​​a certain city in China. At this time, the staff looked up and said: Home isolation. I was stunned for a moment, and asked in return that there is no epidemic in this urban area, but a county-level city below this city that has an epidemic. Which policy says to isolate at home? ──I have checked the policy and argued for it.

The other party replied: The above said to be isolated at home, we just implemented it .

The stalemate could not go on, and finally I signed the letter of commitment, and the other party got a piece of promise as if they got a pot , just throw it away when you need it. Then let me register the information in Beijing Heart Help. When I saw the words “Beijing Heart Help”, I felt great irony. In my opinion, it was “shocked heart.”

That’s all, I don’t want to say more about the rest. I remembered a sketch by Mark Twain and said everything I wanted to say:

​ Saturday night we left New York via the Pennsylvania Railroad. The next morning after breakfast, we stepped into the limousine, but found it deserted and dreary. There were only a few people in the carriage, and there was no activity. So we went into the little smoking room of that car and saw three gentlemen sitting there. Two of the men were complaining about a rule the railroad had put in place that banned playing cards on Sundays. It turned out that they had just started playing the “Big and Little Jack” card game, which was said to be without taboos, but was later stopped. The major expressed concern. He said to the third gentleman:

“Are you against them playing cards?”

“Not at all. I’m a professor at Yale University, and although I believe in religion, I’m not biased against many things.”

Then the major said to the other two:

“You may continue to play, gentlemen; since there is no objection here.”

One of them wouldn’t take the risk, but the other said he’d love to do it again if the major would play with him. So the two of them put a coat on their lap and began to play. After a while, the conductor of the special passenger car came and said rudely:

Major is shuffling. He just washed and said:

“Playing cards is prohibited, whose order is this?”

“It’s my order. I’m not allowed to play cards.”

“Did you come up with the idea?”

“The idea of ​​banning poker on Sundays.”

“Then this is not your order at all, but the company’s order. Is that right?”

“Yes. However, if you still don’t stop playing cards, then I must force you to stop immediately.”

“Having haste does little good, it often does great damage. Who authorized the company to issue such an order?”

“My good sir, that has nothing to do with me, besides…”

“But you forget, it’s not just about you. It could be a big deal to me. Indeed, it’s a big deal to me. I can’t break a statute in our country and not at the same time. Shame on myself; nor can I allow any person or company to use illegal regulations to interfere with my liberty (which is what the railroad companies have always tried to do) without sullying my civil rights. So now let me Going back to the question just now: Whose authority is the company issuing this order?”

“I don’t know that. It’s their business.”

“It’s my business too. I doubt the company has any right to publish such a regulation. The railroad goes through several states. Do you know which state we’re in now and what laws are in that state in this regard? “

“Its laws have nothing to do with me, but I have to follow the orders of the company, and it is my duty to forbid it, gentlemen, it must be forbidden.”

“Perhaps that is the case; however, it is better not to be hasty. In ordinary hotels, they have some rules posted in the room, but as a rule invoke the law of the state as the basis for those requests. I see here. There’s no such thing posted. Please show your credentials and we can make a decision, because you can always see that people’s poker game is ruined by you.”

“I have no credentials of this sort, but I have orders, and that alone is enough. Orders must be obeyed.”

“Let’s not jump to conclusions. It’s better for us to calm down and discuss this matter carefully, to see what principles we are sticking to, lest either side make mistakes – because, depriving American citizens of liberty, this matter It seems far more serious than you and the railway company imagined, and until the depriver of liberty can prove that he has the right to do so, I will not allow him to be so reckless in my presence, and…”

“My dear sir, do you want to lay down the cards?”

“It may not take long. But it depends. You say the order must be obeyed. Must. It’s a tough word. You can see how tough it is. Of course, a reasonable one. The company, will not authorize you to carry out such a draconian order without establishing a method of punishing those who violate the rules. Then it will become a dead letter and only make people laugh. What should be the punishment for violating this rule?”

“Needless to say, you must have made a mistake in this. Your company will order you to come here, rudely interrupt an unrestricted entertainment, but will not teach you what to do in carrying out this order? Don’t you think this is absurd? If passengers refuse to obey this order, what are you going to do with them? Are you going to take their cards?”

“Are you going to get off the bus at the next stop for breaking the rules?”

“This, no—of course we can’t do that if he has a ticket.”

“Did you take him to court?”

The conductor was speechless, obviously embarrassed. The major began to deal the cards again, and he continued:

“You see, there is nothing you can do about it, the company has put you in a very embarrassing situation. You have accepted an arrogant order, you are bluffing, and you are going to carry it out, but when you analyze the matter carefully, you find that you have no idea at all. Ways to force people to obey.”

The conductor held the shelf and said:

“Gentlemen, you have heard that order, and I have done my duty. As for whether to obey it, then you can do it.” After saying this, he turned to leave.

“No. What good would that do?”

“I tell you not to ban this card game, and I didn’t obey the company’s order. As a citizen, I have the responsibility to assist the railway company to supervise its employees to act according to the rules.”

The conductor looked bewildered. He pondered for a while, and then suddenly said excitedly:

“It’s like I’m looking for trouble! It’s a complete mess; I’ve been knocked out; this is something I’ve never encountered; people always rely on you and never say a word, so I also Never noticed how absurd that stupid order with no punishment was. I’m not going to sue anyone, and I’m not going to be sued by anyone – look, that’s going to get me into a lot of trouble! Now you guys Keep playing poker–all day if you like it–and let’s stop making trouble for this sort of thing!”

“No, I’m sitting here only to defend this gentleman’s rights – now he can come back to his seat. But before you leave here, can you tell me what you think the company has made this What’s the rule for? Can you come up with an excuse for this — I mean, a reasonable excuse — an excuse that isn’t at least superficially stupid, an idea that doesn’t look like an idiot? “

“Well, of course I can. Ask why it was made, and it makes sense. It’s to not hurt the feelings of the other passengers – I mean the religious people among the passengers. Playing cards in the car on Sunday , desecrated the Sabbath, that would displease them.”

“I thought the same thing. But they would like to travel on Sundays and desecrate the Sabbath themselves, but not others…”

“My goodness, you’re on the point! I never thought of this before. The truth is, if you start analyzing it, you know it’s a stupid rule.”

Just then, the conductor on the other train came over, intending to ban card-playing very tyrannically, but the conductor of the limousine stopped him, pulled him aside, and explained it to him. Haven’t heard them talk about it since.

​ —Excerpt from Mark Twain’s “On the Road with the Changers”

This article is reprinted from: https://aaronnick.github.io/posts/pop-up3/
This site is for inclusion only, and the copyright belongs to the original author.