Recently, a game called “Barbecue Simulator” was launched on Steam, and the gameplay is just one – “Barbecue”. Players only need to put the raw meat on the stove, turn the meat over at the right time to avoid burning, and finally eat it with the sauce cloud to achieve true 0 sugar, 0 fat, and 0 calories.

Food elements have always been a common element in major games, and designers of major game manufacturers seem to have a dream of becoming a chef. With the upgrade of technology and painting style, the texture of food has also been greatly improved in the game.

Those “electronic delicacies” that make us cry across the screen feed the “hungry” hearts of players again and again in the game.

Game makers who love to cook

In addition to “Barbecue Simulator”, there are several games on the Steam platform that incorporate cooking elements.

Among them, the most sophisticated style is the “Final Fantasy” series. In “Final Fantasy 15”, in addition to the toast and rice balls that can be seen in the early stage, there are also various types such as skewers, steak, curry soup, etc. in the later stage. Delicious, it really makes people drool crazy after watching it. No wonder some players call FF15 a food tourism game. The “Final Fantasy” series will become a “Food Fantasy” series. After all, the game size of 60G and the 40G food texture pack are not false rumors. of! 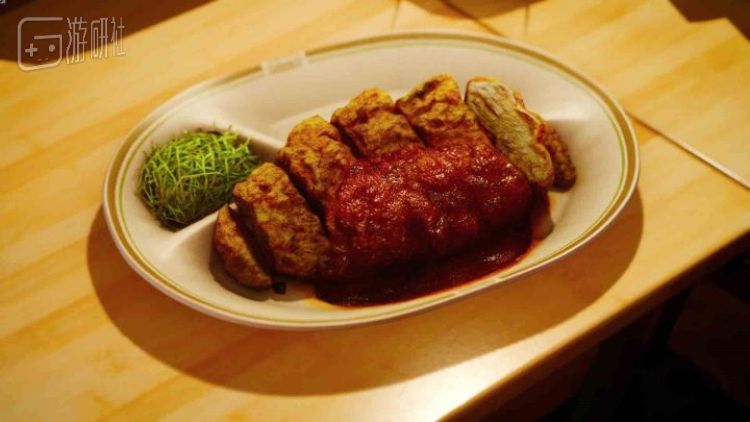 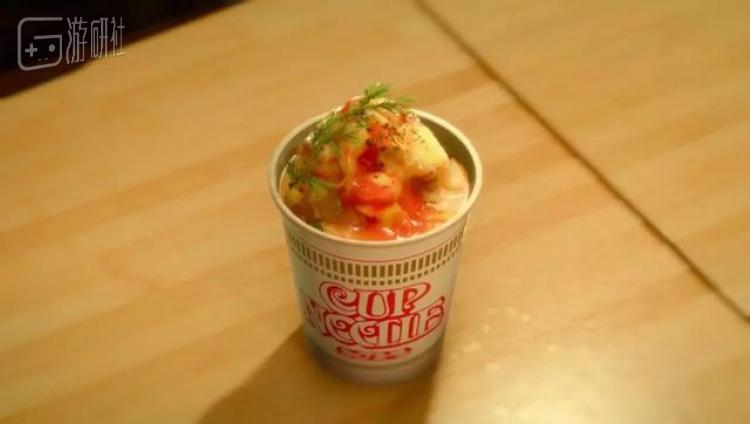 In the “Monster Hunter” series, barbecue and cooking are two important elements of the game. Eating a hearty meal made by cats before going out is definitely an essential part of the hunting trip. When it was just released, some players even rushed into the game store to indicate that they wanted to buy the “game that can grill meat”. The barbecue music in the game and the line “The barbecue is ready” has also been deeply rooted in the hearts of the people.

In the game, there are a total of 102 kinds of ingredients (30 kinds of meat, seafood, vegetables, and 12 kinds of wine). Through combination, you can cook dishes with different buffs. Players can eat cat rice to improve their attribute status or It’s to add some extra skills. 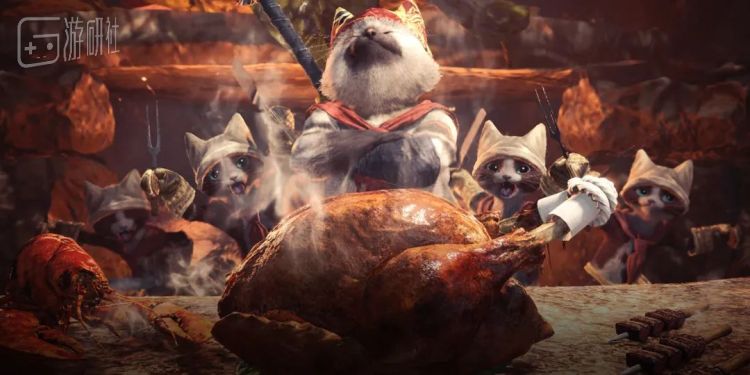 In another pirate game “ATLAS” on the Steam platform, Chinese players conquered foreign players with food. This is a sandbox game set in the 16th century during the great voyage. In the game, Chinese players are very keen on the production of food, and many of them work as cooks on board.

Chinese players are very good at creating advanced dishes, and these advanced dishes are very important in the game. For example, “Song of the Sea” can provide a buff for underwater breathing, so that players don’t have to worry about lack of oxygen.

In order to seek BUFF food made by Chinese players, many foreign players spend a lot of money to buy them, and even choose to join the Chinese People’s Guild. This is really no less than the love of foreigners for Chinese food in reality. 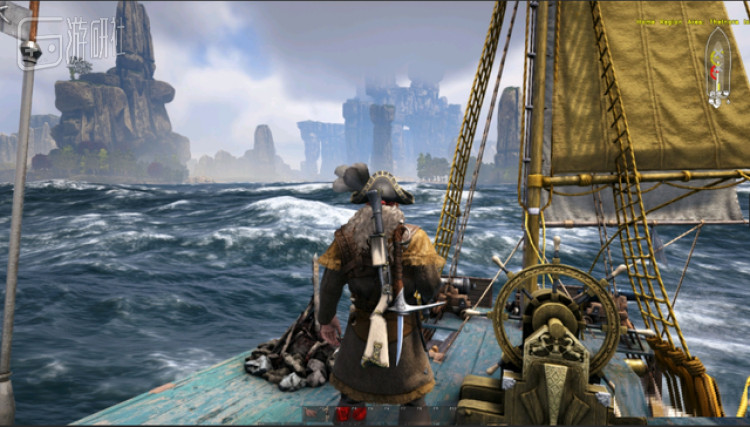 Nintendo is another company with a passion for food. “The Legend of Zelda: Breath of the Wild” has created a “Hairaroo on the tip of the tongue” for players with an open game experience. During the journey, Link collected various ingredients and condiments, and then threw the collected ingredients into the pot, and the food was ready in a while. What temple, Ganon, sit by the bonfire and have a full meal first. .

The game gives players a great degree of cooking freedom, and the rich ingredients can make all kinds of food with different attribute bonuses. Of course, it is possible to make “excellent dishes”, “exotic dishes” and “subtle dishes” by accident. These dark dishes with mosaics. 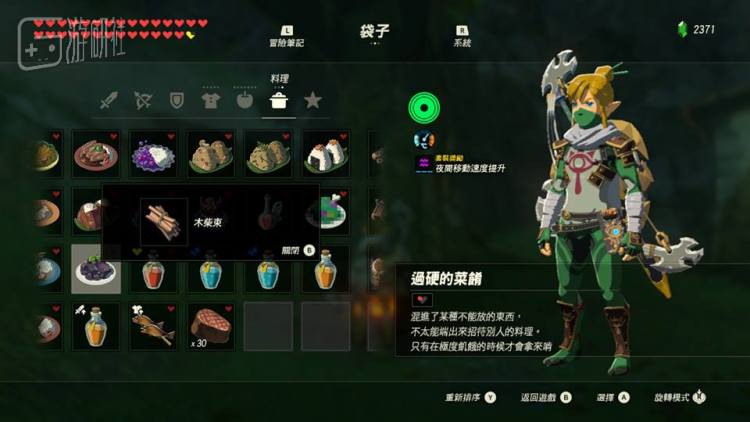 In Ranch Story and Assemble! In Animal Crossing, the cooking system is also added. A Hong Kong player opened a nostalgic food stall in Dongsen, and moved Lo Mein, Lemon Tea, Shang Tang Yi Noodles, etc. to the switch. Even KFC, HEYTEA and other brands have opened their own stores on the island.

On the days of growing vegetables and fishing on the Nintendo farm, don’t forget to check in these delicacies. 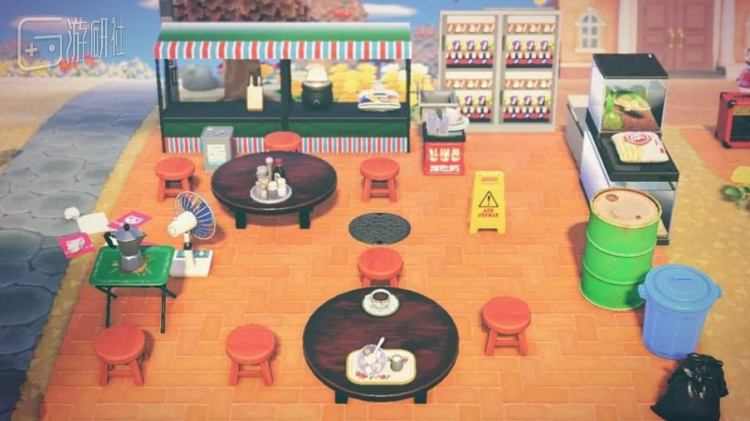 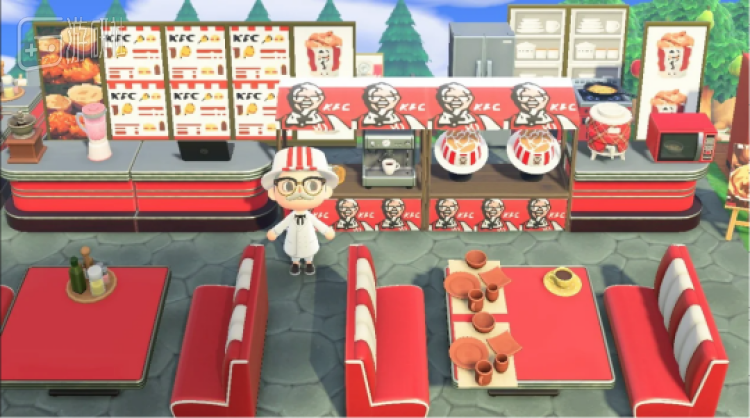 Game makers have also launched official recipes “without doing their jobs” to make up for the sadness of players “seeing and not being able to eat”.

Among many manufacturers, Blizzard likes to launch this kind of peripherals the most. From “World of Warcraft” to “Hearthstone”, and even “Overwatch” have launched a lot of recipes. Blizzard’s recipes can be said to be beautifully framed. In addition to taking pictures of the finished products of each dish, there will also be a list of food production methods and ingredients. In addition, there are some official Tucao hidden in it.

Because of different worldviews, many recipes will replace in-game materials with in-game content. For example, the “Deformed Puffs” provided by the official recipe in “Hearthstone” turns the original beef into mutton. The reason is to cooperate with The spell “Sheep Transformation”. Another example is the “Super Delicious Chimera Cutlets” in “World of Warcraft”. According to the design in the game, players should use Chimera ribs, but in the real world, they have to be changed to pork ribs. 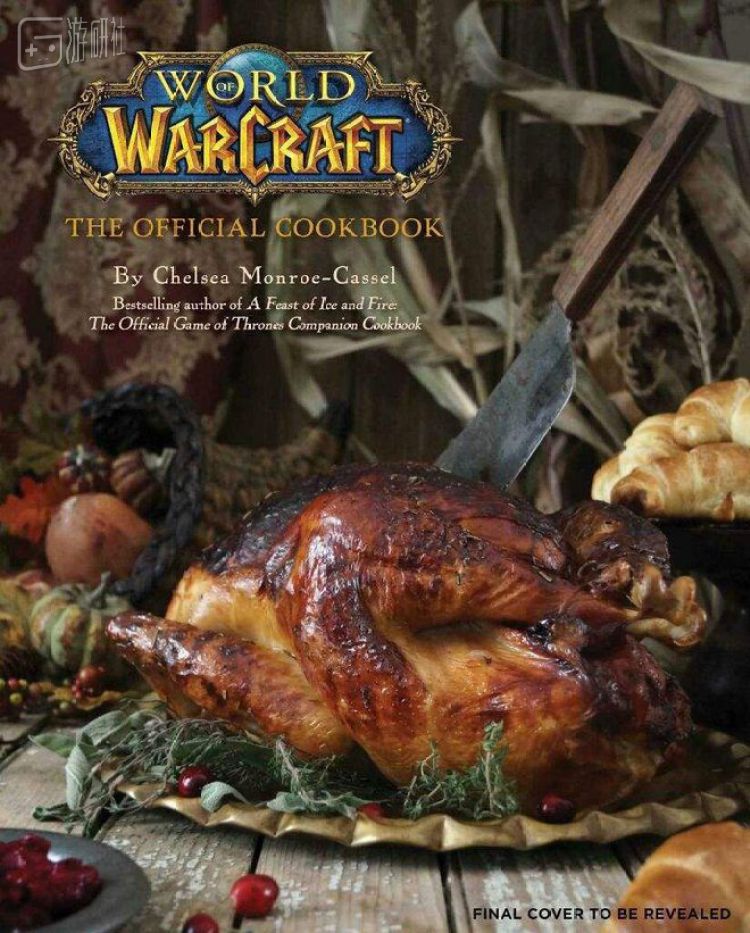 CDPR will also launch the official Witcher cookbook this October, featuring 80 recipes from the game, written by Anita Sarna and Karolina Krupecka, who run the Witcher’s Kitchen website, which is “inspired by Witcher games and books” “Recipe” featured, the editor also told everyone not to worry about the ingredients, “Obviously, you can use beef instead of elf meat, if it suits your taste more.”

In addition, you can also taste the same delicious taste of game characters in many game-themed restaurants. While playing the game, enjoying the food that appears in the game is definitely a treat for players.

Japanese game makers are pioneers in this regard. Japan, with a strong otaku culture, has many game themed restaurants, such as SE’s “Final Fantasy” themed cafe, Capcom’s “Monster Hunter” themed restaurant, and so on. 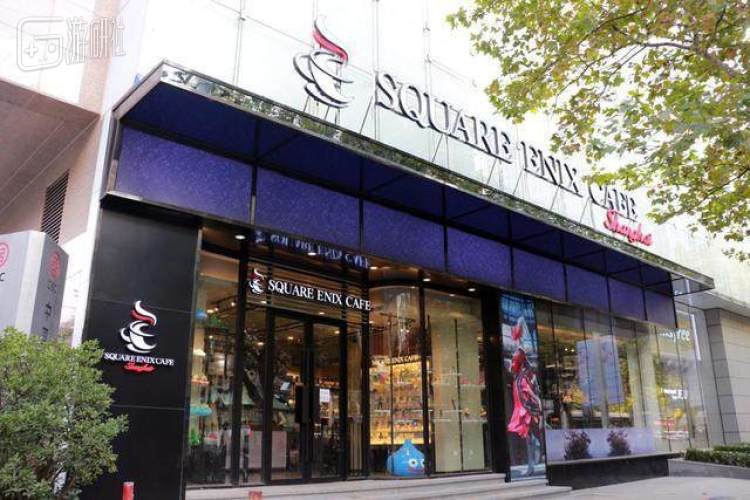 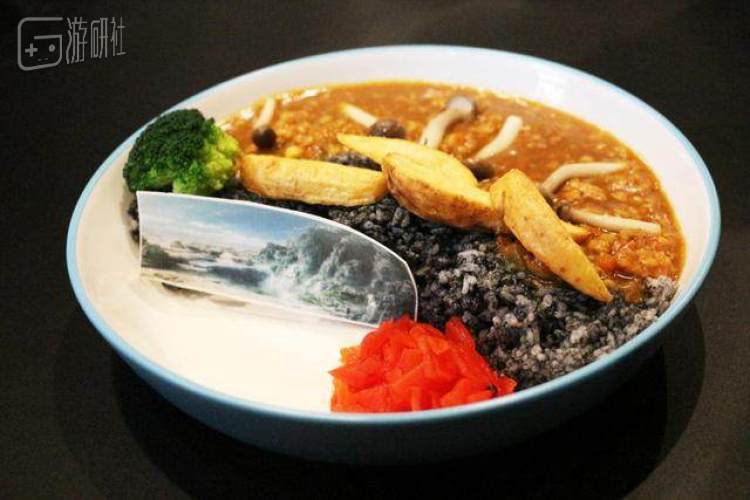 Not to be outdone by the electronic delicacies on these screens, players have also started their own attempts to reproduce these game delicacies.

The daily pusher @sleepy6y6 has restored a series of delicacies in The Legend of Zelda: Breath of the Wild, which looks no less than Link’s cooking! 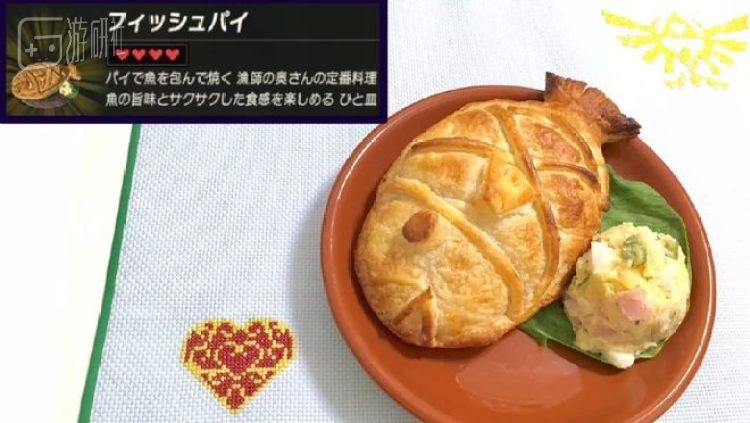 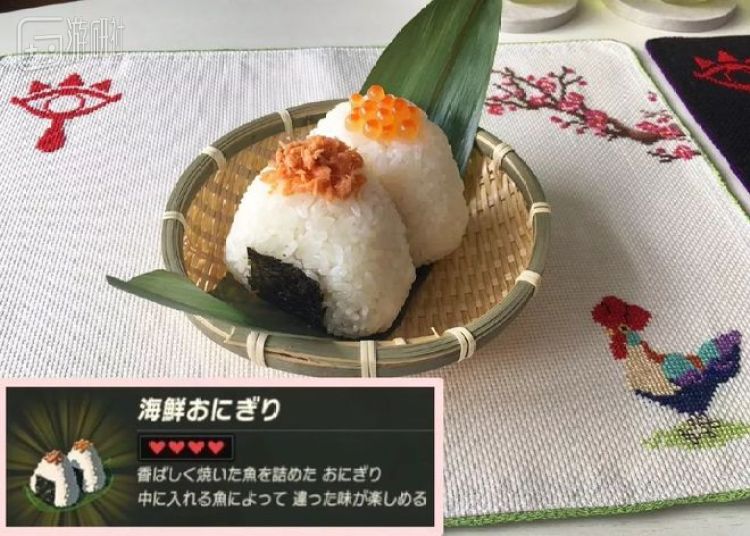 B station up owner @PHINA Mai Tai Yau perfectly restored a real cat rice for her husband, including creamy lobster soup, roast beef, grilled skewers, Spanish paella, etc. It can be said to be ingenious. 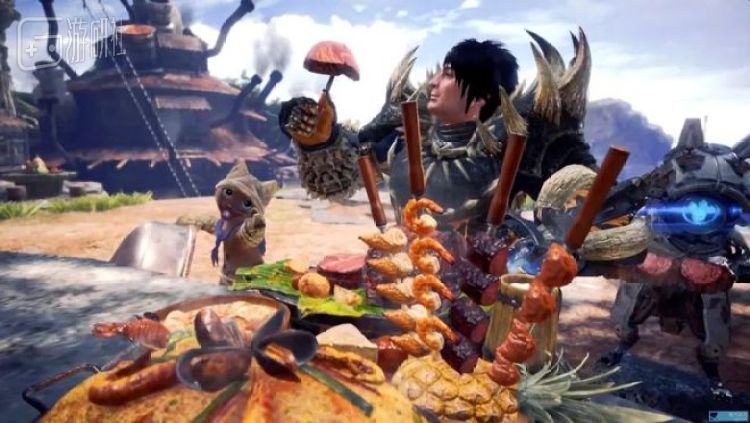 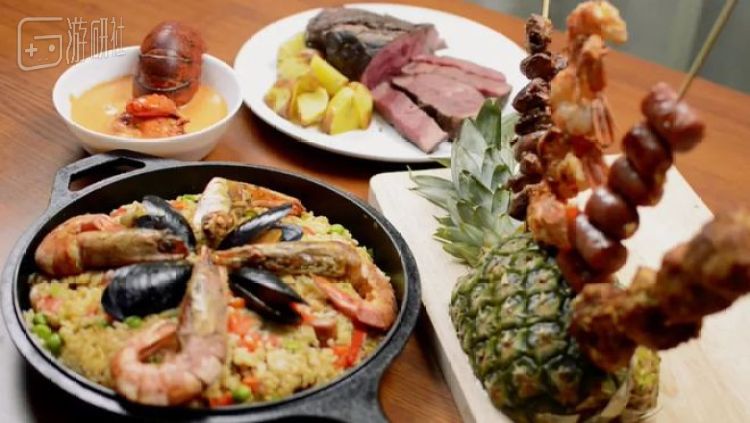 On major video websites, you can see that players are always happy to make those in-game delicacies. Don’t look at the delicious food that can be completed with a few buttons in the game. In reality, it takes a lot of effort to reproduce.

I don’t know if I eat these foods made according to the game recipes, will I add some buffs to myself?

The electronic food in the game breaks the dimensional wall and builds a bridge between virtual and reality, making the game more realistic and immersive.

Game makers are well aware that in order to capture the hearts of players, they must first capture the stomachs of players, and interesting dishes can add a lot to the game. For those of you who are too busy to cook on weekdays, or worry about frying the kitchen, let’s go to the game, simply move your fingers and cook a big meal for yourself!

Before playing these games, though, remember to keep a snack on hand.

The correct way to open the food in the game

Final Fantasy 14 themed restaurant opened in Shanghai on the 17th, interpretation of the ultra-detailed limited menu

This article is reprinted from: https://www.yystv.cn/p/9240
This site is for inclusion only, and the copyright belongs to the original author.