This is the second time that “Ming Tide” has entered the public eye after the first exposure of CG. “Ming Tide” is the current third product of Clow Games (the first two are “Battlefield Double Ponytail” and “Battle Double Pamish”), the type is ACT + open world + two-dimensional.

At present, the official has not announced the specific content of the first round of technical testing, but from the previous game record, we can see many settings and details displayed by “Ming Tide”:

One is the eschatological style of coexistence of opposition and conflict. There are various elements mixed in the game setting, and they are opposed to each other, such as the opposition between traditional Chinese architecture and ultra-modern cities, the combination of swords, gourds and elements of partial magic science fiction, the civilization of human gathering places and the desolation of the surrounding wasteland.

The second is the battle under the open exploration world. Combat action was the focus of publicity for the first few mobile games of Clow Games. “Ming Tide” also incorporates many parkour actions such as wall-slamming, tumbling, jumping, hanging ropes, and gliding, and it can be seen from the recorded video display that these actions can be combined with combat, such as using terrain to jump and slash. Or use the “flying insect”-like sling setting to perform air strikes.

From the design of the questionnaire, we can also see a little tendency of “Ming Tide” when selecting test objects.

When you click on “Action Games”, “Open World Games”, “Shooting Games” and ” MOBA Games”, there will be further detailed questionnaires, which may mean that in addition to the battles shown in the recorded video, “Ring Tide” The combat system also includes a long-range shooting combat mode and a multiplayer confrontation mode. 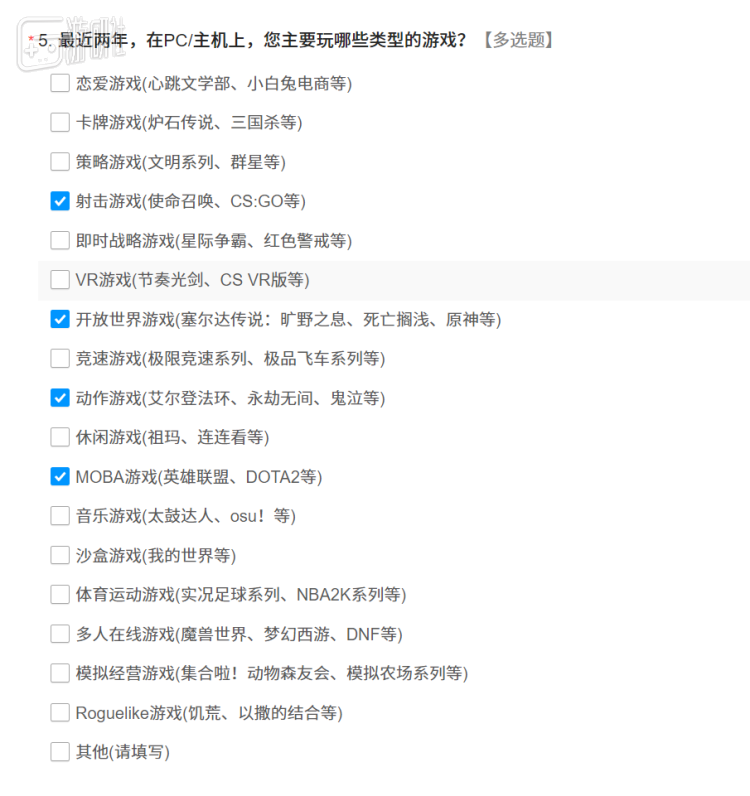 In addition, in addition to PC and mobile terminals, the questionnaire also includes information collection and exploration for console game experience, which means that “Ring Tide” will also be released on consoles in the future.

This article is reproduced from: https://www.yystv.cn/p/9272
This site is for inclusion only, and the copyright belongs to the original author.